At E3 2018, Techland showed first showcased its ambitious vision for Dying Light 2. Not only did they want to build a bigger world with refined gameplay mechanics, but they also wanted to vastly expand their storytelling capabilities. Last year, they gave a small tease of what they call the Narrative Sandbox, and at E3 2019 they were finally able to showcase their ambitions alongside some rousing gameplay.

Dying Light 2’s plot structure is a radical departure from the original. While we still get a pre-baked protagonist (Aiden Caldwell in Dying Light 2), his and the world’s story lacks the linearity of Dying Light. The Narrative Sandbox concept stems from the choices you make throughout the journey. Every action leads to massive repercussions, ones that completely alter the game. According to Techland, by the time you complete the game, you’ll likely have only experienced 50% of the content. To better explain the sandbox, the developer showed off a lengthy demo. 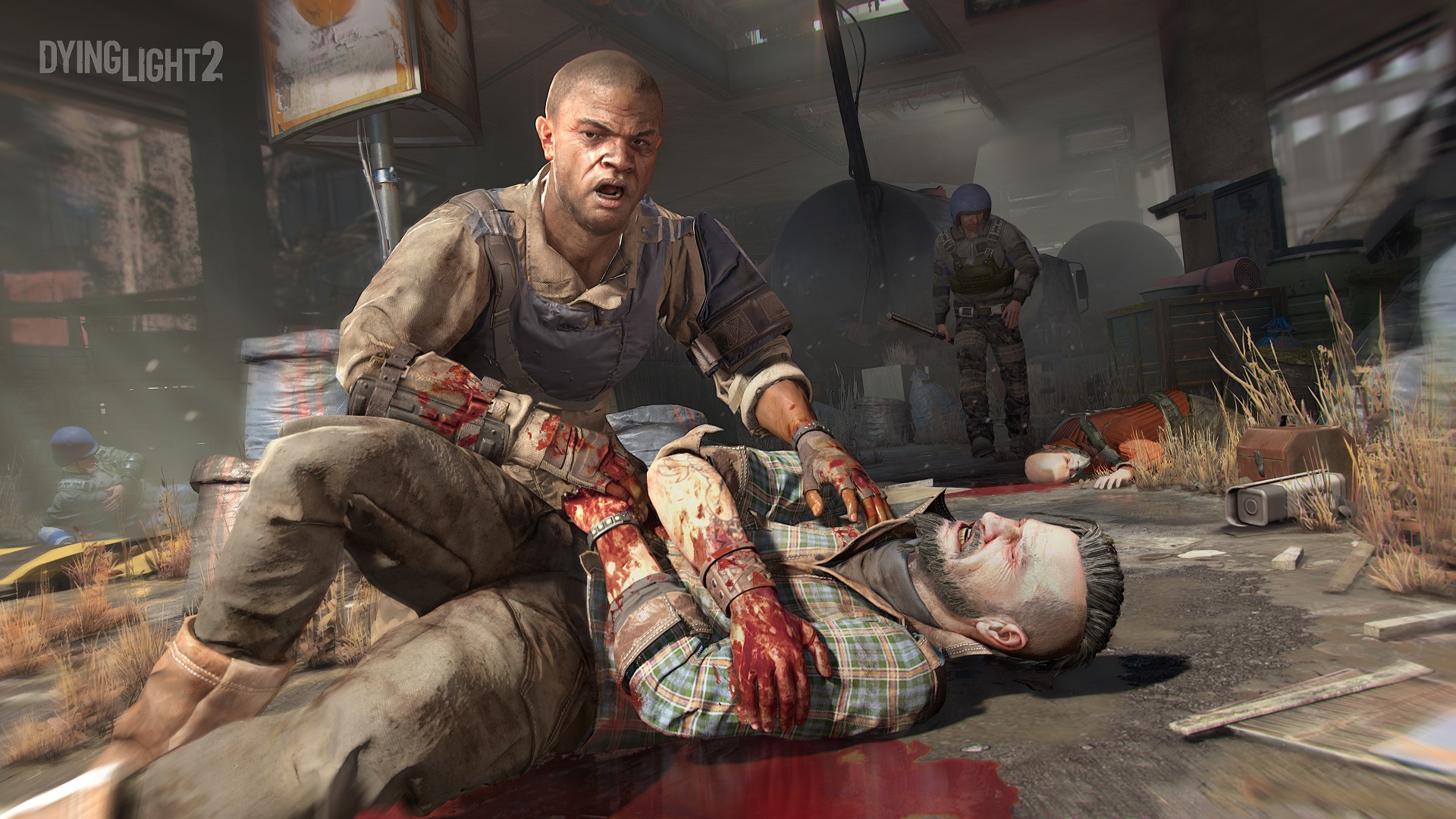 The demo took place in a dilapidated city. It has been fifteen years since the outbreak in Harran and the disease has since spread globally. The demo mission takes place in District 2, one of seven regions players can explore. A man known as the Colonel leads a group called the Renegades. They’re holed up on an island that conveniently houses the city’s water pumping station. The City’s water supply is about to run dry and Aiden’s friend Frank calls for a meeting with the world’s two main factions, the Scavengers and Peacekeepers. The goal is to make peace and convince the Colonel to start the pumps. Off-screen, however, Frank is shot. Matt, the leader of the Peacekeepers, tells you the Renegades did it and to chase down their escape van.

Dying Light 2 refines Dying Light’s mechanics. The slick parkour moves that allowed players to climb buildings, leap great distances and perform acrobatic wizardry are all back and look polished. Melee combat is the focus of fights with players able to mod any item they pick up off the ground. Like the original, success in Dying Light 2 comes from combining both parkour and melee combat to survive tough encounters. At one point during the chase, poor Aiden fell into a nest of Infected. The new UV flashlight was able to subdue them for a time, but eventually, he needed to bound off. Hacking off approaching Infected and using others as platforms for jumping off, Aiden made it back into the light. Later, Aiden fought a heavy brute with tons of armor. Here, players need to use their parkour to disorient the enemy before he can be attacked. 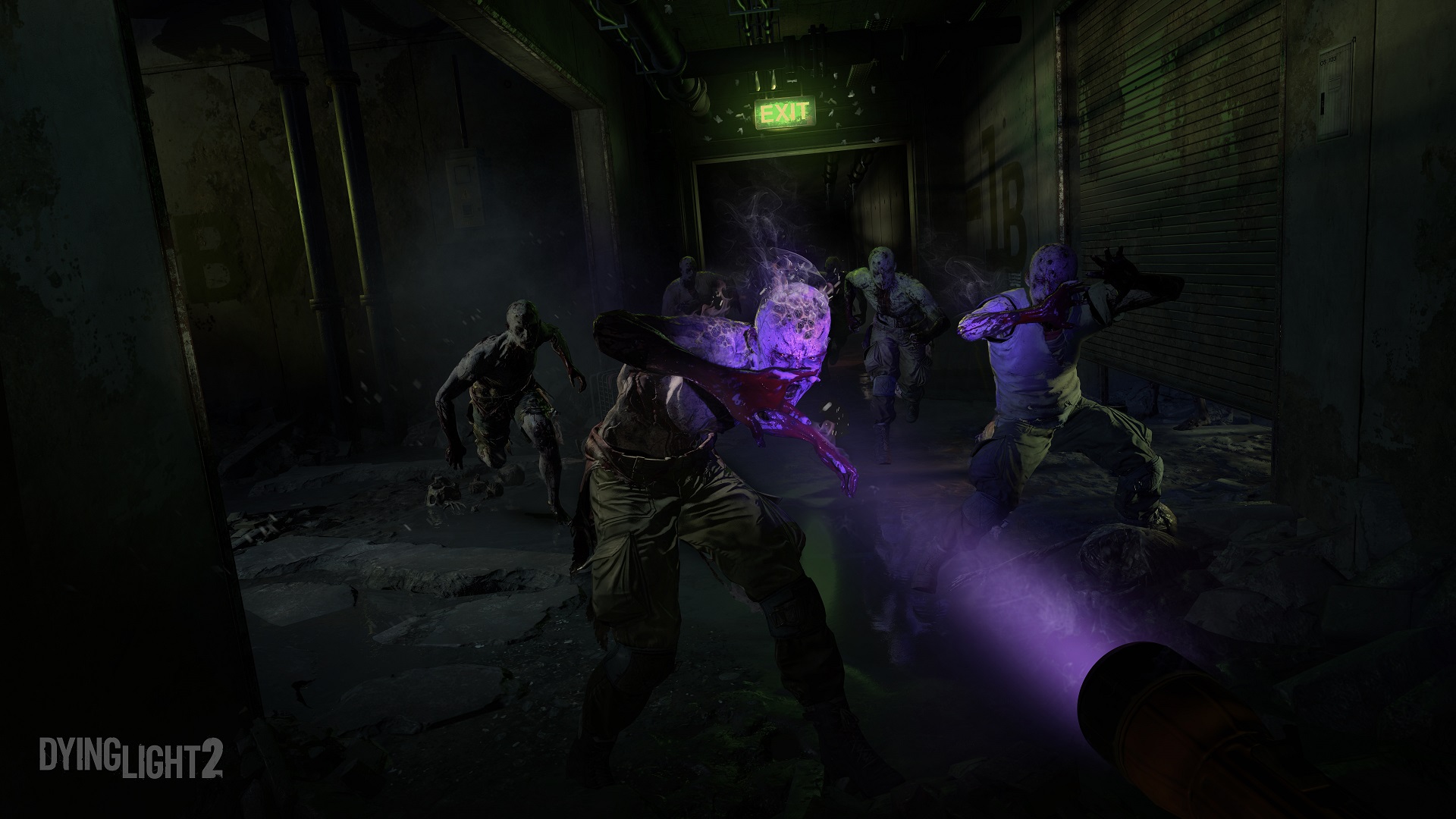 After the exciting chase, Techland began to delve into the Narrative Sandbox. First, Aiden had to decide whether to spare or kill the van driver, Steve. The developer ultimately spared Steve and pointed out that should we have killed him it would be much harder to infiltrate the island. After making it inside, it’s clear that everything you’d heard about the Colonel was a lie. What Aiden finds on the island is a peaceful community, nor does the Colonel seem all that bad. In fact, he’s in utter shock to hear about Frank and suggests that the Peacekeepers set him up. Techland, however, opted to side with Matt and his Peacekeepers.

After a final battle against the Colonel’s men, which also introduced an awesome harpoon launcher, Aiden turned on the pumps. As expected, the pumping station began delivering water to the city. It also opened a new submerged part of the city for players to explore. The choices made in the demo, however, also led to some terrible consequences. The Colonel was right; the Peacekeepers were planning on attacking the island. Worse, it turns out the area was flooded for a reason. By turning on the pumping station, Aiden inadvertently unleashed a new type of Infected on the city. 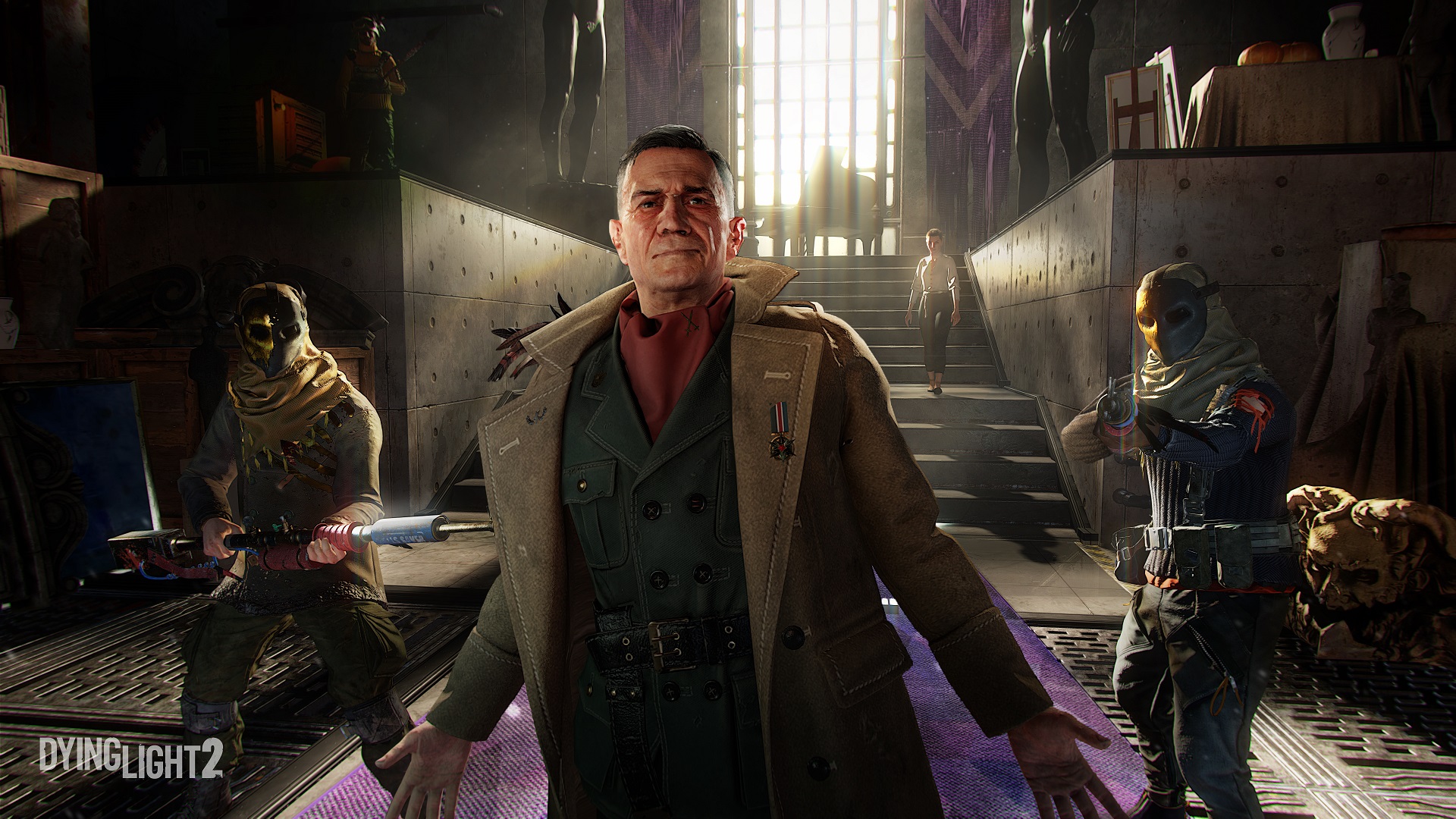 These are just some of the hard choices players face throughout the game. In Dying Light 2, Techland intends to make players think thoroughly about their actions. Everything comes with consequences, both good and bad. Combined with refined gameplay, profoundly improved visuals and up to four-player co-op, Dying Light 2 appears to be a huge step up from the first game.