Dragon Ball Z has an extensive video game history. The popular anime has generated games across multiple console generations. Unfortunately, the franchise has also generated games that run the gamut of varying degrees of quality, ranging from excellent to forgettable. The newly-announced title, Dragon Ball Z Kakarot, is an action RPG where the goal is to relive the beloved Dragon Ball Z story as a video game. As such, the target audience is those that are familiar with the popular anime as it will cover a lot of familiar ground, but there’s also promise that some new additions will be included to help flesh things out and provide extra incentive to revisit the story.

Part of the appeal of Dragon Ball Z was with the character of Goku. He was a powerful warrior indeed, but his enemies were often more powerful than him. He did extremely arduous training to become the best he could possibly be and eventually overcome the insurmountable odds, but when Vegas was calculating the payout odds they were never optimistic about Goku. This is something the developers of Dragon Ball Z: Kakarot wanted to recreate in this upcoming title. Goku will begin at the bottom rung, as is the proper starting point in RPGs, but will train to make his power level eventually hit 9000 (Editor’s note: we cannot confirm nor deny his power level hitting 9000 actually being a thing in the game) and the best way to do that is to fight against opponents that are above his weight class. And that is exactly what we did in this demo. 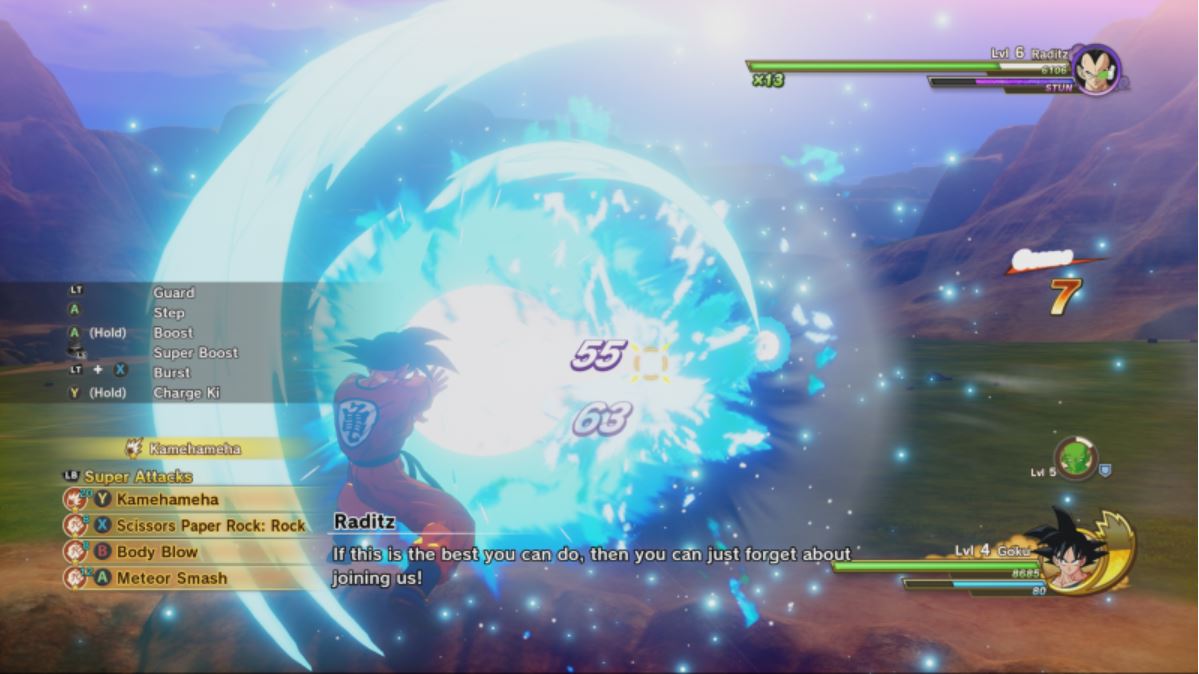 After flying around for a while with his frenemy Piccolo, the carrot and woodwind run into Raditz, who isn’t in the mood to discuss things in a rational and diplomatic matter. Raditz is clearly more powerful than Goku, and even with Piccolo’s help this is not an easy battle. It is, however, quite the spectacle of a battle. Goku, Piccolo and Raditz fly around fighting either, with Goku shooting ki blasts from a distance or closing in for some more traditional martial arts strikes. Goku is able to charge his ki and use it like magic points to unless more powerful special attacks. Both characters have attacks that can fill the screen with energy beams or send each other flying into far away mountains, as fans of the anime would except these battles to occur on such a grand scale. Dragon Ball Z: Kakarot shows promise to deliver epic battles that match what we’ve all seen on the show. And as fan of the series know, once we successfully defeat Raditz in battle the game has reached a logical place to end the demo.

The other appealing part of Dragon Ball Z is the way the characters interact outside of battle. Goku is able to freely traverse the world, whether by foot or flight, and engage in battles with lesser opponents or stop by villages. These villages are where Goku can take on various quests to assist NPCs, showing that Goku is part of a regular world with normal every day interactions with people along with becoming the most powerful saiyan warrior he can. Goku always did have that kind humanitarian side to him, and stopping by the villagers and taking on side jobs looks like a way to convey that. 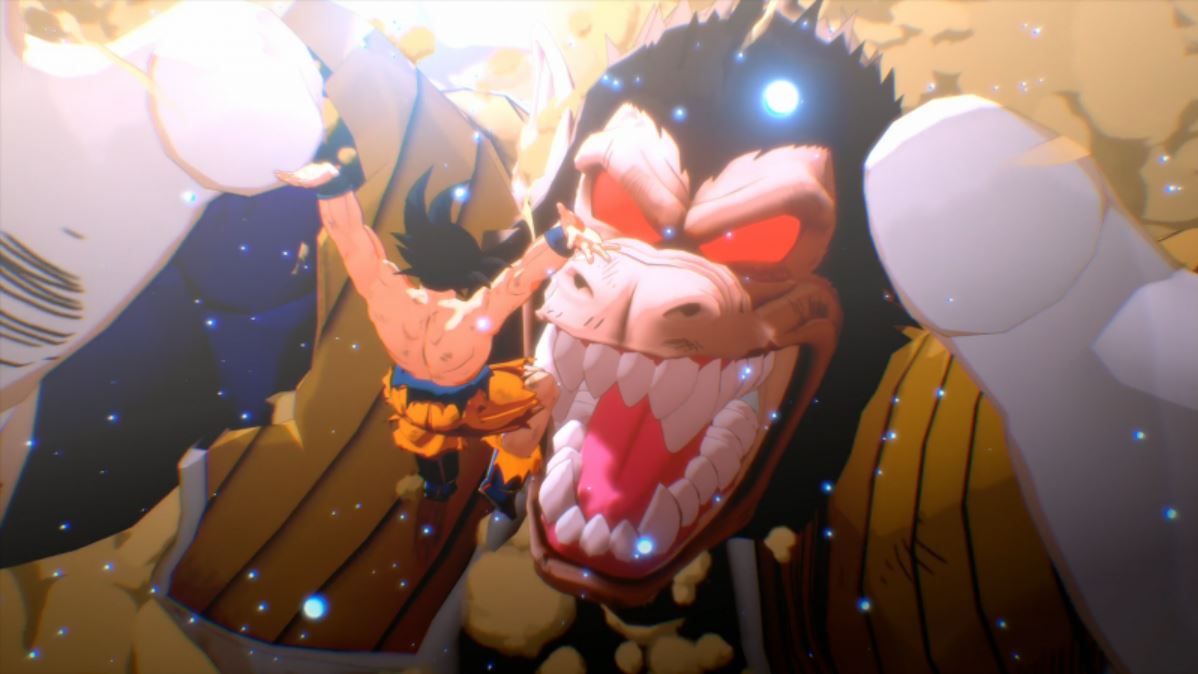 It’s hard to judge any RPG from a twenty minute demo, but what we were privy too shows a lot of promise. The graphics and animations were an accurate reproduction of the anime, with battle mechanics that felt smooth and responsive during battles that flooded the monitor screen with ki blast, energy balls and all sorts of mayhem in mid air martial arts combat. Dragon Ball Z: Kakarot is expected to drop in early 2020 for PC, PlayStation 4 and Xbox One. From our initial hands-on time, this has the looks of being a fantastic way to re-experience Dragon Ball Z in a new way with some added surprises.