It’s hard to believe, but the original LEGO Star Wars, which launched over a decade ago in 2005, was a complete gamble by developer Traveller’s Tales. The light-hearted take on the Episodes I-III won over audiences thanks to charming storytelling, simple yet fun gameplay and a host of content to play through. Fast-forward to 2019 and the LEGO formula is played out. The formula that propelled the franchise into a multi-million unit series hasn’t changed much. It’s time for a change and that’s precisely what Traveller’s Tales aims to accomplish with LEGO Star Wars: The Skywalker Saga.

LEGO Star Wars: The Skywalker Saga is the largest game in the LEGO franchise by default. After all, the game features all nine films in the saga, which means nine films worth of characters, locations and stories. To be clear, The Skywalker Saga isn’t a remaster of LEGO Star Wars: The Complete Saga with LEGO Star Wars: The Force Awakens thrown in for good measure. As Traveller’s Tales so lovingly put it, the team threw out every level they’d created for previous games and built new ones from the ground-up. So, all those levels from Episodes I-VII you previously played are gone and replaced with new ones.

‘New’ is Traveller’s Tales philosophy with The Skywalker Saga. The developer has employed new tech and new gameplay mechanics built to push the LEGO series forward. To demonstrate, the developer took us back to Tatooine, a planet that’s been in LEGO games since 2005, to show us these new features. 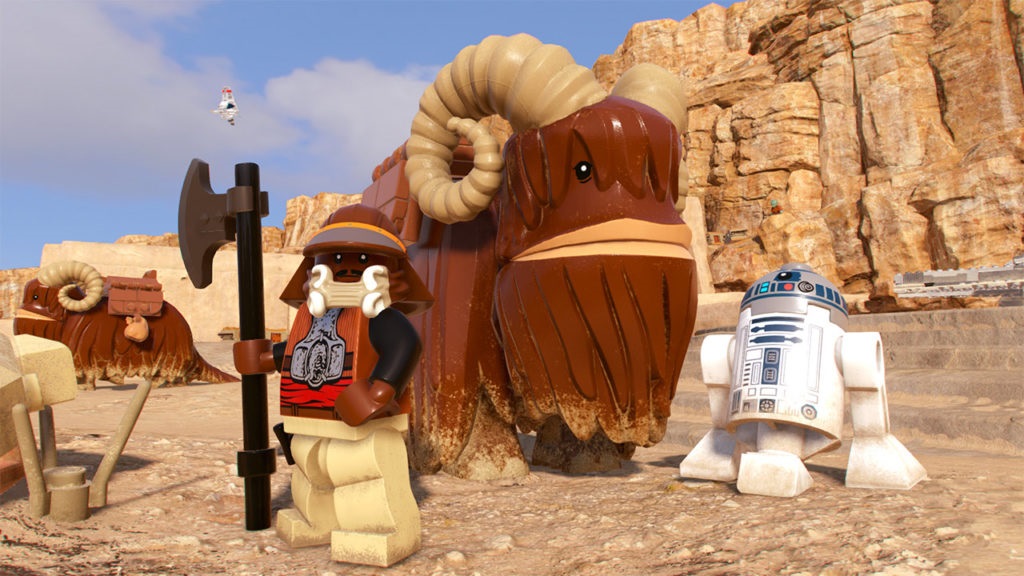 Upon landing in the desert, one of Tatooine’s three explorable hubs, Traveller’s Tale’s new tech was immediately apparent. LEGO Star Wars: The Skywalker Saga is the most beautiful LEGO game ever created. Not only did the world and characters look fantastic, but the new graphics engine enabled enhanced details one might easily miss. For example, the sand on Tatooine kicks-up and collected on a Bantha’s fur and Luke’s black pants. As usual, Traveller’s attention to detail is astounding with the developer painstakingly recreating iconic locations from the film, including the Lars Moisture Farm. For all its visual grandeur, The Skywalker Saga could still use some work, especially in performance. It was common to see the frame rate drop during the demo.

The Skywalker Saga features completely overhauled melee and ranged combat, transforming the overly simple formula into a more nuanced system. For Jedi, Sith and other melee-focused characters, players can utilize a brand-new combo system. Meanwhile, ranged characters can now ADS to fire accurate shots. Of course, inexperienced players can still use the old method of mashing the attack button, but the new options add more depth to a gameplay system that sorely needed it.

Jedi and Sith characters can also make use of overhauled Force powers. In The Skywalker Saga, Force users are free to manipulate any object in the game. Players have complete control over objects. Move them, throw them or even use a mind trick to make a target dance. It’s going to be a much better experience than in any of the previous LEGO Star Wars titles. 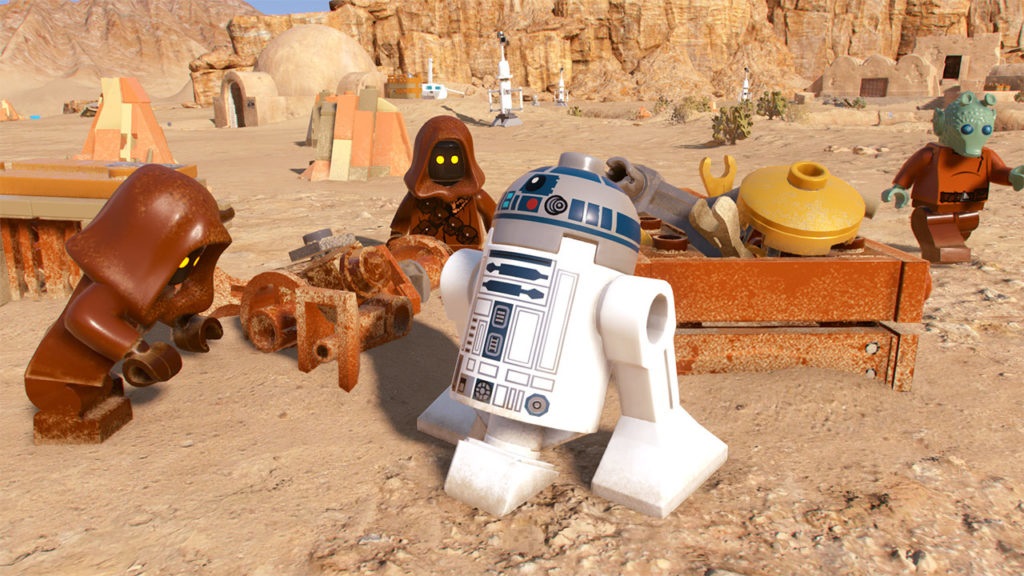 As you’d expect from a LEGO game featuring all nine films, The Skywalker Saga includes the most extensive collection of characters in any LEGO game. Though the demo focused solely on characters tied to Return of the Jedi, Traveller’s Tales did show a screen featuring characters from all three trilogies. Expect to see Anakin Skywalker, Obi-Wan Kenobi, General Grievous, Darth Maul, Count Dooku, Yoda, Luke Skywalker, Princess Leia, Lando Calrissian, Chewbacca, Darth Vader, Rey, Finn, Captain Phasma and so many more. Just like previous games, players can enjoy all these characters and stories solo or with a friend.