Team Ninja showed off their newest multiplayer battle game Bleeding Edge at E3. This new title has a similar feel to if Overwatch or Battleborn were brawlers instead of a first-person shooter, which can make for a fun game with friends. Bleeding Edge wasn’t really a game anyone was expecting at E3, at least not prior to a few days leading up to the expo before the trailer got leaked. Part of the surprise factor, aside from being a new IP, is that for the life of me I can’t think of any current game that matches this format. There’s several games out there that contain certain elements found in this one, but the total package here seems to be a new and unique experience.

Bleeding Edge is a team-based competitive brawler where two teams of four face off against each other. The roster is populated with many uniquely-designed characters with their individual abilities along with two special charge attacks, but each character fits into one of the standard archetypes of assassin, support or tank. Selecting the right character for your own playstyle and building an effective team are crucial steps to victory, as finding the right team balance between direct offensive power along with buffs and healing matters in this arena. The character I checked out during the Xbox Showcase was Nidhoggr, an undead guitarist that fits the assassin class and looks like he was planning to catch Belphegor at their LA show at the close of E3. Appropriately enough he has a special attack that shocks and stuns anyone within ranged called Ride the Lightning, which makes me hopeful there are more references to random things hidden in Bleeding Edge. 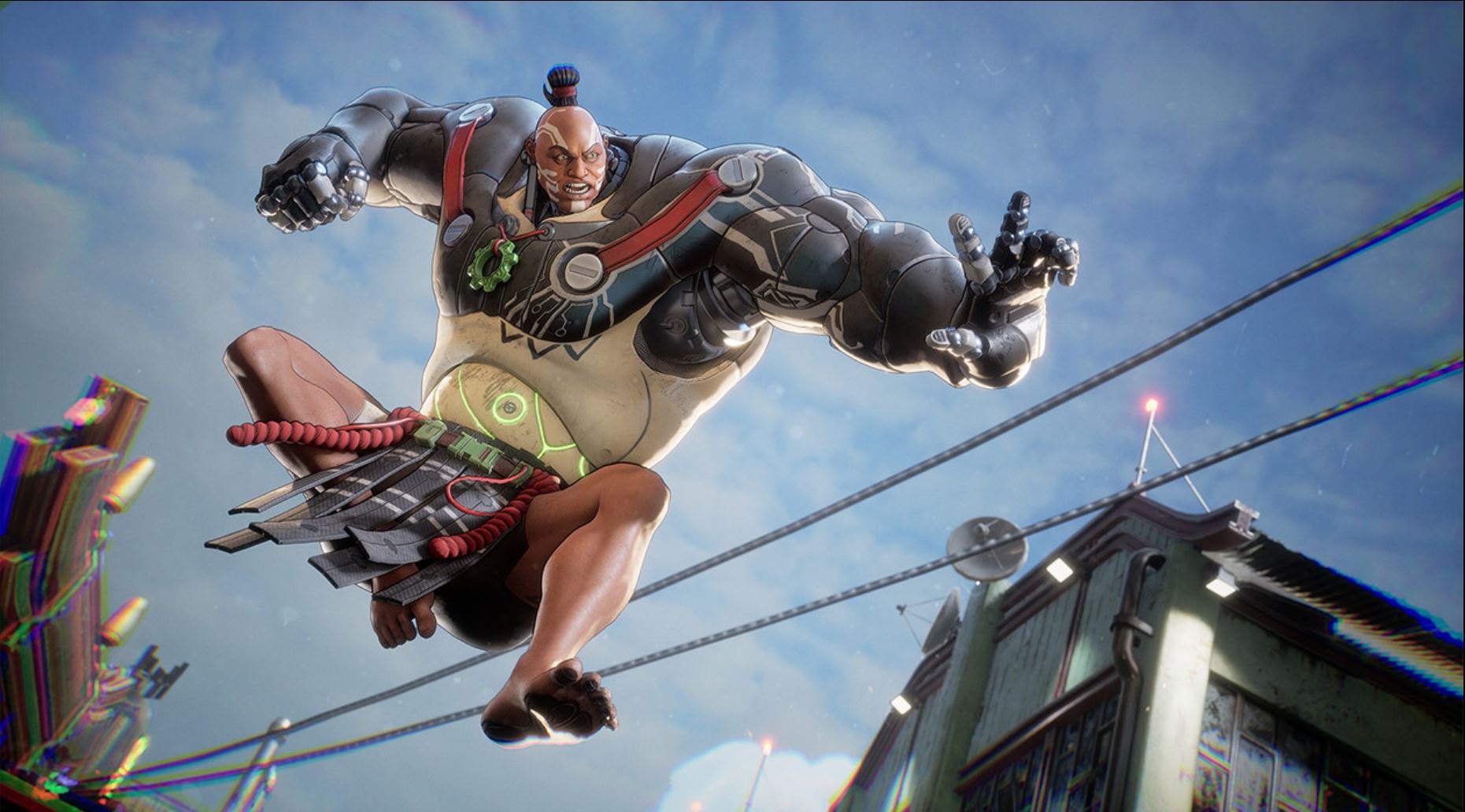 The match we played was basically a king of the hill style game. There were three control points on the map, and as is tradition, points are earned by people on your team maintaining control of these spots. Not all points are in play at all times so there is some downtime to focus on regrouping to plan out attack strategies or try to create choke points. In addition to the dangers from the other players there are plenty of environmental hazards to content with, such as electric barriers or oncoming trains. One of the more shameful deaths that happened was when I unknowingly jumped to my death in a pool of water. The overall feel of Bleeding Edge is not too dissimilar from the aforementioned hero shooters, though the actual gameplay has a much greater focus on melee combat and it’s third person. Running around battling for control of the map was enjoyable and it seems like this could be a viable addition to the competitive team based game genre. Players can zip across the arena on their trusty hoverboards, which in addition to being a quick way to get from point A to point B is actually fun to just play around with.

Customization is part of the fun with this sort of game and Bleeding Edge offers this through character mods where they can tweak their loadouts to best suit their playstyle. Each character has three mod slots and numerous mods can be unlocked through the course of gameplay. Players can use these mods to create a build to maximize their favorite character’s strengths or possibly use them to make up for some of their deficits. 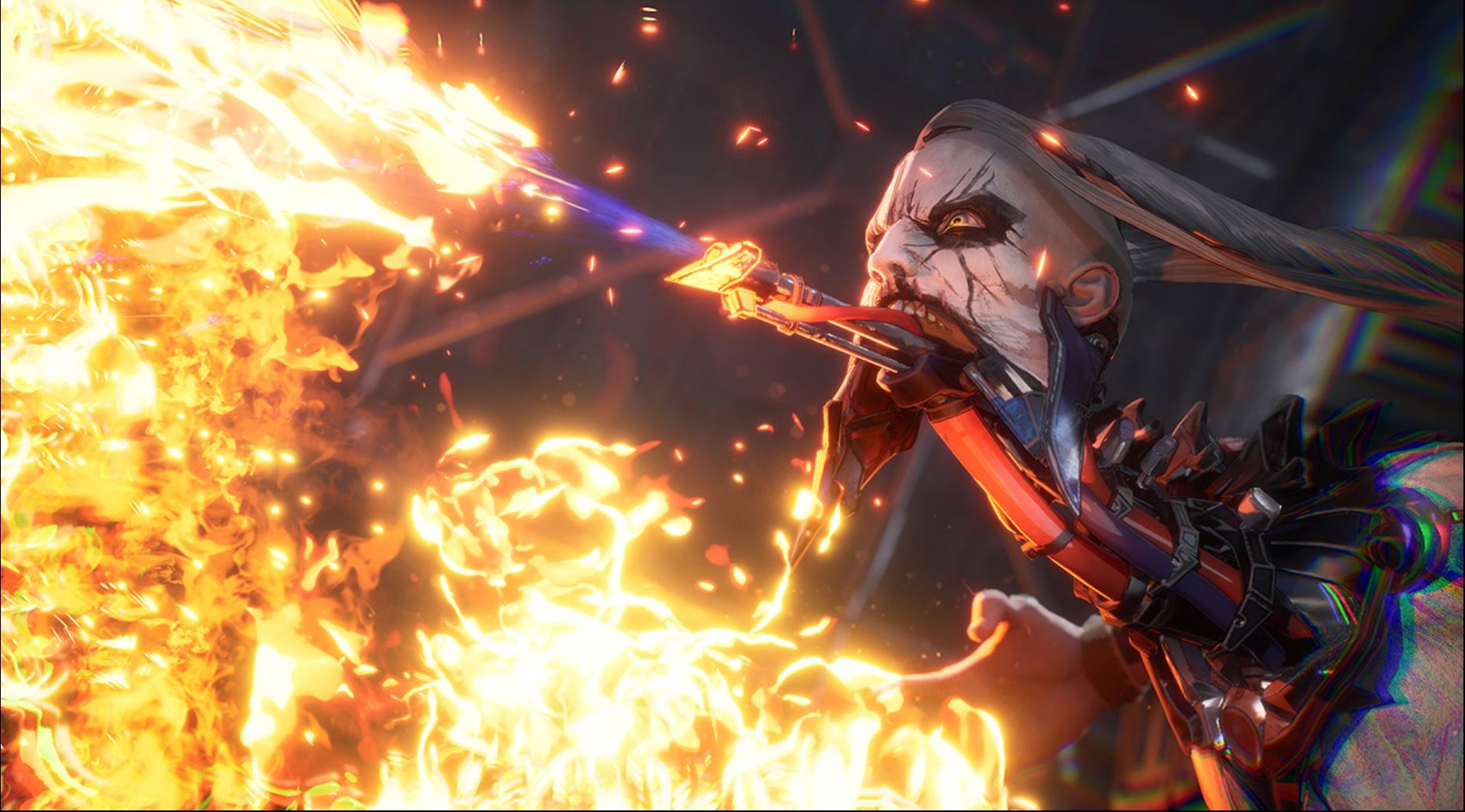 Bleeding Edge will be available on Xbox One and Windows 10, and given that Ninja Theory has been acquired by Microsoft, it’s unlikely we’ll ever see a PlayStation 4 or Switch port. There’s no release date set but there is a technical alpha scheduled for June 27, which anyone interested can sign up at their website. To really gauge this game or get into great detail on the finer points is nearly impossible after just playing one team match but the match was enjoyable enough to have us intrigued. Whether this becomes the next great team battle or something forgotten after its release will be determined in time, but from what we’ve experienced this is something to keep on your radar.