Licensed and movie tie-in games have a bad, yet earned reputation. Often, these types of games are rush jobs with basic level design, gameplay and graphics. That’s not the case with John Wick Hex, a top-down adventure and strategy game. Rather than throw the license at a AAA developer, Lionsgate and publisher Good Shepard Entertainment turned to indie legend Mike Bithell. The result is Hex, a stylish title that aims to make players think like John Wick. After spending some time with the game at E3 2019, it’s clear that Bithell has come up with an ingenious adaptation.

Much of John Wick Hex’s story is shrouded in mystery. All Bithell would reveal is that the game is indeed a prequel and set before John met his wife, Helen. Actors Ian McShane and Lance Reddick reprise their roles from the films, though it’s unknown if Keanu Reeves is returning. While we don’t know if Reeves is back, Bithell did confirm that his team is working hand-in-hand with members of the film’s stunt crew to nail down the animations. This results in a game that looks and feels authentically John Wick. Every roll, double tap and takedown looked like something you’d see out of the films. 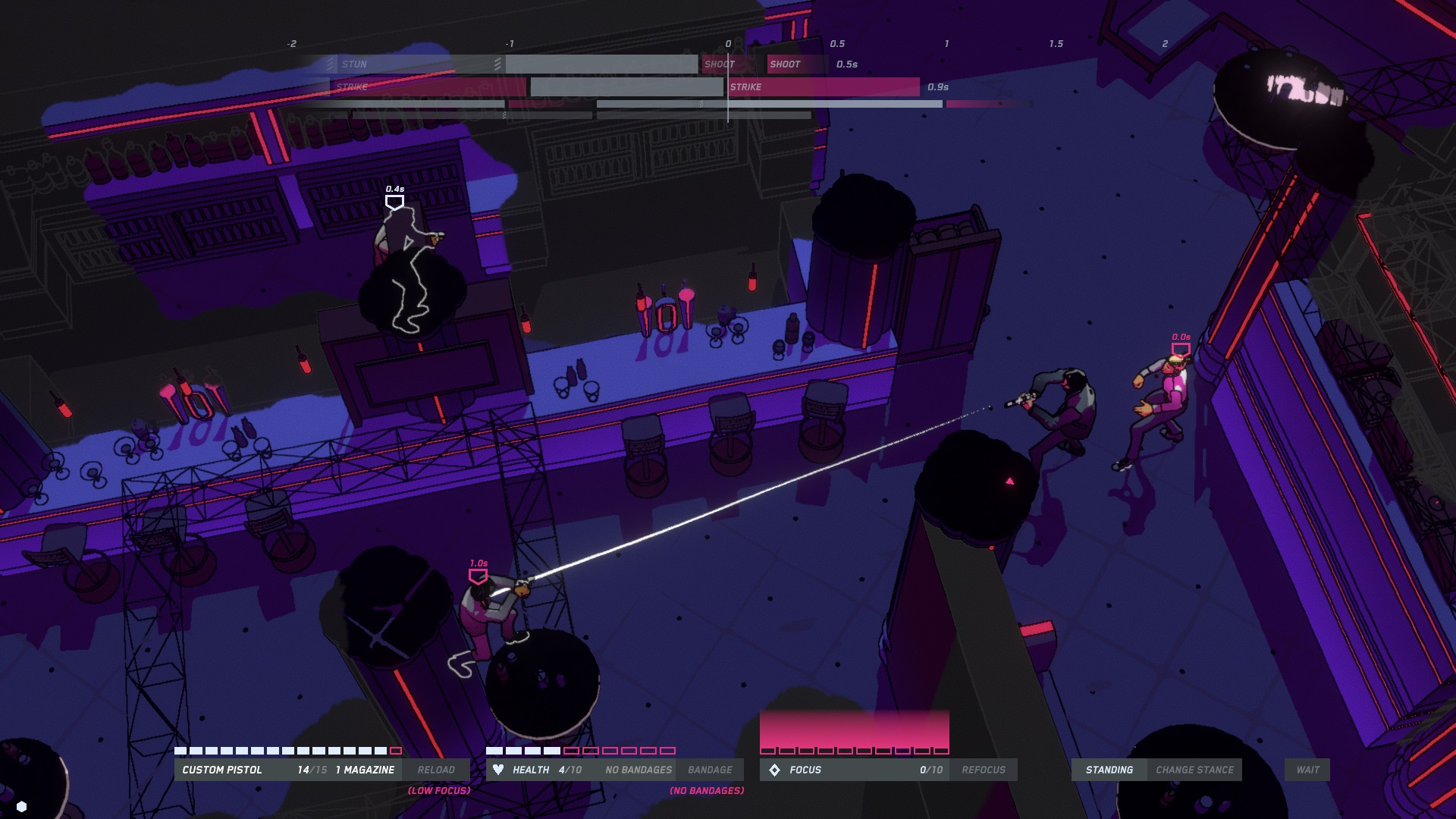 That same authenticity bleeds into the gameplay, which shies away from traditional shooter mechanics. John Wick doesn’t magically pick up ammo when walking over downed enemies but instead uses every single shot before picking up a new weapon. When he’s out of ammo, he tosses the gun and picks up something new. So, those same actions happen in-game. Likewise, the game forces players to move cautiously by only allowing John to move up to five spaces during each of his turns. The developers want players to think, plan and execute as John would.

What makes John Wick Hex stand out from other titles is governed by time. At the time of the screen is a time management bar and every move you make takes up time. When taking action, the amount of time needed to complete that action pops up on the bar. Learning to manage time becomes extremely important as enemies actions are dictated by their own time bars. When facing enemies, the time your actions required to complete are compared to those of the enemy. Deciding how to tackle the obstacles, especially against multiple enemies, is the key to success.

The time mechanic forces players think deeper. Sure, you can pull the trigger, but does that action leave you open? Does the time it takes to take the shot put you in danger? Is it safer to retreat and lure an enemy into a trap? You’re not indestructible in Hex and the game asks you to think like someone who could die after a couple of shots. Gameplay becomes a stylish dance as players maneuver through the alleyways and restaurants that serve as combat arenas. 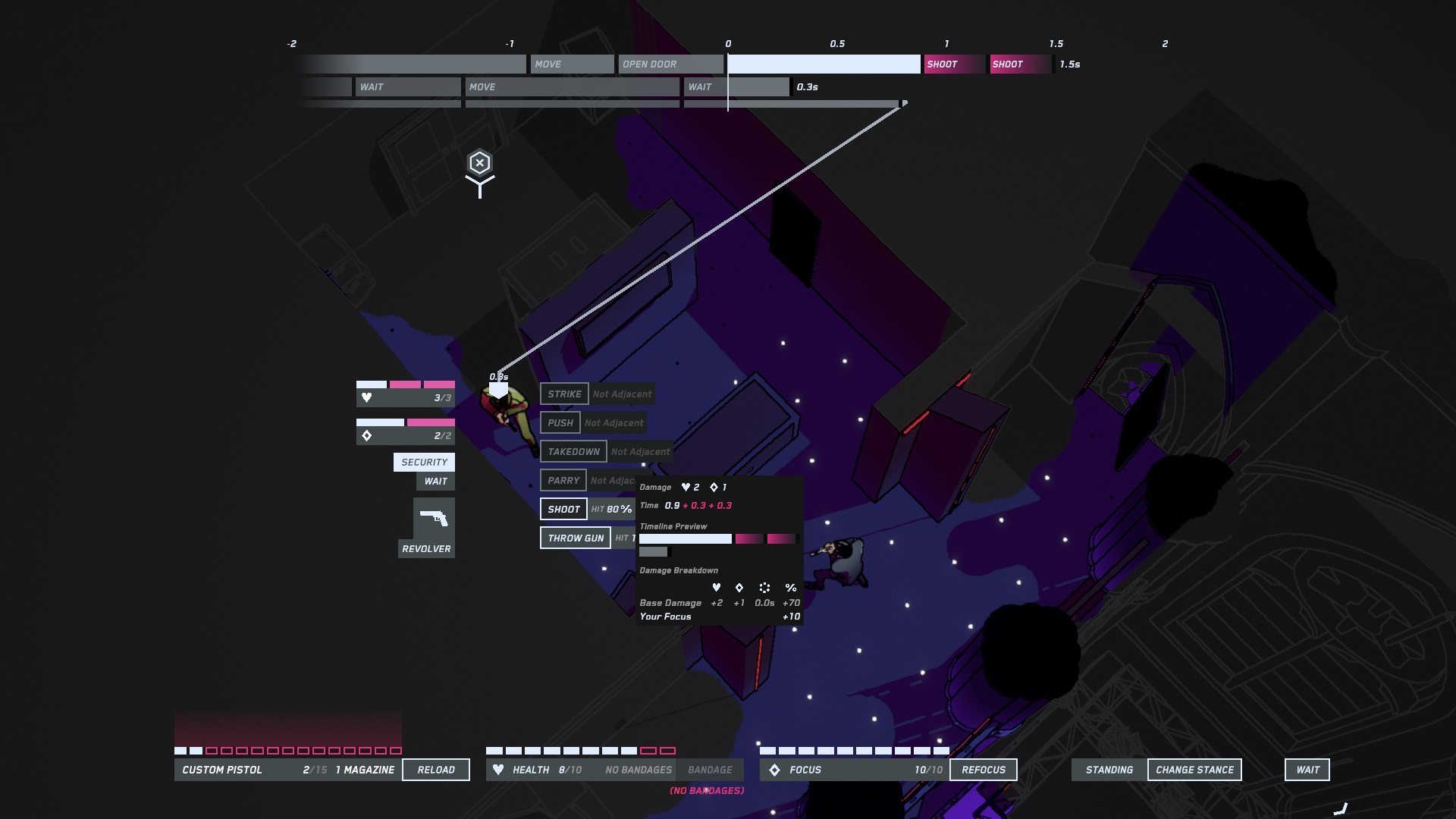 As authentic a John Wick experience Bithell is going for, some gaming elements do creep up. A fog-of-war ultimately made its way into the game after the director of all the John Wick films, Chad Stahelski, suggested it. After all, John Wick can’t see enemies through walls and solid objects. Meanwhile, handy bandages sprinkled throughout the map magically heal John after you spend the time to use them. While Hex very much wants to make you feel like John Wick, it also doesn’t shy away from reminding you that you are playing a game.

The gameplay and animations feel very true to the source material, but there are some aspects of the films that won’t make it into the finished product. There won’t be any vehicle or animal sections, which means no crazy horse chases as we witnessed in John Wick: Chapter 3 – Parabellum. There’s also the question of what types of locations players will explore in the game. The films take John across the world and place him in breathtaking sets. So far, all Bithell has shown off has been alleyways, a dock and some restaurants. Hopefully, some more exotic locations will show up in the final product. 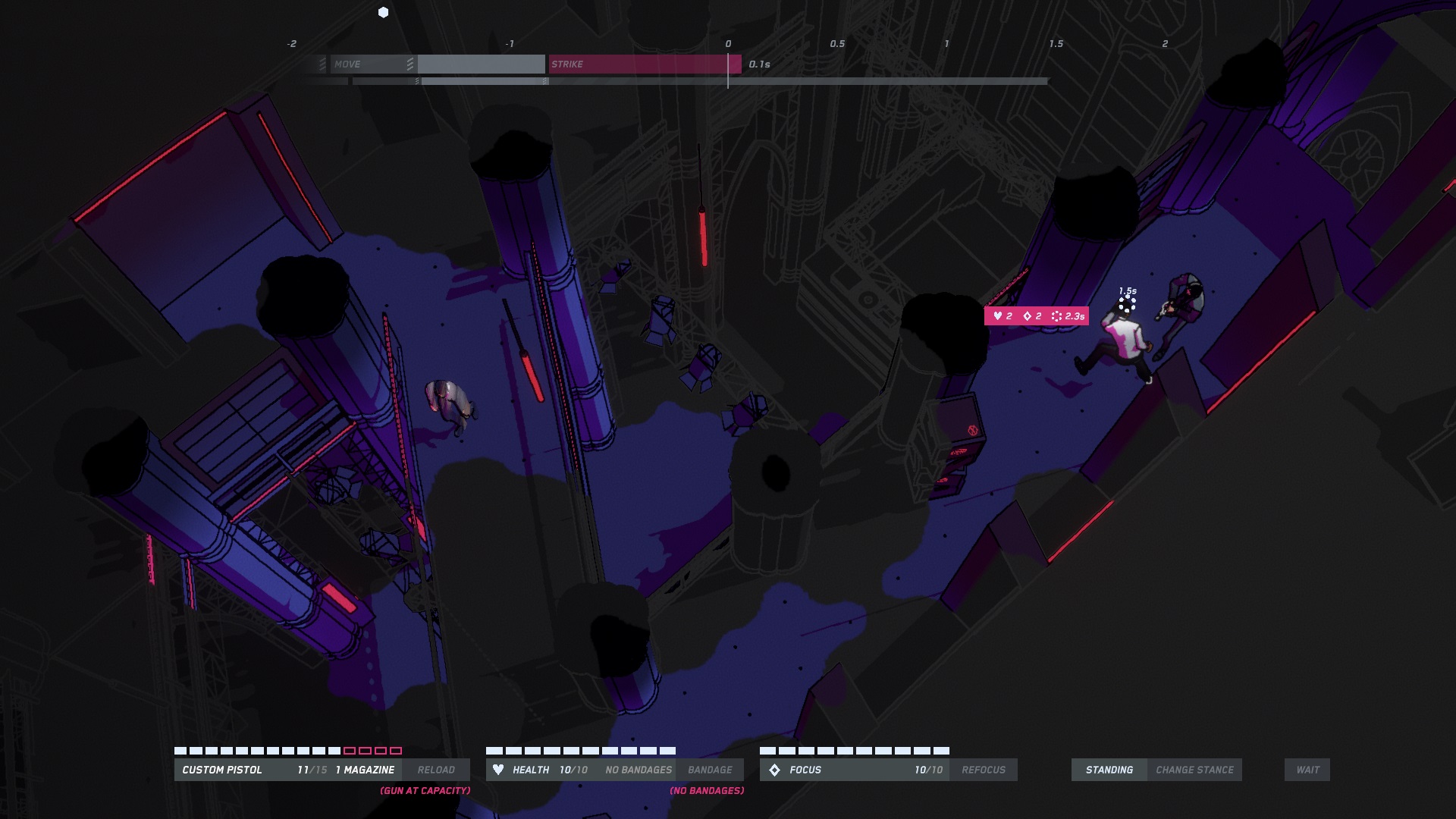 Licensed and movie tie-in games have more than earned their reputation, but that doesn’t mean there isn’t room for well-crafted games that take their IP seriously. The choice to go with Bithell Games was inspired and has resulted in a stylish game that genuinely makes you feel like John Wick. The focus on time management and careful planning creates a unique gameplay experience that keeps things tense. John Wick Hex aims to make you feel like John Wick and it’s succeeding so far.

John Wick Hex is planned for release on PC via the Epic Games Store. Bithell intends to release the game on consoles but hasn’t announced specific platforms.