Luigi got his big break back on the Gamecube in Luigi’s Mansion. A launch title for the console, Luigi’s Mansion allowed Luigi to escape Mario’s shadow and it was a rousing success. Unfortunately, a follow-up wouldn’t launch for another twelve years. Still, despite all this time, fans continue to adore Luigi’s Mansion, and the good news is that Nintendo and developer Next Level Games appear to be listening. Luigi’s Mansion 3 is coming to Switch and it’s ready to scare up some excitement.

Ironically, Luigi’s Mansion 3 doesn’t take place in a mansion, but a hotel. King Boo wants revenge, so he’s invited Luigi, Mario, Peach and lots of Toads to a luxurious hotel for vacation. Once they arrive, however, he kidnaps them, save for Luigi. It’s now up to him to scour the place to rescue his brother and friends. 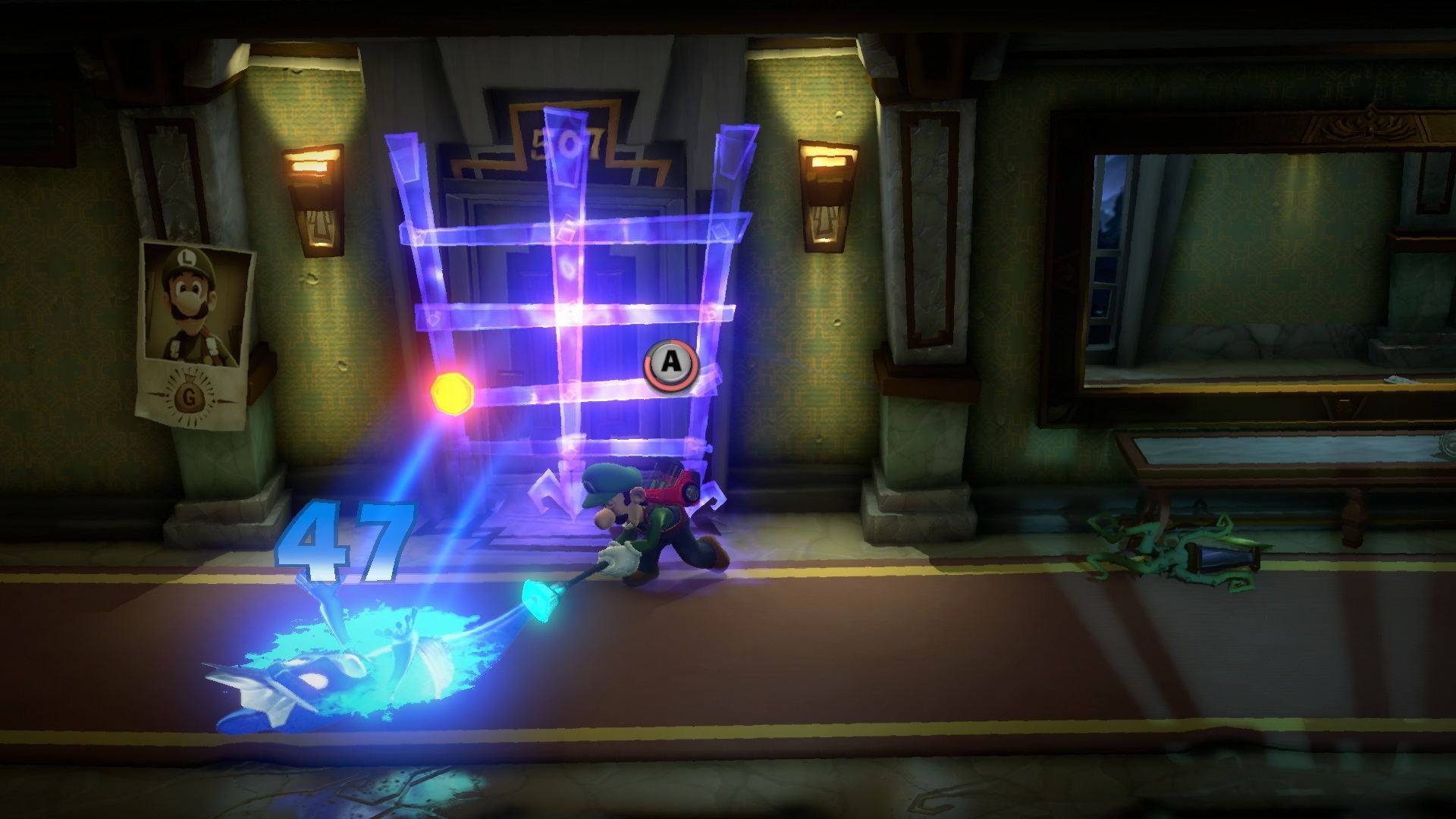 While Luigi’s Mansion: Dark Moon focused on smaller, pre-determined levels across different mansions, Luigi’s Mansion 3 gives players a more free-form structure. The use of a hotel allowed Next Level Games to design levels with a greater sense of scale and inter-connectivity. Though the demo was short, it provided a small taste of the level design the developer is going for. Like the previous games, players still travel from room to room capturing ghosts and solving puzzles. Some rooms, however, were grander in scale than previous titles. One particular room had a great sense of verticality as Luigi maneuvered many fans to access an elevator.

Luigi is once again armed with a vacuum as his primary weapon. The Poltergust G-00 allows him to suck up ghosts as well as repel them with a burst of air. A handy flashlight makes ghosts vulnerable to attacks. When attempting to suck them up, players must build up a meter by pressing back on the thumbstick. If successful, Luigi relentlessly beats ghosts into the ground until their health diminishes. Despite its aesthetic, Luigi can be brutal. 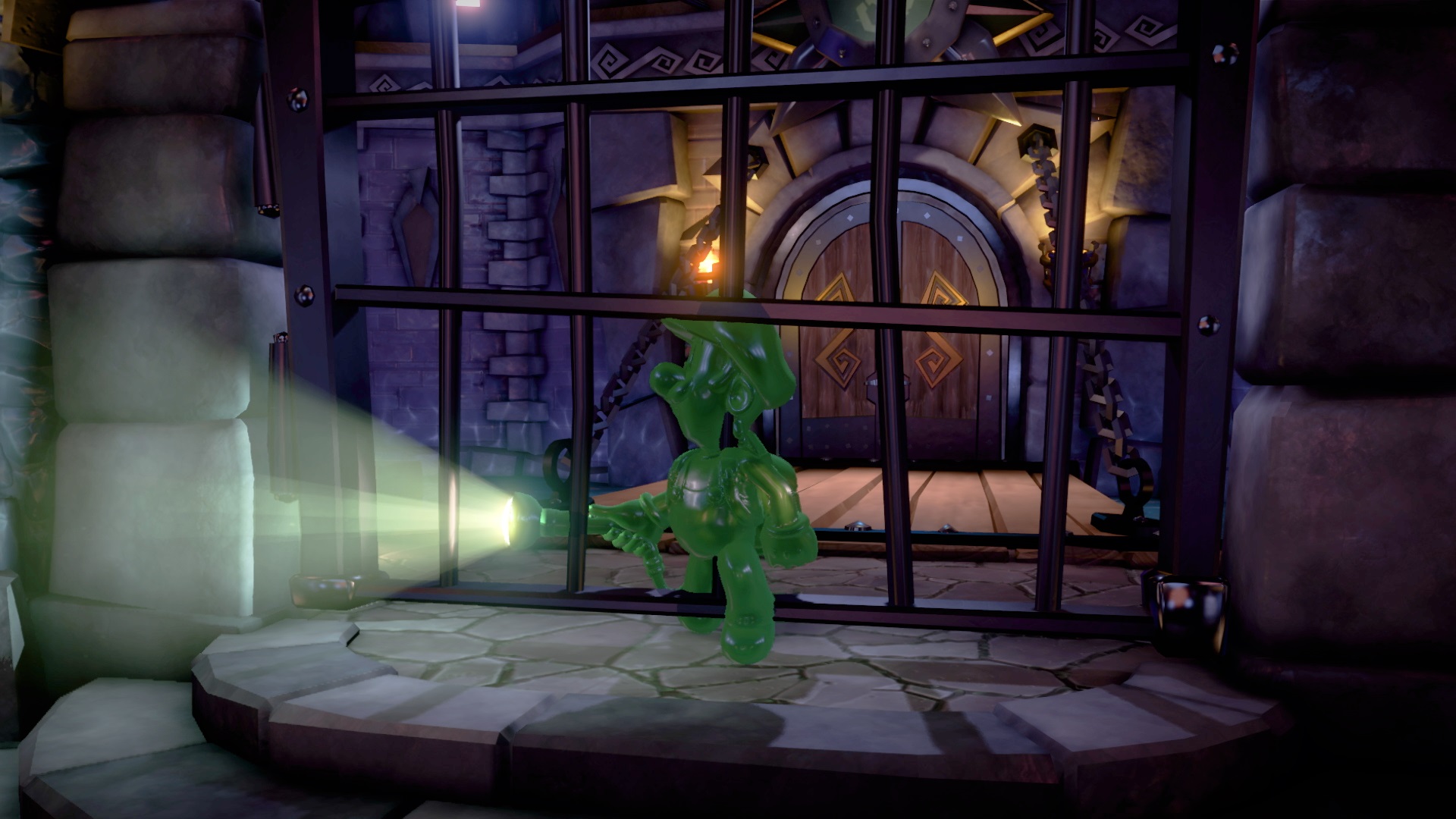 Some new gameplay mechanics supply variation to the combat. The suction shot fires a plunger wherever Luigi is aiming. Using this allows Luigi to break certain surfaces to reveal secrets. It’s also useful in combat against enemies using shields. Suction shot allows Luigi to tear away those shields, making them vulnerable to the Poltergust.

Most important, however, is the introduction of Gooigi. This goo form of Luigi comes with all the same weapons and items as Luigi but can enter places that regular Luigi can’t. Gooigi’s gelatin form allows him to move through bars, across spike pits and other hazards. Players will need to frequently turn to Gooigi to solve puzzles and uncover some of the game’s best-kept secrets. For example, that elevator puzzle mentioned earlier requires ample use of Gooigi to hold elevators in place. Nintendo said that Gooigi opens up co-op play for two players, but he will work perfectly fine for those who play solo. 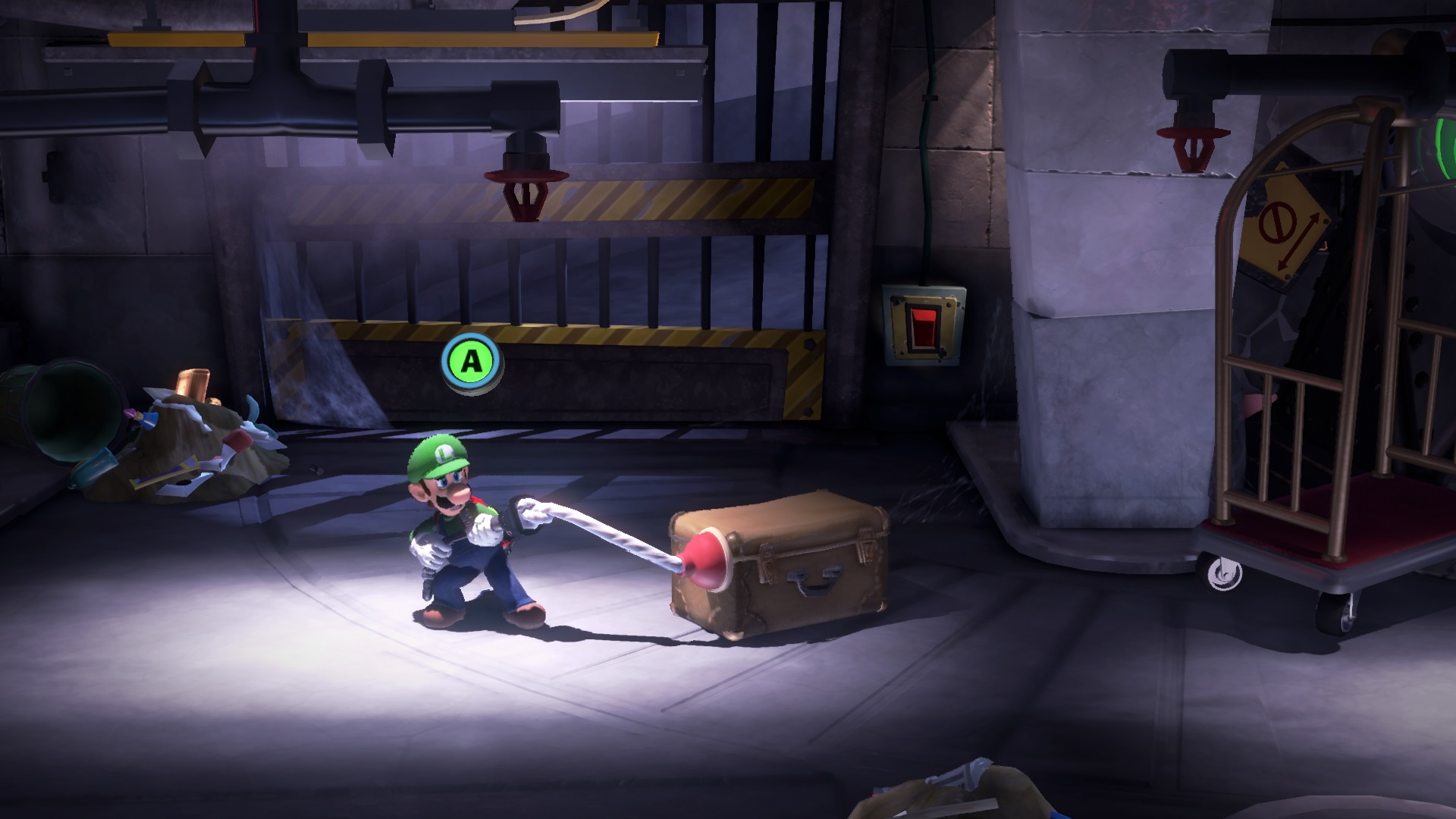 The demo culminated in a boss battle with a ghost knight that required nearly every gameplay mechanic to defeat. Luigi needed to stun him with his flashlight while he charged, suction shot his shield and then relentlessly slam him to the ground. Like nearly all Nintendo bosses, the processes needed to be completed three times before the ghost could be sucked up.

Though the demo was short, there’s plenty to like about Luigi’s Mansion 3. Next Level Games have worked to combine the best elements of the original and second games to give players the best of both worlds. The hotel feels large, but not so large that players are going to end up lost. The gameplay is fun and challenging, but still accessible enough for all players to enjoy. Luigi’s Mansion 3 looks as if it’s prepared to offer fans a frighteningly good time.