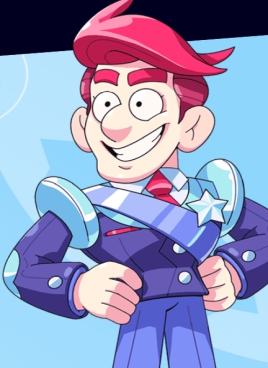 Four years ago, the original Citizens of Earth was released and offered something different from the JRPG norm.It was a slice of life game in a way that hadn’t really been done in a turn-based RPG since Earthbound and stood out a lot. It was humor-driven and the humor actually clicked — which can be rare for a game that uses it so heavily for both the narrative and battles. Now, the former VP of Earth is back to solve a mystery — why Earth has suddenly disappeared! It’s a bit of an issue as he can’t fulfill his new duties as Ambassador of Earth if there is no planet. The poor guy always has a smile on his face, and without his beloved home planet, that smile is going to disappear sooner rather than later. Fortunately, just like the first game, he can recruit plenty of people to his cause to help him find out what happened to the planet.

The first game took on more of an Earthbound approach — with its combat being behind the back with an odometer-style readout and a hometown-centric appeal. Much like the sequel, you played as the Ambassador, but controlled other characters in battle as he was just far too important to risk injury in the narrative. The tone of both games is similar, but how each goes about telling the story is quite different. The shift from Earthbound-style combat to a Paper Mario-influenced one is huge and dramatically changes the pace of the game. The recruiting process is also a bit longer here, requiring a wide variety of fetch quests to bring someone into your party as a playable character.

Like the first game, the roster is deep and you’re never left wanting a new character to play due to the sheer diversity in your roster. You’ll have a blend of powerhouses that can deal out and absorb punishment, and healers that aren’t going to be at the forefront of combat, but can save your bacon in the heat of battle. The cast is diverse too — offering up scholars, chefs, robots, law enforcement officers, and just having the Ambassador on the sidelines helps a lot. While the idea of his character is that he’s a bit aloof, during battle he can throw you healing items or damaging ones for foes, freeing up a turn as using him doesn’t eat up one of your party’s turns. 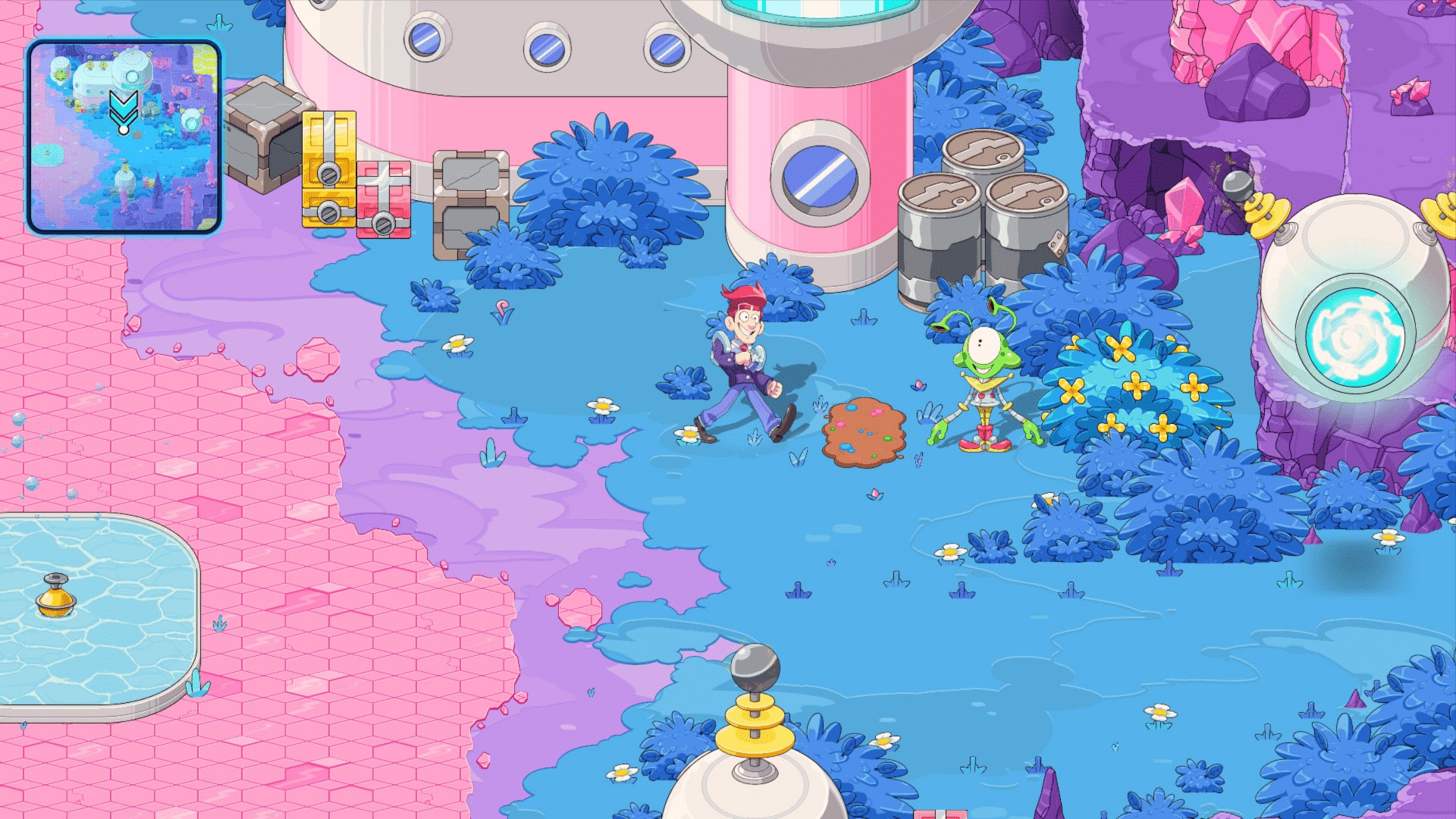 Battles now require far more of a player’s attention than before. Gone are the ’90s-style JRPG battles and in their place are timing-based affairs. Beyond just using timing to do a proper amount of damage with things like a single button press, multiple presses back to back or holding in a direction and then pressing, there’s always something you need to do to keep the action flowing. When you’re on the defensive, you have to land a button press at the perfect time with their attack landing to either minimize damage or avoid it entirely. The former’s timing is far more forgiving, while the latter needs pinpoint accuracy, but feels rewarding to pull off. This is even more true when a perfectly-timed shot does so much damage to a foe that you wind up only needing a couple of turns to win. Beyond it teaching the player how to best time an attack, it also helps speed through random battles.

While random battles can be mitigated to some degree thanks to your in-game assistant, there’s a big limit on what can be done with them. They can’t be turned down a significant degree until later on in the game when you unlock the ability to do so and there’s no auto-battle option to help speed up the pacing. While it is good to have an intricate battle system like this has, from a player’s perspective, auto-battles are a great way to skip through the grind of random battles as they’re usually low-risk. In a game like this, you can count on random battle enemies going down in a reasonable amount of time — so it isn’t like having to do the battles is a giant time sink, but it does add a lot of playtime and makes the pace drag when it shouldn’t just because of how much longer it can take to get to the next story mission. 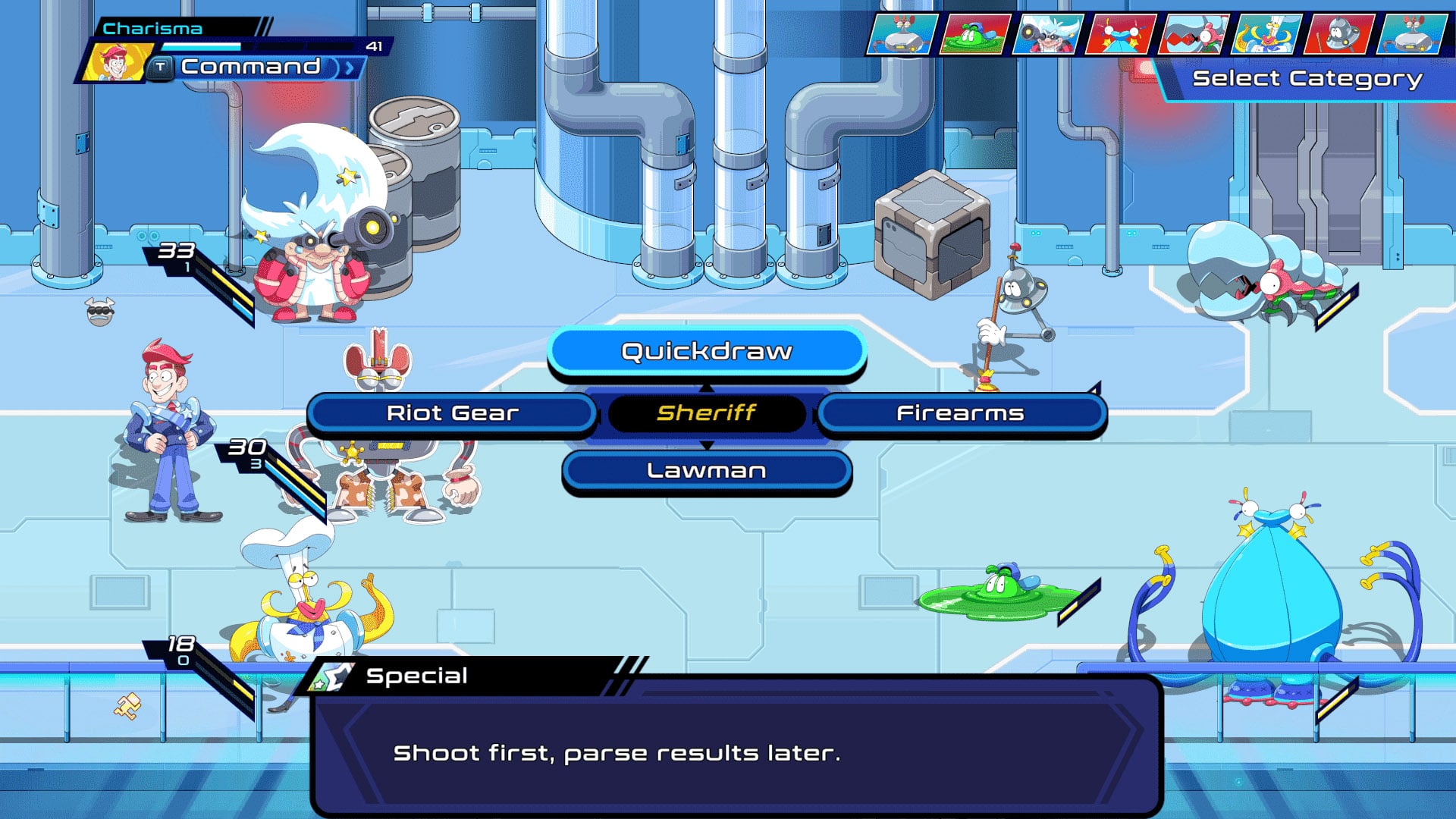 Luckily, the battles themselves are fun and the cast of characters is zany. You’ve got insane robot cowboys, sleazy game show hosts, manipulative townspeople and an overbearing assistant to be constantly amused by. The main story has some twists and turns that keep you entertained through comedy and not so much drama — so it’s a change from the norm for RPGs. The battle system is as well, despite it still being well in line with an RPG battle system — it’s just different from most out there.

Visually, Citizens of Space is right in line with the first game and doesn’t make any great waves beyond switching up the animation to be a bit more robust. Character movement is more expressive, with things like exaggerated walk cycles showing off a silly side to the Ambassador that doesn’t fully come through with his dialogue. There are visual oddities — like glitches causing enemy character models to not appear. This doesn’t really affect combat much as the timing indicators are separate from the sprites, but it is jarring and can take you out of the game a bit.

Like the first, you get some great work voice to go alongside the out of this world plot. The cast is diverse and everyone did exceptional work. They all “got” the humor of the game, the characters and what they needed to accomplish. Musically, the sequels falters in much the same way as the original did. The soundtrack is fine, but completely unmemorable. It treads a fine line between fitting its setting and story, but also being diverse — so it’s not bad, it just isn’t spectacular in any way. 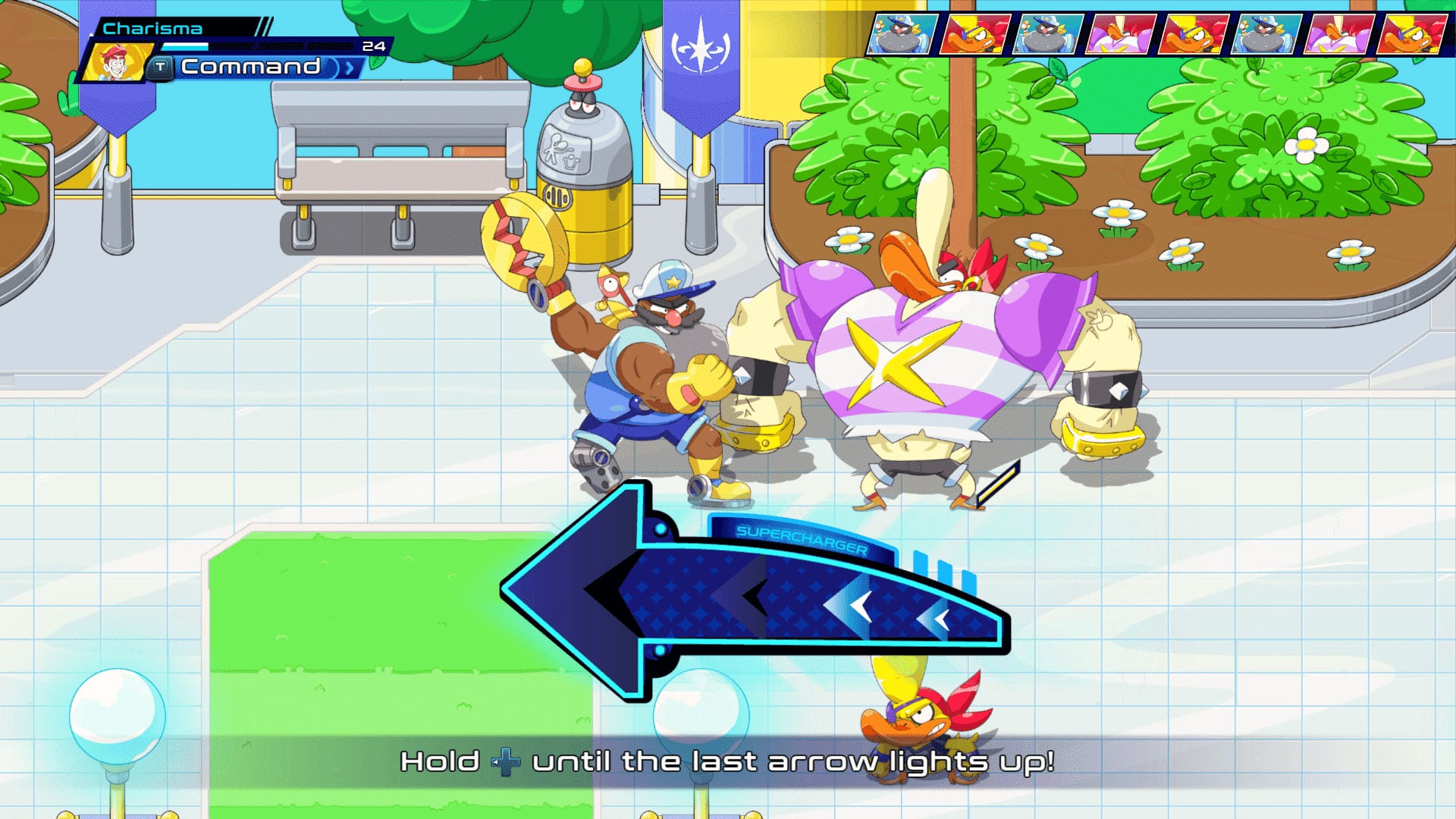 Citizens of Space is a well-crafted follow-up to the original that manages to keep its sense of humor intact while completely revamping its gameplay. The Earthbound approach has been swapped out for a Paper Mario style of combat — which is either a blessing or a curse depending on your preferences. If you want a more active timing-based affair, you will love what’s offered up here. If you like being able to automate combat to some degree, especially with modern games making that more of a standard, then you may not. Either way, the core game is a lot of fun even with a few rough edges.