It may be dark and moody in the steamy pipe-lined corridors of the tower by the sea, but it still feels like home.  A home overrun with hostile mecha-beasts, sure, but every house has its problems.  Vaporum is a grid-based dungeon crawl set in a mysterious tower, where steampunk creatures guard its industrial hallways.  The amnesiac wanderer who woke up on its doorstep isn’t sure why he wants to be there, but it’s calling to him to come inside in a way that’s hard to resist.  It doesn’t take long to find an exoskeleton that’s just powerful enough to offer a chance of survival, at which point the dungeon crawl gets started in earnest.  Beat on mechs, find secrets and lore, keep on upgrading the exoskeleton with new gear to advancer, and with a little luck and a lot of experience the mysteries of the tower might be solvable.  It’s deadly in there, but at least Vaporum has a nice boxed edition to serve as a memorial to all who died in its quest.

Vaporum is the latest from Signature Edition games, getting the standard big-box edition with a nice selection of goodies inside.  The outside of the box is a cardstock sleeve, this time with art different from the game inside on both front and back, and it slides right over the sturdy black packaging with silver logo.  The box under the slipcase is the same as in all the Signature Edition run, a black beast with silver logo that holds everything safely inside. 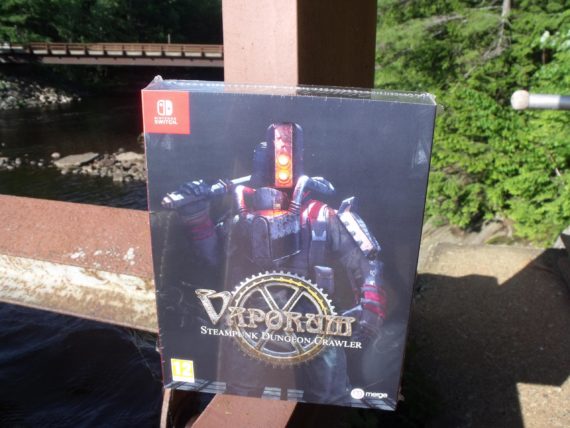 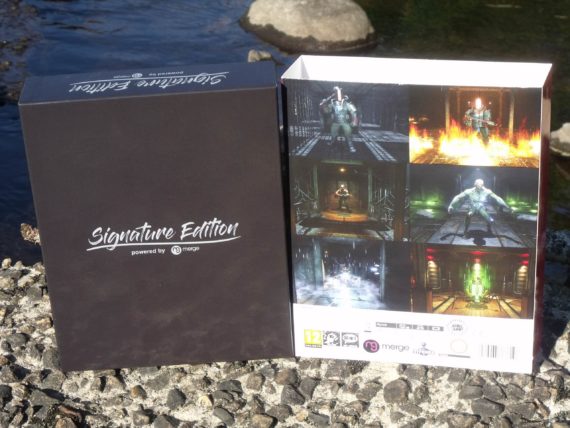 Popping the top off the box reveals the individually-numbered certificate, which in Vaporum’s case doubles as a signature card.  Usually the digital signatures are on the external box, but for Vaporum they went inside, and it’s nice to see the names spelled out so you can read what they’re supposed to say. 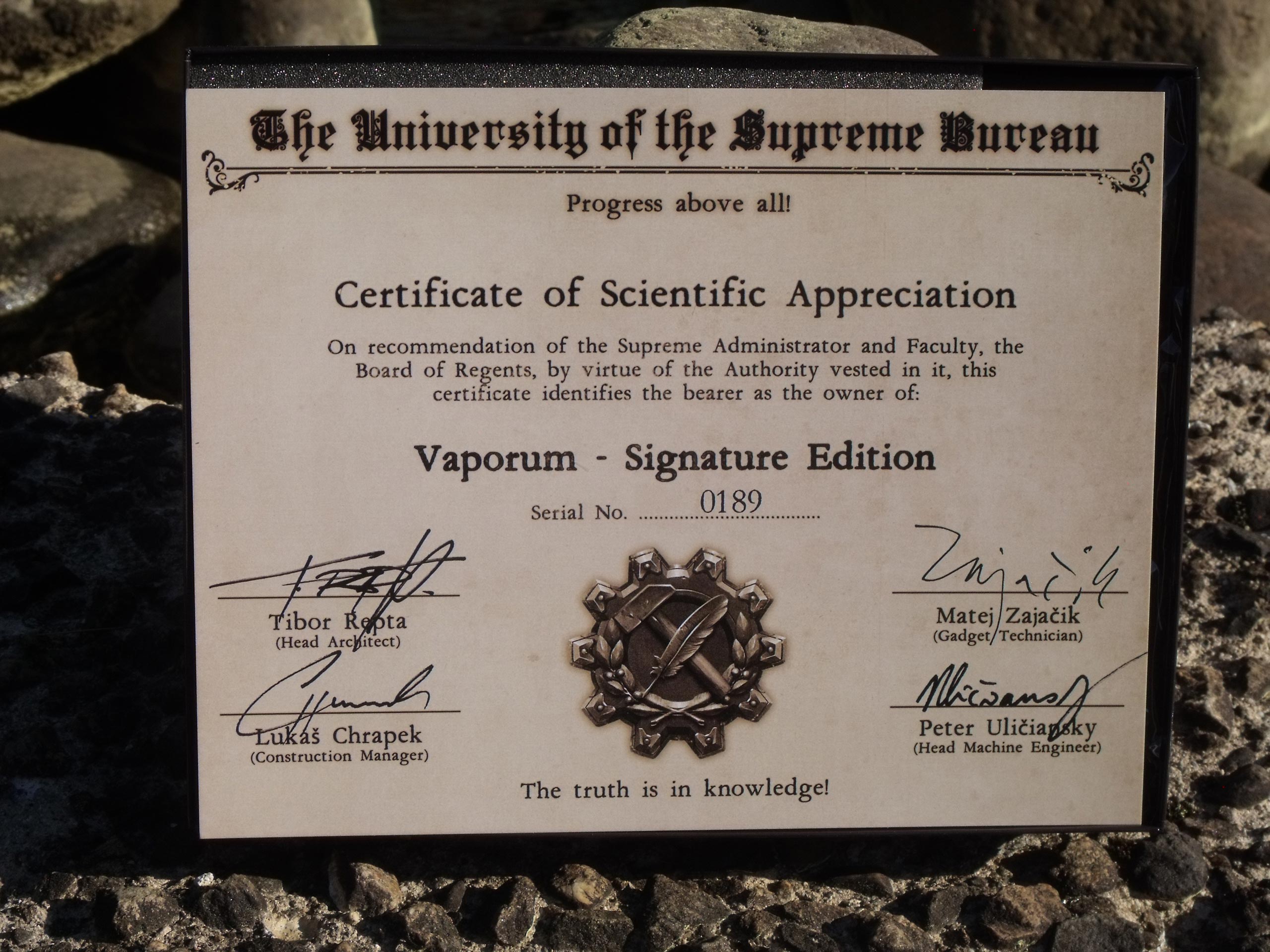 Underneath the numbered card comes the bulk of the package, with all the pieces held securely in place by the foam packaging.  At the top are the pins, with game beneath, and under the game are the art book and soundtrack.  The central cutout area is the same size for PS4 or Switch, so there’s a handy extra strip of foam to make up for the size difference. 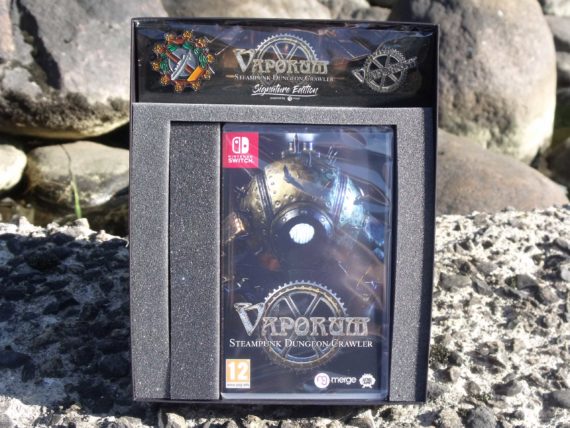 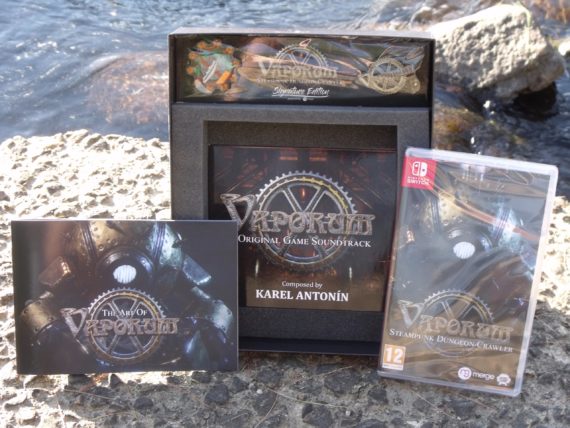 At the top of the package come the usual enamel set of pins, but Vaporum’s are extra ornate.  They both have a gear pattern, one being the backdrop for the logo and the other the icon for the in-game Supreme Bureau, who are the science-government you learn about from the bits of lore hidden in the tower. Turns out they both sparkle nicely in the sunlight, too. 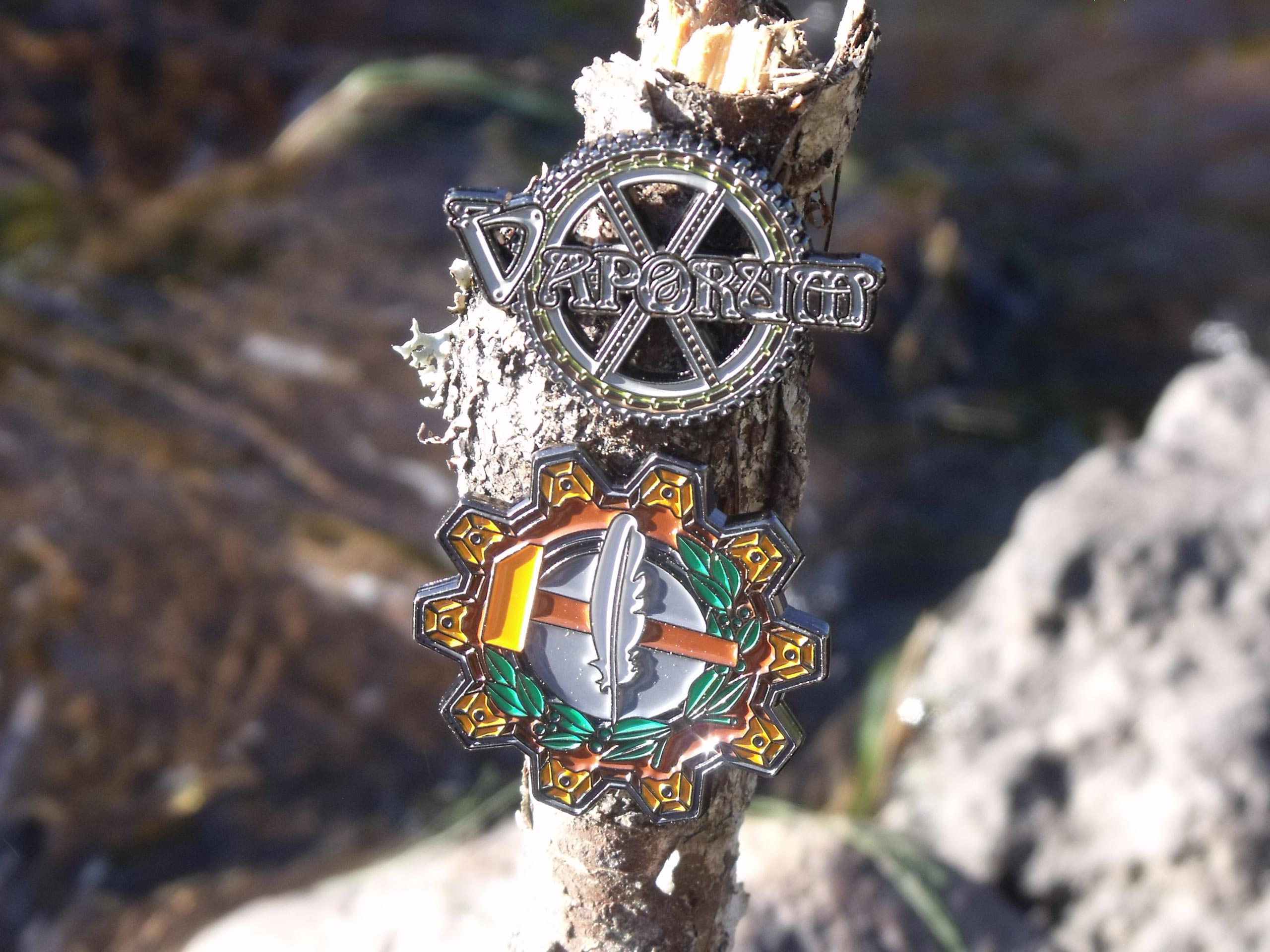 Below the pins comes the star of the show, the game that’s the reason for all the extras surrounding it.  Not a lot to say about this; it’s a plastic case with a cartridge inside.  If you look at the background you’ll notice that second picture isn’t from the same area as the rest of the photos.  Turns out trying to keep what’s basically a single piece of paper stationary on a breezy afternoon while standing on rocks in the middle of a river isn’t going to end anywhere good. 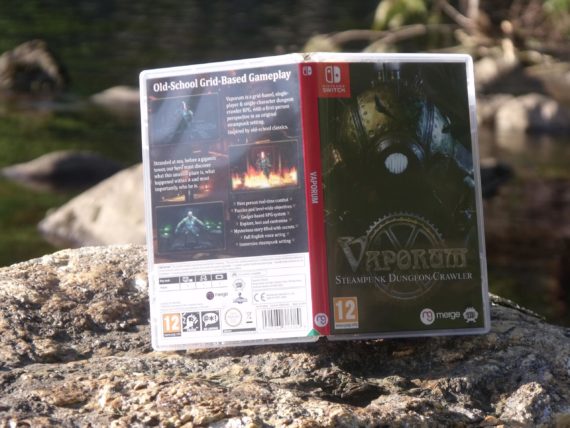 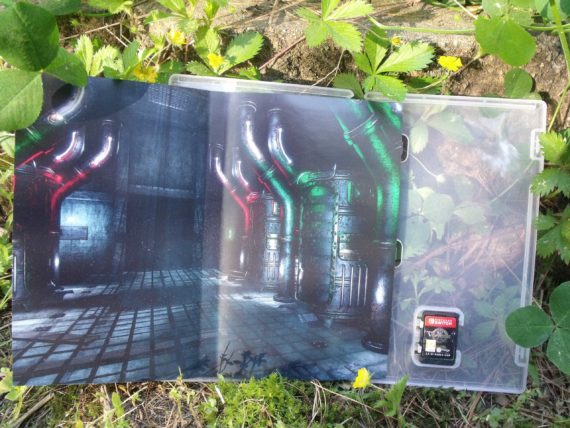 Tucked beneath the game is the art book, a softcover 48-page pamphlet with designs from various parts of the game.  The art from the opening cinematics leads into black and white designs of different characters, showing the versions they went through before the final model.  After that comes in-game character models before closing out with a section on environments. 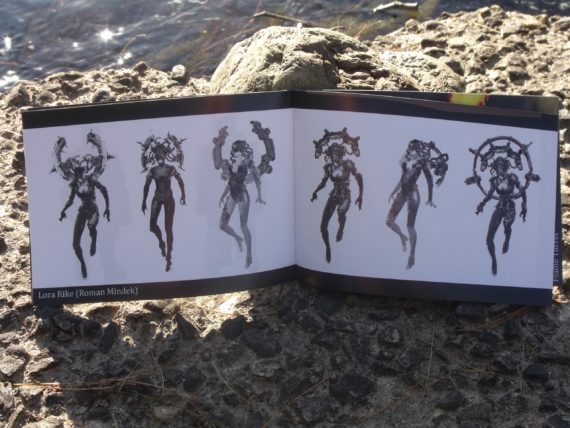 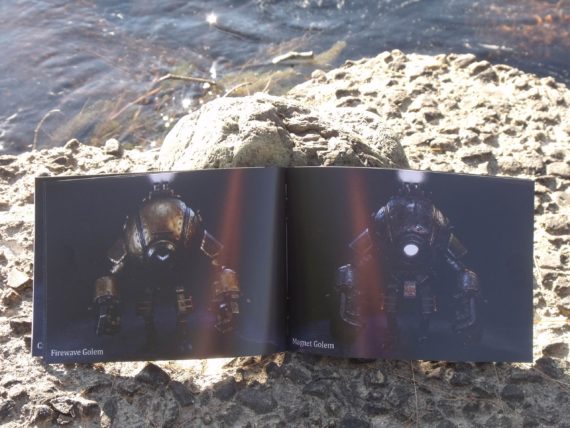 Finally at the bottom of the box comes the soundtrack CD, six tracks long.  As a note, you may want to be a teensy bit more careful than I ended up being when placing a CD on weathered old concrete.  Also, the version inside the case doesn’t come with the free dusting of pollen pictured here. 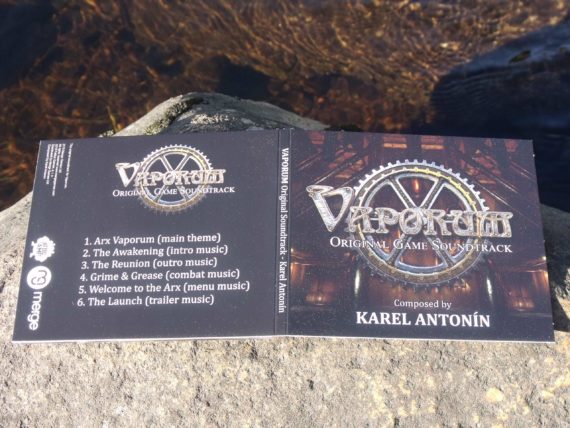 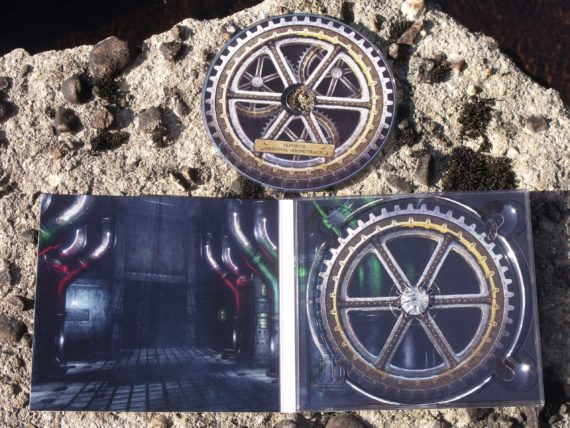 Signature Edition Games continues its quest to put out extra-nice editions that are a step above the standard version of the game.  The insides of the box are especially well designed, with the foam filler wedging the contents exactly where they’re supposed to go so it’s just a few seconds of slotting everything into the obvious spot when putting it all away.  While there are no surprises in Vaporum for those familiar with the series, like the squishy-slime in Moonlighter or the keychain from For the King, it’s a solid, handsome edition that feels pleasantly deluxe.  Which is exactly how a special edition is supposed to work.