The mobile shooter space has never been the most robust. For years, developers have struggled to build a gameplay system that works on touchscreens and maintains the fast-paced nature of a shooter. Still, despite these issues, popular games like Fortnite and PUBG have found huge success in the mobile space. As such, it isn’t that surprising that Activision is hopping in with their take on a mobile Call of Duty. Call of Duty Mobile aims to bring the whole Call of Duty experience to your iOS and Android devices, but does it succeed?

Call of Duty Mobile feels like a ‘Best of’ album. The game pulls heavily from the beloved Modern Warfare and Black Ops franchises to fill its ranks of guns, maps, and gameplay features. The game is fully boots-on-the-ground like all the Modern Warfare games, but features Specialist weapons like a Black Ops title. Both franchises feature iconic maps and weapons that fans love, which makes Call of Duty Mobile appealing. We likely won’t ever get a full-fledged Call of Duty game that utilizes the best content from Infinity Ward and Treyarch, so this might be the best way to experience the best of both worlds in a single game.

Activision is working closely with Tencent to make Call of Duty Mobile as authentic to the Call of Duty brand as possible. Based on the demo, they’re succeeding. Like Call of Duty: Black Ops 4, the game is split into three modes: multiplayer, battle royale and a third mode that hasn’t been announced yet. The multiplayer setup should be familiar to anyone who has played a Call of Duty game since 2007. There’s Create-a-Class, Scorestreaks and a menagerie of different game modes to choose from. 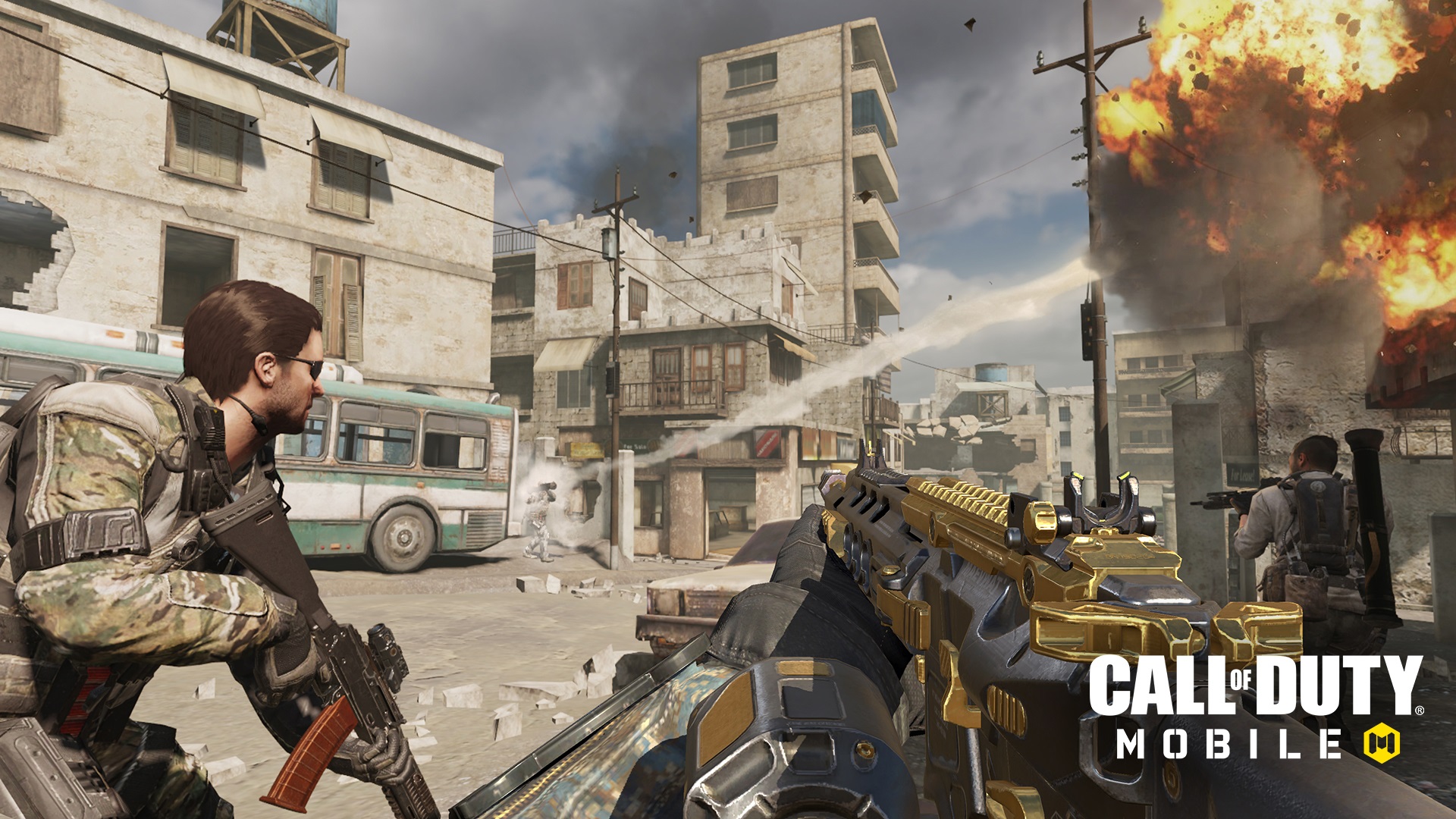 All the window-dressing doesn’t matter, however, if Call of Duty Mobile can’t find a solution to the touchscreen control problem. Does it? Well, kind of. There are two ways to play Call of Duty Mobile, either auto-fire or manual fire. When using auto-fire, your weapon automatically starts firing after your reticle lands on a target. It sounds like cheating, but it really isn’t. The game still takes fire rate, accuracy and bullet spread into account. So, you’ll still likely lose gunfights if you’re spraying and praying. In manual fire mode, players first need to ADS before they can fire.

These are interesting solutions to the age-old problem, but neither fully felt natural. Auto mode took away too much control, but manual mode still felt too imprecise. There’s still fun to be had, but it’s also easy to get frustrated from the lack of precision offered by a touchscreen. The game is best on a controller, though Activision wouldn’t confirm what, if any, controllers Call of Duty Mobile will support. Considering iOS 13 finally adds DualShock 4 and Xbox One Controller support to iOS devices, Call of Duty Mobile should highly consider supporting it.

Asides from multiplayer, Activision also took the time to show off the battle royale mode. To be clear, Mobile’s battle royale mode is not the same as Black Ops 4’s. It’s entirely original with a map that uses elements from both Black Ops and Modern Warfare games. It looks like a capable battle royale mode with all the features players expect, though we sadly didn’t get a chance to try it out. For a mobile game, Call of Duty Mobile does look quite good. All the iconic maps are accurate to how they looked in their original appearances, though there isn’t as much detail. We tested the game out on an iPhone XS Max and iPhone 7 Plus. Despite the age and power gap between the two devices, Call of Duty Mobile still looked and performed well on both devices. 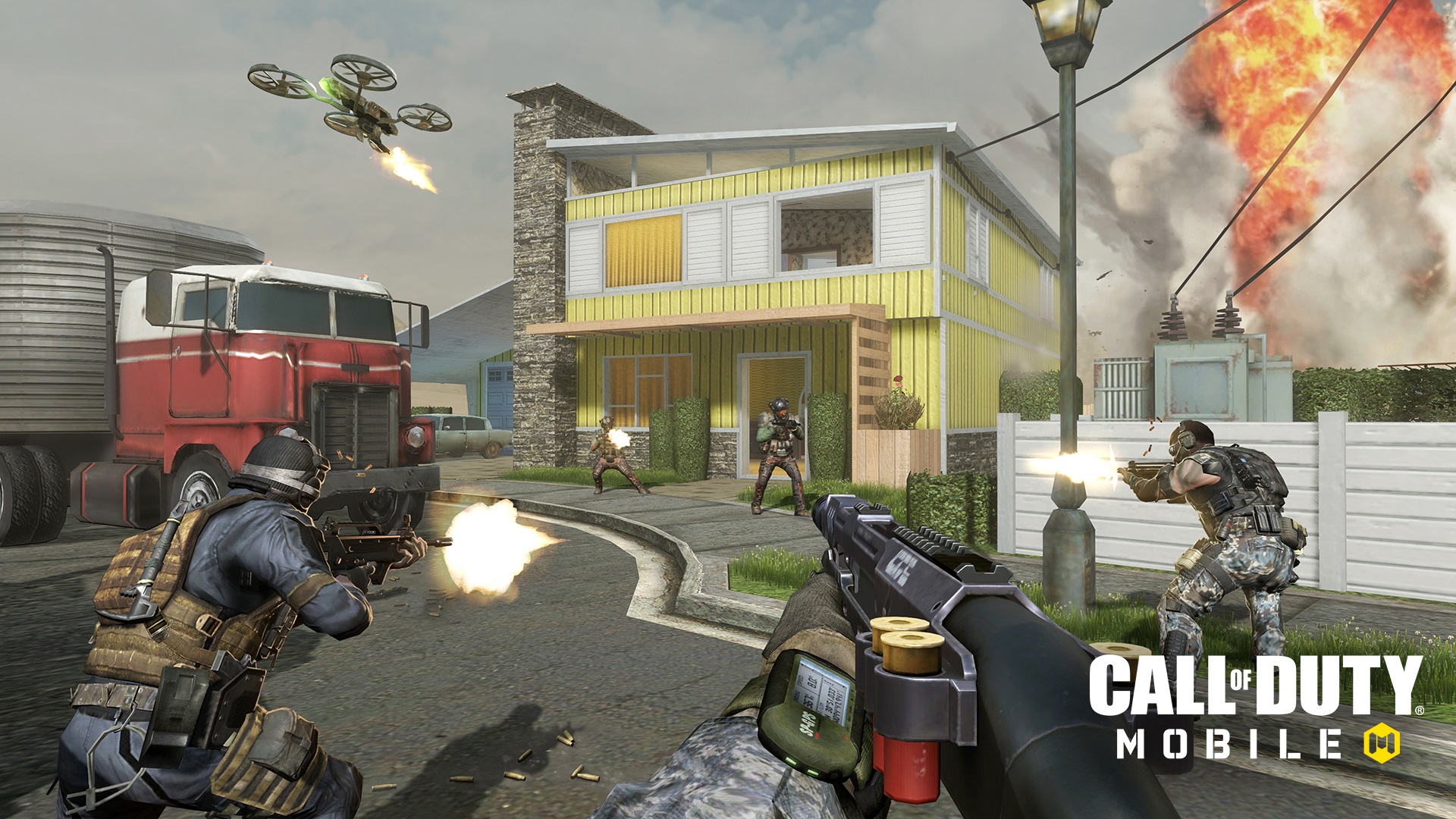 There’s really only one big concern with Call of Duty Mobile, monetization. Call of Duty games aren’t known for having the most generous business model, but it’s possible that Call of Duty Mobile might go down a darker path. Activision wasn’t willing to discuss monetization much but did confirm players can pay for cosmetic items. It would appear, however, that there are upgradeable perks and weapon variants players can use real-world money to purchase.

Call of Duty Mobile’s attempt to bring the Call of Duty formula to mobile devices is admirable and mostly successful. The limitations of mobile devices likely mean that we’ll never get an FPS title as accurate and precise as on PC or console. The setup for Call of Duty Mobile works well enough, however, for on-the-go action. The game looks good and comes packed with some of the best content from the Modern Warfare and Black Ops series. There are still serious questions about Activision and Tencent’s monetization plans, but they have time to sort it out. Call of Duty Mobile won’t replace the mainline games, but it’s fun enough for some quick matches.

Call of Duty Mobile launches later this year on iOS and Android devices.