Nintendo hasn’t been shy about porting many of their games to other platforms over the years. Nor have they resisted remaking games, especially when it comes to Pokémon. It’s a rare treat, however, to see a game as old as The Legend of Zelda: Link’s Awakening receives the remake treatment. Released in 1993 on the original Game Boy, Link’s Awakening on Switch is a full-blown remake that follows the structure of the original but adds in plenty of quality-of-life improvements that bring it up to modern standards.

The remake shares much of the same DNA as the original. Link still wakes up Koholink Island after his ship is caught up in a storm. Players still need to traverse the open-world to collect the eight instruments of the Sirens to wake-up the Windfish. The action takes place from a top-down perspective with the camera shifting with Link as he moves from area to area. 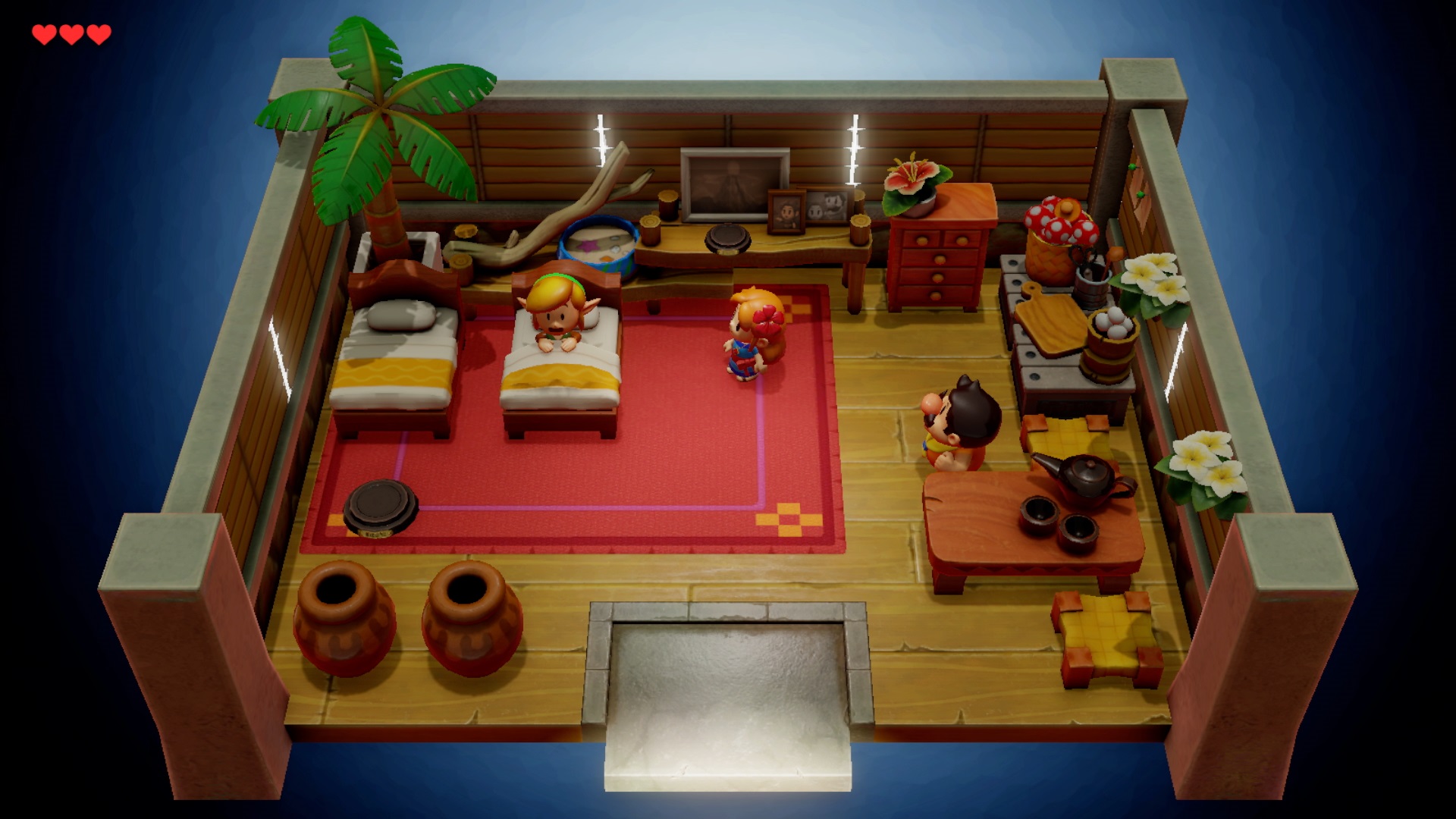 The design of the world remains similar too. Fans of the original will get a kick out of witnessing all the same locations remade in 3D. While the old 2D look of the Game Boy version will always have its charm, the new toy-like 3D look is slick and pleasant on the eyes. From the sun-soaked beach to the south to the fog-blanketed forest to the north, Link’s Awakening’s world is gorgeous to look at.

It’s with the gameplay that the remake has seen the most improvements. The limitations of the Game Boy meant significant compromises, mainly due to the lack of buttons. With only two face buttons and no shoulder buttons, players had to swap out the shield for another item routinely. The Switch doesn’t have this problem and Nintendo has rectified this tedious issue. The shield is permanently equipped to the ZR button, freeing up spaces for essential items, including Roc’s Feather. 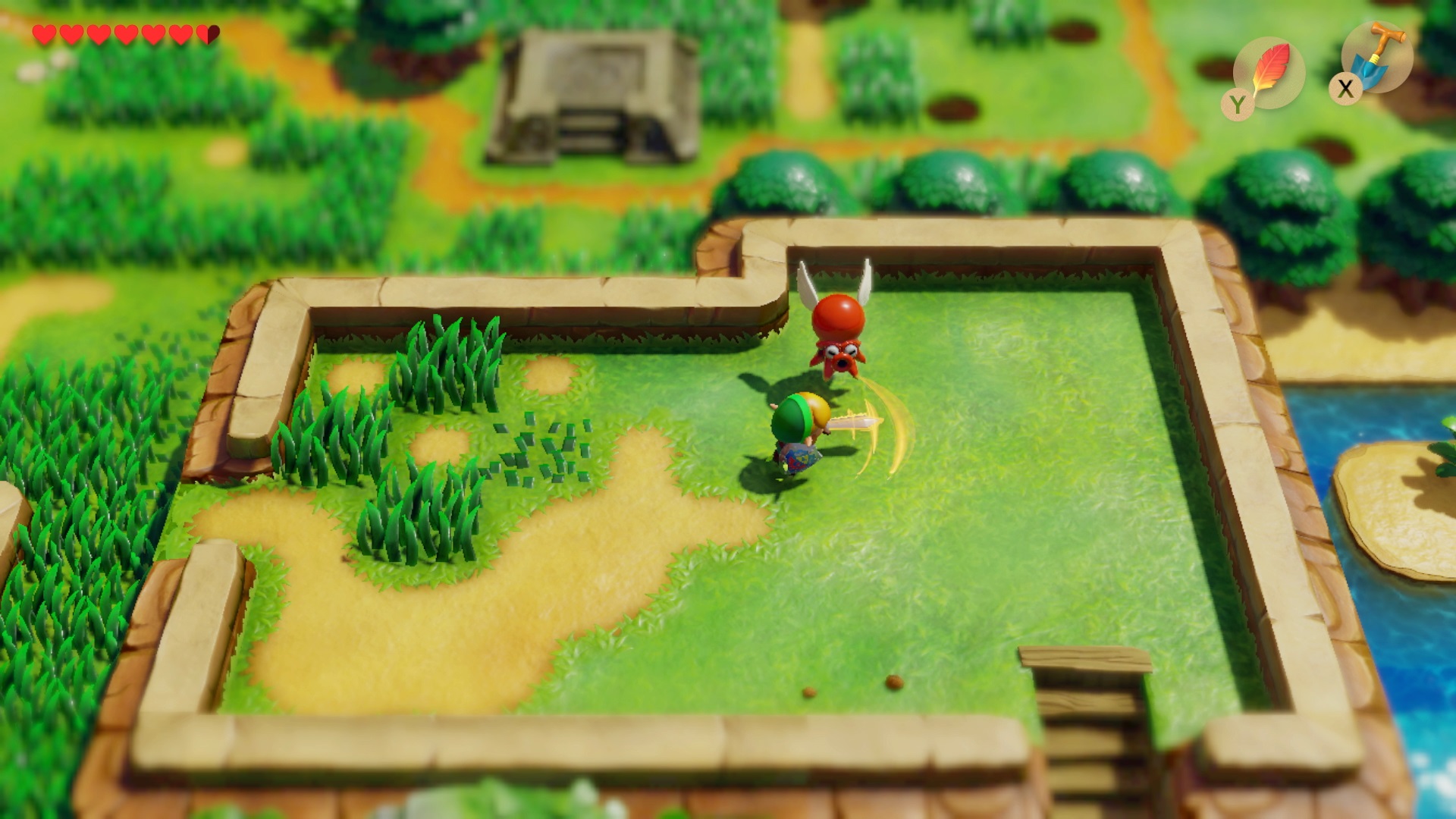 The more things change, the more they stay the same, though. Link’s Awakening now appears like a modern game, but still feels like an old school game. While new additions like a new map that players can mark with waypoints do a lot to update the game, Link’s Awakening’s design still feels as if it’s pulled from the early ’90s. That means lots of backtracking, obstacles and old-school puzzles. It’s refreshing to play a game that didn’t have a ‘go wherever you want’ open-world. Those in love with more recent entries like The Breath of the Wild might be taken back by some of Link Awakening’s restrictions. The game is still fun, however, and players should give it a shot.

The Legend of Zelda: Link’s Awakening is still a few months off from release, which is reasonable considering it needs some work. While the game is pleasant to look at, in motion, the framerate can be choppy when moving between areas. It’s the only visual blemish on what is otherwise a good-looking game. Hopefully, Nintendo can rein in the framerate and make Link’s Awakening play as good as it looks. 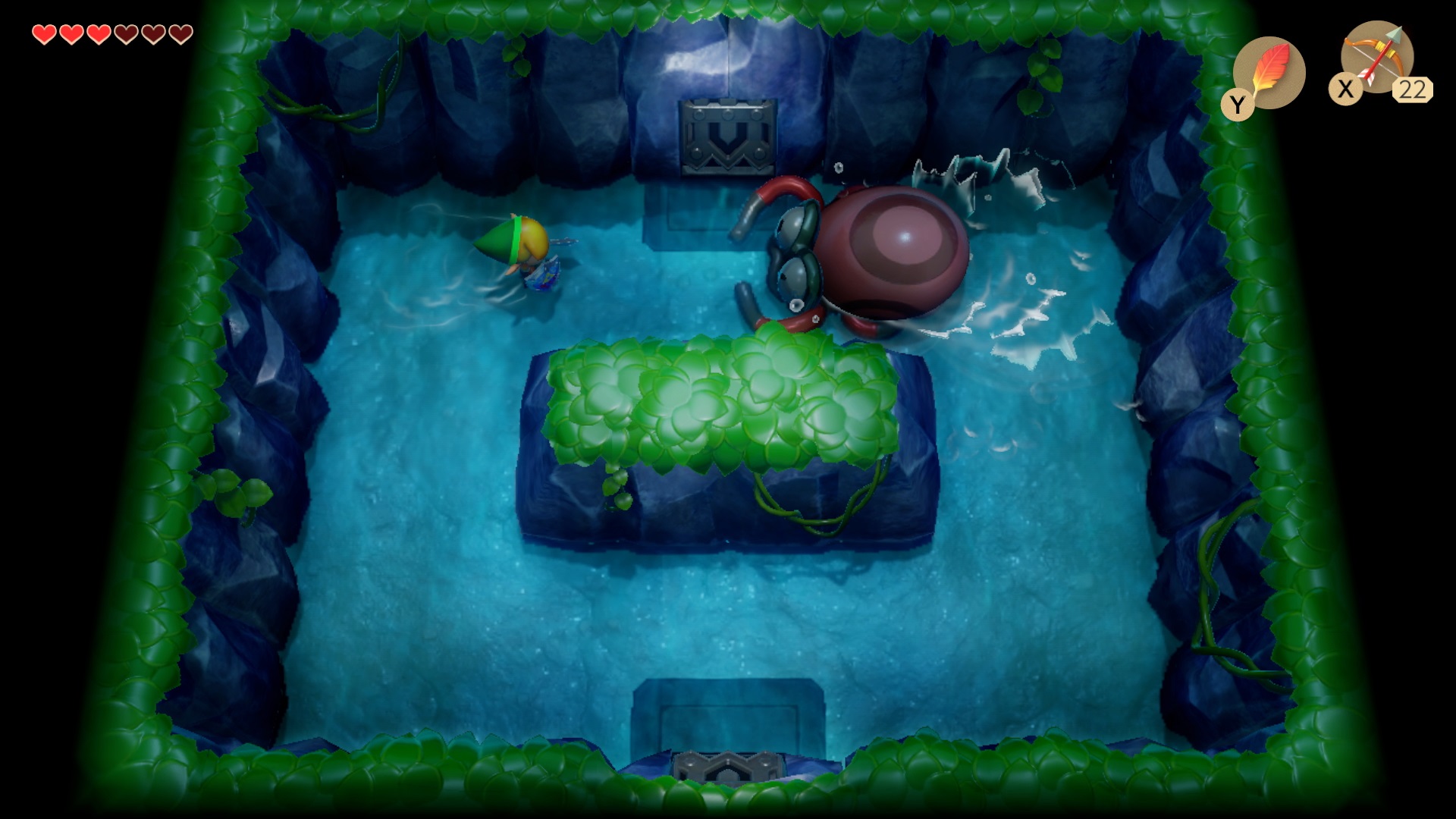 Nintendo’s decision to remake The Legend of Zelda: Link’s Awakening is panning out well. While much of the DNA remains the same, choice improvements ultimately make the game a much better experience. The additional buttons on the Switch removes the tedious swapping back-and-forth between items. Link’s Awakening’s new visuals are gorgeous to look at, it just needs some performance improvements to get it looking as good in motion as it does when standing still. The Legend of Zelda: Link’s Awakening is shaping up to be an adventure Zelda fans won’t want to miss.

The Legend of Zelda: Link’s Awakening is out September 20 on Switch.