The Dragon Quest series has a long, storied history that has transcended multiple consoles and genres. In 2016, Square Enix launched Dragon Quest Builders, a title that firmly fit into the building genre, and in just a few weeks, the sequel, Dragon Quest Builders 2, launches on PS4 and Switch. At E3 2019, we sat down with series producers Noryiyoshi Fujimoto and Takuma Shiraishu, and game director Kazuya Niinou, to learn more about the improvements the team has made for the sequel.

[Hardcore Gamer]: Can you set the stage for Dragon Quest Builders 2? How long after the original does the sequel take place?

[Noryiyoshi Fujimoto, Takuma Shiraishu, Kazuya Niinou]: In terms of when the sequel takes place in relation to the original, it’s approximately 100 years later. The story isn’t interconnected with original, so to speak. Here you’ll find a boy who loves building and a boy unable to create anything. You’ll see their story unfold and relationship unfold, and that’s the fun of it all.

Dragon Quest Builders 2 is out in the West in just a few weeks, but it’s been available in Japan since December. Why’d it take so long to bring it over? 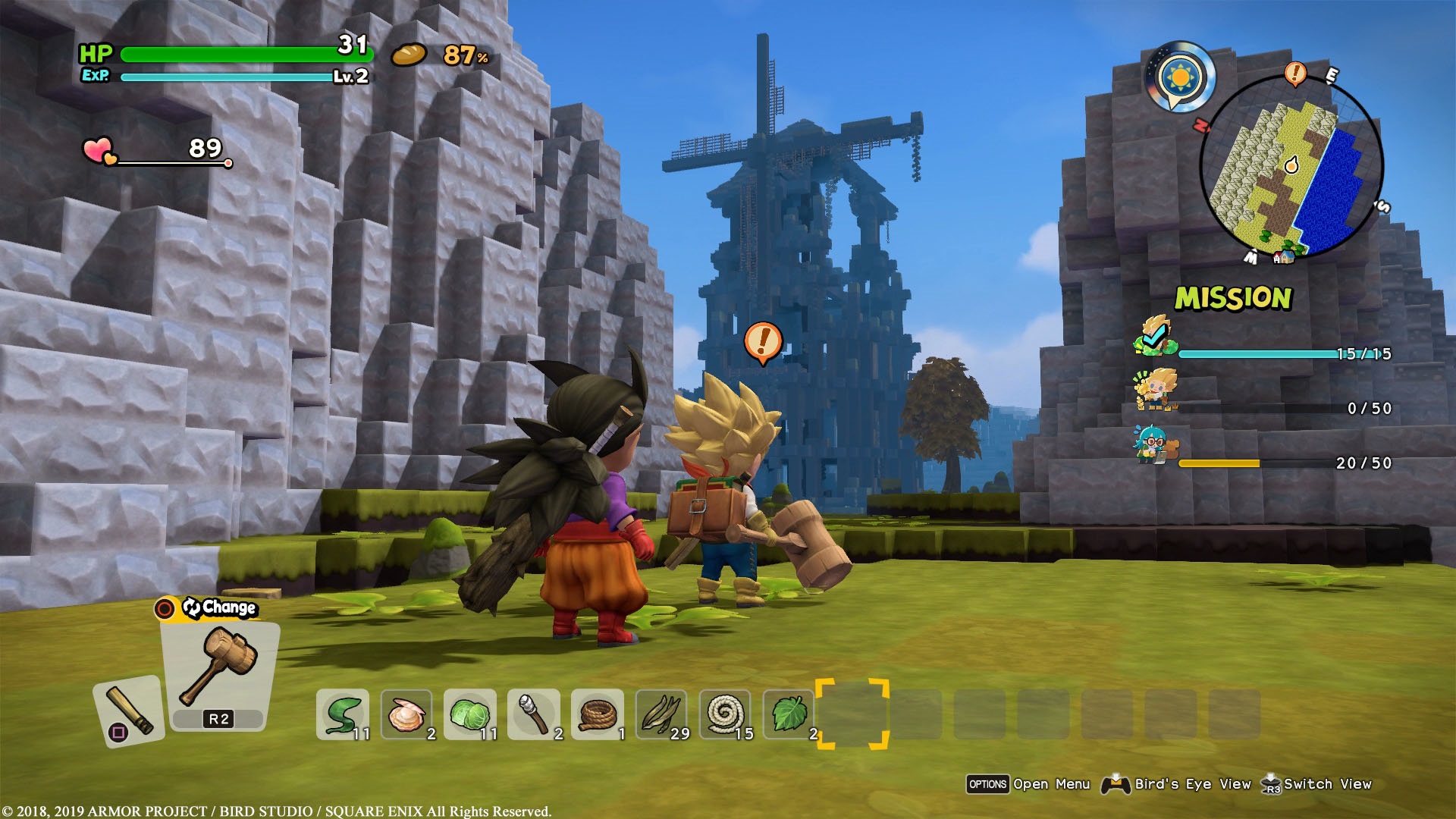 That sounds like it’s going to be long. Can you say how long players can expect to play through the story?

It varies depending on the player. The length is as entwined with the story as it is with building. If you decide to build something out, then the story is going to take a long longer to get through. If we had to put a number on it, however, I’d say the average play time is fifty hours without veering off the critical path.

What new mechanics are you introducing in Dragon Quest Builders 2? What has been improved since the original?

When you look at the previous title, it was a solo adventure. You were adventuring and creating these structures on your own. In Builders 2, it’s about creating monumental creations with your friends and NPC allies. There’s a lot of new sandbox systems and we feel we’ve brought forth a very new experience compared to other building titles.

So, that means one of the big goals of the game is to bring players together to create content. Does that mean that the campaign features co-op or are the story and sandbox creation tools separate modes?

First and foremost, regarding the campaign mode, that is a single player experience. Properly enjoying the story and progressing through it are the object of that mode. Within the campaign, you’ll work with NPCs allies to create these massive towns and figures. In multiplayer, each players gets a large expanse of deserted island called the Isle of Awakening. It’s here that up to four players can get together to build. The story isn’t multiplayer, but you do earn items during the story to help build out your Isle of Awakening as you progress through the campaign. 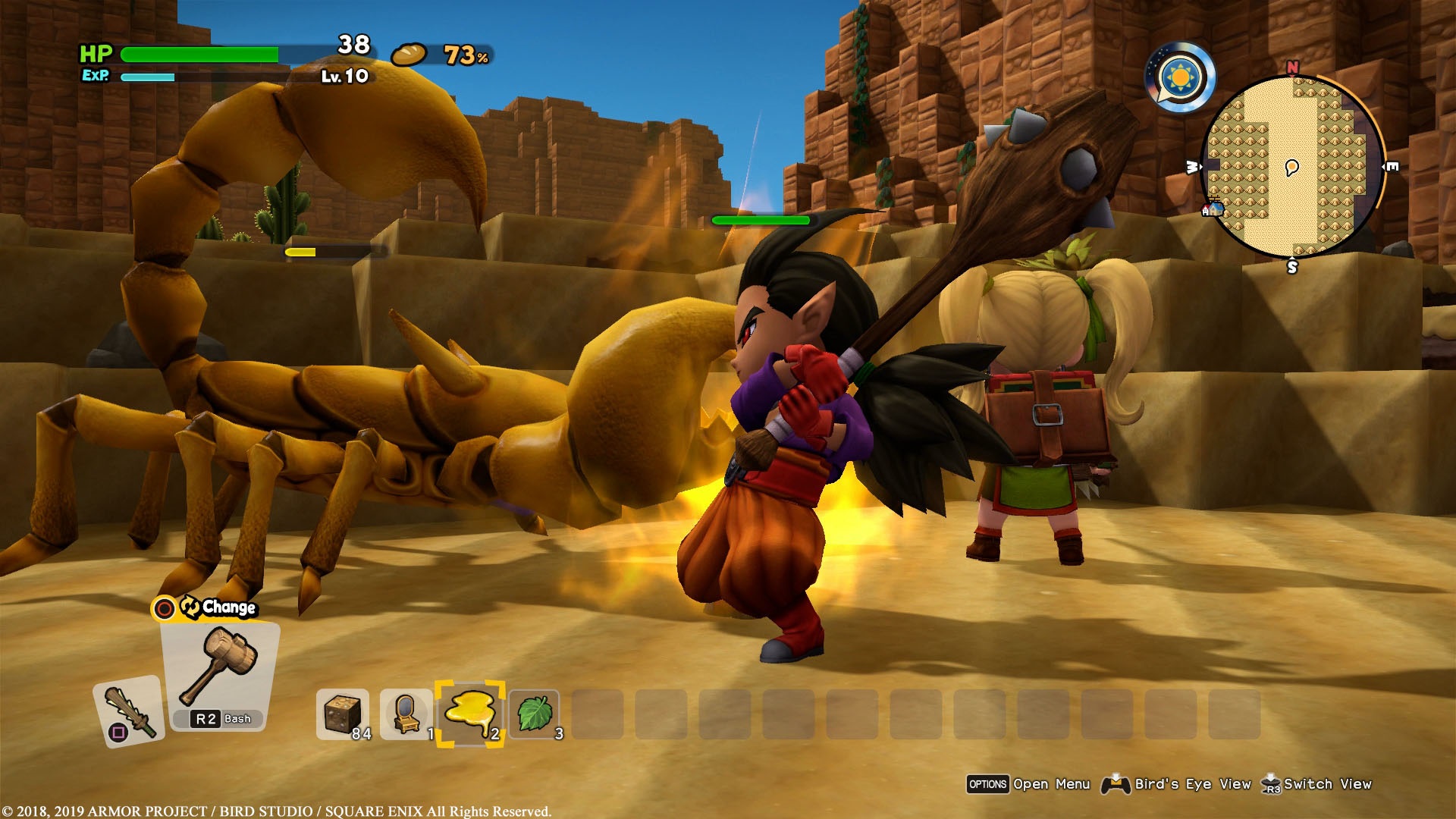 Before we jump into the question, we do want to let you know that there is a notice board within the game that allows players to take and share pictures of their creations. Similarly, to the shared pictures, you’ll also be able to upload a certain area in your isle that anyone can jump into and experience your creation. They can’t build on it, but they can immerse themselves in your world. We’ve already seen a lot of creations out of Japan, which is exciting.

It’s great to see all these different things players can do with the world. However, what kind of customization is available for the player character?

You can freely change their hair color and skin tone. There are also options to change their hairstyle and clothing. Then there are the NPCs, where you can place different clothes in their dresser to get them to change into them. You can’t make them change all the time, but you can supply them with new optional clothing.

A topic that’s been real big at this year’s E3 has been cross-play between platforms. Is there any chance we’ll see that feature between the PS4 and Switch versions?

Online multiplayer won’t feature any cross-play. However, the notice board where you share photos of your creations, will feature photos across both platforms. 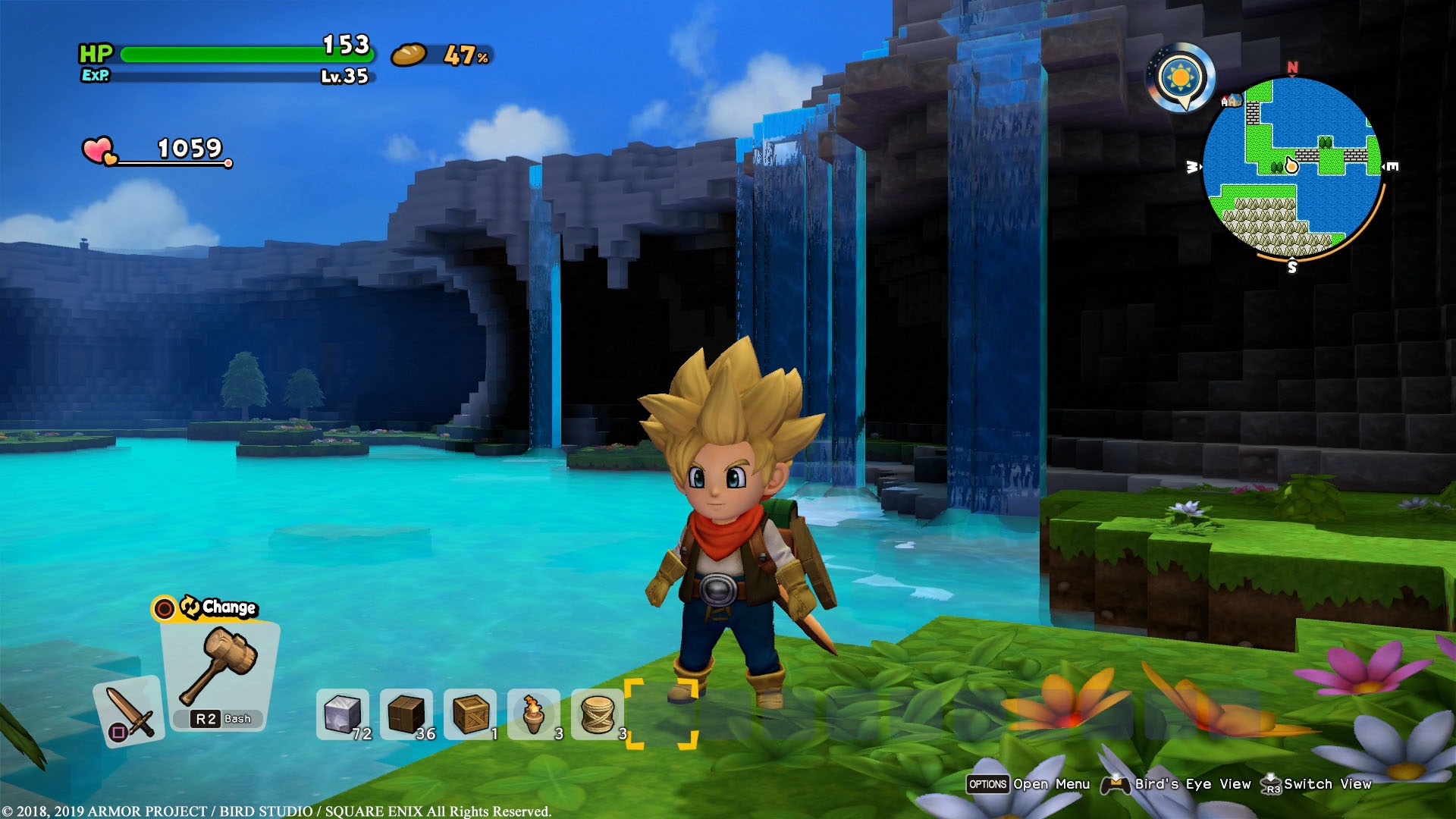 Can you tell us about any PS4 Pro enhancements?

Nothing specific really. The processing is a little bit faster and we are supporting 4K. Those are really the only differentiators between PS4 and Pro.

When can players start building in Dragon Quest Builders 2?