GOG Galaxy has been around for a while, and its new 2.0 incarnation is set to do things that no other launcher has done before. It will allow users to combine the game libraries of multiple devices into one master library and allow users to connect with their friends across all consoles and computing devices. A closed beta for the app is available now and allows users to test out connecting multiple devices, organizing the overall game library, and seeing everything their friends are playing. Galaxy will allow you to launch any PC games you own – no matter what launcher they’re on. This is great if you have a lot of Epic Games Store freebies and want to have a single launcher for everything, you will.

This is also great if you use a lot of Windows Store-exclusive apps – like Gameloft’s free to play games, and want everything launchable from one program. Being able to see cross-platform achievements is pretty neat if you have a buddy playing a game on PS4, but you play on PC and want to have some bragging rights. GOG is ensuring that personal data will never be shared with third-parties, which is a relief in this era of companies selling data and users just getting used to it. GOG Galaxy is usable on either PC or Mac, and using the beta is optional to enjoy GOG games in general – so it’s only going to help enhance the experience and give users more flexibility. You can also do things like rollback to prior versions of a game and use things like cloud saves to keep track of your progress across both a desktop at home or if you’re on the go with a laptop. 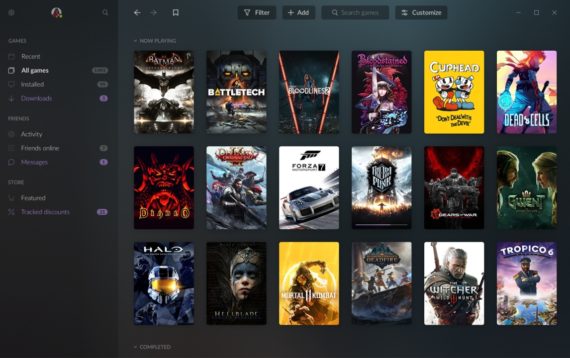