When a primarily-annual series takes a year off, no doubt you’ll find eyes are more attuned to how the studio commandeering efforts have used that extra time in the meantime. You could argue that, strange as it may seem, an annual release that makes its way back into the release calendar may find itself scrutinized more than those following the yearly basis. The observation is meant to be critical naturally, but there is that smidgen of hope from one’s self that a series having been given a year off can be a good thing. What we’d do for the likes of Call of Duty and FIFA to take some much-needed time off, even if it is just a mere twelve months; you may well find people willingly engaging in the series during the pre-release build-up. Granted, the official World Rally Championship series may not have the vast appeal such licenses entail, but that doesn’t mean the effort put in is going to be any less. Or, more importantly, the scrutiny for this year’s showing will be any more forgiving.

It was in 2017 where we last saw studio Kylotonn Games make use of the motor-racing license in WRC 7 — a game that, while flawed, merrily waved the flag for the more simulation-leaning style of racer. Even if it may have felt as if the game was constantly working against you — trying its hardest to provide one frustratingly-tight opportunity after another — the exemplary use of physics held enough of a pull for players to keep thinking that, yes, they could best it. One that narrowed in particularly on the minute details and precision placement when tackling the kind of winding, off-road routes that lend the smallest of decisions to look and feel costly. To that end, WRC 7’s focus on control and sound decision-making meant it could push through and succeed modestly on appeasing even those not deeply invested in the sport’s real-life equivalent. Fast-forward two years with the upcoming WRC 8, the first to feature on the Nintendo Switch no less, and while it may have been a given to see Kylotonn once more wrestle with the kind of nuanced gameplay that has allowed the series to flourish, it’s clear even from a few brief snippets of the content on show — both established and new alike — that WRC 8 could very well be the best the series has ever been. 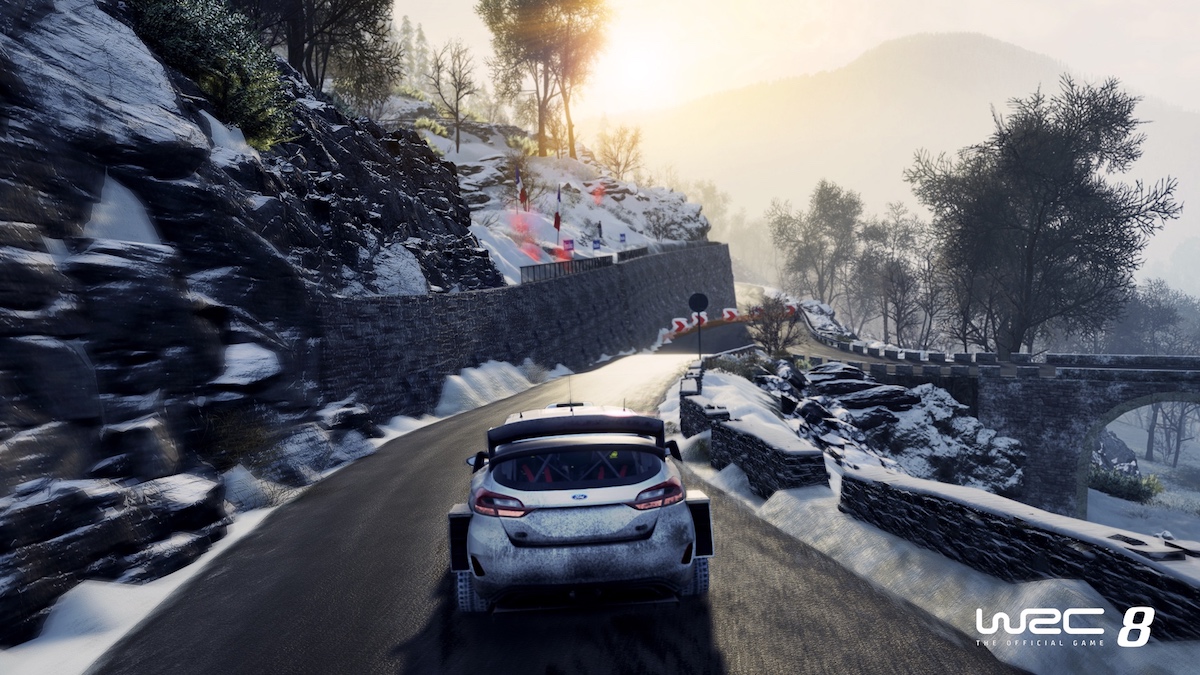 Part of the reason why such a statement could so rightly be declared is not just in the superficial noting of new features for the mere sake of new features. Dynamic weather is of course something we’ve become used to seeing as a prominent declaration in the types of releases that want to reel you in with their worlds and environments alike. But most of the time this feature is at best a fitting cosmetic accompaniment. In WRC 8, it adds but one more requirement in a player’s perilously long-list of things to consider. While the system does confine to the laws of common sense — there’s no snow in Turkey-based races for example — the manner at which the game utilizes dynamic weather is no less effective. In the case of rain, rather than simply appearing as if by a flipped switch, storm clouds slowly gather on the horizon gaining in presence. Before long, the rain starts to pour and those once-straight forward turns or slight angles become that bit more treacherous. Puddles adding to the increased task.

For a concept stripped of its unique presence among video game mechanics, WRC 8 finds a way to reinvigorate that sense that not everything in the environment can be so simply chartered and calculated. And that’s without going into the game’s returning challenge of simply keeping your car on the tracks — knowing when best to angle a corner or hold back on speed for the sake of better handling. Long-time fans will be pleased to see Kylotonn give no quarter to those who aren’t willing to learn and while the initiation — particularly for those completely new to WRC as a series — may be cruel, there’s a lot to take away in simply admiring the environments on show which once again are rendered in a spectacle of textures, lighting and minor details you’ll barely have a second to spot, but are there regardless. 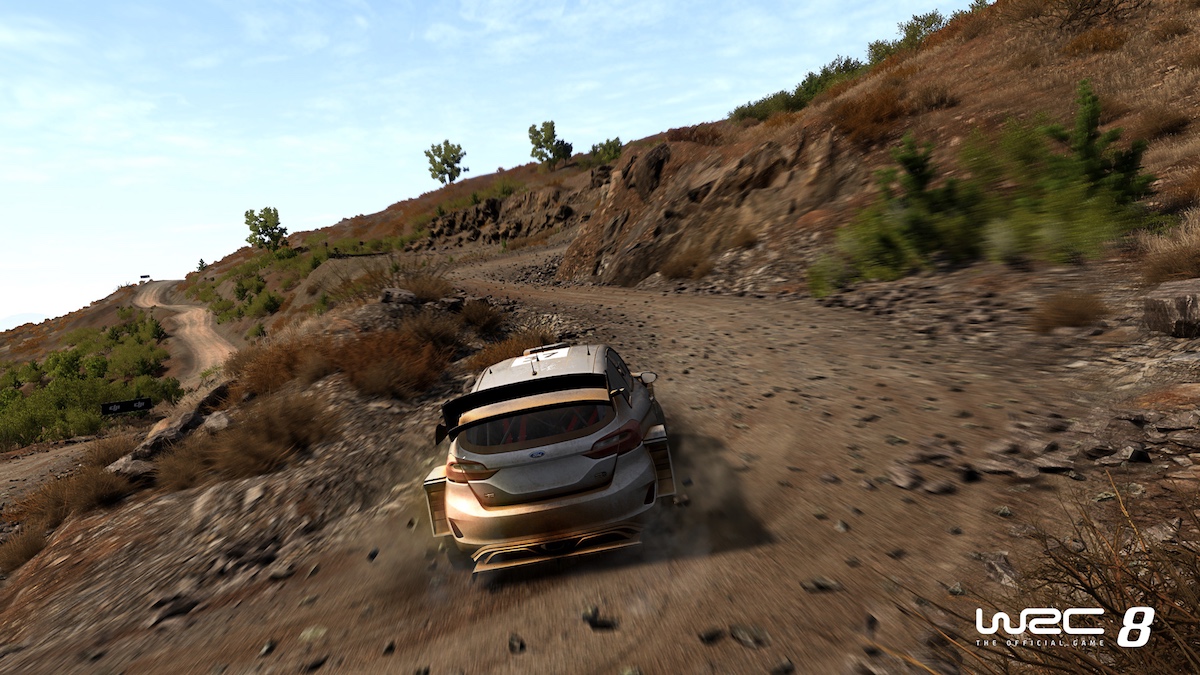 This commitment to content spills over more long before times on the circuit have even been set. WRC 8 this time round allowing players to truly customize and custom-tailor the experience to their liking. Whether it’s the specific handling of each car’s components, or even the view behind the wheel, it shouldn’t be underscored just how dedicated Kylotonn clearly are in giving players the tools to define the experience the way they want it to be. Or rather, how they hope it will be. But no doubt the most prominent change — and one that looks to be improved both on a presentation as much a gameplay front — is the revamped career mode. One that, strangely enough, veers into a little strategy-esque micro-management/RPG territory with the way the game approaches elements like upgrade trees, team staff/personnel as well as the in-game calendar that flags pivotal opportunities to experiment and dabble with the vast array of cars, components and branded products on offer.

Where previous career modes, at least in the visual representation away from the circuit, have felt somewhat like an after-thought — a mandatory place-holder screen for players to visit and revisit time after time — in WRC 8, the fictional layout and environment feels far more deliberate. Different areas that all serve a distinct purpose that are there for show, but strangely enough have that real-time simulation vibe to them. That this is a team you genuinely have to support and look out for. And crucially of all, one that will react based on the results you deliver where it matters most: out on the circuit. Do well and staff members will have their morale boosted, do poorly and well, you can figure out the consequence to that. Even so, the inclusion of such things you wouldn’t necessarily associate with a simulation-focused racer — like RPG-styled stats, levelling-up skill trees and support members that can be swapped out if their own contributive attributes get too low — make WRC 8’s Career Mode feel more fleshed out and at the heart of what this game appears to be going for here. 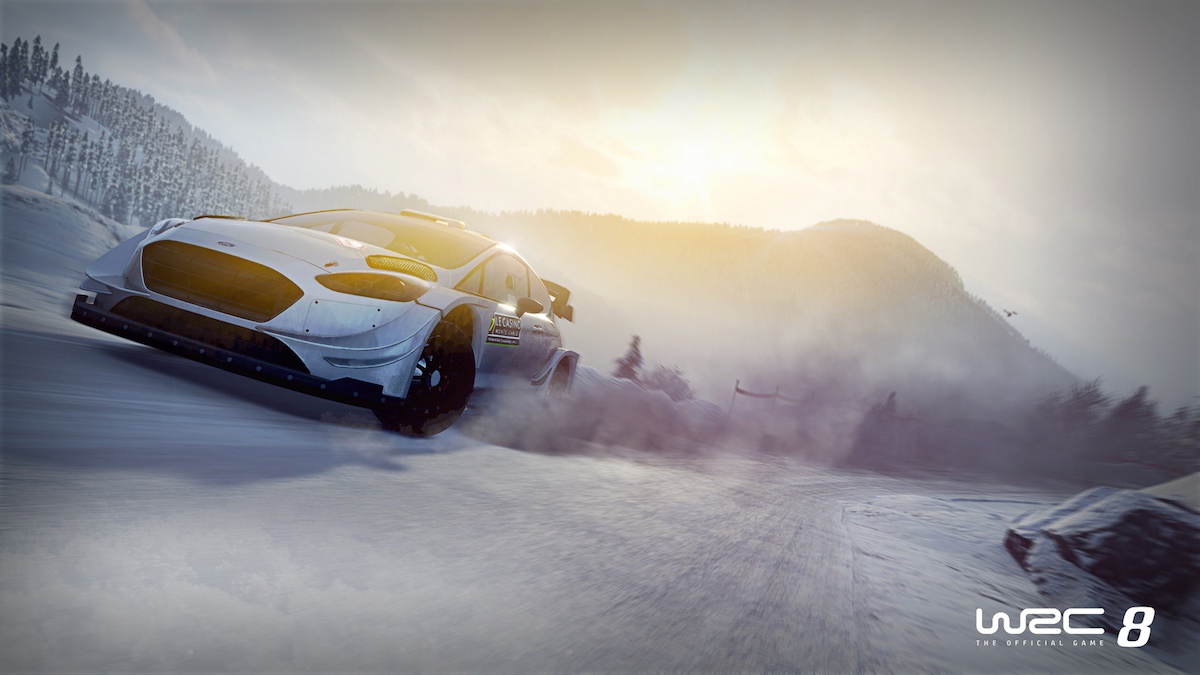 And that looks to be the intention: to create an all-purpose rally title that caters to all form of player, regardless of their interest in delving deep into the finer points of motorsport. It matters not if you spend not a single second fine-tweaking components, studying every slope across the myriad of international locations or dedicating one’s self to making sure your fictional team are the happiest they can be. Sure they’ll go a way’s to improving one’s technical abilities and chances of success, but the great thing about WRC 8 is in its want and need to at least offer such options.

Acknowledgment that, realistically, not everyone will invest in the game for such momentary, deeply-layered aspects; you can jump straight into this year’s offering without a care (or the knowledge) for WRC yet still gain that uncannily, contradicting joy for challenge through frustration. An addiction for the way it treats handling and of the tricky circumstances its rendered tracks will no doubt conjure. Thus, it’s only when you really start to scratch the surface and go beyond simply waving this off as a return to seemingly-annual affairs do you see the breadth of content and the means which this year’s outing plays like a genuine upgrading of established formulae. Even from such brief glimpses across its many modes, Kylotonn appear to have finally nailed how to bind an ambitious design philosophy with an abundance of content to tinker with — WRC 8 having all the signs of being the series’ best effort to date.