In August 2018 the first TAG TEAM Pokémon cards were revealed. Now, a year later not only are new cards being released but the first TAG TEAM Trio card has been announced. These will come as part of the Hidden Fates expansion starting August 23.

The trio that has been revealed consists of Articuno, Zapdos and Moltres combining their powers into one awesome card. The Legendary birds are unleashing absolutely devastating attacks which can deal hundreds of damage points. Some Shiny Pokémon like Mew and Mewtwo are coming as well as themed tins for Charizard, Gyarados and Raichu. Look for collectible tins, pins and an Elite Trainer Box to release in September.

Check out the trio team up below and stay tuned for more Pokémon and Pokémon TCG news. 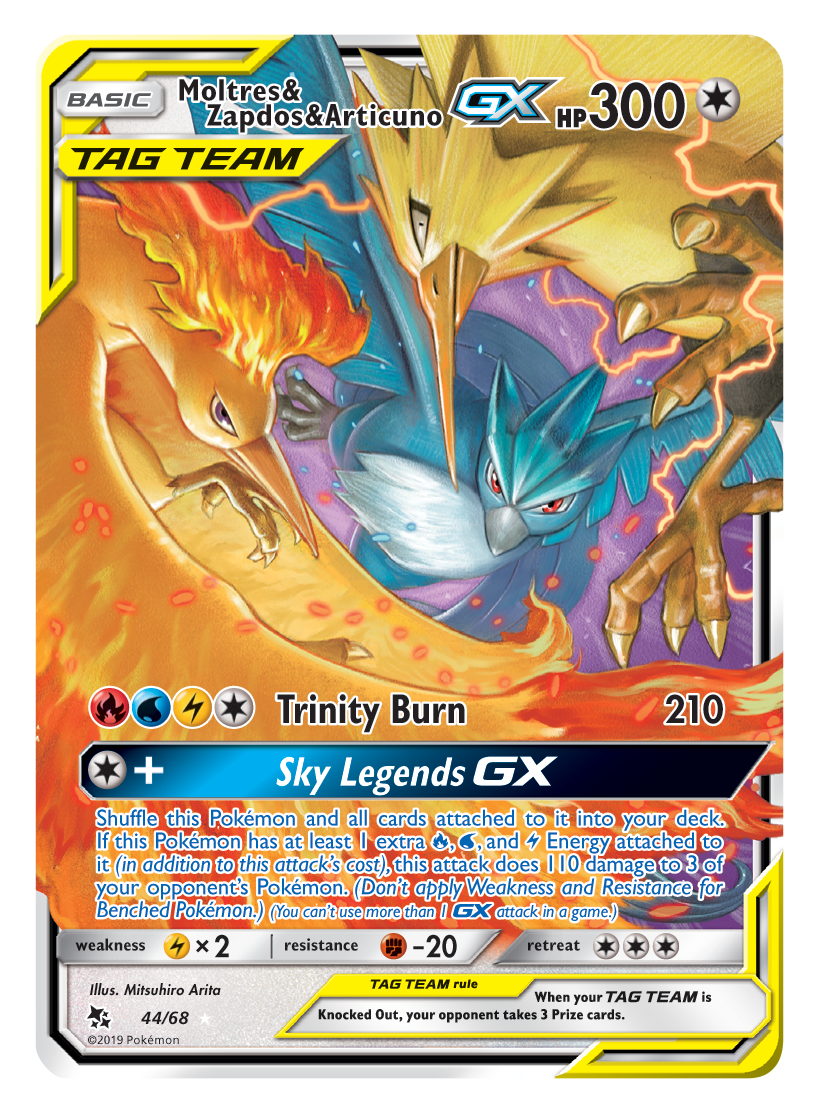