Once upon a long time ago games came out and, barring a patch or two, that was it.  Then came DLC, adding everything from horse armor to new chapters, leading inevitably to Games as a Service.  Why should something be done when instead it can be worked on forever?  The update cycle has led to confusion about when a game is “dead” instead of simply “done”, but usually the creators try to make it clear when the very final touches have been put on something.  Hyperspace Invaders II was, to all appearances, complete, with the last patch coming out over three years ago.  The thing about Done, though, is that it only lasts as long as the game’s creator wants.  There were a few small things nagging at the back of Jan Robbe’s mind about his creation, so after a multi-year break he hopped back in to fix them, the result of which is a free update that’s the first of several to come, plus a name change to Hyperspace Invaders II DX.

There’s a crazy amount of polish applied everywhere to earn the DX tag.  The entire game now runs at 1080p 60FPS, as well as an upgrade on the audio from 128kbps to 320kbps.  Two new playable ships join the original, each playing differently from the other, and the enemies got new bullet and movement patterns.  The art for everything received a full makeover as well, with effects being toned down but looking much nicer overall.  The new update is the groundwork for more to come, pushed out in time for the Steam Summer Sale and the game’s whopping $0.50 price tag.  Future updates will bring new levels, which is another way of saying new music.  Hyperspace Invaders II DX is a shooter made of crazed pixel color-chaos but the soundtrack is its heart.  The game is an album of intense techno and electronica, with the gameplay letting you create a lightshow to the beat.  Which isn’t to say it’s easy, of course, because there’s more than enough bullet hell going on to trigger the end of a song well before its play-time is up.

Hyperspace Invaders II has been a personal favorite of mine for a couple of years now but had been sitting dusty in a corner of the hard drive, and now it’s back with more on the way.  This is normally where I’d put a video but, seeing as there is none, take a peek at the screen below to get an idea of what a calmer moment of shooting looks like.  If it even slightly catches your interest then there’s probably worse ways to risk $0.50. 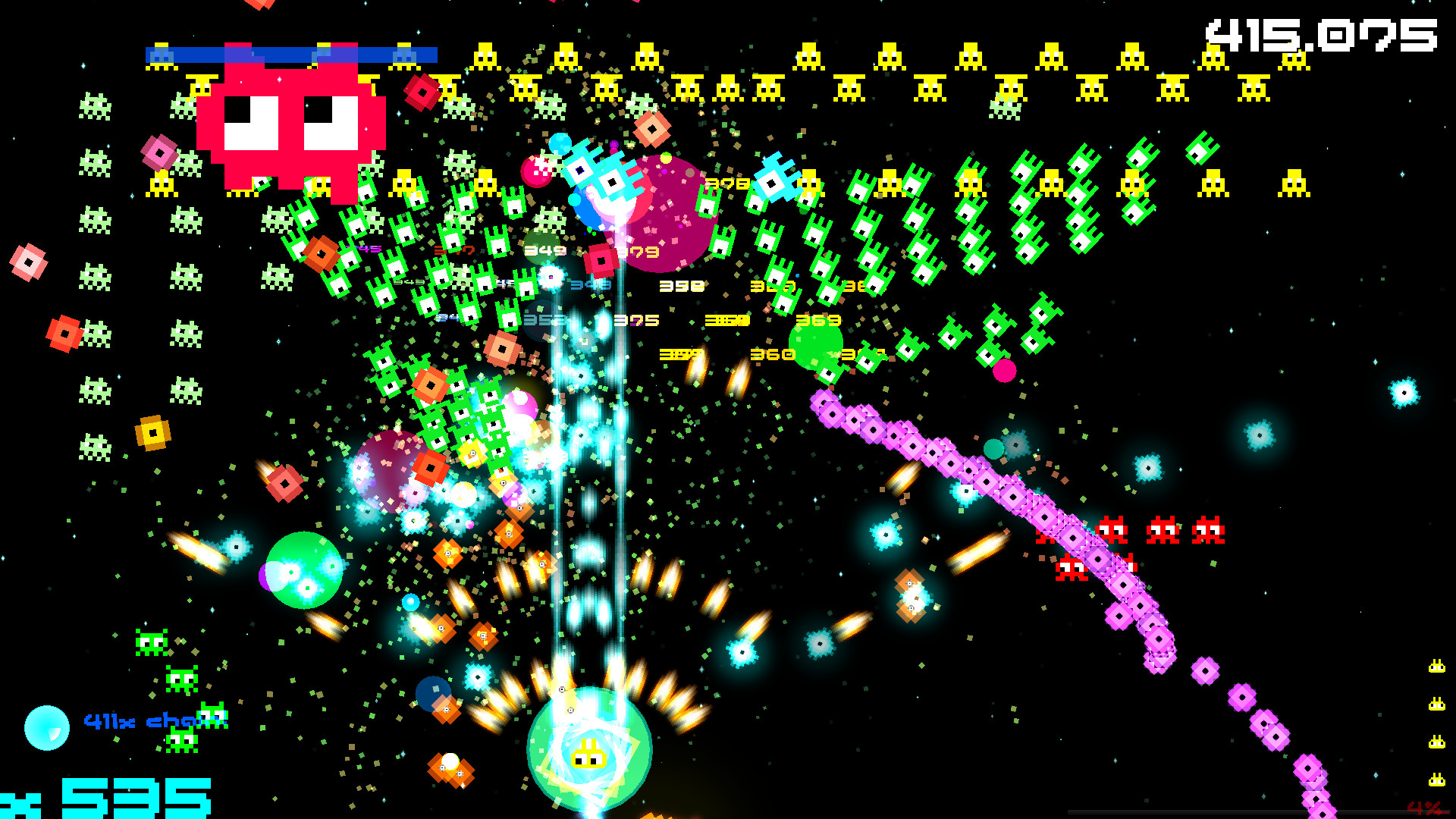