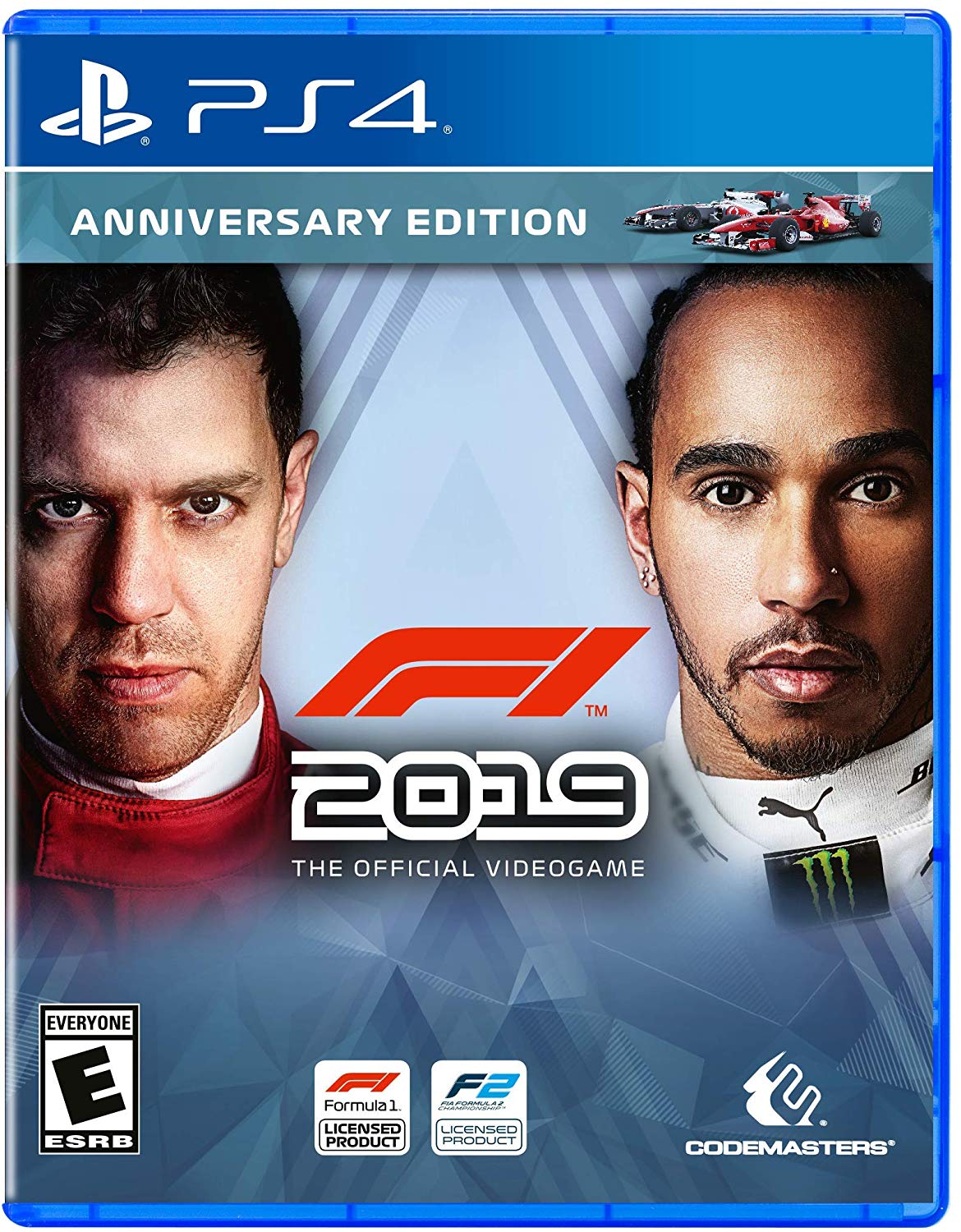 Codemasters has always been known for top-notch racing titles. Racing series such as TOCA, Micro Machines and Colin McRae Rally helped the company name become recognizable. Ten years ago, however, Codemasters won the bid for the Formula 1 license and have run with it ever since. F1 2019 marks the tenth anniversary of the franchise and if you go back and play those original titles, you’ll see how much this series has grown. Now with a professional eSports series and plenty of authentic Formula 1 attributes, F1 2019 looks to be the ultimate Formula 1 game.

Codemasters continues to embrace the history of F1 with this year’s game. Back in 2013, Codemasters introduced some classic cars mainly to align with a popular movie at the time that featured the battle of James Hunt and the recently-deceased Niki Lauda. They brought the classic cars back and have added more this year. More importantly, they introduced an even bigger rivalry to the game. Ayrton Senna and Alain Prost have their player likeness and some of their famous cars from the past included in F1 2019. The only problem with this is that in order to unlock these cars, you have to complete their challenge events. These challenge events are contained in the new Career Mode, so it’s a bit disappointing that you would have to pay extra for these cars and not have them immediately.

As for the cars in F1 2019, this year boasts the biggest lineup. Outside of the 2019 Formula One lineup and the four generations worth of classic cars, the Formula Two series makes its debut in the series. What ultimately is fantastic about all of these cars is that each era of car sounds and handles differently. Playing as the F2004 and hearing the roaring of engine of what was once great will have you cranking the headphones. The F2 cars are a smaller F1 car and lack the hybrid system, but are a joy to drive. These cars are more difficult to drive than F1 cars and lack the constant system management that the F1 cars have. It’s nice to have a solid variety of cars to choose from.

In terms of the handling of this year’s F1 cars, the handling model feels more distinct and consistent. The focus, much like the sport, is on tyre management and maintaining traction while making sure your speed is still there. It seems easier this year to not only feel the car get loose, but also save it. This is with no traction control on as having traction control allows the car to be pushed more. You will still be managing aspects in the car such as fuel mixture and MDF, which can be a bit annoying. The voice commands return as well and remains an underrated aspect that was added to the series this generation. There isn’t this much management in any other racing game and is a good representation of what the drivers and teams have to deal with in F1. The classic cars and F2 cars do not have to do this as the cars lack the technology. I do wish there was a simpler method to making these changes while racing.

It really feels like this years handling is fulling embracing Codemasters’ eSports competition. This feels like the first version of the series that clearly is geared towards using the wheel. When playing with a controller, the feedback and response felt unrealistically quick, where as using a Logitech G29 wheel felt perfect without need for calibration. Feedback on the wheel feels perfect without adjustment, which may lead to why it feels easier to judge traction loss and save the car this year.

As for the experience on the track besides the handling model, it feels like F1 2019 took a step backwards. The AI is mostly atrocious and feels like it was left on the back burner. While overtaking isn’t a huge aspect of Formula One racing, it is something the AI doesn’t bother to either attempt or let happen. There have been a handful of times that I noticed the AI make a pass in a DRS zone, but rarely does anything side-by-side happen. This includes at the beginning of races. The AI generally sticks to the racing line in a single file. If you try to go under for an overtake in a corner, the AI has no idea you’re there. I have even had the AI bump me in the back. Your driver will react when a bump is made, but the opponents mostly pay you no attention. Lap cars in the real sport are instructed to move out of the way and they just don’t here. This can hamper achieving challenges and other necessary times in the game. This also further backs the team’s focus on its eSports division as they want to create competitive online racing which ultimately leaves the single player experience behind. Adjusting the difficulty level just made the opponents go faster on the track, but still lack aggression and awareness. 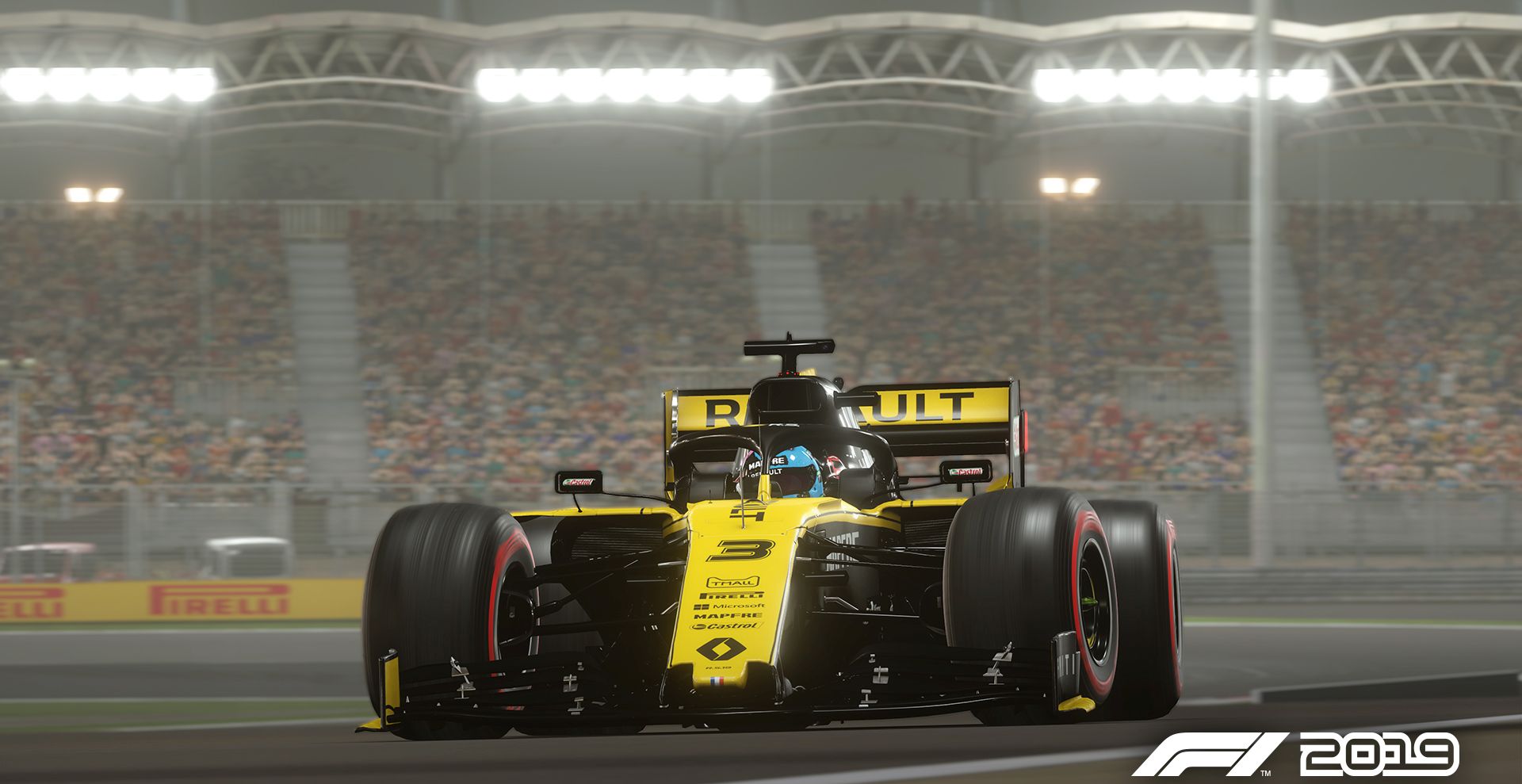 The single player experience does make the series’ biggest leap with the Career Mode. Thanks to the inclusion of the F2 series, players will start with a narrative experience here as opposed to going through winter testing like previous games. You start off by taking over with a few laps left in some races as you try to sneak away a championship or finish with points. Upon the initial boot of the game, you create you driver and then choose the driver program you want to aim for. The narrative cutscenes are neat and I would almost appreciate a separate mode created like this for the F1 series for a full season. The cutscenes, however, still have you in the first person and it would have made more sense to include the driver you created. Also, when you finish the F2 season, you can still choose whatever team you like. There really isn’t a pay off. Even more strange is that some of the F2 drivers come up and replace current F1 drivers. Lastly, the F2 cars and drivers are from last year even though Codemasters has stated the 2019 lineup will release later.

The rest of the career direction carries over from previous years. You earn R&D points by accomplishing objectives in practice and you allocate the points to improve stability and performance of the car. Interviews feel much more abundant as you look to build your driver’s reputation and stock. This would mean more if we didn’t have the option to immediately jump to a top team. There is still a bit of variety here rather than running practices and races in repetition.

Codemasters has done an excellent job of accomplishing an even smoother visual experience with F1 2019. It runs at a consistent 60 FPS, but it seems some visual fidelity has been compromised. This was reviewed on the PS4 Pro, so other platforms may have better visuals. Lighting has been improved and that is especially noticeable at the night races. Facial scans mostly look realistic outside of a few, but overall it’s still a good looking game. The cars and cockpit still look great. The biggest improvement comes with an overhauled rain physics system. The rain effects look gorgeous with water droplets dripping down the screen and car spray in heavy rain making the track nearly impossible to see. This is a whole new immersive experience. Not to mention that the handling physics change and using a classic or F2 car will truly challenge your driving ability.

The car sounds are truly the best they have ever been in the series. The varying engines of cars past to the current F1 and F2 cars have never sounded better. It has been difficult to get this generation of hybrid V6s to sound good, but Codemasters has done a tremendous job with this. Pre-race introductions and commentary return and the game actually features two different announce teams for both racing series. These introductions are largely unchanged, but still make the game feel like a television broadcast. There’s still no commentary during racing.

With the focus switching to online eSports racing for Codemasters, this experience has to be up to par. The online experience runs consistently and features a Super License system so that better pairing can be experienced over time. The game also features different liveries outside of the stock F1 liveries to use. Players will earn rankings and credits to use to unlock varying liveries as well. While the system did lock up after an online race, I never had any lag or disconnects during the race. Much like other racing games, there will be bad seeds on there that can hinder the experience. F1 2019 features ranked and unranked racing with one shot qualifying and a track vote. There’s no traditional lobby system. There are also weekly events to come back to.

I’m inclined to call F1 2019 the most complete version of Codemasters’ series to date. The Career Mode has some good ideas and the inclusion of the new classic cars and the F2 cars add a bit of variety to the series. If you pay for something, however, you shouldn’t need to wait to unlock it. The AI can be a killer and racing online will have you weeding through some jobbers until you gain some experience on the Super License. Running at a silky smooth frame rate and capturing the sound of the cars while not having an overly-difficult handling model makes the core game the best that it will be this generation. F1 2019 is embracing the legacy of the sport and stays true to providing a true replication of Formula One.