Pandemic studios’ 2005 sandbox-styled action-adventure, Destroy All Humans!, may have gotten most of its attention for its far-from-serious (in case the title wasn’t enough of an oxymoronic indicator) parodying of 1960’s America, but at a time when Rockstar’s Grand Theft Auto was slowly becoming the go-to for maniacal fun and [potentially] frenzied killing sprees, Destroy All Humans! served a peculiar twist on proceedings. While there have been numerous follow-ups and sequels to denote this a series, it’s safe to say that subsequent titles never did match the novel heights that the original garnered. While it may be deemed a positive that the game’s TV advertising still find their way to materialize in one’s memories, it’s telling when — brief a retrospect it may be — a game’s marketing stands out far more clearer than the contents of the release itself.

Developer Black Forest Games — together with THQ Nordic — are hoping to change that perspective with the recently-announced remake of the original Destroy All Humans! I say remake, but from what was shown off at this year’s E3 by the team themselves, the 2020 iteration of Destroy All Humans! aims for a more balanced appeasing of old and new alike. A notable factor being that all the original game’s voice-work remains intact and unchanged. Complimented by upgraded character models, textures and a general environmental design that makes use of modern-day technology, but still refrains from tampering with the tonal and presentational foundation. Naturally, the team could’ve gone the direction of simply remastering the game with improved textures and possibly an improvement to frame-rate and yet when asked on such a route, it was appealing to hear the team speak of wanting to bring the game up to modern-day standards. 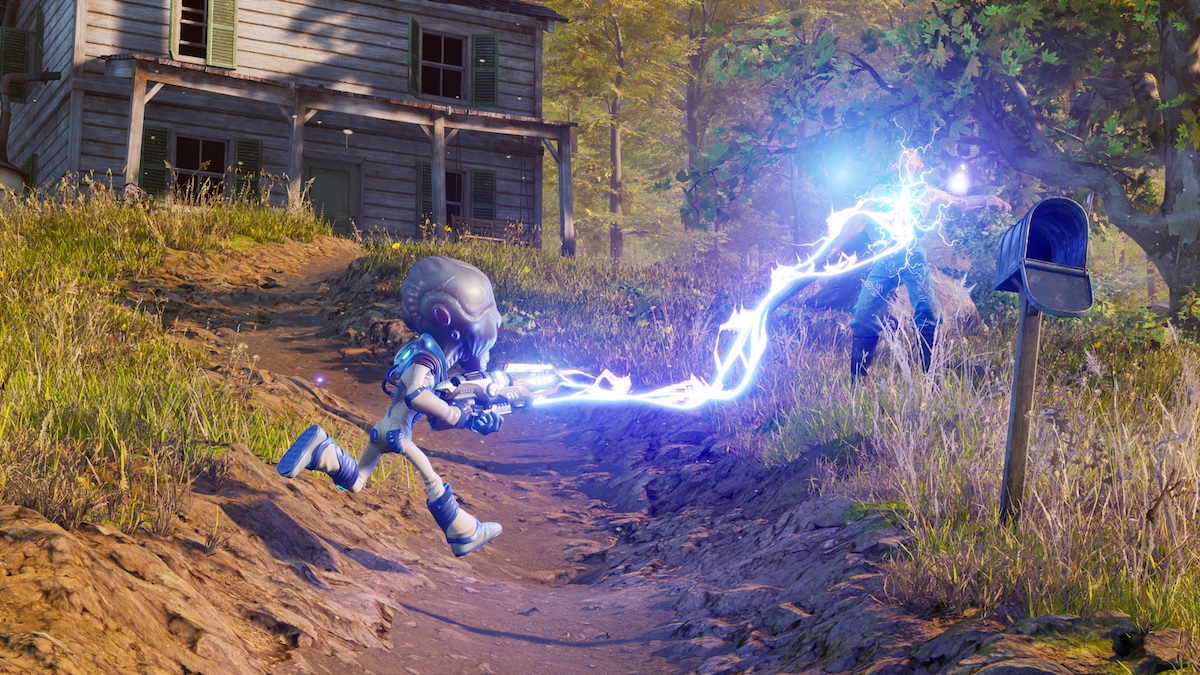 And it shows; for one, crucial control schemes whether it’s on-land or in your trustee UFO, are now rebuilt for dual analog controls. The team even went about setting up a debug “room” of sorts to show off such improvements. Where once traveling via UFO confined you to the same level on an axis, you can now freely move up and down — maneuvering about the air as your blast building to pieces with your laser. But more importantly, the act of mildly torturing and putting an end to NPC’s lives feels fittingly more open and easier to switch. Early and infant a build the game clearly was when shown off, the modern-day sensibility of being able to lock-on to targets, or quickly swapping out weapons on-the-fly, makes the experience far more inviting to explore. The relief in being able to do two things at once may be easily dismissed, but that doesn’t mean the game’s inclusion of such an aspect is any less pivotal

An improvement that works wonders for such things like the optional missions and objectives. Score-based feats where making the most of your environment — and knowing how best to chain the game’s non-gory signature killing — is key and players, no doubt, will be wildly searching for their next victim — hapless humans respawning in all directions within a consigned area of the game’s open-world. An activity that, more impressively, means that Black Forest’s additional improvements serve more than just some mandatory checking-off of contemporary essentials. Notably the way lock-on when using your telekinesis abilities, turn red when an additional offensive skill — namely being able to throw humans across distances — is finally enabled. It’s a small, possibly meager addition, but it’s a fitting representation of that previously-mentioned balance between old and new. Between what gave the game its driving identity, and that understanding that with new times, come new demands for what works well in open-world styled action-adventure releases. 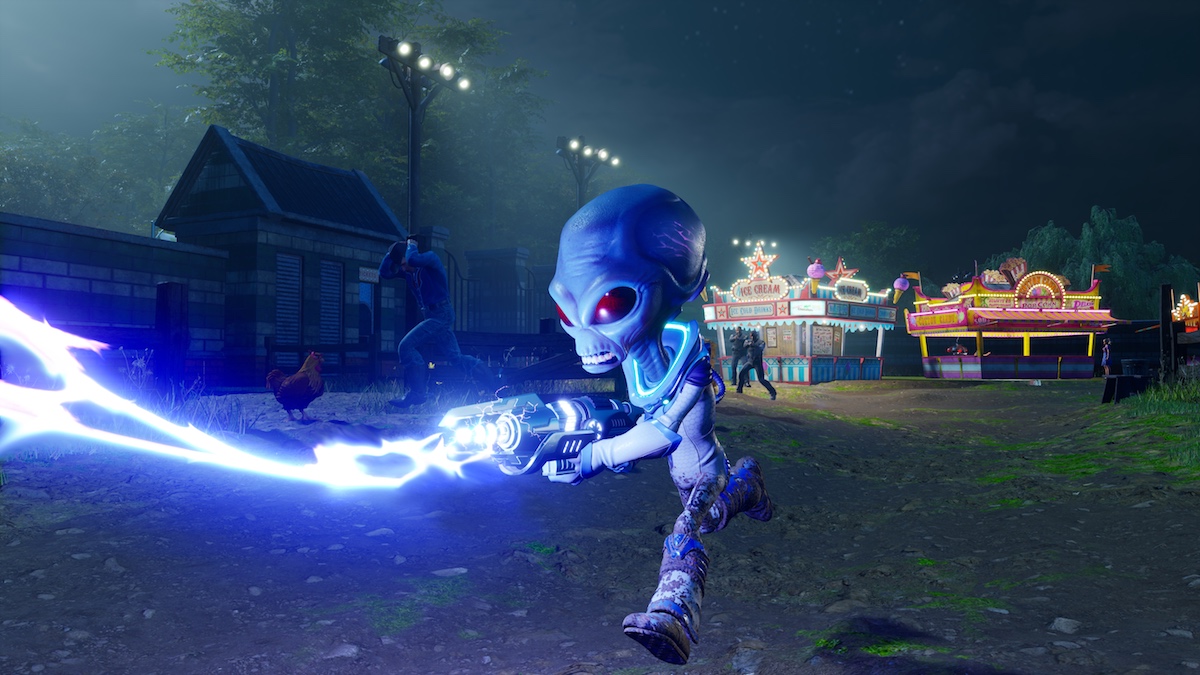 A game that, according to the team themselves, may serve as a catalyst for a fresh, current-generation revival of the series (and a possible full-on sequel thereafter, providing publisher THQ Nordic give the green-light) Destroy All Humans! wants to recapture that mid-2000s love for running about a vast sandbox — deadly, human-ending tools close by. And where a simple bolster to resolution and frame-rate may have passed and appeased a selection of those dedicated enough in the original iteration, Black Forest’s turning towards the remake treatment (while making sure to remain faithful to the source material) could be the best course of action for such a dormant, yet eccentric slice of open-world antics. Need we remind ourselves just how crowded and over-saturated the open-world premise has become over the past ten years? With Destroy All Humans! perhaps this specific flavor of AA, dark-comedy violence — now with a touch more polish and improved controls alike — will prove a touch liberating.