Ah, the soul-sucking mundane job life. The dehumanizing slog that makes you feel like nothing more than in insignificant cog in a machine. The jerks that slap you with ten-hour shifts just as you’ve gotten back from a major trade show and need to devote as much time as possible to writing about what you’ve seen, but no, you need to assist some person in Toronto who never looked at a bill even once. Oh, sorry, I think I got off-topic there. The point, though, is that I wholly sympathize with the protagonist in Mosaic, the upcoming adventure game from Raw Fury and developers Krillbite Studio. And it helps that said game seems highly interesting so far.

In fairness, it’s not just about the job itself for our main character, but the blight of urban life and the tedium of mundane routine, among other things. This can be seen in the intro, where after a surreal dream sequence, our protagonist wakes up in their bleak, near-monochrome apartment. They get up, check their phone, look at the news, flick on the lights, head in the bathroom, brush their teeth, encounter the talking goldfish in the sink… 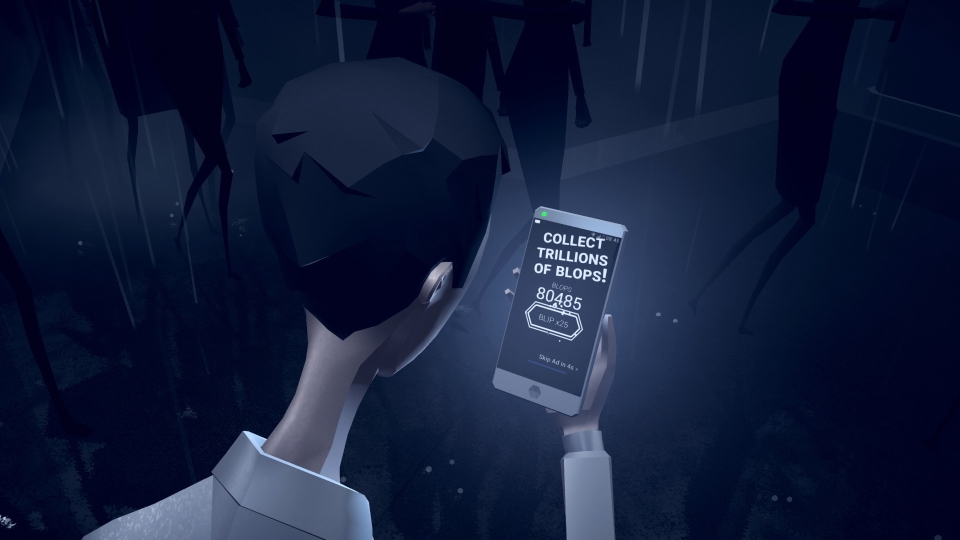 Oh yeah, the goldfish. Mosaic has a lot of surreal content in it and this was one of the earlier parts. It’s unknown if this was just a hallucination or anything else, but after having a discussion about our lives and the issues in them, we had to make a choice of either leaving the goldfish in the sink or keeping it in our pocket. Whether or not this choice comes back later somehow or if there will be similar moments later on is yet to be seen, but I’m intrigued as to where this may go. The surreal touches also extend to a theme of escapism that seems to be present, as examining a window with sunlight coming through took us into the sky for a short sequence, where our lead felt a bit of joy before coming back to reality and leaving for work.

Honestly, one of the simplest things during this commute sold the chilling feel of urban blight, and that was the mailboxes in our apartment lobby. I know, it sounds mundane, but imagine near-endless rows upon rows of them, all the same, grey boxes constantly lining the will. It almost felt this wasn’t just a huge apartment complex or skyscraper, but one of the tower blocks from Dredd, minus any sort of color but with just as much satire. It was a feeling that lined everything in the demo, and it was nice and creepy, showing some impressive visual design. 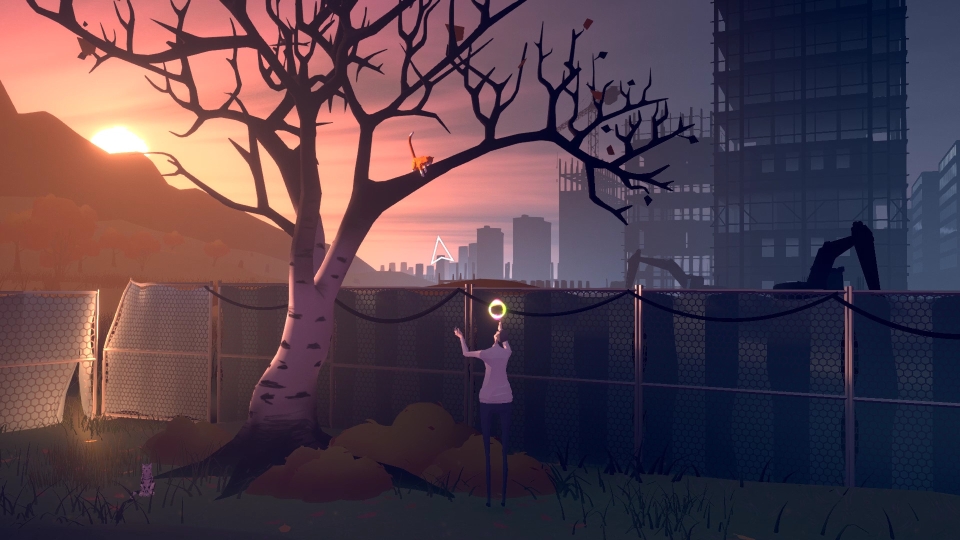 Heading outside of our building on the way to the work, things weren’t much better. We received a message saying that if we were late again, our pay would be affected. All around, everyone was just emotionlessly heading to work, walking at the same speed. Everyone was walking to the right, and I suppose that in an act of defiance, I head left, coming across what appeared to be the edge of the city. Here there was a lone tree, standing out with some color, with a cat trapped in it. After making some friends with it and helping it down, it exited through a fence, reuniting with its friend. Charming stuff.

This, however, led us to another fantasy of sorts. At the edge of the city, we saw a sunny, warm field being overlooked by a series of skyscrapers far in the distance, some under construction. And one by one, they all imploded and crumbled to the ground, like it was the ending to Fight Club or something. Which I honestly thought was a bit…iffy. I mean, yes, I get it, our current society is effed up, overpopulation is an issue, things can get rather dehumanizing…but this felt a wee bit too blunt in delivering a message. Plus the fact that our protagonist dreams of building being destroying suggests they may be a bit messed up. Although it could very well be that maybe this is the point, and we have to struggle with our desires and emotions along the way. So we’ll see if that goes anywhere. 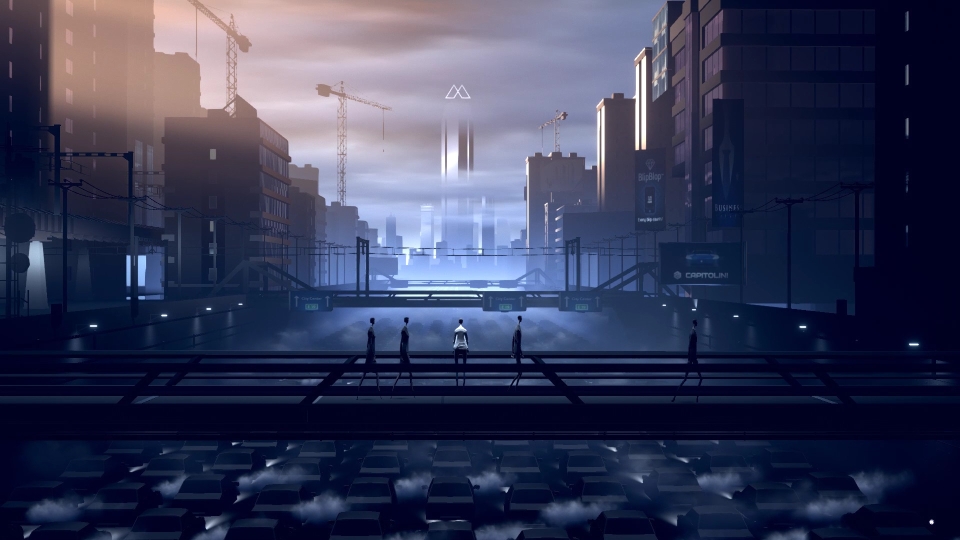 If you haven’t figured it out by now, a lot of Mosaic seemed to consist of vignettes where our protagonist experiences various fantasies. After getting back on track and walking to work, the next thing we encountered was a lone butterfly. After staring at it intently, suddenly we were controlling the butterfly, guiding it through a construction area filled with threats that could kill it, from sparks to heavy objects being dropped. Arcade-esque moments in graphic adventure games are always a pet peeve of mine, but this one surprisingly worked well, putting forth just the right level of challenge and having solid flying controls.

As the demo ended, a surreal form of sorts came to us in a vision, raising the question of exactly how much of everything we see is in our heads, and that there may be a larger story to explore. A teaser also showed other offbeat sequences, such a avoiding getting trampled by giant feet or swimming in a dark ocean. Mosaic plays well and has a setup and narrative that captures our attention, so we can’t want to see the full game when it comes out later this year for all major platforms.