The two costumes come from the new film, Spider-Man: Far From Home. The latest entry in the Marvel Cinematic Universe sees Peter Parker travel to Europe for vacation. However, circumstances arise that force him back into two new Spider-Suits. Starting today, players can hop into Marvel’s Spider-Man and experience these suits first-hand. As with all previous suits, both are free to all owners of the game. 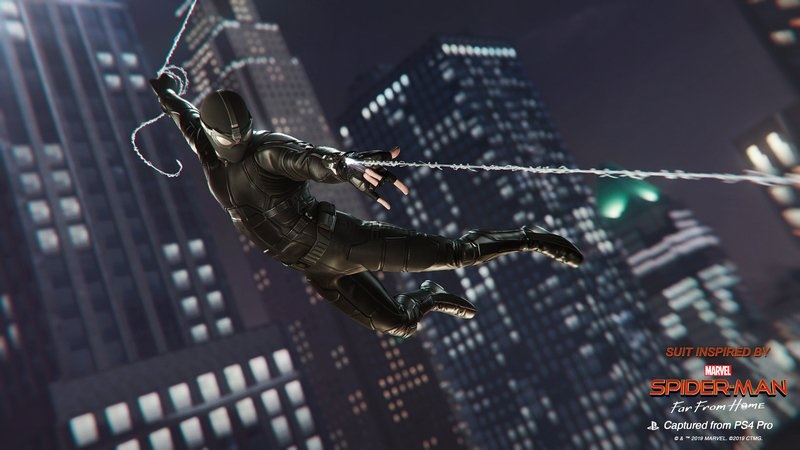 The two suits are the ‘Upgrade Suit’ and ‘Stealth Suit.’ The Upgrade Suit is visually similar to suit used in Homecoming, but with some color alterations. Meanwhile, the Stealth Suit utilizes muted colors so that Spider-Man can blend in with the dark. In many ways, the costume looks as if it pulled inspiration from Spider-Man Noir.

Marvel’s Spider-Man is available now on PS4. All three DLC episodes are out and available as well. All post-release costumes, including the Far From Home ones, are available for free. You can see Spider-Man: Far From Home in theatres starting today.