One of the objectives one hopes will be aptly crossed off the list of hopeful (and not impossible) wishes, when checking out a new project for the first time, is to find comfort in the familiar. That might initially seem like an odd statement to make; should we not be looking for the best of what’s new instead? Of course, that is as much a hope — arguably the greatest of them all — and it’s always nice to come away with having experienced something either strikingly engaging or completely unexpected (in a positive aspect). Creativity is this medium’s life-blood understandably, but sometimes that enriching that stems from a positive experience doesn’t always have to be branded as a new IP or project alike. Sometimes, comfort in the familiar — albeit, familiarity with a slight, deviating twist — can have you depart with a bit more of a spring in your step. Safe to say Rebellion Developments added a bit more than a figurative spring with what they have upcoming.

Our recent meeting with Rebellion impressed us in a multitude of ways with projects stemming from the developer/publisher’s own past efforts, recent returns and some long-dormant names ready for a reawakening of sorts. Two titles particularly wowed us and it’s no exaggeration to say that both proved fascinatingly worthwhile for differing reasons. There’s no doubt that there are games that have left a longer-lasting, lingering impression — or simply offered up a new take or spin on something otherwise perceived to be more of the same — but if there’s one thing Rebellion is triumphing with, it’s consistency. Consistency in being ushered from one game to the next — and while naturally questioning how a full product will play out with such vertical slices on show — finding something uniquely inviting to keep me watchful for either project’s future updates. 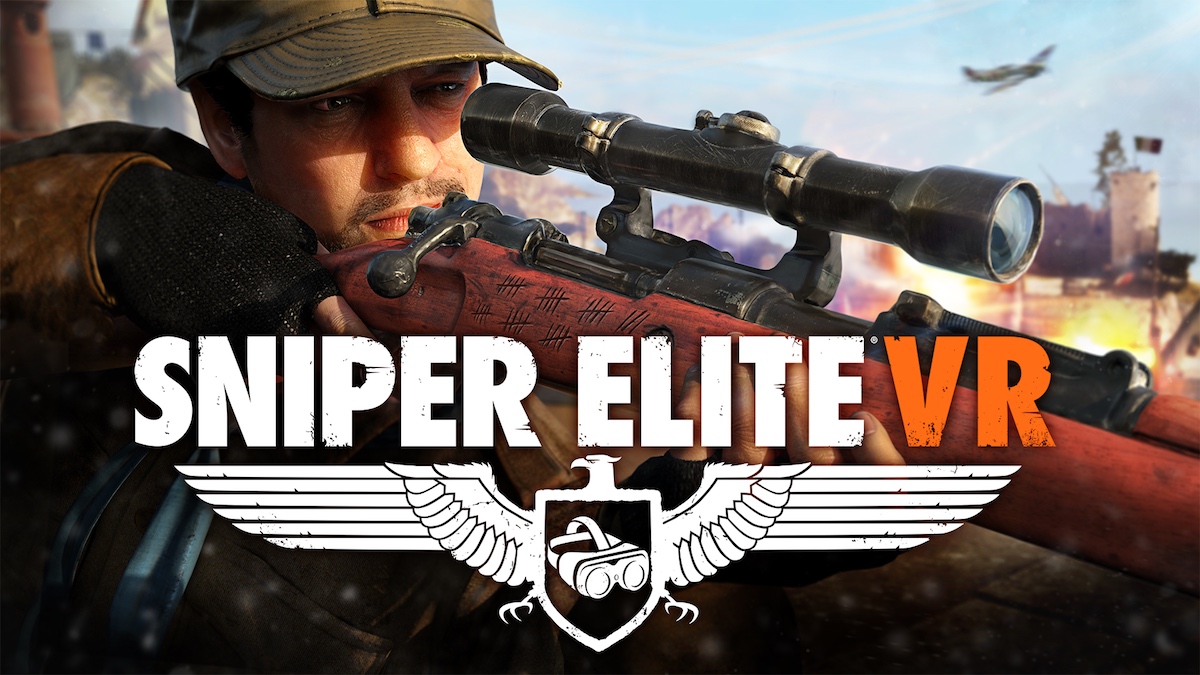 It was interesting to see Rebellion’s approach to VR with Sniper Elite, firstly. For a series that has so often been praised for what it does, out and away from player-control — its slow-motion bullet-cam and more calculating approach to tactical, third-person cover-shooting — Sniper Elite VR, as alpha a build the game was when trying it out, looks to have not relied all that much on the signature presentation that has made the mere act of firing one’s rifle that touch more entertaining. You’ll be pleased to hear that the series’ first VR rendition also doesn’t conform to the predictable rule-set that it simply must be a shooting gallery in disguise. Sure the feeling can at times be that one is merely taking pop shots from out the opening of a window or from behind cover, but thankfully the series’ consideration for bullet drop and wind remain a fundamental part of the gameplay.

Movement is handled in an on-rails affair where the player-character is rendered as “moving” as if on ice — the potential risk of motion-sickness that foot-steps (particularly when running comes into play) may incur is nullified here. While this may give the overall product an underlining sense of it being simply many a shooting gallery, that doesn’t mean the gameplay is in any way impacted. Especially if you decide to play on Sniper Elite mode — the series’ version of “Hard” difficulty, if you will — and making careful use of destructible cover and an enemy’s vulnerabilities while reloading are paramount. For obvious reason, the dramatic bullet-cam shots are reeled in significantly here; Sniper Elite VR’s take instead being that of having a closer-up shot of the damage incurred on your target at near-point blank range. 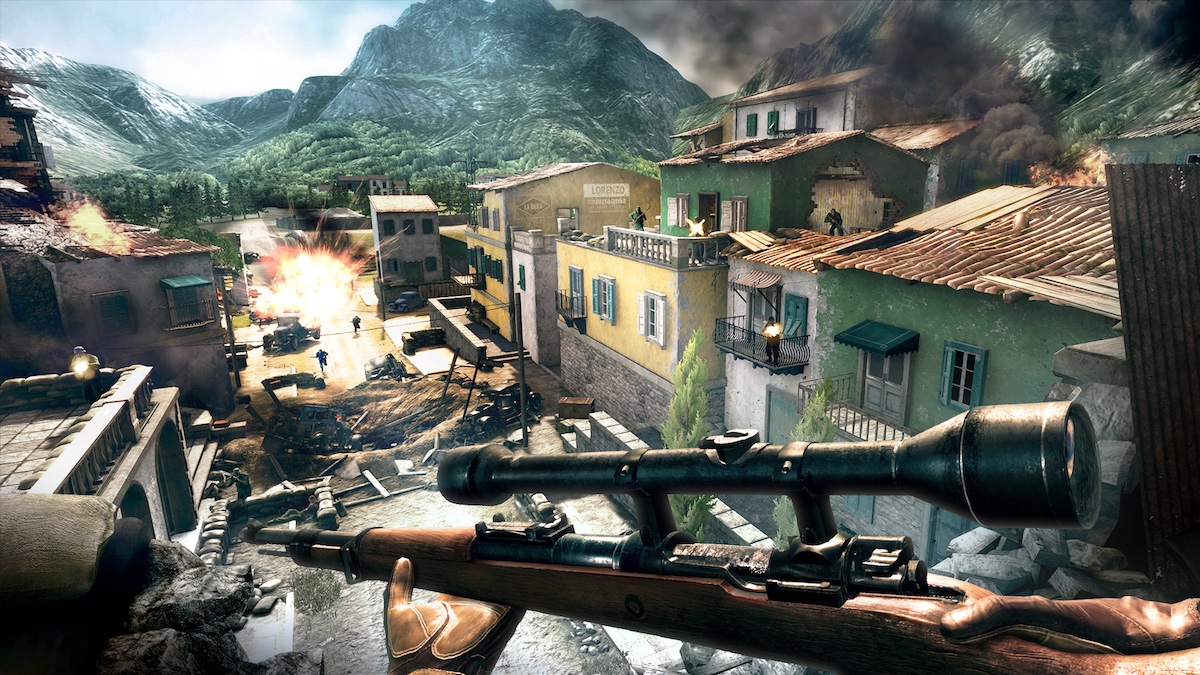 Though the developers do state that this particular aspect of the experience is very much a work-in-progress, it’s a neat take on arguably the series’ most indulgent moment(s), now smartly translated for VR headsets without, again, running the risk of motion sickness. Ultimately following on from that same temporary satisfaction of seeing your good work and precise pin-pointing play out through fractured bone and splattered flesh. It’s unclear how the format of the project will play out — whether this is indeed a variant on the shooting gallery-type delivery of foes to hit and targets to acquire, or is in fact a full-blown, stand-alone campaign with story/cutscenes to match — but even from a couple of rounds of trying to get as high a score as possible, it’s surprising how well Sniper Elite has translated into VR without losing a significant amount of what has given the series such staying power over the years.

Speaking of surprise from such simple, straight-to-the-point deliveries of a premise, this year saw the return of Zombie Army in the form of Zombie Army 4: Dead War. What started as an innocent-enough mod of Sniper Elite with everyone’s “favorite” past-gen staple, zombies, the project has grown to become its own bizarre little bundle of short-burst rounds of undead-slaying. One that, this year, shows no sign of taking its foot off the gas. In a way, almost appearing to take notes from the company’s recently-released co-op frenzy, Strange Brigade, in its seeming apathy towards taking things slower. Because as frantic, occasionally perilous and risky rounds can so often progress towards, much like Rebellion’s latest IP birth, Dead War appears to revel — better still, encourage — that faster, near-erratic, pace of sprinting, firing off a few rounds and sprinting some more. 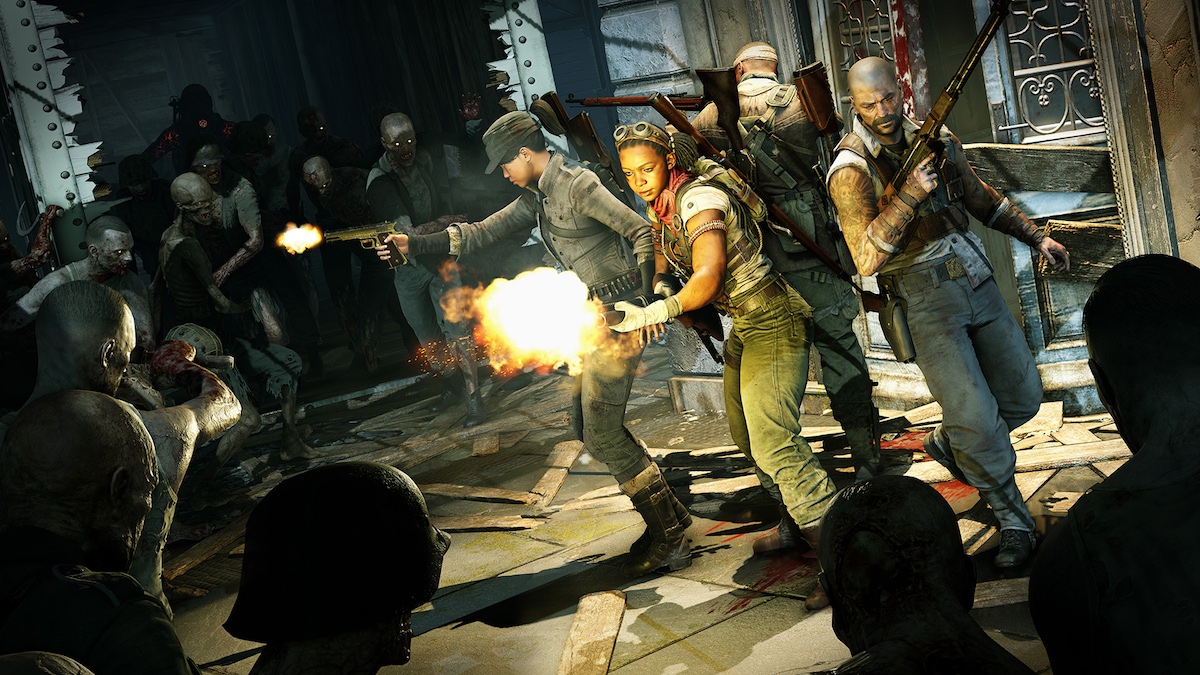 Naturally, there is purpose to all this running about. Purpose that, hopefully, stitches all these brief zombie engagements together. And even if it does boil down to taking out a set number (well within the many-dozen) of nazi-aligned monstrosities with a bolt-action and/or sub-machine gun accompanying, whether it’s simply to rack up a high score through the game’s chain/combo-based system, or more easily getting lost in the madness unfolding, much like Strange Brigade before it, Dead War revels in its own madness. Madness not from a conceptual standpoint — because, again, are we really to claim this is an original idea — but simply through the pace and sheer surge of so many enemies littering the sectioned-off points on these linear-run missions.

Whether or not Rebellion have taken pages from the time developing/focusing on the separate, pulp-esque affairs with Strange Brigade or not remains a mystery. Dead War is in keeping with the studio’s co-op formula that the Zombie Army trilogy has been geared towards and yet you can’t help but appreciate just how well a fourth installment sits — or rather, plays, when you actually sit down and so willingly dive head-first into such madness — when in actuality it may not even be that radical a step-up. But perhaps Dead War, just as much as Strange Brigade professed previous, and the indulgent glee it offers stems from that seemingly-impossible goal: to retain such lofty enjoyment without feeling like such a fundamental difference. And if log-running series like PES and Yakuza alike can succeed even with similarities and visual-level likeness, why can’t Zombie Army? At the very least, Zombie Army 4: Dead War could be proof that no, you can never have too much of a good thing.