One of the problems with being an evil overlord is good help can be so difficult to find. This could be one of the reasons why necromancy is a common vocational skill among them; instead of actually having to seek out like minions you can just kill a few people, harvest their body parts and build your own army. This is the approach used by the titular necromancer of Iratus: Lord of the Dead, a roguelike turn-based strategy game that isn’t afraid to wear the heart it harvested from Darkest Dungeon on its sleeve. The twist is now the player will be controlling the evil necromancer to create their own frankenforces to thwart glory-seeking adventurers.

Iratus is not what you would consider a warrior, but someone is going to have to fight his battles for him. As stated above he has an endless supply of obedient soldiers, or at least the potential to create them. His recruitment method makes everyone in his force expendable but also limitless in number. Organs and other body parts collected when the battlefield is cleaned up can be used in the creation interface to easily assemble new units for Iratus’s army. The undead strangely have quite the ravenous appetite, as feeding them other discarded organs can increase their power. 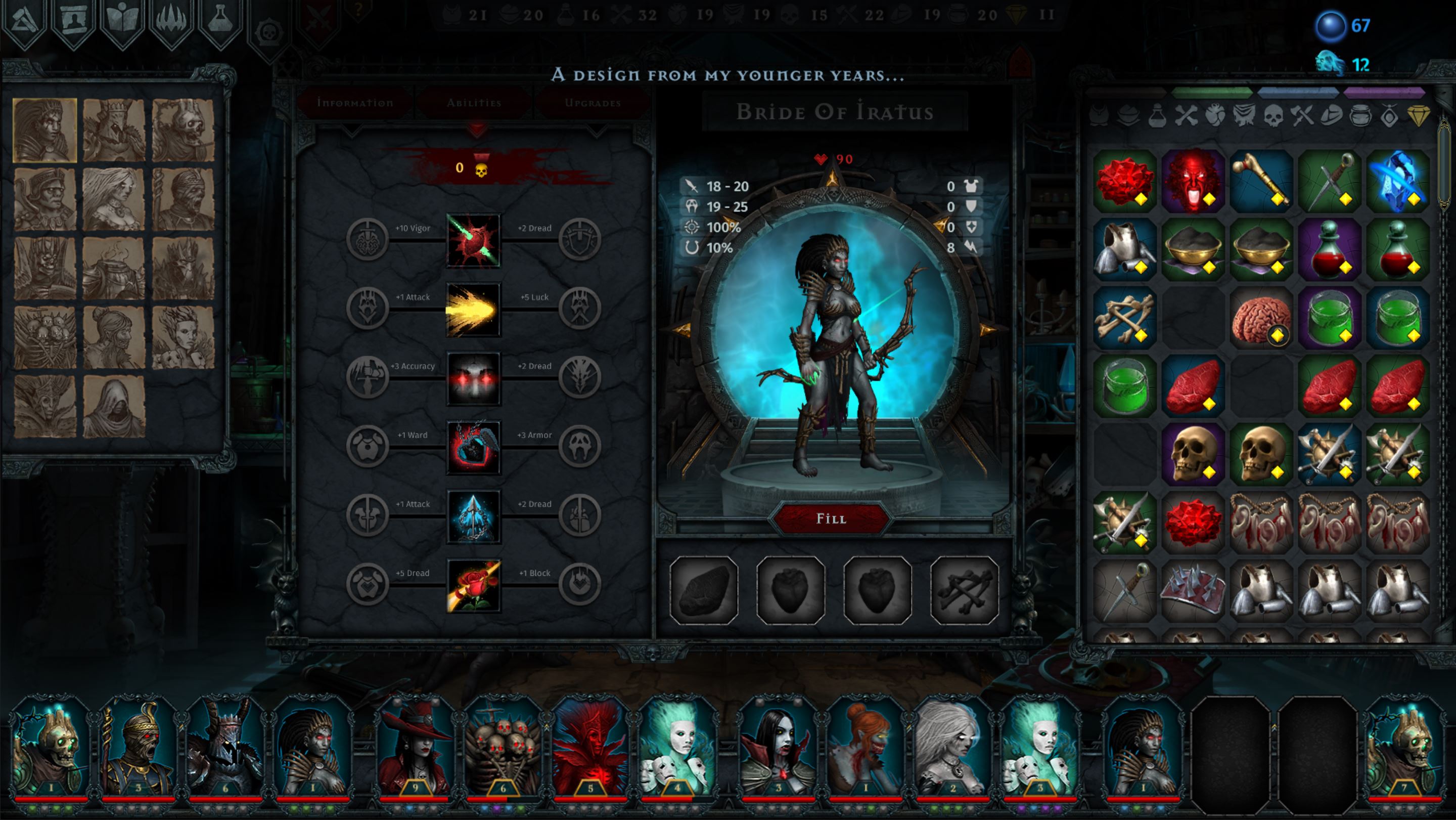 The interface for creating these unholy abominations for Iratus’s army made creating and powering up the army units a breeze. Each of the disposable heroes has their own skill tree with different buffs, powers and other assorted abilities and skills. This gives players the freedom to customize and create the units as they see to best fit their play style, as there are an abundance of different ways to create your army. One of the pluses about every unit being killable is there is a lot of freedom to experiment. If a specific character build doesn’t work just wait until they get destroyed on battle. If someone works out well, try to keep them alive or at least remember how you made it.

The battles in Iratus: Lord of the Dead is where things really come together. The order of units in each party’s lineup every turn factors into how effective they can be and what powers are at their disposal. Sometimes just using the most powerful offensive attack isn’t the best approach, as using a more strategic approach such as using a trap to immobilize an enemy in a place where they are more vulnerable or unable to use their more powerful attacks could end up being more conducive to victory. There are enough different abilities and combinations where mastering all the nuances to battle strategy in this will take dozens of hours. 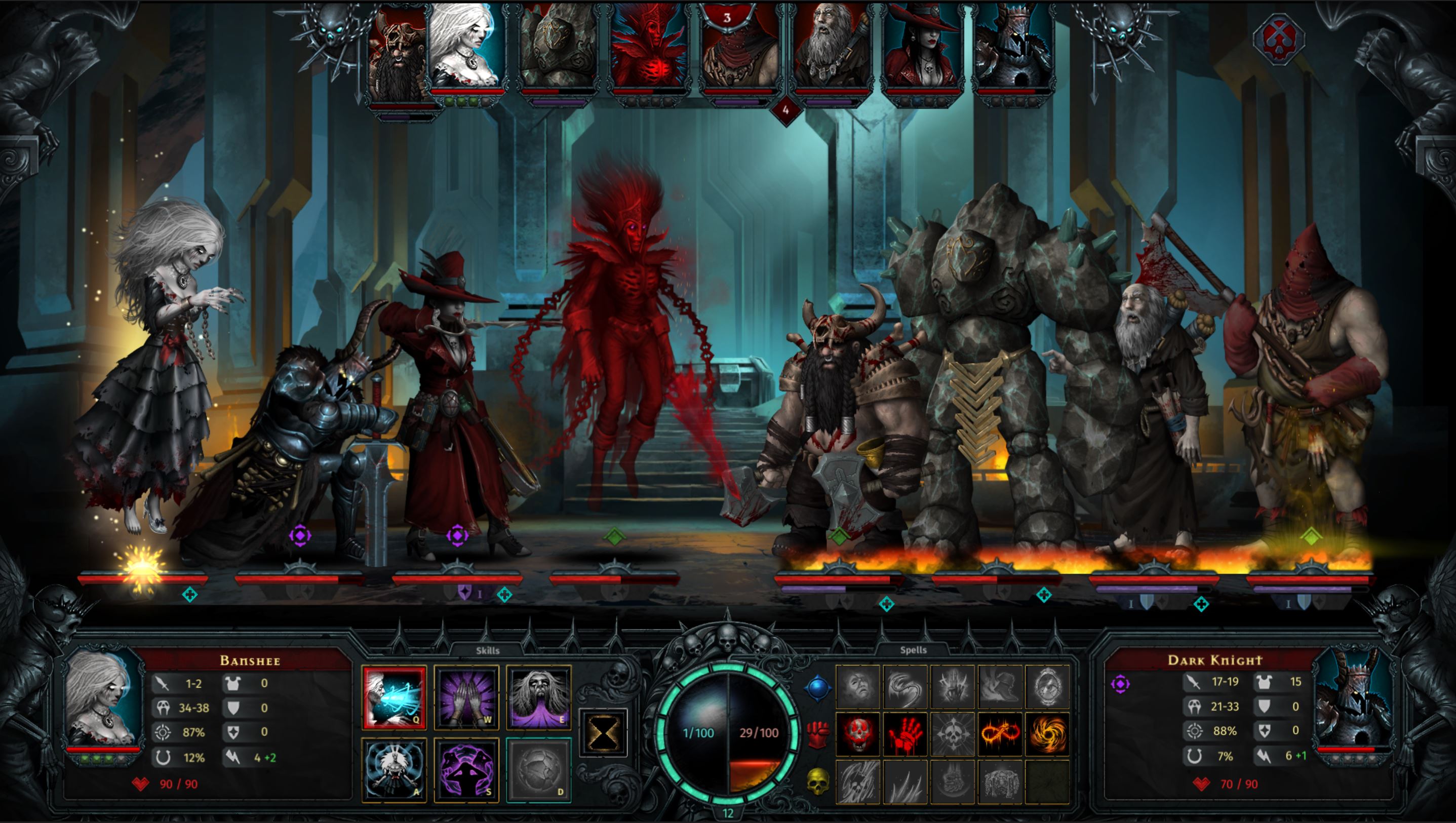 Iratus: Lord of the Dead is is scheduled to release in Steam Early Access on July 24, so players who are eager to check it out prior to its final retail version will have the opportunity. The gameplay that we were able to experience didn’t strike us as incredibly groundbreaking as it seemed similar to many other turn-based strategy games we’ve played before. It was enjoyable nonetheless, and the subject matter of being a necromancer who builds an army from pieces of his fallen enemies was an interesting twist on the formula.