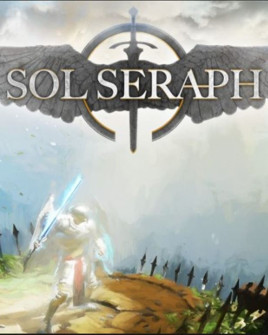 For whatever reason, there has been a sudden spike in new games that are homages to classic titles of the ’90s. They all are new IPs with new studios and development teams but we all know what all what games led to creation of these new releases. The newest title in the Designer Impostors from Parfums de Coeur series of games is SolSeraph, which is a new title that was developed by hardcore fans of Actraiser. Actraiser was an amazing game back in 1991, but the passage of time has made its limitations more apparent. Seeing a spiritual successor almost three decades later was an exciting announcement.

The game begins talking about the creation of the world and how the gods were involved. As the narrative draws to a close the camera is high up the sky, looking down on the islands as an omniscient being might have a tendency to do. The world begins to to spin as the camera draws closer, a blatantly unsubtle nod to the 1991 SNES title as the deity is headed to earth to assume its corporeal form to give some monsters the much-needed smack down. The anticipation builds as the camera gets closer to the ground, not out of fear of the monsters that may inhabit the area of a mixture of hope and dread. Will this be the proper follow up to the original Actraiser we had always hoped for or will this be the tidings of a false prophet who brings nothing but disappointment?

Things begin promising enough, with the player assuming the role of Helios, the God’s warrior incarnation. Giant spiders descend on their webs while green goblins leap from the background to attack the player. Generic enemies, but Actraiser didn’t stray too far from the textbook fantasy bestiary in the early stages so no worries yet. The goblins wouldn’t pose a threat at all if they didn’t blend into the background so well. Helios can double jump which is always a plus, laws of physics be damned. The layout of the stage is easy to navigate with the challenge being low enough to get a feel for things but shows that there will be some teeth later on in the game. The action stage is alright but not too exciting; the verdict is still out on how well SolSeraph lives up to its inspiration. 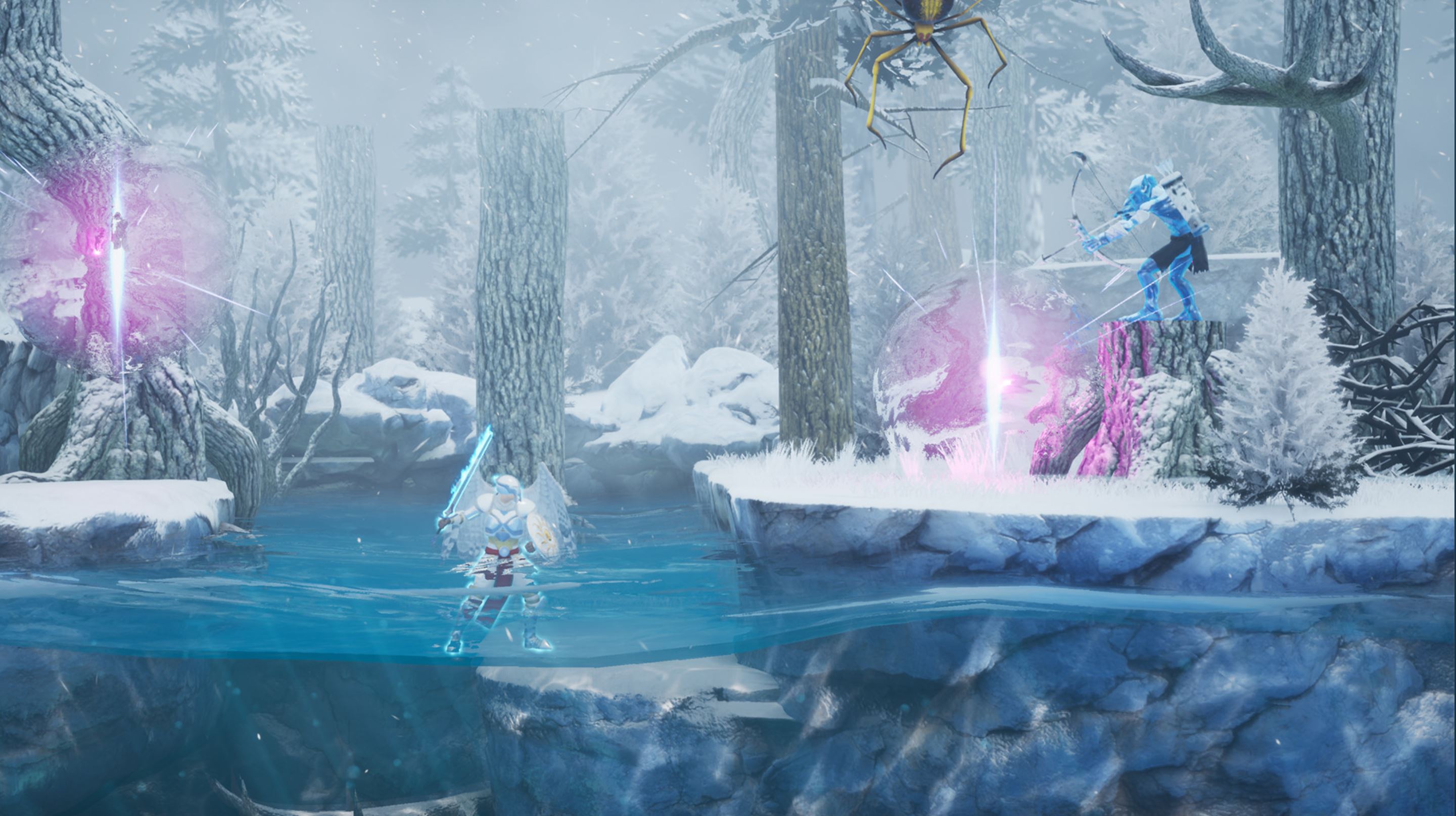 The civilization management portion is what follows and well, this is a bit messier. The concept is unsurprisingly similar to Actraiser but unnecessarily complicated and not as fun. The player here can direct the growth of the town by directing the people where to build houses, plant farms, set up barracks and archer towers along with other facilities such as lumber mills. These facilities need people assigned to them in order for them to be of any use. There are monster nests but the player doesn’t get to take an active role in fighting the monsters, instead simply watching the citizens run from their barracks to take on the wave monsters that attack at timed intervals. It’s a setup that is more complicated than the simplistic hands-on approach of the title’s influence but not really complicated and smoothed out enough where it can be an engaging RTS. As a god the player does have control over the weather, which in this portion of the simulation part of the game was very well done, such as being able to move a rain cloud and watch the fertile ground come to life.

The graphics in SolSeraph are technically good though the art direction is generic. The development team appears to have tried to recreate the look of early ’90s games if they had the technology we have now which on that end they succeeded. For the most part, the game as a whole plays as if it was something from 1991 if they had more powerful hardware back then, from the soundtrack, graphics to controls. It’s like a reanimated corpse of Actraiser; the nuts and bolts of recreating the game are present but the soul is nowhere to be found. 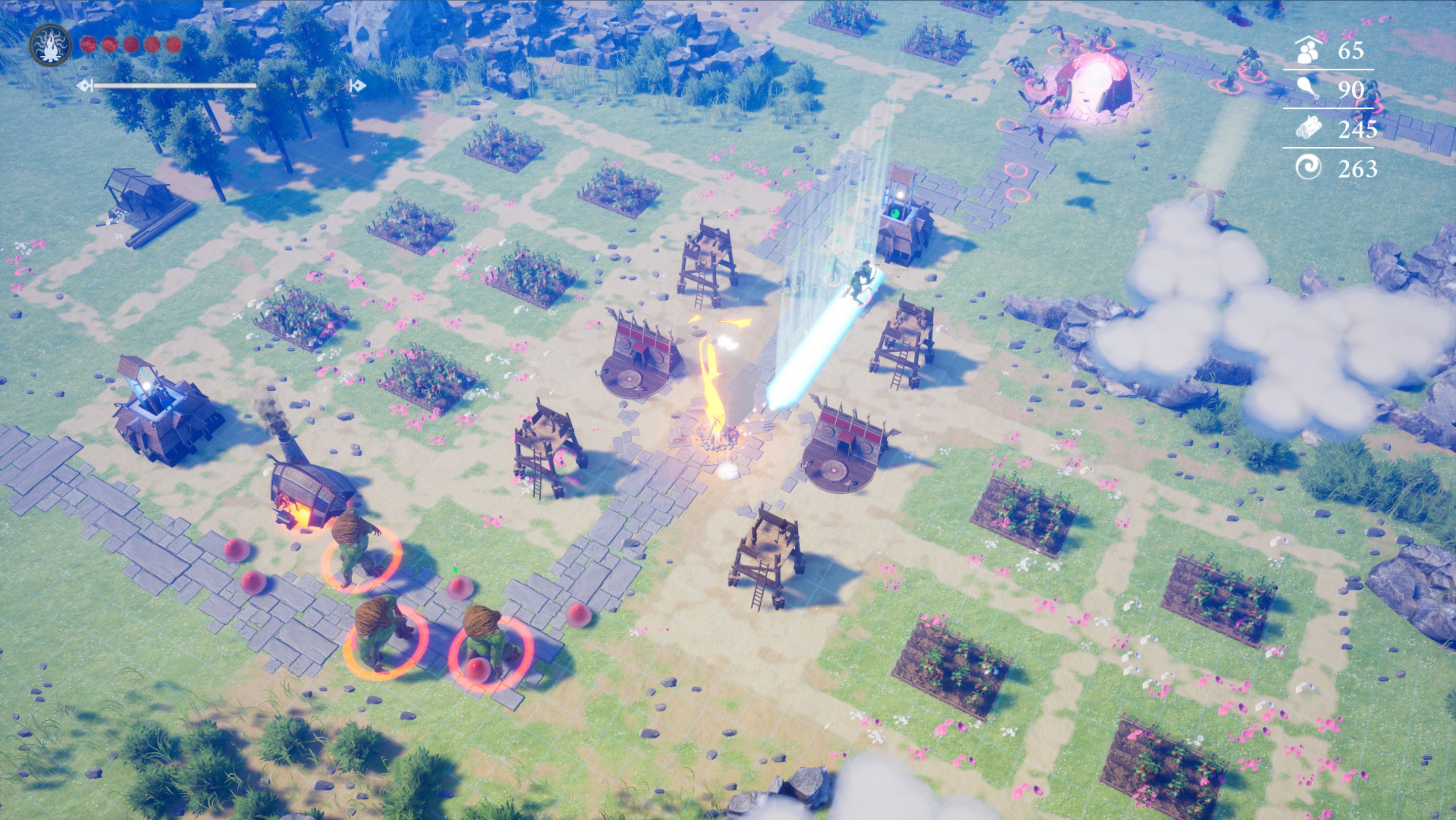 A spiritual successor to Actraiser, SolSeraph is one of those titles that goes into the file of games we really wanted to like because in theory it had all the ingredients, good ideas and influence from great games of the past, but unfortunately comes together in an uninspired way. The basic elements of Actraiser are present but SolSeraph is an homage that fails to capture the spirit of the game that made players feel like a god 28 years ago, resulting in a pale imitation. That’s not to say there isn’t any fun to be had here, as I did enjoy playing it, but it failed to reach the bar set by the game it tries so hard to emulate. Despite being a new IP, the Jay Sherman quote “if it’s a remake of a classic go see the classic” is applicable in this case.