HyperX has made quite a name for themselves as a viable option for gaming headsets in recent years. There are several different headsets to choose from under the HyperX Cloud umbrella, catering to the varying specific tastes of what gamers find important as far as headsets are concerned. The HyperX Cloud Flight is a wireless headset designed for PC, PlayStation 4 and PlayStation 4 Pro. The Cloud Flight is also compatible with devices that support a connection through 3.5mm jack to give it some extra versatility and value. We did the bulk of the testing using it as a wireless headset for the primarily intended devices but we also took a look at how it handles wired mode.

One of the main selling points of the HyperX Cloud Flight is the long battery life of up to thirty hours. This is technically true, with a caveat. A feature I like about the Cloud Flight is the red LED light on the side of the headset, but that just sucks the life out of the battery. There are three settings for the light, which can easily be cycled by pressing the power button for a second after the headset is turned on. If the LED is off you can get the thirty hours out of the battery, where the pulsing LED and solid LED light being on will cut that time in half. While wearing the headset at home I can’t see the LED lights anyway so I just turn them off but it could be something the user wants to use in a more social setting.

The actual construction of the Cloud Flight feels durable, the steel sliders and tough plastic on the headband are enough to give the user confidence that this will survive regular use and the dangers of travel. The memory foam earcuffs can rotate 90 degrees to comfortably rest on the user’s shoulders during the breaks and for safer, more convenient travel. The detachable noise-cancelling mic also makes traveling easier and it’s nice to not have it if you just want to listen to music. The closed cup earcuff design helps with the immersion since it blocks outside distractions. The controls for volume, muting the mic and LED effects are conveniently located on the earcuffs. For hardcore social gamers, the Cloud Flight is certified by TeamSpeak and Discord. 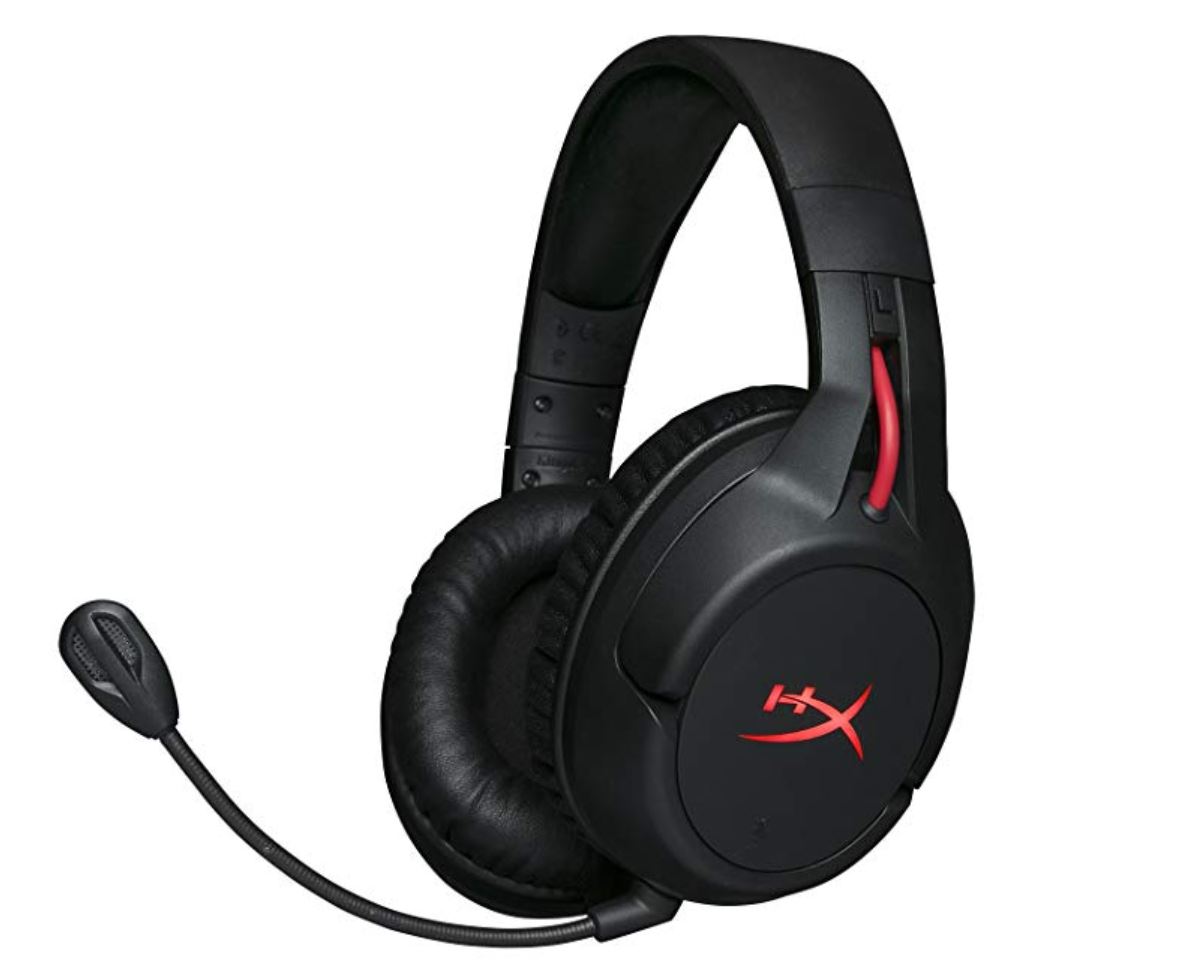 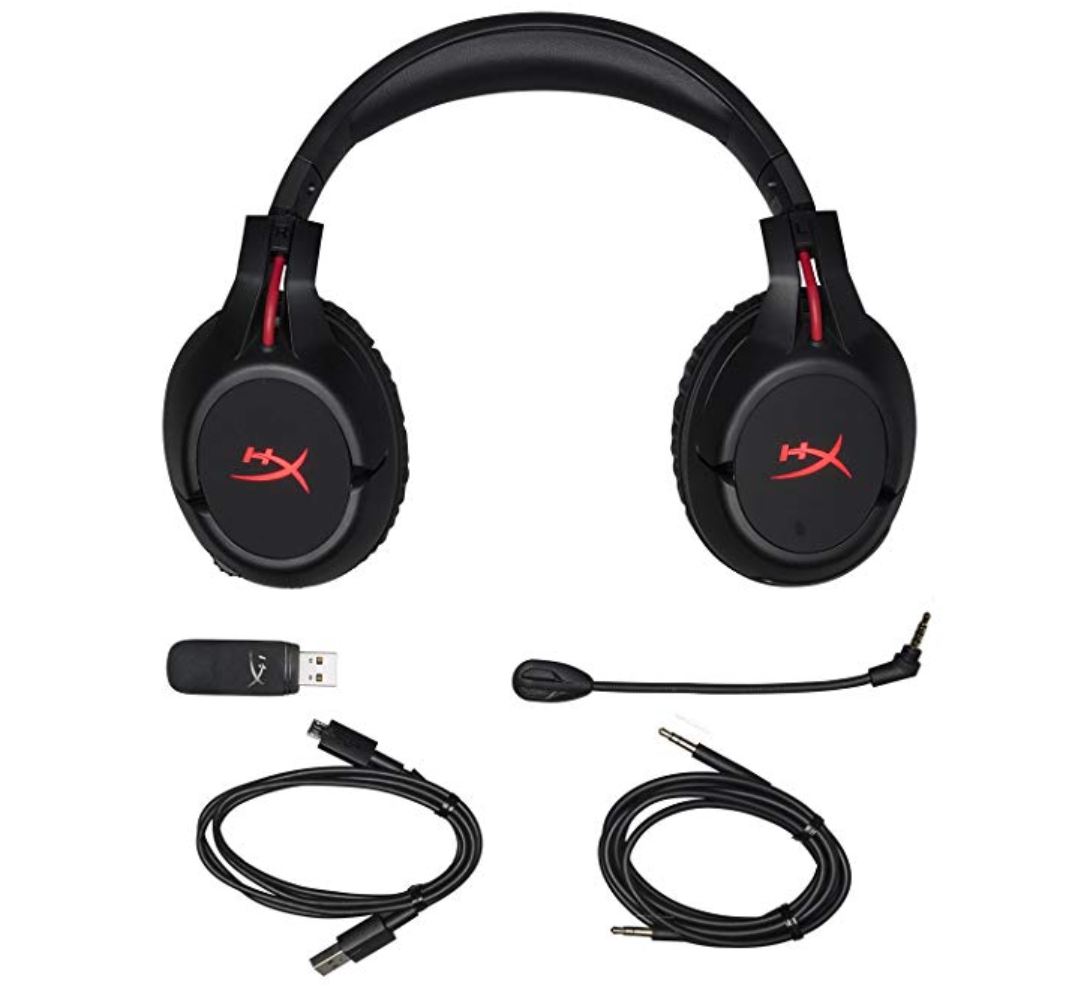 The Cloud Flight connects to the PlayStation 4 or PC through a USB dongle for a set up process that couldn’t be easier. There weren’t any noticeable delays in audio which can be a concern with wireless headsets. The Cloud Flight doesn’t have a variety of EQ or surround sound options, instead designed to deliver excellent stereo sound. Something that’s personally important when it comes to headsets is I want to be able to hear all the different music tracks clearly. I want to feel the bass, but I don’t want to be muddy. I want the highs to cut through the mix, but not eclipse the mids. What the Cloud Mix lacks in options for sound settings it makes up for doing an excellent job with the basic stereo set up. The same can be said when it was used with the 3.5mm jack on my iPod and tablet for listening to music or watching TV. Because of the price point and what this headset is designed for, I would recommend it primarily for its intended purposes, a wireless PC and PlayStation 4 headset ,but it does work well for other devices as a wired headset.

The long lasting battery is a nice feature, but for that to be a real selling point the headset would have to be comfortable for extended play sessions. Typically after an hour or two of gaming I need to get up and distract myself with something else for at least a couple minutes but the Cloud Flight was able to maintain a comfortable level during those two hours. Judging the mic quality is a little more difficult since I can’t actually talk to myself, but during some online gaming the people I was playing with seemed to be able to understand me so we’re going to say that it works well for in-game chat. 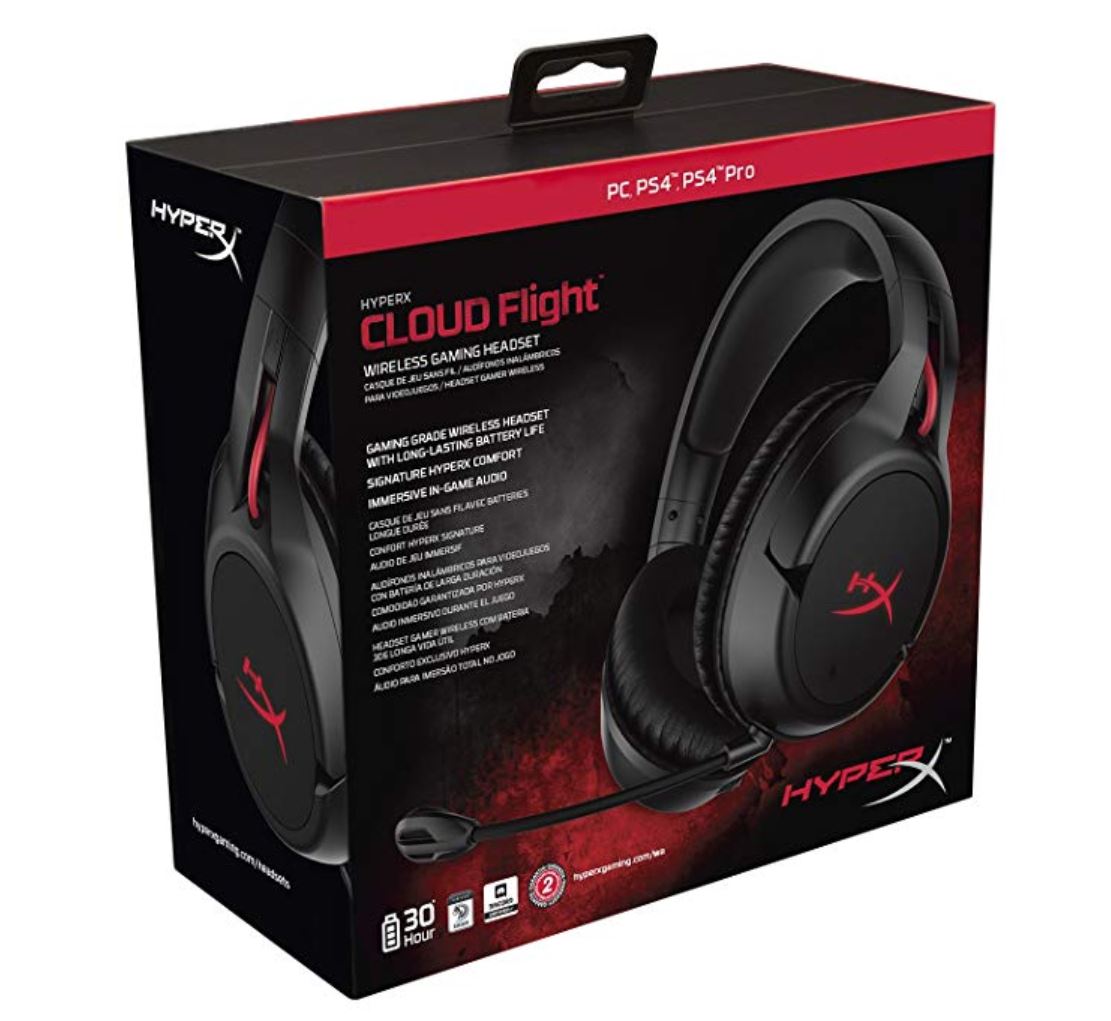 The HyperX Cloud Flight is simply a great wireless headset. Its suggested retail price is $139.99, and there are a lot of options at that price point, so it really comes down to what you want out of a headset. Things like digital 7.1 or 5.1 aren’t options here so naturally if those are important to you this isn’t the one, but if you just want a great-sounding wireless headset that can be plugged into devices like tablets, mobile or a Switch, this is a strong option to consider. The HyperX Cloud Flight is a headset that instead of offering a variety of bells and whistles opted to excel at just being a high-quality wireless headset.