All the boxes have to go.  They’ll just pile up in the warehouse if not organized right, and it’s a small but energetic green lizard’s job to make sure the designated floor area is filled up correctly.  The pink, blue, and green boxes drop onto the floor in random locations, and with classic videogame logic once you’ve got three of a color or more side-by side they solidify into their new permanent location.  The lizard can drag a block to a specific location or kick it all the way to the wall, and even do a flip to send the block flying behind him.  Fill up the marked area any way possible, try to leave none of the marked squares un-filled, and get a hefty bonus for doing a perfect job.  Couldn’t be simpler, except for the numerous OSHA violations getting in the way.

Crawlco: Block Knockers is an action-puzzle arcade game in the classic style, although admitted that style is as much Gals Panic as Kickle Cubicle. The squares on the warehouse floor reveal a picture when filled in, one of a series of women in various stages of undress.  It’s nothing too rude; plenty of T, a little A, and not a bit of V to be seen, and if that’s not your thing you can adjust the censorship options to either cover up the naughty bits or remove the images entirely.  It’s meant to be risque rather than explicit, but more importantly it’s got a clever arcade game on top of the art that would still be good fun even without a boob-based reward system. 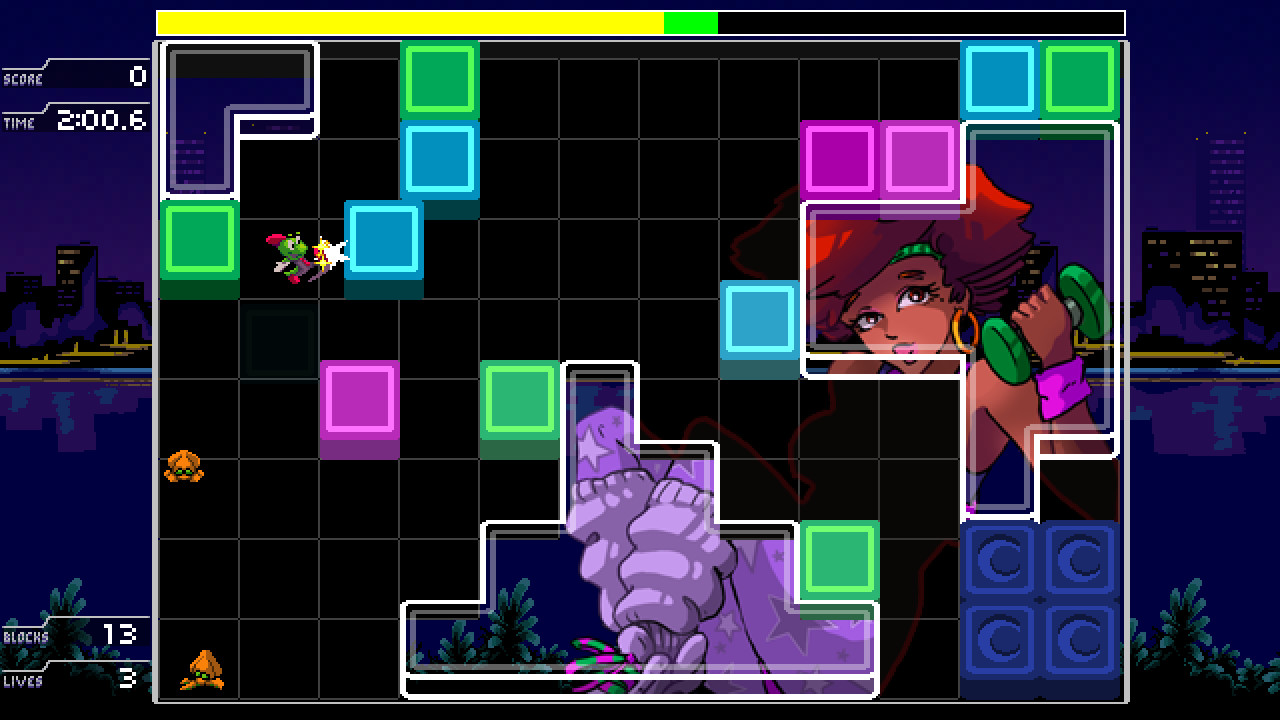 Like any good arcade game, what makes it work isn’t the basic rule set but rather figuring out how it’s nowhere near as simple as it looks.  Matching three blocks, for example, only solidifies them into a set when they’re touching the edge of the play area.  Got ten pink blocks linked up in the middle of the screen?  Until the connect to something they’ll just be a mass of scoring potential.  Hopefully they’re all on top of the image area, though, because a meter at the top indicates how many more floor squares are left before the day’s shift is complete, and as the levels progress the margin for error gets worryingly thin.  This both is and isn’t helped by the enemies wandering around the play field, because squishing one between block and wall results in a bonus block or two getting filled in.  Squish the enemy between two blocks, at least one of which is connected to the playfield’s edge, and both solidify regardless of whether they’re matching colors or not.  You’ll need to plan carefully and be very aware of the law of unintended consequences to clear the board in full.  It’s incredibly, disturbingly, obnoxiously easy to accidentally leave an open area or stranded block in the middle of the target area, with the most frustrating part of all being the knowledge that the game was quite clear as to how this was going to go and the only one to blame is holding the controller.

Crawlco: Block Knockers is planned to come out August 1, but for now here’s a trailer to show off its block-tossing action.  It’s probably not a good idea to watch it on a work PC, and it’s linked more for paranoia’s sake than due to anything overly rude in the video. 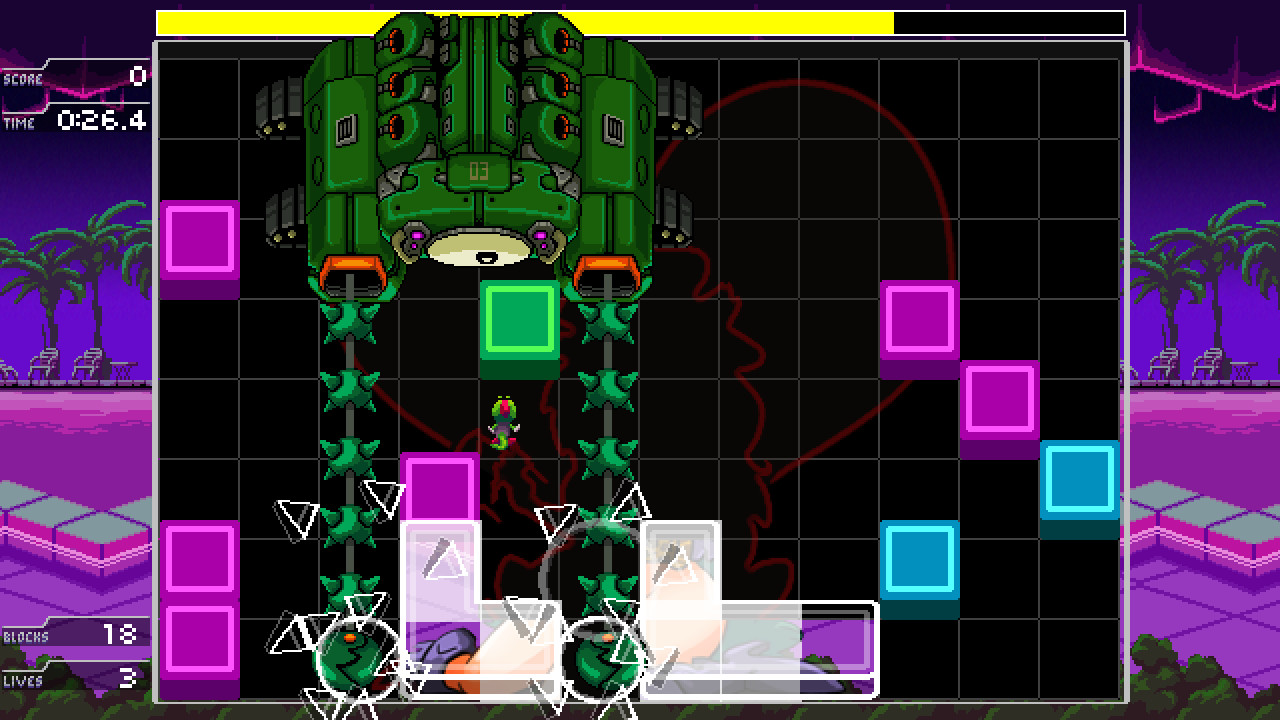