Sony San Diego Studio has moved into a new building and has dropped a fresh new logo amid rumors of the developer working on a new Uncharted title.

The MLB The Show 19 studio revealed the new logo on Twitter and a look at the new office was posted on LinkedIn, which was spotted by an eagle-eyed user on ResetEra.

Alex Gombos, who works as a recruiter for San Diego Studio, took to the social networking platform to share details on some of the upgrades that the development team has received.

According to Gombos, the first-party developer’s new building in San Diego has an open-air break room on the first floor and also upgraded meeting rooms. 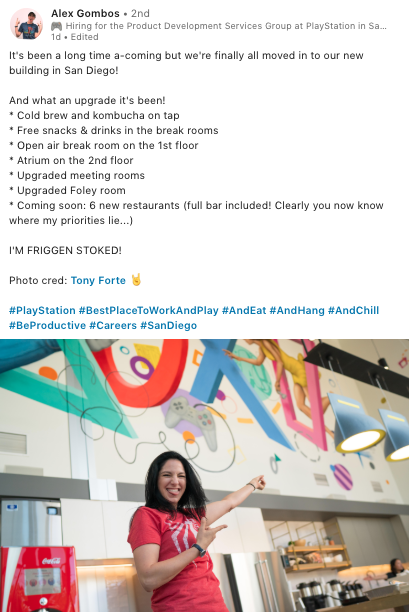 Sony Interactive Entertainment president and CEO Jim Ryan confirmed that the PlayStation 4 maker would continue to invest into exclusive titles in preparation for the PlayStation 5’s release.

“Content is becoming more important than ever before,” he told Japanese newspaper Nikkei (via Gematsu).

The PlayStation boss is aware of the competition facing Sony from Microsoft and the upcoming Google Stadia, but he admitted that the company was in a strong position.

“Companies new to the games industry looking at the market with hope is something we definitely welcome,” he added.

“Sony Interactive Entertainment has 25 years of experience in the games industry and has big assets.”