You think giant robots and immediately you’re cast a visage of many a genre incorporating either distant-future sci-fi, the supernatural, politics or a combination of such. Be it anime or video games, despite the varying outcome of quality and personal enjoyment to be had, the simple joy of humanoid-like machines duking it out is an easy premise to begin at, but all the more challenging to end up on a satisfying conclusion. Regardless of whether your intentions (in the case of video games) are primarily spent in gameplay mechanics alone or extend beyond that to other areas like art-style, soundtrack and of course, story. Volta-X is far from the grandest of iterations on the mech sub-genre, and yet despite its simple appearance as well as its reliance on bright colors and semi-abstract designs to help alleviate its lesser-scale, the revelation of the game’s incorporation of anthropomorphic animals as characters is a rather surprising fact to uncover.

In a genre that often has humans (or at least those who would still appear human on the outside) piloting these vast behemoths of varying sizes and capabilities, it’s immediately pleasant to see such a stark difference in design present here. There’s still that reliance on minimized toning and the kind of sharp, slightly-exaggerated details common in digital illustration and a lot of Western animation at present. But in a way, Volta-X’s abstraction of aesthetic and visual style actually allows both forms of design — for both its mechs and the characters who serve as the crew for such hulking creations — to flourish. The polygonal, toy-like presence of these robots, complete with a crew of miniaturized characters whom have to scramble between differing limbs and sections of the robot they’re commandeering means that Volta-X’s basic and unsubstantial premise of one-on-one battles is mitigated by this change in circumstances. 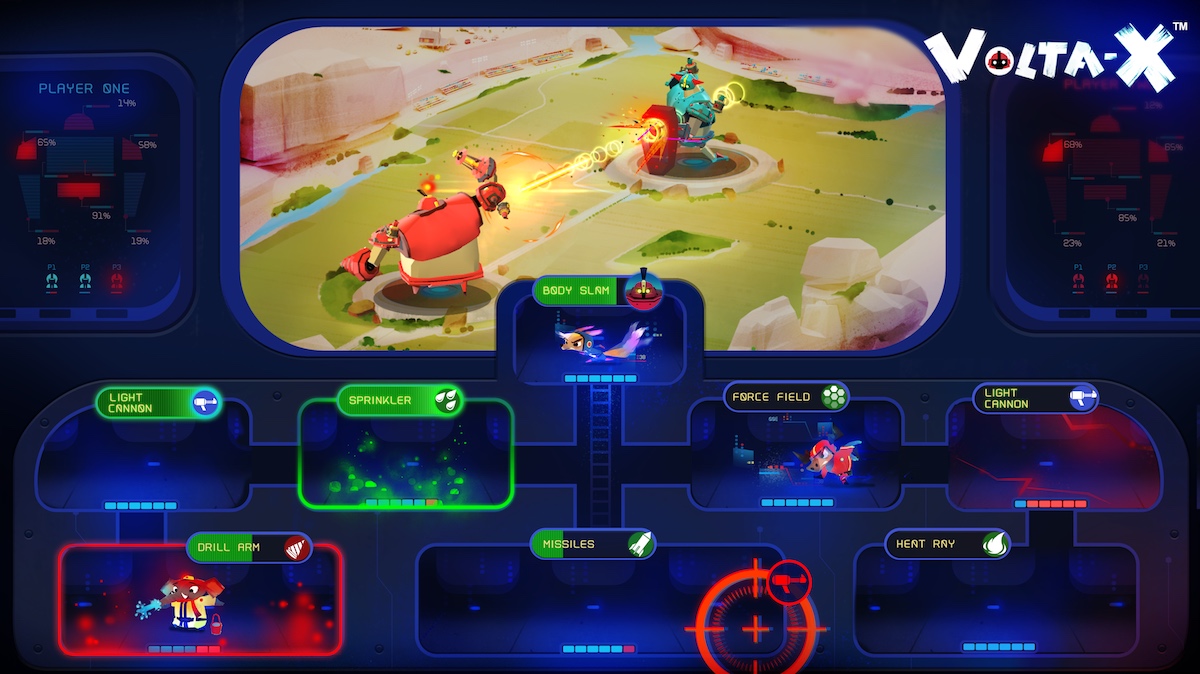 Because Volta-X isn’t focused on the direct confrontation happening before each one of the two machines beating each other into mere scrap. Instead the game focuses its efforts — and thus the player’s objective — in managing the crew inside these mechs. The general idea is that players order characters between different parts of the robot, often split into around seven or eight compartments — each housing a different tool or weapon with which can be used for either offensive or defensive decision-making. But this isn’t simply about twitchy button-pressing and trying to do the most amount of manoeuvres, as showcased by the difference in internal structures the many robots offer. For example, while you may think a four-limbed fighter will offer a greater arsenal and flexibility for strategy, it also means you have to consider the drastic contrast in how certain rooms are linked. How vital areas are in fact a one way in/one way out affair, rather than part of a figurative loop so to speak.

Similarly to other management-based games regardless of the genre they incorporate, the perks and personalities of your characters must also be taken into consideration. Certain crew members specializing more in such things like support over attack, or may be better suited to chambers that are less about offense and more about keeping your own robot in one piece. While the idea of individual perks isn’t new, Volta-X mixes this up by factoring in a degree of risk in so far as when, and how, you command such characters. It’s all well and good having the better-suited character in control of your most powerful firearm, but if the room next door is in dire need of repair and no one else is around, will you be so willing to have that supposed powerful weapon not in use for what may be a critical time in the match? And this is without taking into account such things like cool-down and as mentioned, how the network of connecting corridors is laid out for your characters to navigate the robot’s inner workings. 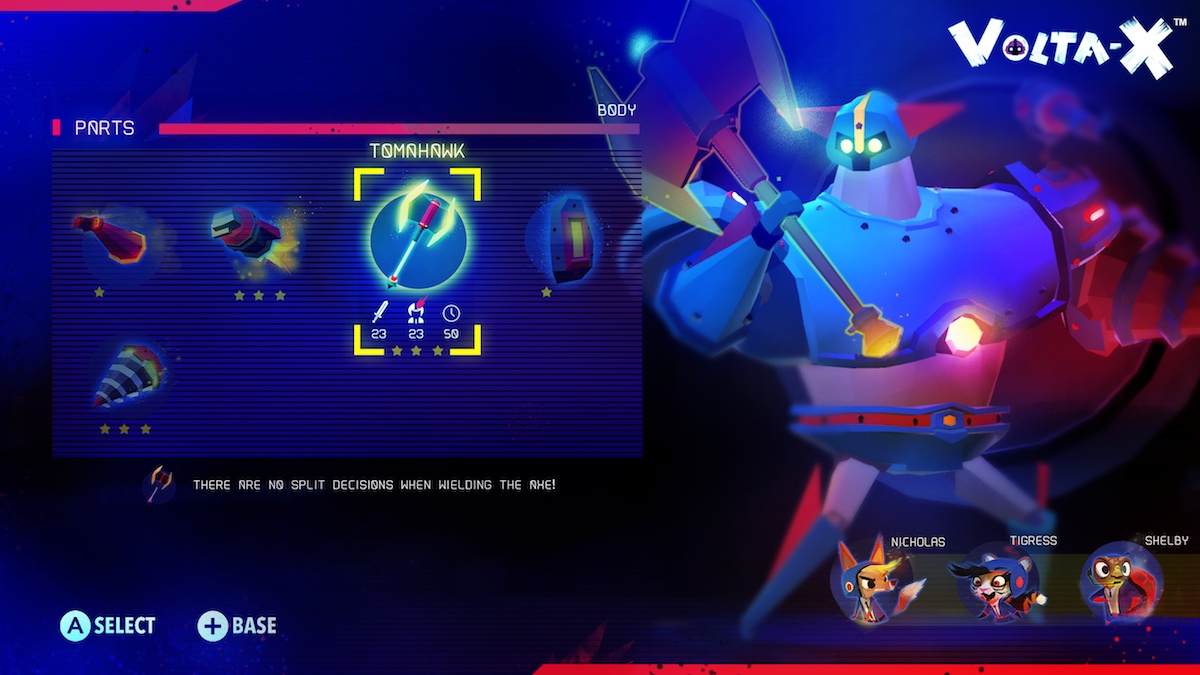 This multi-tasking brand of micro-management is one that helps deter most, though not all, of the shallow simplicity the combat set-pieces play out in. The two machines simply standing face-to-face in a plain arena — most of the action, so to speak, playing out in the bottom half of the screen where your crew scamper to and fro a robot’s differing limbs and sections alike. And given the seemingly low-budget vibe emanating from both these conflicts as much the user interface in hopping between menus, one has to wonder as to how far or deep the game’s content really delves. Even with the developers stating that there will be more robots to unlock and customizable parts to progress towards, given that such currency will be acquirable through story missions — a large portion of where battles will be set up — the question is whether or not a game like Volta-X is truly hoping to last in the long-term? Nevertheless, there is some novelty to the idea of focusing instead on the crew of such machines, rather than the machine itself; the question is whether Volta-X‘s unusual mix of aesthetics and design can make this one-on-one affair land a true hit.