Along with his appearance on the box art, Zizou will be featured as an ‘Icon’ in the upcoming title’s Ultimate Team mode.

Real Madrid superstar Eden Hazard was confirmed as the cover star for the standard version of FIFA 20, while Liverpool star Virgil van Dijk is on the box art of the Champions Edition.

The Ultimate Edition provides access to the title three days before its initial release date and includes 24 Ultimate Team packs.

Pre-Order the Ultimate Edition by August 5 to get a guaranteed #OTW player -> https://t.co/kNhJMf0Pmv pic.twitter.com/DNbkzNQxHT

Similar to the Ultimate Edition, the Champions Edition allows early access to the title and includes twelve packs.

Zidane, 47, enjoyed a prolific playing career for both France and at club level.

The ex-attacking midfielder made over 100 appearances for Bordeaux, Juventus and Madrid and was one of the finest playmakers the sport has ever seen.

He won two Serie A titles with Juventus and a La Liga trophy and the Champions League crown with Madrid.

The former France international also won the World Cup with his country in 1998 and the European Championship in 2000.

Zizou entered into coaching following his illustrious playing career and is currently the manager of Madrid in his second stint. 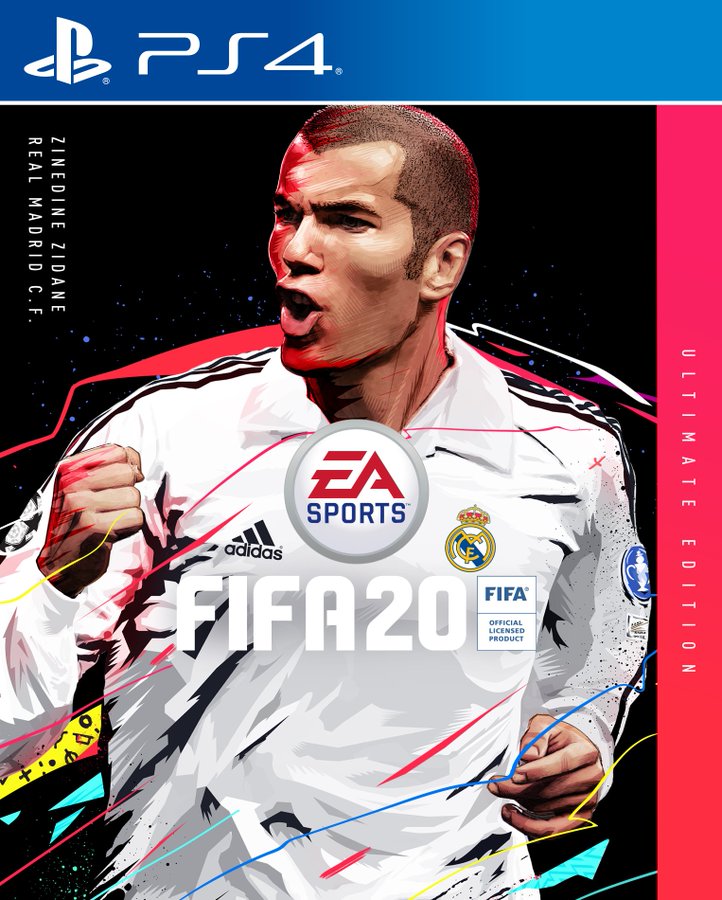 During his first spell as Los Blancos boss from 2016 to 2018, Zidane became the first — and only — manager to win three consecutive Champions League titles.

He left the club in 2018 following his Champions League success, but he would return as Madrid head coach back in March after a disappointing season for Los Blancos.

FIFA 20 was announced at E3 last month and is slated for launch on September 27.

It will be released on PlayStation 4, Xbox One, Nintendo Switch and PC.

Unlike FIFA 19, the next entry in the popular soccer series will not be released on PlayStation 3 and Xbox 360.

For more on FIFA 19, check out Hardcore Gamer’s review.