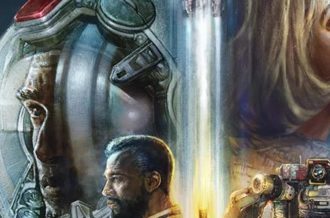 Since February, EA has hinted at the newest entry in their long running racer franchise, never wavering from the fact that it would be released by the end of this year despite revealing nothing else about the title.

Back in June, EA community lead Ben Walke announced that the 2019 title would not be appearing as part of EA’s pre-E3 EA Play event, but did hint that they would be “heading south for the full unveiling”, leaving many to speculate that the newest Need for Speed would be revealed at Gamescom due to the developer Ghost Games being located in Sweden. This conclusion has turned out to be correct, as EA CEO Andrew Wilson clarified on a recent earnings call that the studio will “take the wraps off our new Need for Speed game heading into Gamescom in a few weeks.” Whether this means the game will be shown off at the rumored EA press conference, as part of the Gamescom: Opening Night Live event on August 19, on the show floor the following days or some combination of the above is yet to be determined, but regardless, it’s welcoming to know that eager fans won’t have to wait much longer to find out exactly where Need for Speed is heading next.

Stay tuned to Hardcore Gamer for the first details on the new Need for Speed and all of the other exciting news coming from Gamescom later this month.