The long-awaited third installment in the Shenmue series is almost here; just three months now stand between fans and the game they, at one time, thought was never going to be made. It’s likely that all those interested in Shenmue III have already decided to buy it, it’s a question of where they want to get it from. Today, Deep Silver has made that question both easier and harder by announcing pre-order bonuses for the hotly anticipated title. 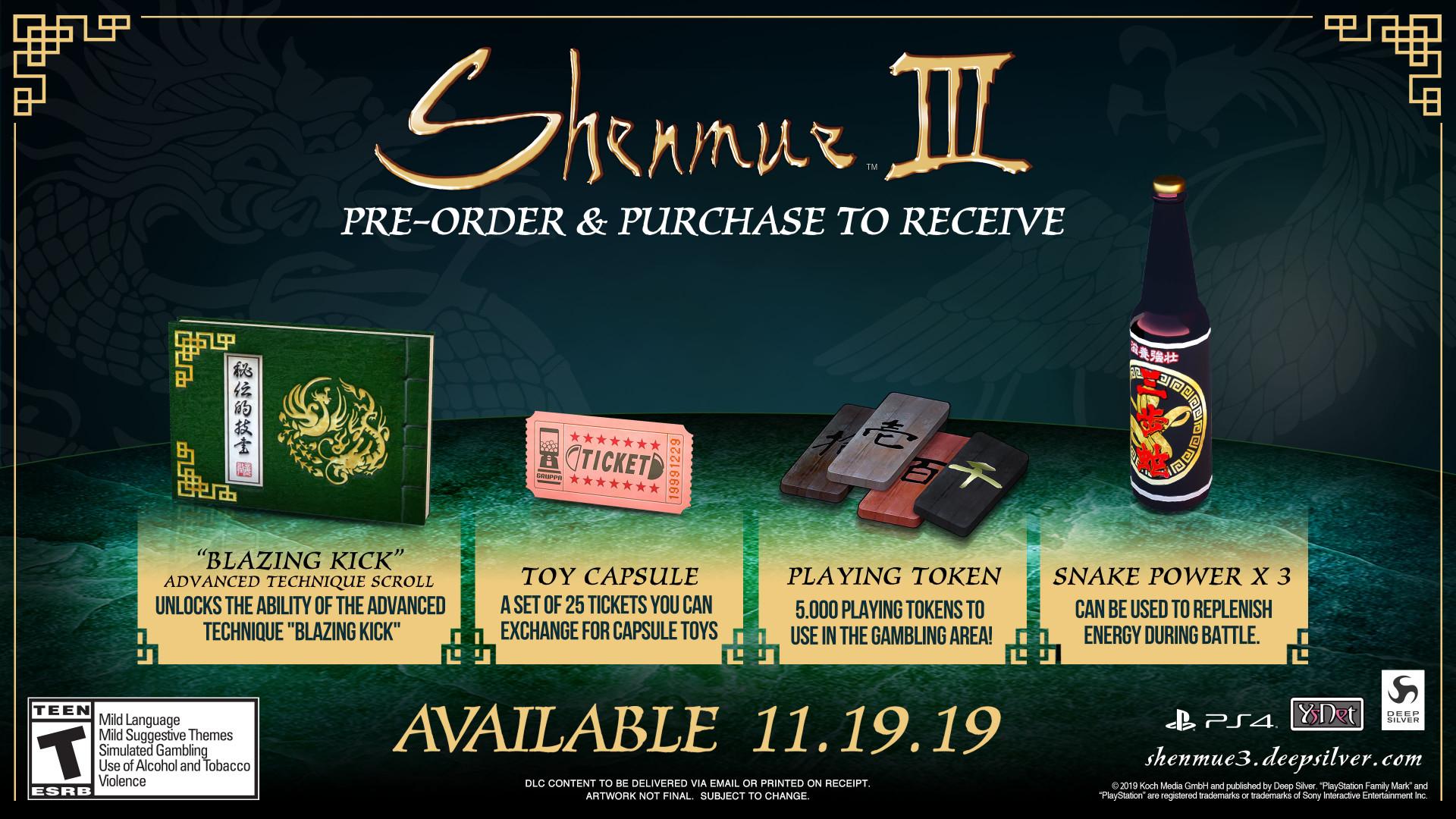 Regardless of where one buys the game, they’ll receive the items shown above:

There are also a few retailer-exclusive items on offer:

Shenmue III launches on November 19 for PC and PlayStation 4.