Sometimes, inflation works out for the everyman. Way back in the ’90s, the Spin Doctors could only afford to produce Two Princes for the entertainment (or derision) of the populace. As time passed on, Creative Assembly is giving up eight of them in their most recent expansion for Total War: Three Kingdoms. Sure, this is an expansion for a PC game, and the music single might have cost a little less to purchase as a whole, but from a pure dollar to prince ratio, Creative Assembly comes out on top.

Incredibly lame and stupid dad jokes aside, the amount of content in this latest expansion is hefty for the meager nine dollar asking price. For those late to the party, Total War: Three Kingdoms is a beastly package of real time and turn based strategy set in China, circa 190 CE. Players were tasked with taking control of one of many lords in a quest to bring the entire land together under one unified rule. Capturing and building up towns, treating with other rulers and stomping them into the ground in real-time melees featuring an enormous amount of troops led to a title that can steal away the hours. Think of it as a more period-focused version of Civilization with satisfying battles.

This first major expansion, Eight Princes, tacks on a whole new time period, with new challenges and scenarios to overcome. Now it is the year 291 CE. Emperor Wu has died, throwing the land into disarray. The Sima family is particularly affected, with some members wanting to use the opportunity to gain power for themselves, while others wish to protect the rightful inheritor of the throne. This brings war to the doorsteps of the entire land as the family vies for position using guile, diplomacy and blade. The peace that was fought for nearly a century prior has been lost. 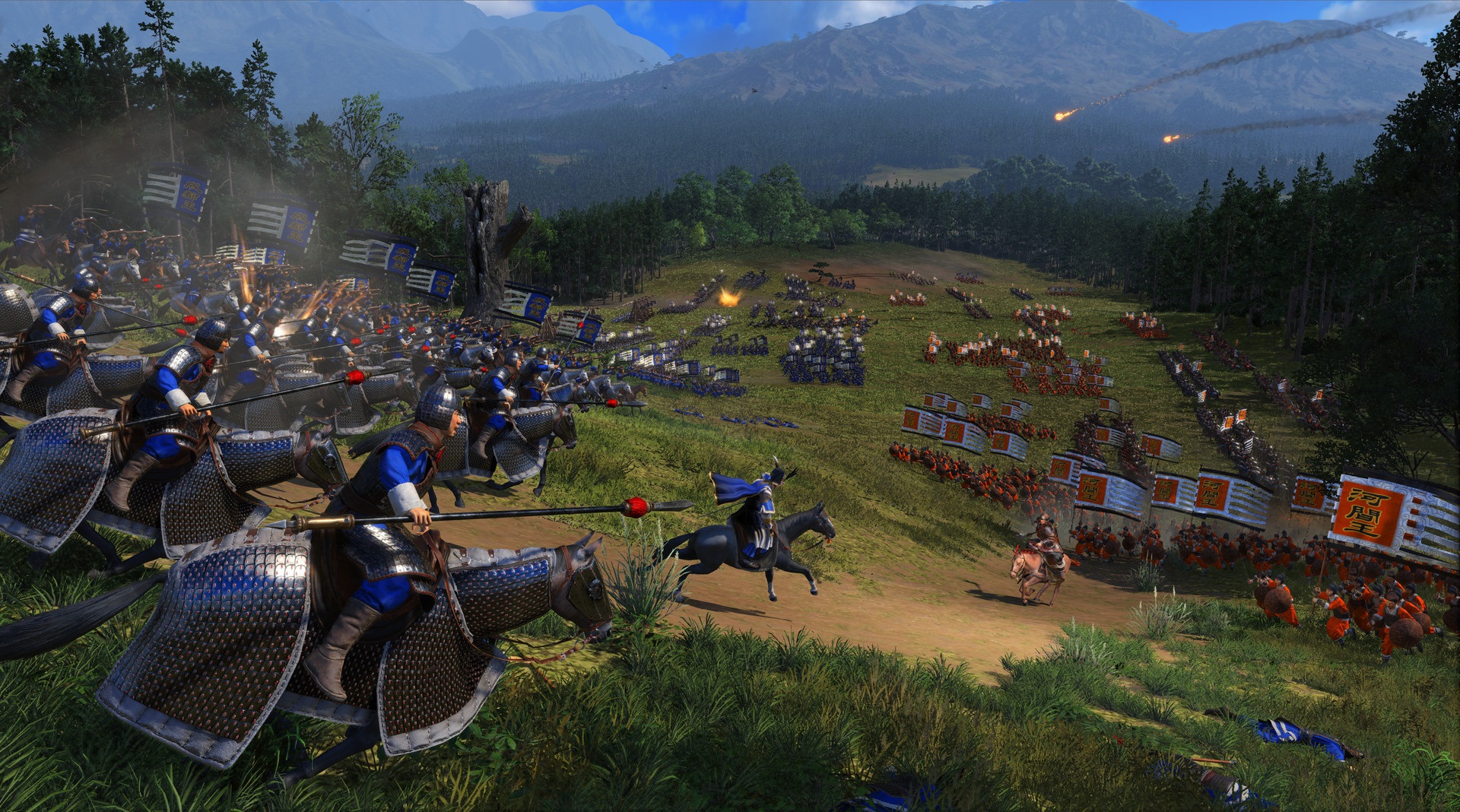 On its face, this new expansion hews close to what worked in the original title. Players will still need to use cunning and laborious management skills to formulate an effective plan to regain peace. There are a few changes here and there, though. Cosmetically, players work to level up their ruler to go from a minor prince to Imperial status. For example, what used to be called Public Order is now Noble Support. There’s also a new alignment system in play where players can focus on Wealth, Spirit, Might or Mind. How the player develops the land directly affects opportunities and roadblocks that will pop up. In effect, this creates a campaign that feels as though the player is having a real impact on how they are viewed and how the events turn out. While this feeling was always present in Three Kingdoms, and other Total War titles, having the quantifiable categories makes the decision making both easier and more difficult. It’s easier because the consequences for certain actions are more likely to be foreseen, but more difficult because, well, the consequences are looming right there.

While this is important, it does take a backseat to what one would really want out of an expansion for this game: the decisions that the game throws at the player. Seemingly too early on, the player is asked to start down a critical path. Should one remain loyal to the Jin Dynasty or would it be better to rebuff them and attempt to yank power from their hands in hopes of doing better for the people? On one hand, sticking with the empire might seem to be the more honorable thing to do. They are the anointed rulers, after all. On the other, the empress seems bloodthirsty and brooks not even the slightest insurrection, demanding that any perceived to be guilty be obliterated from the land. So, while she demands that the player rallies troops and puts down rebellion, she is also insisting on coffer clearing payments to the empire. With this, it might seem logical to break the oath. Doing so, however, will bring the wrath of the empire down upon the very people that the prince is tasked with protecting. From a pure monetary standpoint, if one were to bristle at the taxes, one must also take into account that a city that is sacked isn’t exactly going to be filling the treasury. It’s moral conundrums like these that really gives the Total War games the teeth to latch onto the player. Eight Princes offers these situations in spades, adding dozens of hours of fresh gameplay to explore. 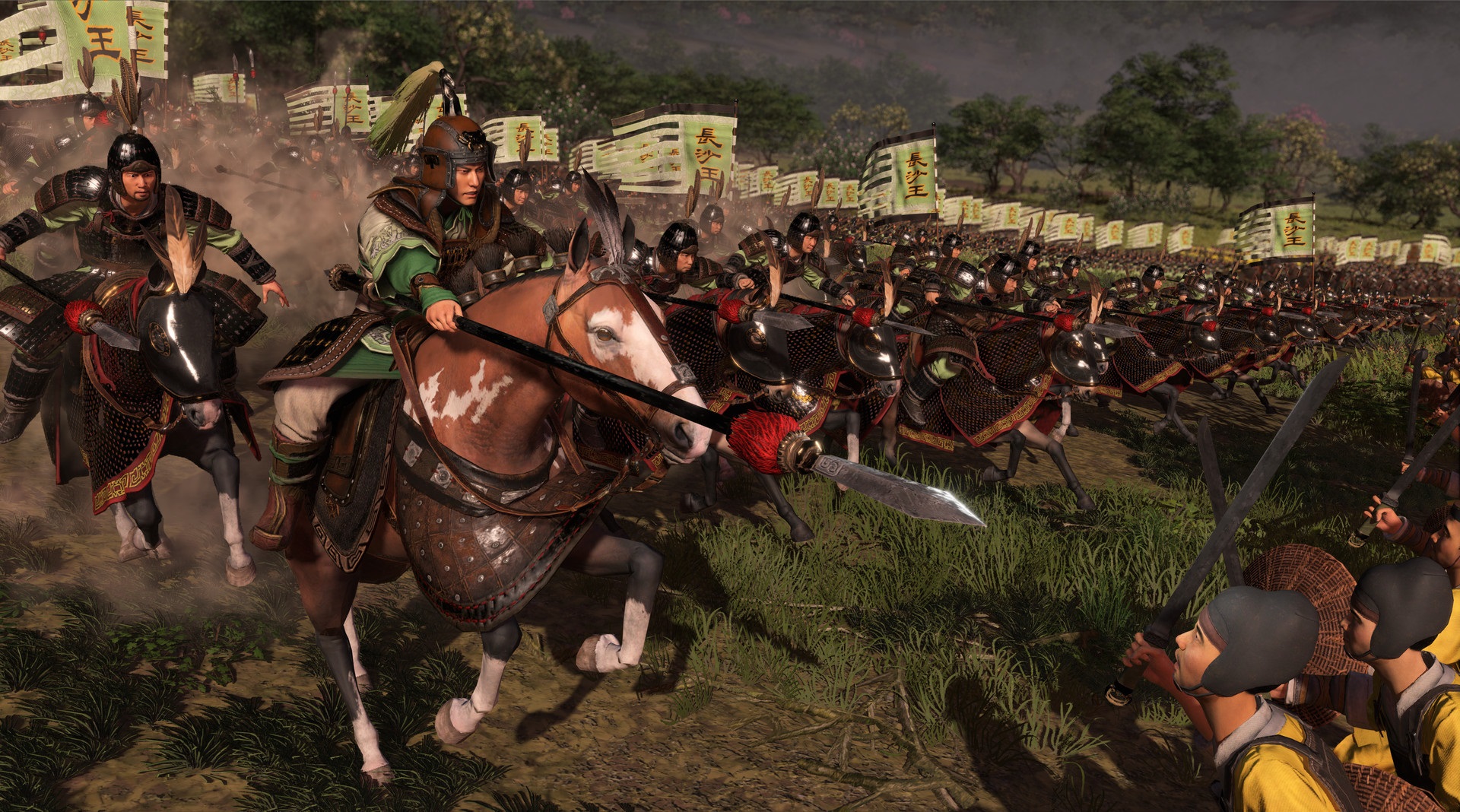 Some might point out that the new content doesn’t add much in the way of fresh art. It does, after all, still take place in close to the same time period and land of the base game. What it does offer instead is ample reason to revisit the land. The fresh challenges and eight new playable characters is a bargain at the price, so much so that I felt compelled to triple check that nine bucks was the cost. Viewing the nature of add-on pricing for most major titles, a major tip of the hat has to go to Sega and Creative Assembly for offering up such a value proposition to the loyal. This is especially in light of other missteps the Total War series has taken with add-ons in the past. Anyone with a copy of the original would be well served to tack this one onto the package. Just go ahead now.