Stardom has been the dominant Japanese female pro wrestling group of the past decade – and the largest one since the heyday of All Japan Women in the ’80s and ’90s. Its roster has been been featured on shows like Lucha Underground and two of its former top stars, Kairi Hojo and Io Shirai, have found success in WWE. In North America, the company has its Stardom-World streaming service, was the focus of a recent Viceland-licensed documentary and its first WrestleMania weekend show with Jim Valley and Fuji Saito of the Pacific Rim Podcast on commentary, was a highlight of a stacked weekend of wrestling action.

Today, Spike Chunsoft announced that Stardom will join the lineup of New Japan Pro Wrestling stars already licensed for Fire Pro Wrestling World. 10 members of its roster will be playable, with the current top star, Mayu Iwatani being showcased so far. The full roster reveal will happen at the company’s STARDOM x STARDOM show on August 10 at the legendary Korkuen Hall, with the DLC hitting both the PS4 and Steam on August 21. 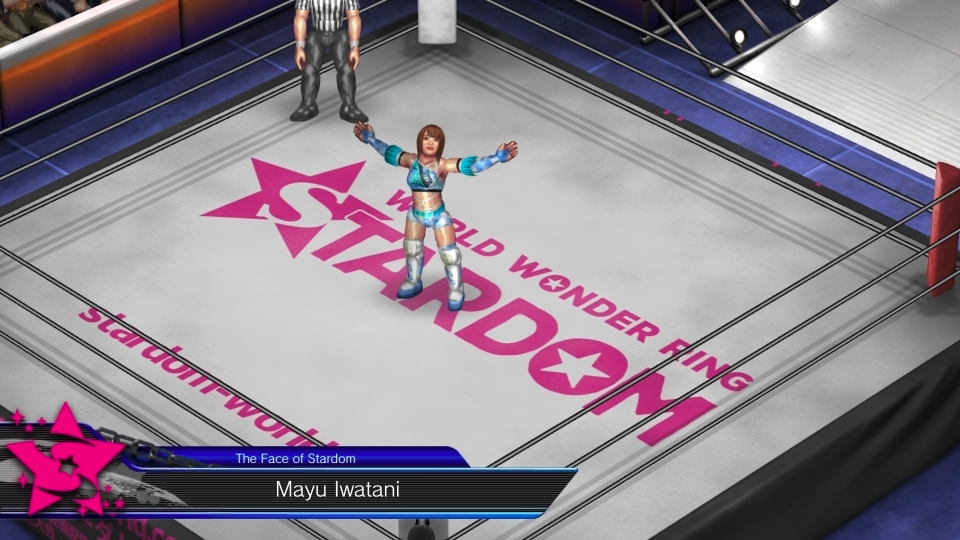