Vectormatrix today announced a release date for the upcoming MMA Executive on PC.

According to the UK-based software development company, the sports management simulation will be heading to Steam on August 26.

Players will take control of an MMA executive and are tasked with managing both experienced fighters and newbies to the sport.

As the executive, the player will be able to sign up new fighters, improve the training equipment in their facilities and take part in over sixty quizzes.

“There’s so much to this game that it’s hard to pigeonhole it,” says Richard Matzko, the director at Vectormatrix. 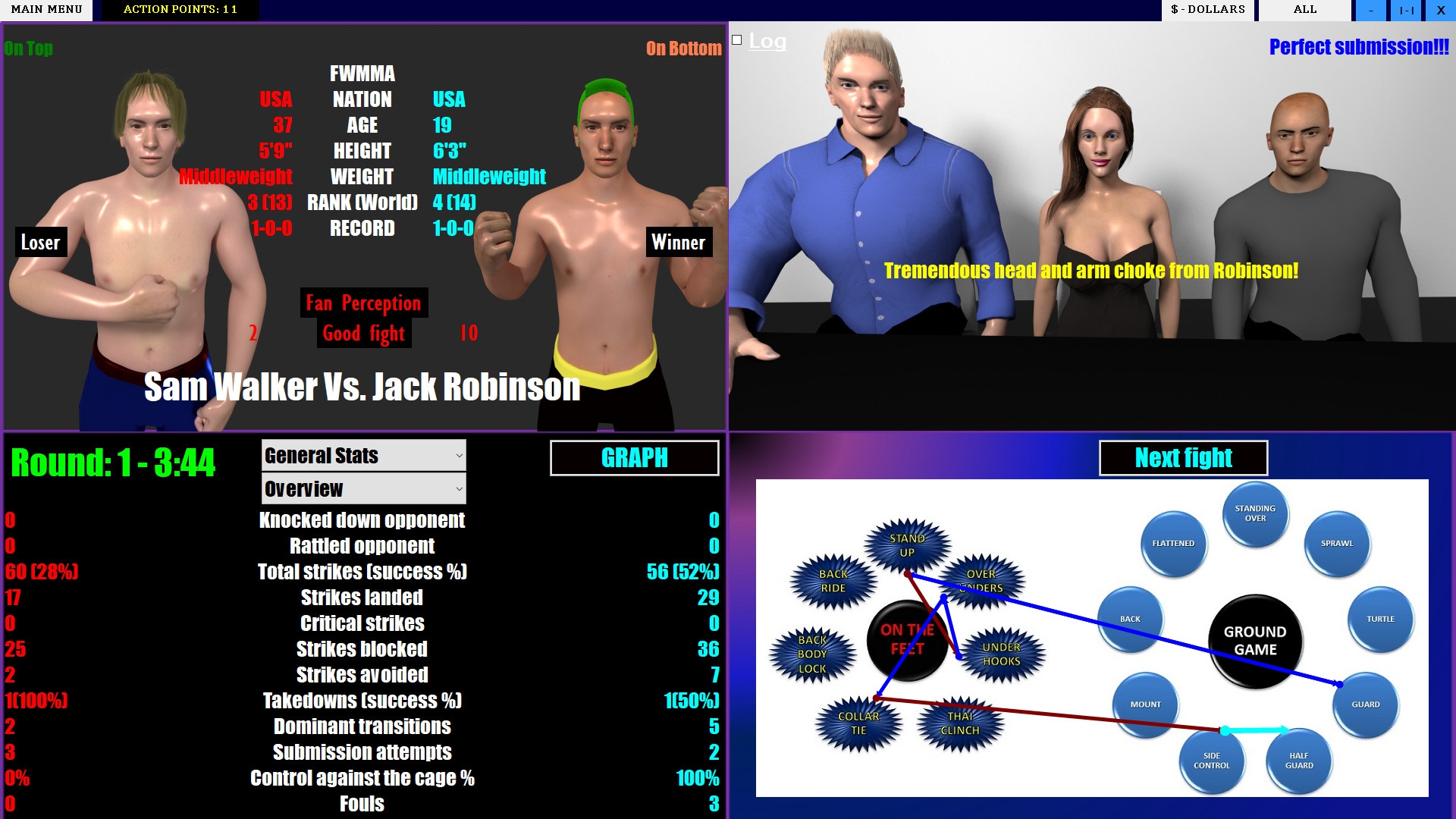 “From one perspective, it’s like a social sim game, interacting close up with characters [and] managing and developing them.

“From another, it’s a sports business tycoon game, and yet another it’s a martial arts simulator and instructional!

“I suppose that captures the diversity and complexity of the mixed martial arts world!

“A sports universe we tried to intricately reproduce, whether in the detailed fighter and trainer properties, the finely-tuned fight engine, the dynamic judging system or the hall of fame and ranking systems!

“And whether or not you’re already involved in martial arts, check out the unlockable technique archive!

“You’re bound to find something of interest amongst over sixty annotated instructional animations! You’ll have to earn some millions as an entrepreneur before you unlock that prize, though!”