Baldur’s Gate was a well-known name among PC gamers in the late ’90 and early 2000s. The original game, along with its sequel and expansions, were acclaimed for bringing the Dungeons and Dragons role-playing experience to a massive CRPG. This isn’t the first time such a thing has happened, just considered one of the better AD&D games to grace a PC. Following the success of the PC games some new Baldur’s Gate titles were developed for consoles but these were different from their PC predecessors. The Dark Alliance titles capitalized on the Baldur’s Gate name and were hack and slash Diablo clones, also capitalizing on Diablo II’s popularity at the time. While neither Dark Alliance title lived up to the grandeur of the PC titles the came before them, both were good games in their own right if judged on their own merits. Baldur’s Gate: Dark Alliance II in particular was a title that many fond co-op memories are linked to.

The story of Baldur’s Gate: Dark Alliance II is a continuation of its predecessor. The three heroes have found themselves taken captive by the vampire Mordoc SeLanmere. Mordoc is the big bad villain of this title, but our characters don’t know this yet, nor do they do know anything about the fate of those heroes from the first Dark Alliance game. The new cast of player characters, Dorn, Vhaidra, Ysuran, Borador and Allessia all meet up at the tradeway, who all have their own reasons to be there. As is to be expected in a proper Dungeons and Dragon campaign, the characters need to test their mettle against more menial tasks such as rescuing a village from Marauders and and battling hobgoblins. Successfully handling this means the party is ready to move on to bigger and badder beasts.

Things get more interesting when the players actually arrive to Baldur’s Gate. Even adventuring heroes have bills, so the party takes a job doing some detective work by investigating some murders. Here we meet a grim character by the name of Luvia Bloodmire who has taken up a Frankenstein inspired task of trying to create a new species of creature with various harvested organs. These creations were given to Lady Aragozia Firewind, and one such creation named Argesh has started running a thieves’ guild withing the Marauders called the Hands of Glory. Without giving away any more of the story, the forces the players are pitted against grow more sinister who pose a greater threat to Baldur’s Gate than initially feared, putting the characters on the path to go from small time bandit fighters to fighting the great evils of the region. Certain events reveal some deeper motives and history of the characters while bringing Mordoc and the captive Dark Alliance heroes into the plot. 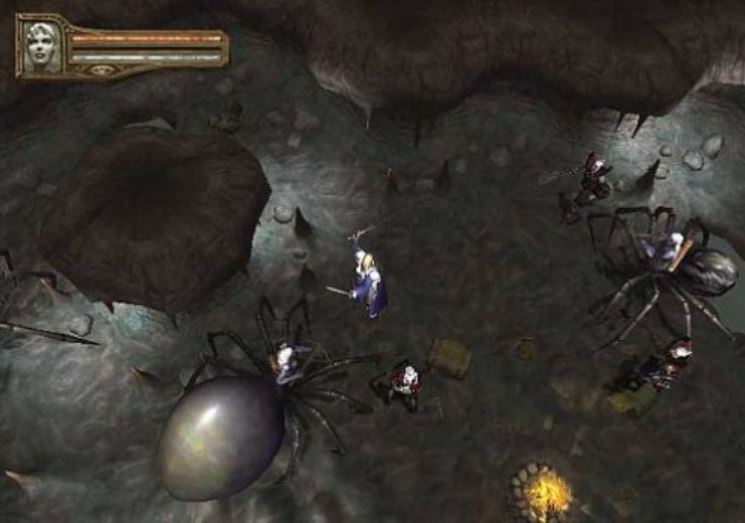 One of the more noticeable improvements over its predecessor is the greater number of player character choices. Five characters are initially available: Allessia Faithhammer a human cleric, Borador Goldhand a dwarf rogue, Dorn Redbear a human barbarian, Vhaidra Uoswiir a Drow monk and Ysuran Auondril, an elf necromancer. Each character had different abilities and strengths, which could be said of just about any RPG in the history of the world. As a barbarian, Dorn relied on feats of brute strength and could show off his might be dual wielding two-handed weapons. Allessia did the typical clerical work, such as  casting healing spells and banishing the undead. Pairing Allessia up with Ysuran was always fun, since his skill focused on the destruction of life force and even summoning the undead to assist him.

Five characters were initially available, but fans of Forgotten Realms were treated to an easter egg in the form of two unlockable characters: the Drow ranger Drizzt Do’Urden and Artemis Entreri, a human assassin. Baldur’s Gate: Dark Alliance II is not the retelling of any of the books or re-imagining of a specific campaign module. The game followed its own story with its own original characters, but having some fan favorites from the books being included was a nice surprise and gave players an excuse to play through this title multiple times on some of the harder difficulty levels. 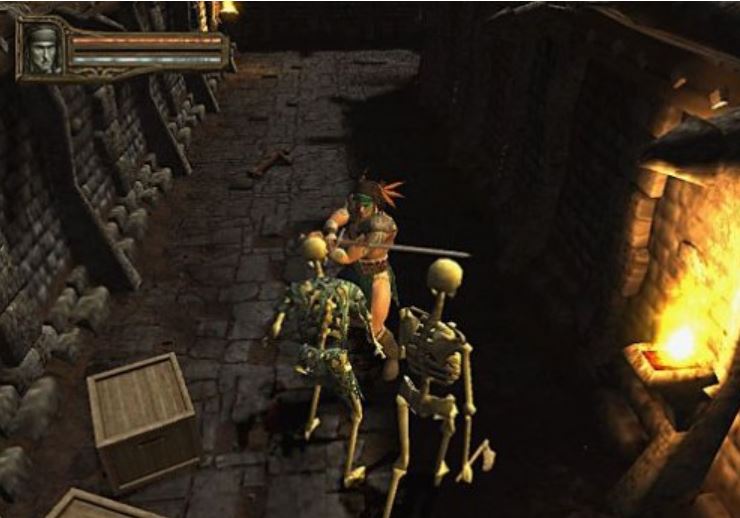 Unlike the Baldur’s Gate PC brethren, the Dark Alliance titles were stripped down with a greater focus on the action part of the action RPG genre. This puts the gameplay attention span in the same category as Dynasty Warriors, where on single player after an hour or so I’m good but with local co-op it’s easy to kill an entire day with this game. Playing with a friend is the best way to enjoy this title. Conventional wisdom states for RPGs it’s best to pick characters based on how the classes will complement each other but the way the powers work in this game is pretty much any combination of characters can see to the end of Mordoc SeLanmere. Some combinations do make more sense than others. In on playthrough, a friend and I decided we wanted to see how high of a level we could get and try to unlock all the powers so we put an irrationally large amount of resources into crafting jewelry to increase our wisdom score to gain an experience acquisition boost, regardless of how otherwise useless that stat might have been to our particular character. The goal of this was to eventually max out every special ability before the game’s completion, but since we were playing this on my PlayStation 2 back in 2004 or 2005, I can’t remember if we succeeded in that or not.

The world of Dark Alliance covered a variety of environments and creatures. Areas included underground ossuaries, forests, the dreaded Bloodmire Manor and the four elemental planes, just to name a few of the locations. The elemental planes were of particular interest, mainly in seeing how the development team decided to interpret them as physical game areas. The cutscenes show their age but looked quite nice for the time. There was one scene were some assassins were doing some choreographed moves that my friends and I would make fun of and the Mordoc SeLanmere and his cronies looked like how I imagine the members of the band Dimmu Borgir would look if they decided to ditch the corpse paint and go LARPing. 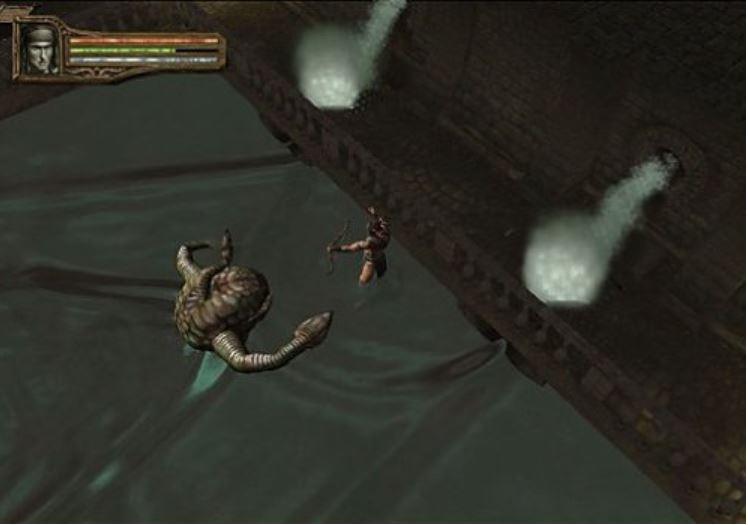 Baldur’s Gate: Dark Alliance 2 was a great game to play with a friend for some mindless hack and slash action, but it also had enough role-playing elements to keep it from being completely mindless. It’s not the deep role-playing experience one would find in the PC Baldur’s gate titles, but it’s a lot of fun for a console Diablo clone. It’s not a terribly long game, figure about a dozen hours or so for a single playthrough, but with a total of seven characters, completionists can get a lot of value from this title. This isn’t a title would be on too many best-of lists, but even so it’s fun and worth checking out if someone is so inclined to dust off their PlayStation 2 or Xbox.