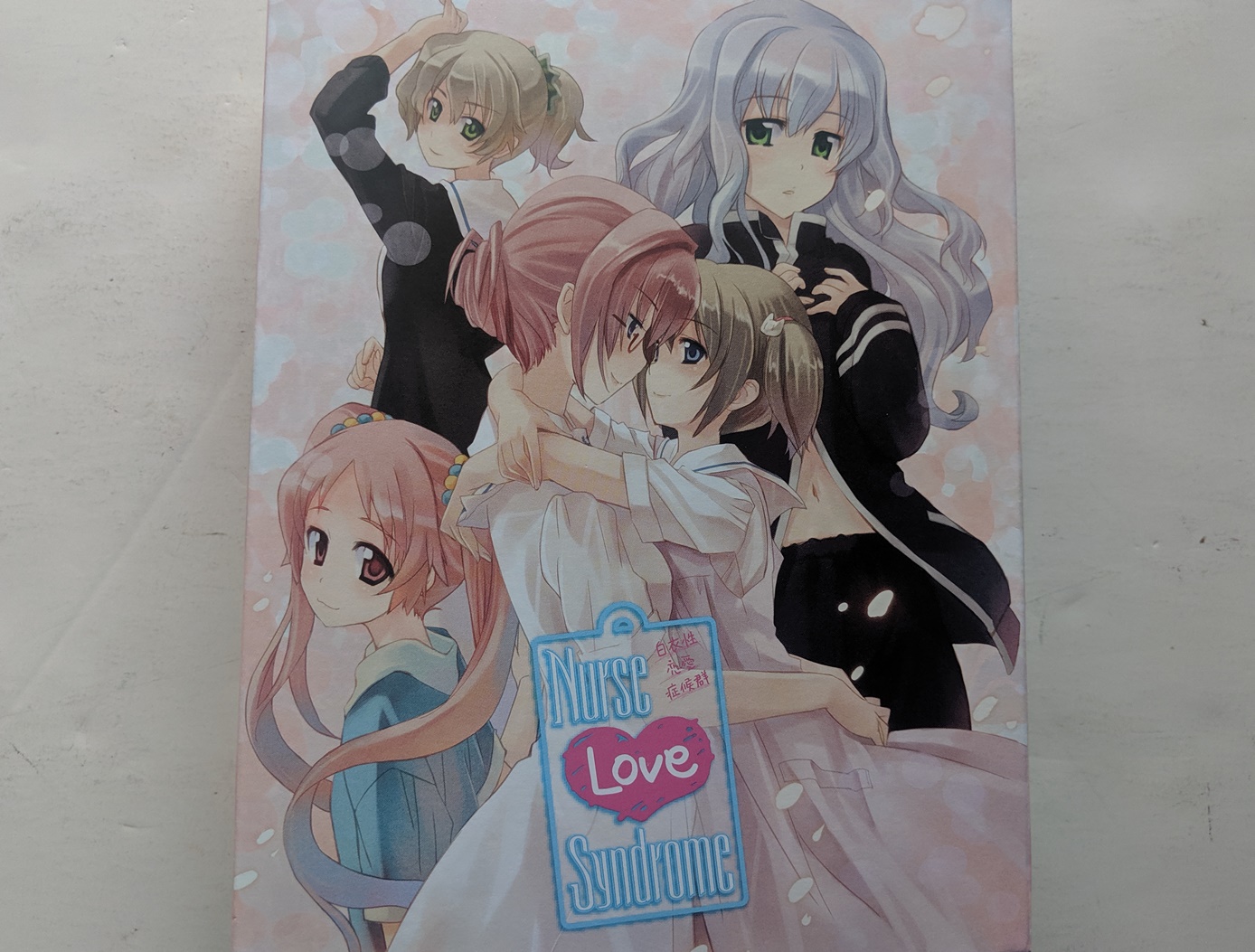 Last year, Limited Run Games brought out a lovely limited edition of the yuri visual novel Nurse Love Addiction. The Nurse Love Addiction Medkit Edition featured a handsome cardboard box with foil cross. Inside were such unique goodies as themed band aids and magnets alongside the game and soundtrack. One year later the team at Limited Run Games produced another special edition for the sequel, Nurse Love Syndrome. How does it compare to the previous edition?

Let’s first go over the contents of the Nurse Love Syndrome Collector’s Edition. Everything is housed within a thin cardboard box featuring two designs. Both sides include great artwork from the game. Refreshingly, neither design is just the cover of the PS Vita game printed in larger form. Opening the box from the top reveals another piece of cardboard holding everything in place. One side snugly holds the Vita game case and soundtrack CD together. The other side holds a handful of cards in a tiny pocket. 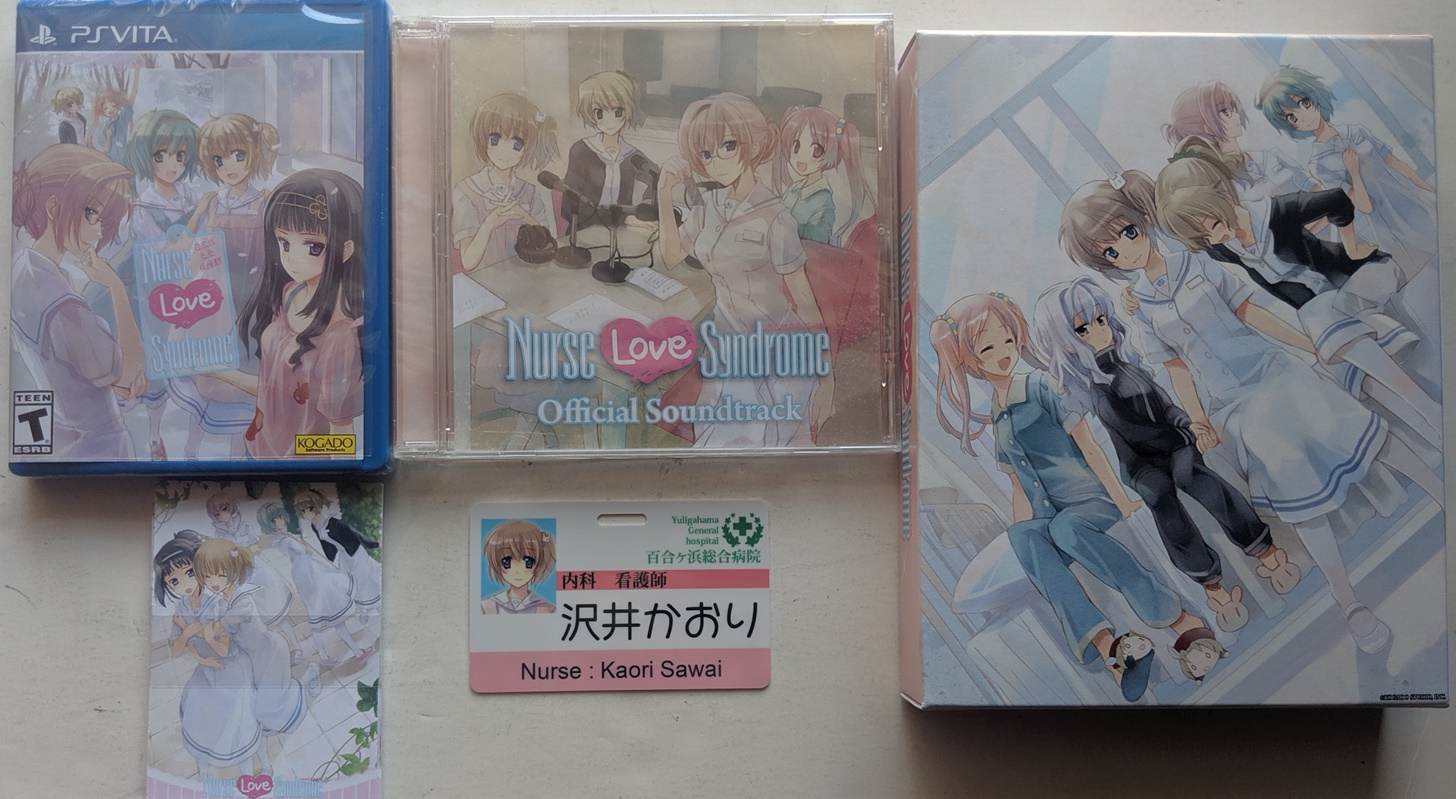 As with other Limited Run Releases, this is a region free Vita cart — and it’s also going to be one of the last handful which they will ever produce. Next up is the soundtrack. The CD is housed in your standard jewel case. There are 18 tracks in total included on this single disc. Both these items are shrink wrapped separately, though unfortunately the shrink wrap on my soundtrack was already torn.

Next up are eight trading cards featuring the cast of Nurse Love Syndrome. These cards aren’t as high quality as the ones Limited Run Games sends as part of each release, but they’re still printed on thick card stock. The unusual item included in the set this time around is a nurse ID card for Kaori Sawai. The ID card seems about the size of an actual one you might use at work, with the design printed directly on sturdy plastic. It’s a cute inclusion and one that’s easier to display than band aids with a game logo on them. Heck, it might be a handy inclusion for anyone looking to do some Nurse Love Syndrome cosplay. 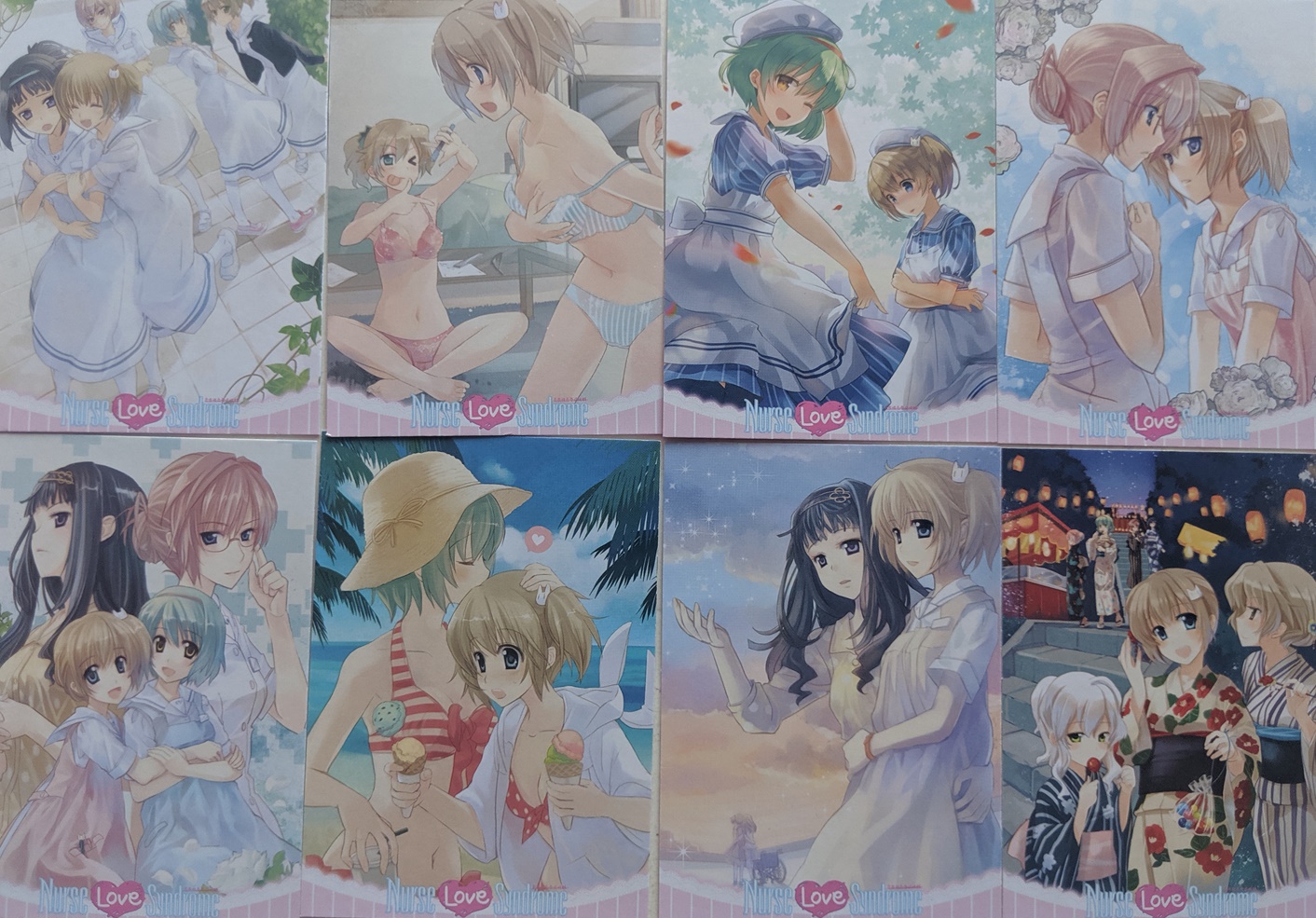 Between the two packages, it’s clear that Nurse Love Addiction received the more loving treatment with a far sturdier box and willingness to think outside the expected contents of a limited edition release. Still, there’s nothing wrong with this set of goodies either. The main issue is simply that both games cost the same amount when they launched – $74.99. Fans most likely expected the same level of quality that they had already seen. As such, it’s hard to not see this collector’s edition as a bit of a let down.

Did you miss out on picking up the Nurse Love Syndrome Collector’s Edition when it was available? Unlike many other Limited Run Game releases, this one actually is only just barely retaining its value rather than selling for more. In fact, as of this writing there are multiple listings on eBay for a complete sealed copy below retail value. As such, it may be worth picking it up now just in case or waiting longer to see if the price continues to decrease.