According to the PES 2020 publisher, the European international competition will be available as free DLC in Q2 2020.

The add-on will be available on all platforms that PES 2020 is released on in September.

Konami has also revealed that over fifty national soccer associations have agreed for their respective international sides to feature in the upcoming title.

The Euro 2020 license means that PES 2020 will also have up-to-date versions of each national team’s kits, crests and players.

The Japanese publisher said the aforementioned features will all “be faithfully recreated ahead of the real-world tournament that starts in June next year.”

UEFA and Konami plan to hold an exclusive eSports tournament with national football associations from Europe.

The competition will have an online qualifying stage before the top sixteen teams head to an event held in London between the semi-finals and final of Euro 2020. 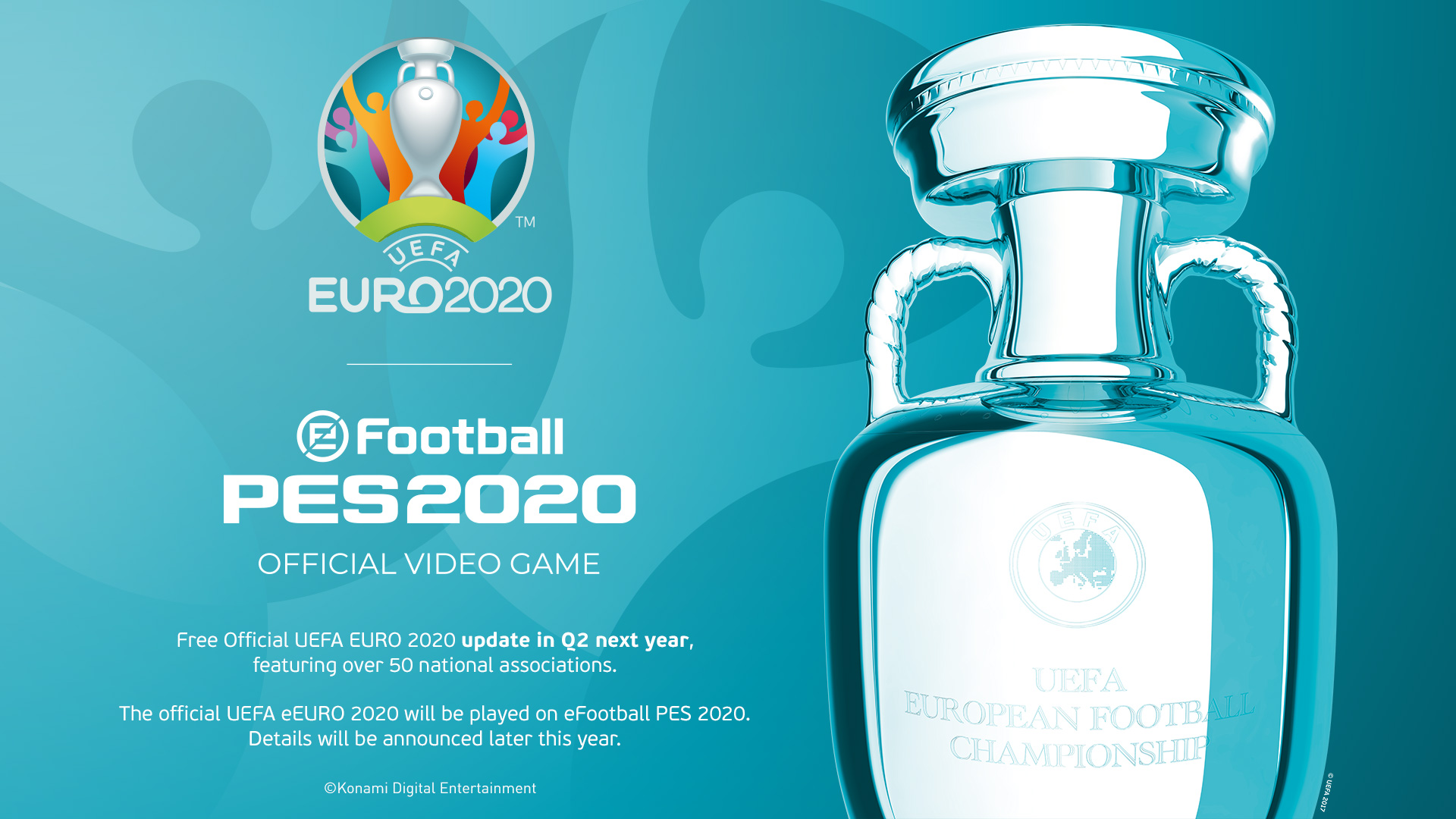 The UEFA Euro 2020 tournament will be free DLC for PES 2020 players on PlayStation 4, Xbox One and PC. Credit: Konami

Guy Laurent-Epstein, the marketing director of UEFA Events SA, said: “We are very pleased to continue and extend our working partnership with Konami.

“UEFA Euro 2020 provides an opportunity to build an even closer working relationship, allowing us to activate it in new and exciting ways, and to engage with our mutual fans around the world.”

Jonas Lygaard, the senior director of brand and business development at Konami, added: “Our teams have pulled out all the stops to secure the biggest and best licenses possible for eFootball PES 2020; quality licenses that match the level we set each year when it comes to gameplay.

“The partnership with UEFA and the Euro 2020 tournament is a big win for our community and new users who look for fresh content throughout the year.”

Konami announced on Monday that Italy’s top-tier soccer league, Serie A, would be fully licensed in PES 2020.

The next installment in the PES series, which was announced at E3 last month, will feature the likes of Bayern Munich, Manchester United and Barcelona.