One of the things that’s hard to grasp is just how utterly unsuited the natural world is to human machinery.  So much of the landscape has been tamed that it’s easy to forget what it was like before.  The trucks of Mudrunner didn’t have that luxury, seeing as it was their job to travel places where what’s laughingly called a “road” is little more than a very long stretch of plant-free dirt.  Hills were steep, land was squishy, and the terrain was scaled for rivulets of water rather than the huge mechanical beasts trying to not get bogged down in the ruts.  Despite, or possibly because of, the hard work involved in wrestling trucks across the landscape MudRunner is a very satisfying use of gaming time, and if careful attention to every foot of progress is the source of that satisfaction then it’s got a good shot at intensifying with today’s announcement of SnowRunner.

The full title is SnowRunner: A MudRunner Game, and despite the lack of any numbering it’s the proper sequel to MudRunner, which was initially known as Spintires before hopping between publishers.  The series history is a bit of a mess, but the point is that SnowRunner is best viewed as the second game in the series, and as a proper sequel it brings all new features to the original’s gameplay.  The one being focused on at the moment is right in the title, and that’s the snow covering many of the game’s chilly landscapes.  In addition to blanketing the world in white it also brings snowdrifts, which can poof apart with the impact of a tire or bog a whole vehicle down, depending on size.  There’s also ice to contend with, which can be fun to spin out on or less entertaining when it sends a truck flying off the road.  Winter is a giant challenge even in the heart of civilization, and seeing as snowplows haven’t been officially announced yet the only hope for relief is the ground being frozen enough to support the trucks.  Or switching to a springtime map instead, because an entire game in white would get visually exhausting. 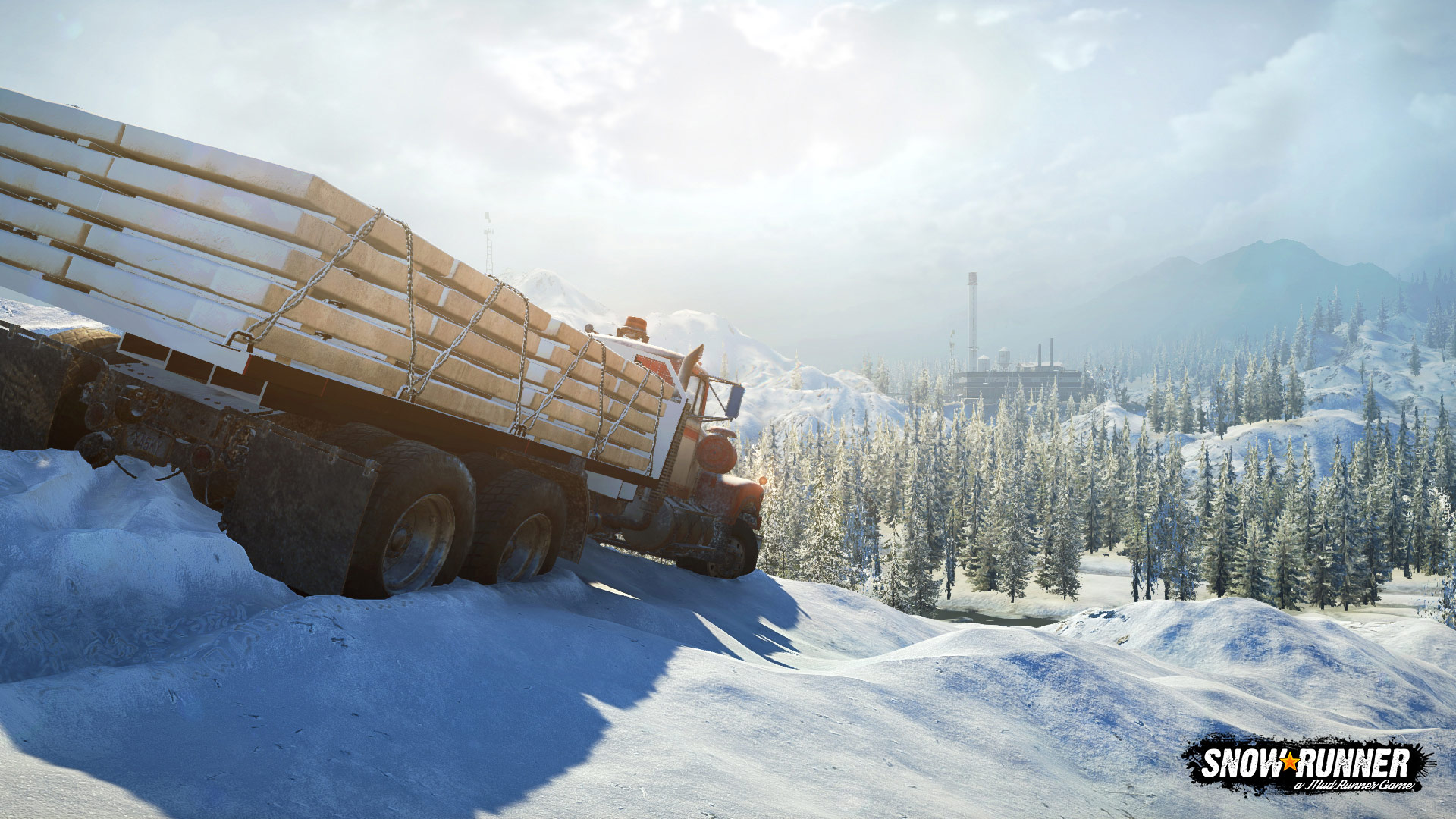 In addition to the snow there had been a number of other new features announced previously for the sequel.  On the driving side of things there will be licensed trucks from Caterpillar and Pacific, unique and detailed cockpit views for each vehicle, and upgrades and add-ons for the trucks including personalization items.  The levels to drive through also get enhanced, with maps being up to four times larger than the first game.  The worlds will be more detailed, with denser foliage making the Russian, American, and new Alaskan landscapes feel wilder than before.  One of the main features being carried over from MudRunner is the modding support, which will be fully present despite SnowRunner being on the Epic Game Store.  There are more announcements on that coming up, but for now Focus Interactive has been reassuring its fans that they’re working on keeping the mod community alive and healthy.

SnowRunner is coming out sometime in 2020, and while the release date is a little nebulous the release trailer is quite clear on the dangers of navigating the great outdoors.  Give it a look below and get ready to drive carefully through terrain that simply doesn’t care whether anything on it lives or dies.