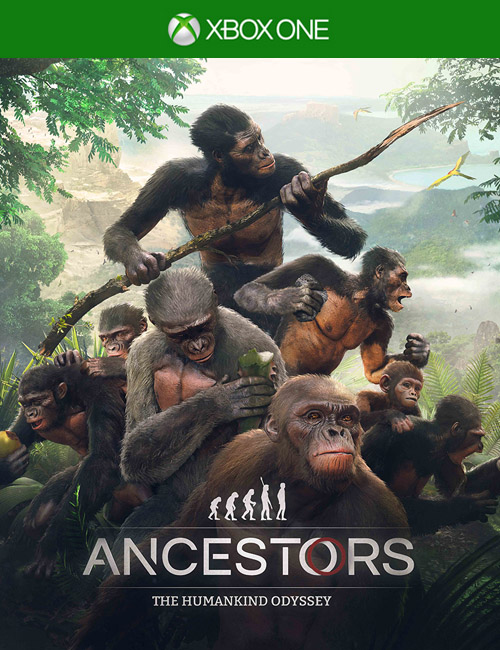 It’s easy to take our evolution as a human species for granted. We live in an age where one can order a pizza and new shoes any time from the tiny computer we carry in our pockets. Inventions we may not think about, like preventative medicine, advanced food handling and complex communication, are some of the cornerstones of our evolved societies — but how did we get here? Panache Digital Games is looking to draw back the curtain clouding the origin of our species through its hardcore survival title: Ancestors: The Humankind Odyssey. And what an odyssey of human survival and ingenuity Panache has brought us. Through the use of intuitive mechanics, Ancestors looks to make use of our natural curiosities and problem solving to propel gameplay forward with the ultimate goal of evolution. It becomes a vastly different kind of survival game when an entire species rests on your shoulders. Let’s see how we do as the game challenges us, “can you evolve faster than our ancestors?”

The story begins ten million years ago in the jungles of Africa. Opening with a “circle-of-life” cutscene — smaller creatures are eaten by larger ones and the world keeps going ’round — players are told that the latest science has been used to simulate life millions of years ago. Players must be the ones to survive in these primal jungles and it’s made clear that the game won’t help out much. The player assumes the role of a pack of early hominids. While one hominid is played as at a time, the entire group must ultimately be cared for in order to survive. This plays heavily into our history of being pack creatures. This mechanic plays an integral part into the evolutionary process in addition to activities of daily living which must be performed.

Each hominid has a certain amount of stamina, which is heavily connected to health and overall life expectancy. This means that you must sleep, eat and avoid major injury in order to survive for long. That sounds easy, but Ancestors takes the hardcore survival approach where it’s not always possible to find the correct food or avoid complete injury — like falling too hard and breaking a bone. The game starts out as a blank slate. The goal is to evolve, which means hominids start out by knowing nothing about the world. Through the use of hominids’ intelligence skills, the surrounding world can be evaluated. Intelligence becomes a key factor in developing hominids’ senses for understanding the world. It’s instantly gratifying to pick up new materials, evaluate them using intelligence and then learn how they can be used in the environment (this is how I suddenly found myself spending five hours of playtime without realizing). 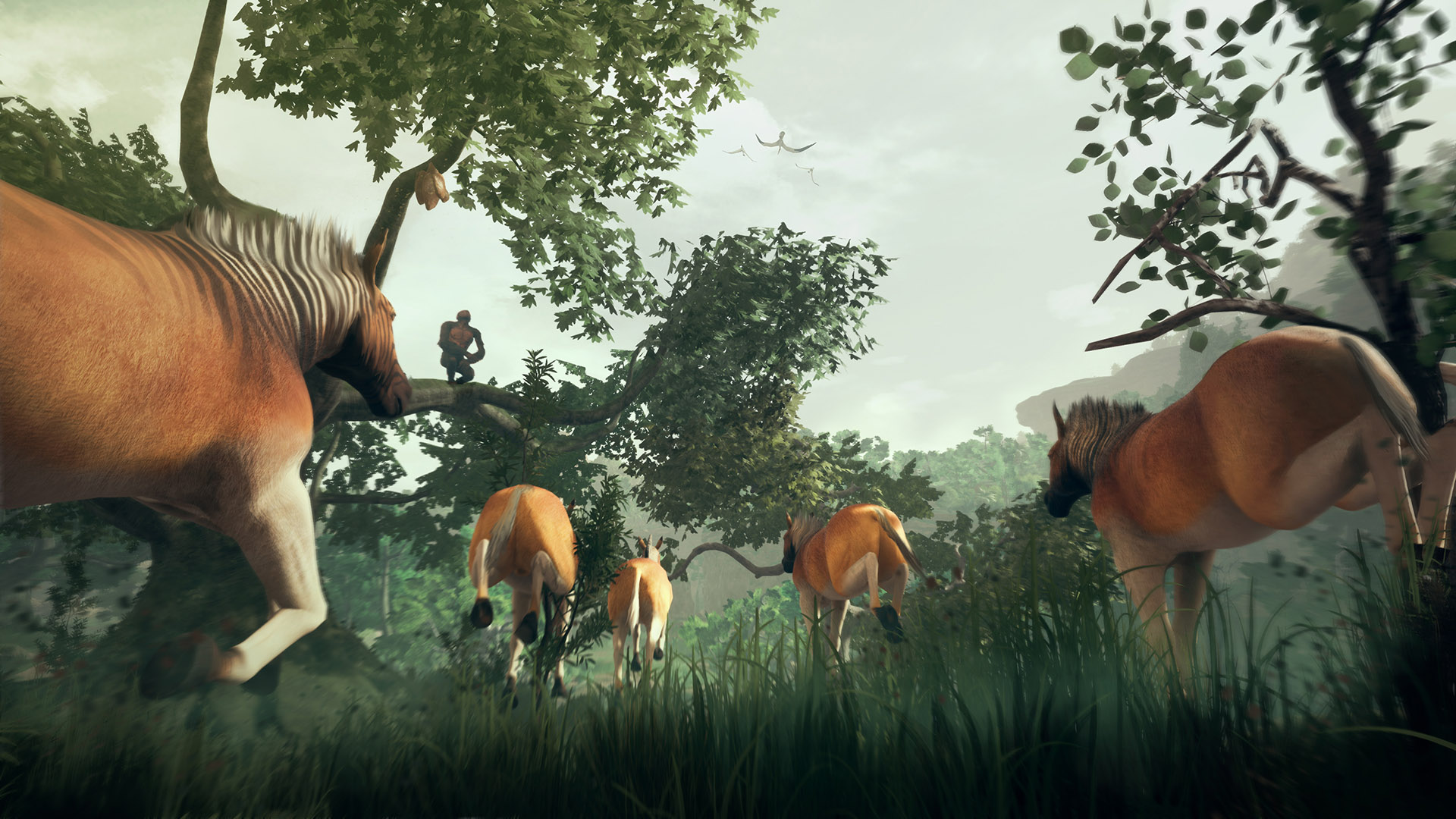 Every time you learn and evaluate surroundings, evolutionary experience is gained and new evolutionary abilities unlocked. You may not start out knowing how a stick can be used, but after some experimentation it’s learned that it can be sharpened to a point using a rock, used to fish or used to build barricades. Each one of these possibilities must be discovered first, however, before the materials can be used. We already have a natural curiosity and Ancestors knows how to take hold of that curiosity for the benefit of progression. Its discovery mechanics hook the player into the world. Identifying resources and their uses increases awareness of the surroundings as well as increases intelligence. Not all resources can be found in your clan’s cushy waterfall oasis, though. The time will come when you must venture out and face the perils of the jungle.

In order to launch an evolution of the species, certain factors must be fulfilled first. Often this means eating new foods and assimilating their nutrients. Intelligence and dexterity may need to be advanced by interacting with the environment. While starting out in the Waterfall Oasis is safe and does have quite a few resources to begin with, it becomes necessary to venture out into the jungles to search for new resources and expand your horizons (figuratively and literally). While being able to walk on the forest floor is one mode of traversal, Ancestors grants the ability to use early hominid dexterity and actually navigate through the tress, running on branches and swinging through the trees with ease. There are options for traversal wherever you look and Ancestors traversal options create a layered experience where there are benefits to being up in the trees as well as on the ground (yet being on the ground does put you at the mercy of jungle predators). The title features a huge open world with a few different biomes to explore. If it’s ever decided to leave the vast, lush jungle, there’s the ability to brave harsh deserts or visit coast-lines. Each area is home to new creatures, resources and areas to discover. Ancestors map is surprisingly large for it being a smaller title, but it’s a game that prides itself on content and longevity. 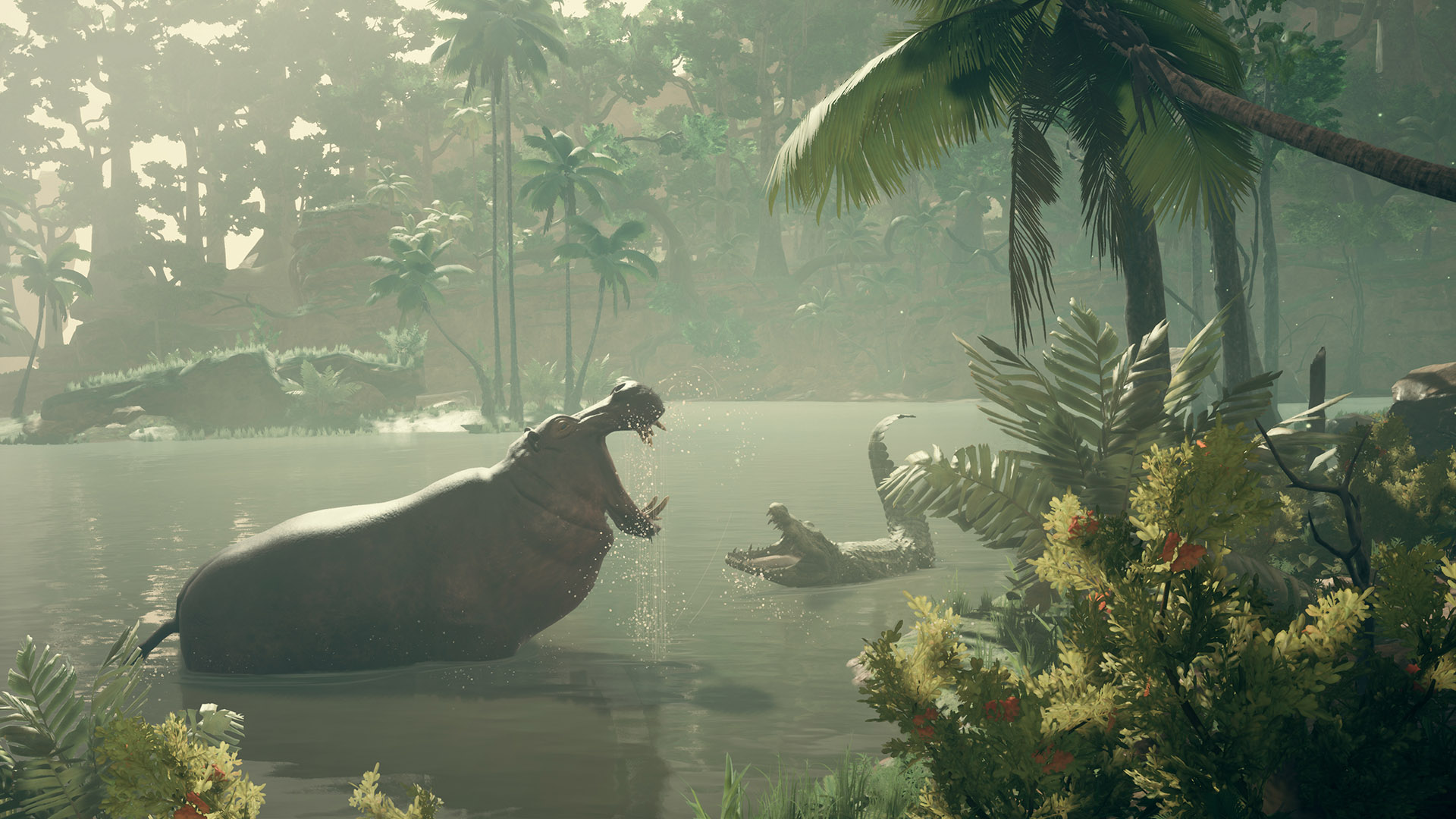 Taking expeditions into the jungle with one, or more, of the group means discovering new creatures that share the ecosystem — as well as discovering new locations and expanding territory. With all of this unknown, Ancestors utilizes a lot of evolutionary science to represent responses to fear. Expanding home territory means taking expeditions into the jungle and encountering areas that are unknown. The “fear of the unknown” prevents players from moving forward and making rational decisions. The unknown environment must be interacted with in order to conquer fear. Ancestors does an amazing job of simulating human evolutionary responses to things like stress, fear and exhaustion to create a life-like experience where every decision matters. Evolutionary features are also seen in the hominids as as new generations evolve with better traits — certain traits can even be locked within the skill tree so that they become inherent within future generations. The beauty of Ancestors is that it truly allows the player freedom to explore how they want and develop their lineage at their own pace. There’s so much to explore within the game that the many hours spent in preparation for its review does not adequately describe how large the game can actually be. While this is beneficial in regards to how much time can be spent playing Ancestors, the title does hit some snags because of such truly open freedom.

When the game warns that “we won’t help much,” it truly means that it won’t. Yes, there are soft tutorials that explains the button mapping and basic gameplay mechanics, but when challenged to evolve, there really isn’t a road-map for evolution beyond completing certain milestones (and even then, the game doesn’t tell you exactly what those milestones are supposed to be). Because of such a severe lack of direction, this can ultimately leave players feeling confused at the beginning. And yes, much of this kind of gameplay is specifically designed to rely on your natural intuition and curiosity for exploration. When the game says “do what you would to survive,” and I attempt those things without much success, however, it leaves me wondering if developers were open to multiple survival techniques or if there are only a set few that have been coded for “win” conditions. For example, I personally know how to make a fire from scratch in a couple of different ways.

When tasked to evolve our species, in my mind the main thing that will propel the evolution is the creation of fire. Throughout the jungle we even find foods that would make us sick if we were to eat them raw (eggs, red meat, certain flora), but this was an indication that these foods should be cooked. The majority of this gameplay spent playing were devoted to trying to create fire. After hours of play-time, I still do not know how to make fire and it became a frustrating experience. I tried banging different rocks against each other to create a spark, I attempted maybe using branches on trees or different size twigs with one another. Even after certain events lead us to the discovery of a meteorite still smoking from entering the atmosphere, that still does not give me the fire I needed. After so much trial and error, I began to wonder if maybe there was something wrong with me that I wasn’t understanding correctly how to utilize resources. Yet this isn’t a user problem at all, this ultimately comes down to some clunky user interface and poor directives. We know we are supposed to evolve, but getting there is all our own design. While this level of freedom does give players choices in how they want to approach their playstyle, it’s also a double-edged sword in that it can actually cause players to backtrack on their progress with the belief that they may have forgotten something important. While I sincerely appreciate a challenging game, there were moments in Ancestors that felt more “inconvenient” than “challenging.” 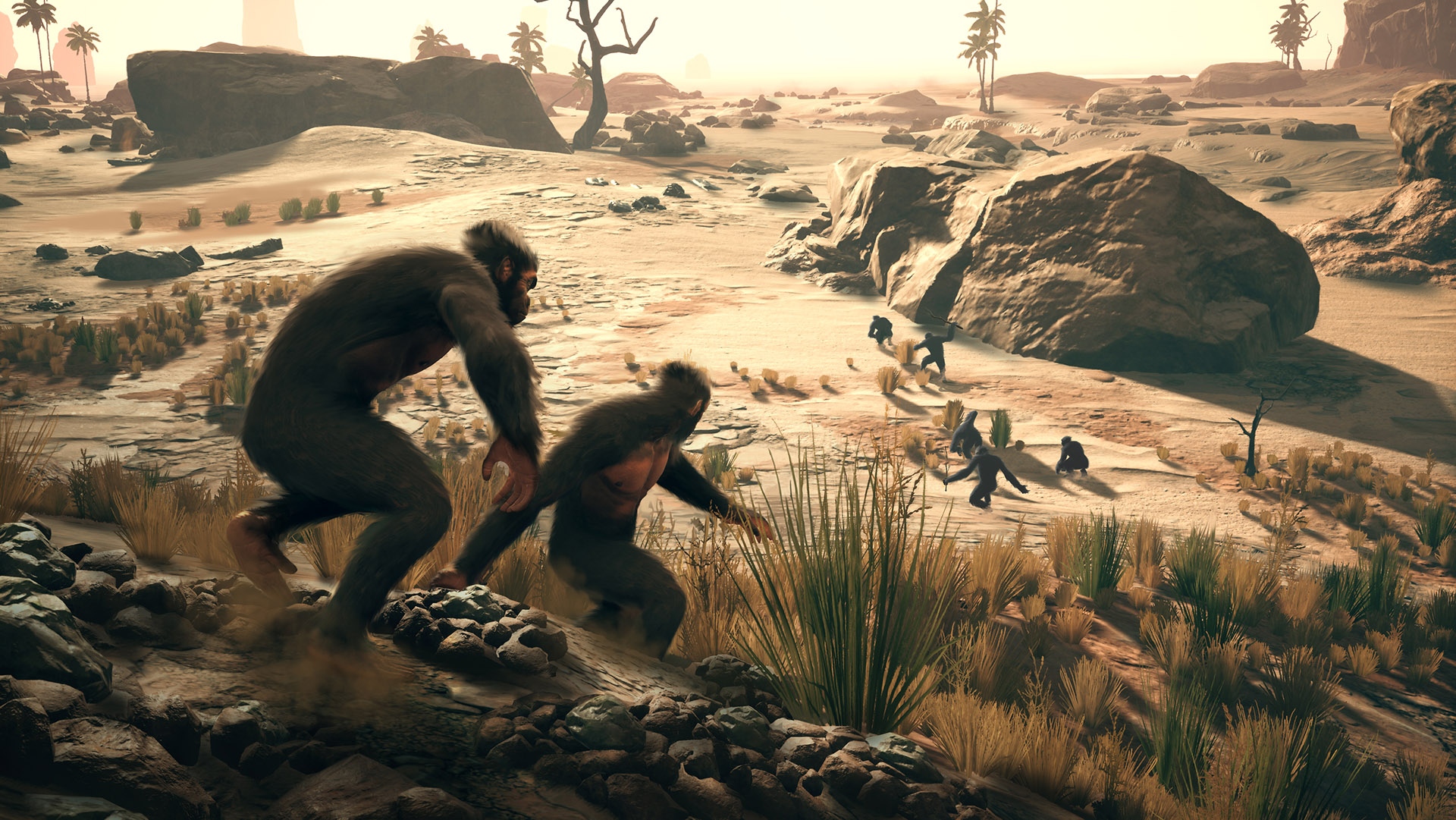 Yet despite its complicated objectives, Ancestors: The Humankind Odyssey challenges players to think outside the box by using contemporary, evolved knowledge to survive in a prehistoric world. We must tap into our own reptilian minds to solve ancient problems — like where to find food and how to stay warm during cold nights. Panache Digital Games has created a truly immersive, lush environment that’s thrilling to explore and traverse. Utilizing our natural instincts for discovery is truly the most ingenious aspect of the game, as it rewards us for problem solving in ways that already come naturally to us. It’s such a gratifying experience to see our hominids start out with no understanding of the world, to then become fairly self-sustaining creatures thanks to education and discovery. More than anything, Ancestors: The Humankind Odyssey shows us what amazing creatures we truly are and how far we’ve come as a species. Understanding our past is the gateway to our future.