It may have been noted on more than one occasion that while Nintendo is one of the leading innovators in the gaming world, some of their design choices warrant nothing more than head scratching. As a result of this there’s a fortune to be made in the Switch peripheral market, largely to address features that have been standard in nontendo consoles for years. Audio accessories have been a particular point of interest for manufacturers. At first this was to address the lack of a standard function, and now the next area to address is the lack of the ability to use Bluetooth headsets with the Switch, which the BT Audio Sync from Bionik attempts to do.

The BT Audio Sync is a straightforward device. It plugs into the USB Type C input on the bottom of the Switch for handheld mode or into the docking station with the included dock adapter and it allows the user to sync a Bluetooth headset to the Switch. Pretty much any Bluetooth headset or earbuds will work with this, whether you use Beats, Airpods or any number of assorted Bluetooth accessories. There are still some limitations as to what the BT Audio Sync can do but having access to a huge variety of wireless headsets/earbuds is enough to justify the purchase.

The BT Audio Sync has no batteries and is powered by the Switch and includes power passthrough to allow the Switch to be charged while using it. The range of use is thirty feet/ten meters (approximately) and up to two devices can be paired at a time, with some caveats. If two headsets are paired at a time there can be some slight delay in audio. Also, if you are using true wireless earbuds, such as Apple Airpods or Tranya T3 Wireless Earbuds, each pod will count as one device. Fortunately there was no audio lag when using earbuds. 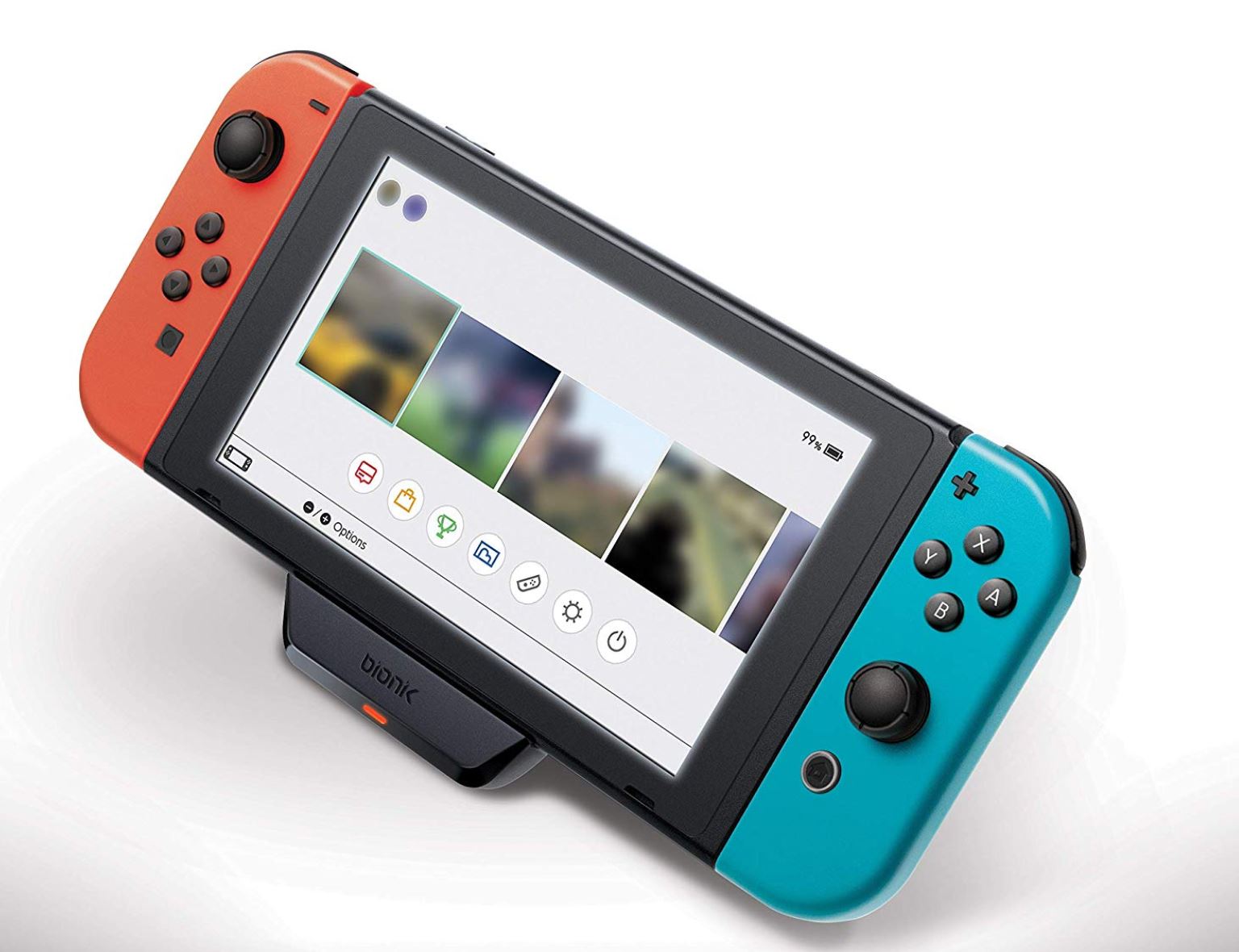 For what the BT Audio Sync is designed to do, talking about it almost sounds like one of those late night TV infomercials about products that never live up to the expectations. Set up is quick, it just plugs into the USB Type C port on the Switch, hold the button to make the light blink faster and press the pairing button on the desired device to be paired. Instructions are included but the whole process of setting up a device takes approximately five seconds. Once the earbuds were paired the BT Audio Sync did exactly what it was supposed to. When the Switch was shut down and powered up again the earbuds automatically connected and with using only a signal pair of earbuds there was no lag or audio delay. Why that occurred when I tried pairing two headsets and not a pair of earbuds is an explanation that an expert in sound engineering would need to provide.

And now for the catch. The Switch wasn’t designed with a catch feature readily available so the BT Audio Sync will not miraculously address this issue, so while the BT Audio Sync will connect wireless headsets to the Switch, it will just be for hearing the game audio and not chat. A possible go around would be syncing the headset to a phone and using the chat app and syncing it to the Switch, though personal experience has led to the personal conclusion trying to have multiple audio sources being used with a single Bluetooth device doesn’t always have the greatest results. 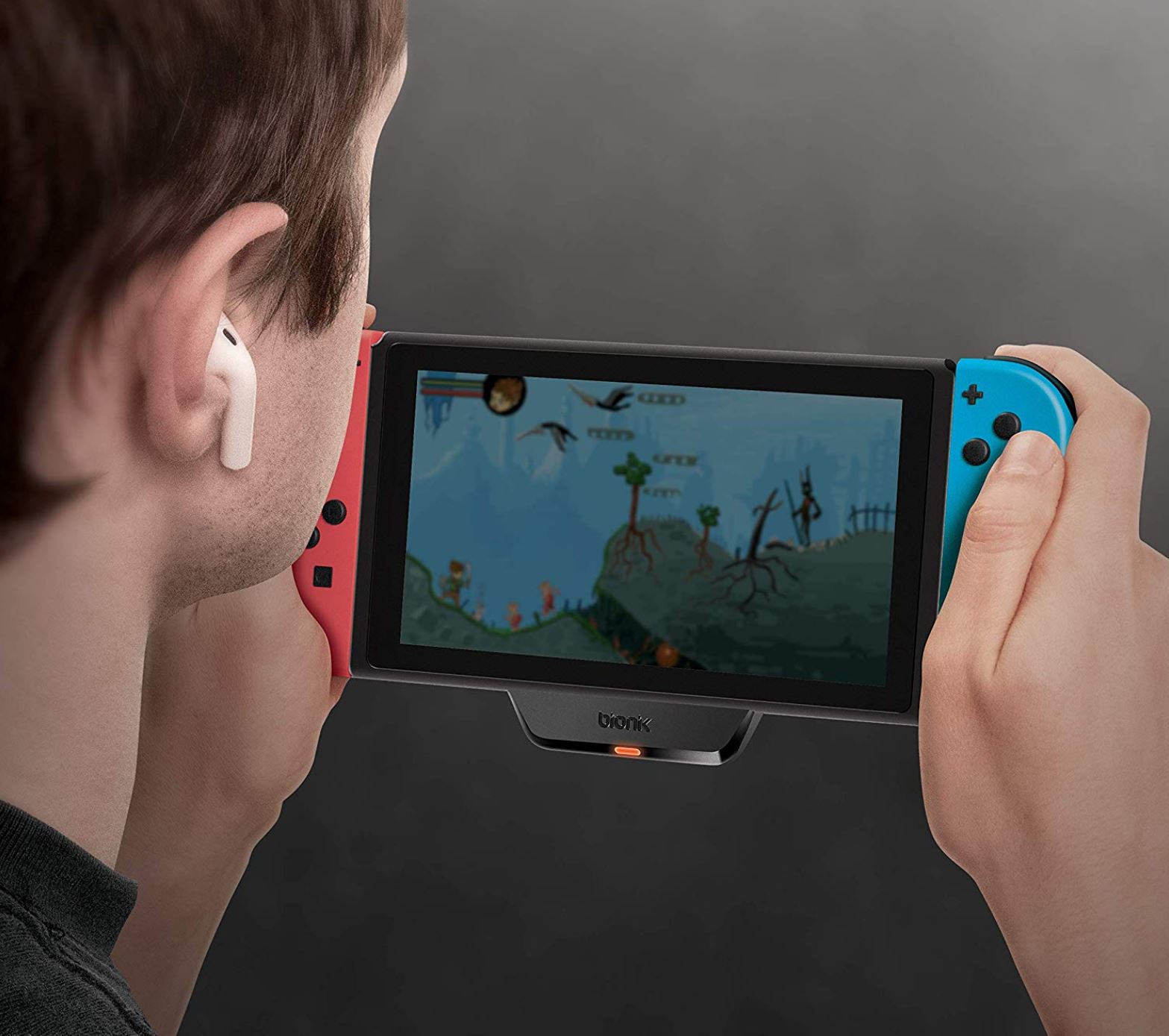 The BT Audio Sync is a great device that is limited by the Switch’s design. It’s extremely user friendly, making it easy to enjoy audio on the Switch with the user’s favorite Bluetooth headset. The drawback is of course that it doesn’t allow for chat, though knowing Bionik they probably are working on something to address that, but at this time this is only suited for listening to Switch audio and not communication. That said, for anyone who has wished to be able to use a Bluetooth headset with the Switch, this is an extremely easy purchase to recommend.