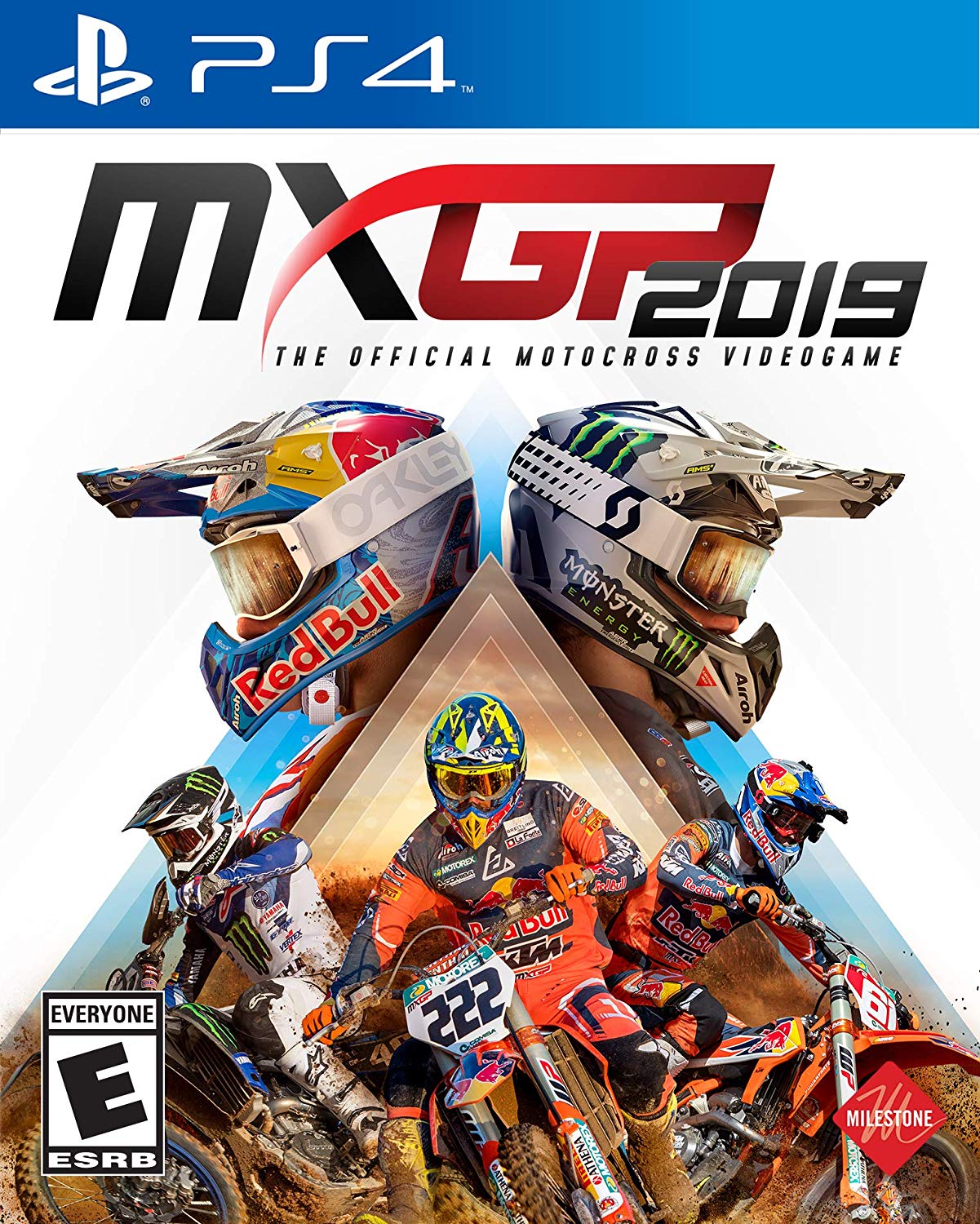 Developer Milestone continues to spread its wealth in the motorbike video game industry with its fifth release in the MXGP series. MXGP 2019 takes all the riders, bikes and tracks from the 2019 FIM Motocross series to become the official video game of the series. Couple this title with the Monster Energy Supercross series and MotoGP and Milestone has every major motorbike series covered. While Monster Energy Supercross can be related to NASCAR as an American-based sport, the FIM is the Formula One of motocross. The series takes place mainly in Europe and Asia on outdoor tracks as opposed to stadiums like MES. This allows for more of an outdoors feel at races and gives Milestone some wiggle room for track customizations in MXGP. As for MXGP 2019, Milestone has introduced new modes but the game still suffers from legacy issues with gameplay.

What Milestone has introduced to MXGP 2019 will please fans of the series. The Playground returns with some new modes to play. The scale of the riding area is much bigger than the Compound found in the Monster Energy Supercross game. The Playground consists of long curves and hill climbs that allow for excellent racing. There are specific events such as Grand Prix and Time Trials that can be completed to earn credits that will go towards customizations. The Waypoint mode is the newest addition and allows riders to create a path using checkpoints and then share their tracks for others to post times on, adding quite a bit of replayability to the mode. Riders can also compete in preset tracks with friends in private matches on The Playground. The mode also includes changes in weather that will affect how bikes handle. It truly feels like an outdoor experience that dirt bike fans would love.

MXGP 2019 also borrows a key mode from its sister Monster Energy Supercross games. The Track Editor makes its first appearance on MXGP and it features a tutorial so riders will be dishing out tracks in no time. Riders are able to choose their environments whether it be the woods or desert. Any type of corner and jump can be input into the track and the entire configuration feels simpler and easier to use. Riders can then share their tracks for downloads and use them in-game. Other environments will be available at a later date, but including the Track Editor in MXGP 2019 is a much-needed addition to the series. 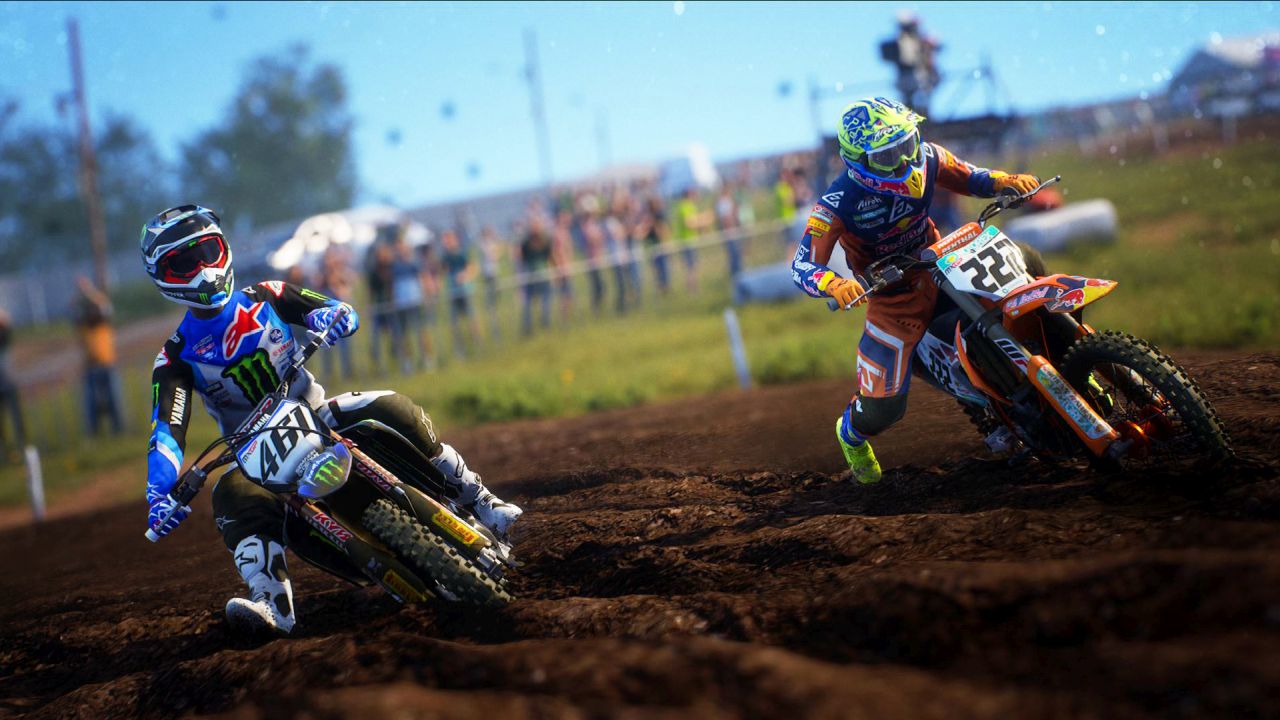 For the first time in the series, all current riders, drivers and tracks of the 2019 FIM Motocross series are included. This allows players to compete in the current championship or create custom championships using these riders. This includes MX2 and MXGP, as the MX2 are 250cc bikes and MXGP are the 450cc. On initial boot, the game has you creating your rider and either having them join a team or go solo while picking sponsors. The amount of sponsors and equipment options in the game are tremendous and players will earn credits to unlock and purchase new ones. What this does turn into is a grind to try and earn new customizations.

Both the MX2 and MXGP bikes are successfully replicated in 3D and look good. The MX2 bikes not only sound different but they also handle different and carry less speed. The MXGP are much more beefy and can feel like a tank to ride at times. The racing experience has improved, but is still frustrating. The settings for casual riders leaves much to be desired. The racing actually improves once riders start changing their bike setups. The bike setups aren’t overly complicated as the description is summarized well in the menu. The assists can hamper riders early on as AI will strictly abuse them. Getting the bikes to power slide and handle is a gamble each time. What I have noticed is with semi-automatic on, the bikes won’t automatically downshift to first gear. The bike sits in second, which can cause a huge launch problem or straight up dump the bike. Power slides can be pulled off, but being in second gear while doing this is a frustrating issue. Of course, riders can switch to manual but that comes with a jump in difficulty. The game seems geared towards experienced riders for Milestone games. Players will need to decide if they want to grind out to get better or if it’s worth it at all. The racing features glimpses of fluidity and it does feel more consistent in this aspect compared to past titles. 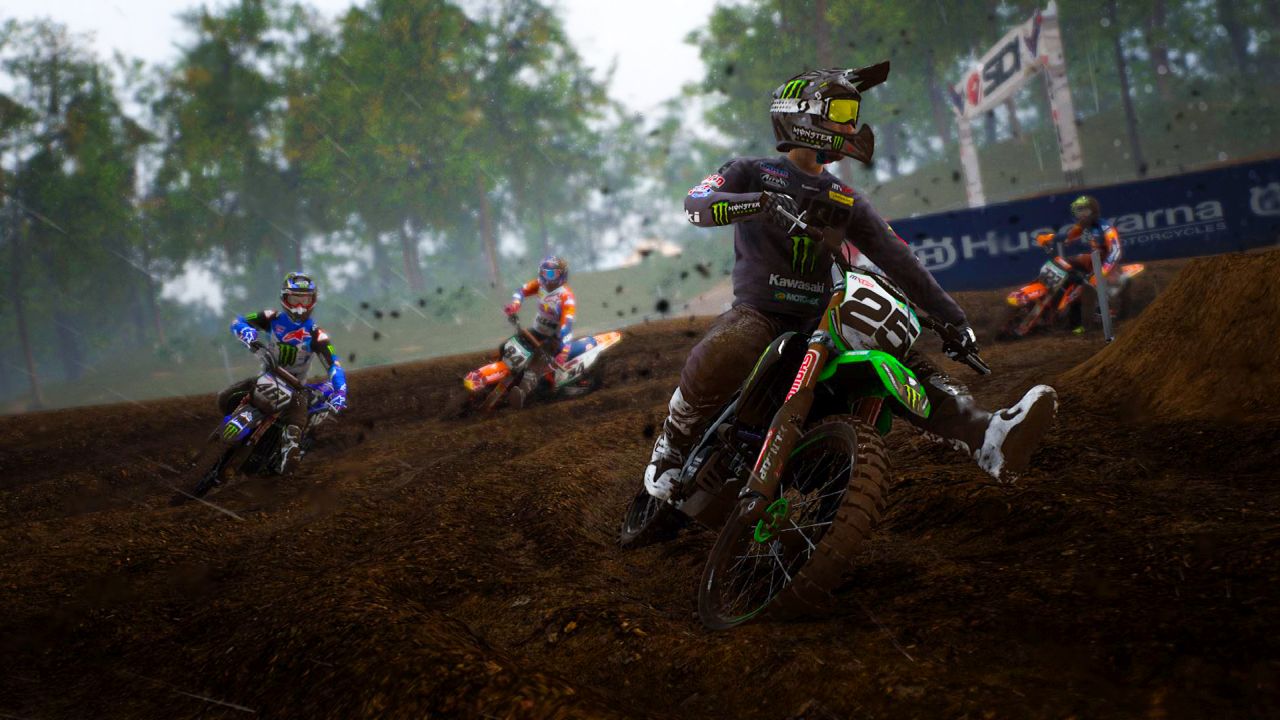 The AI is actually solid, but even on the easiest difficulty, the game is still challenging. Riders will bunch up for the whole shot, but mostly the riders stick to a few variations of the main line. You’ll see some opponents pass each other and even an occasional dump. Another frustrating aspect is if you dump your bike with riders behind, they pass through you like a ghost. There’s no attempt to slow down and all of a sudden the player is shuffled to the back of the field. The MX2 bikes feel much more easier to use than the MXGP bikes. The bikes do tend to drift and hitting obstacles will immediately have you off. There’s a learning curve with these games that I feel requires a better tutorial system for new riders. The collisions still leave a lot to be desired. When hitting another rider, the game makes a sound like a door is shutting, which doesn’t make much sense. Vibration is weak on the controller as there needs to be more feedback for situations like this, which also includes the bike getting loose. There still seems to be a problem with player landing on each other’s heads on jumps. These are all issues that have carried over from previous titles.

Milestone continues to use the Unreal Engine and while it offers 3D scans of riders and bikes, the riders are often left lacking. MXGP 2019 lacks the presentation elements that are seen in both MotoGP 19 and the Monster Energy series. Backgrounds and water reflections look good thanks to the lighting as do the bikes. Each bike is superly detailed down to individual decals on each one. Rider models are still lacking and besides a quick podium celebration, you don’t really see the faces anyways, which was most noticeable when creating my rider. Multiplayer functionality is limited to quick races and private matches. Quick races got hung up a few times when trying to enter them and private matches allow for racing with friends where tracks and conditions can be voted on. Quick races will include AI opponents to fill out an entire field. While the racing can be frustrating at times, the load times will have you doing other things. The individual load times seem slow, but there are so many that it affects the flow. There are even pre-loading screens to the actual loading screens. This is really apparent when going into The Playground. 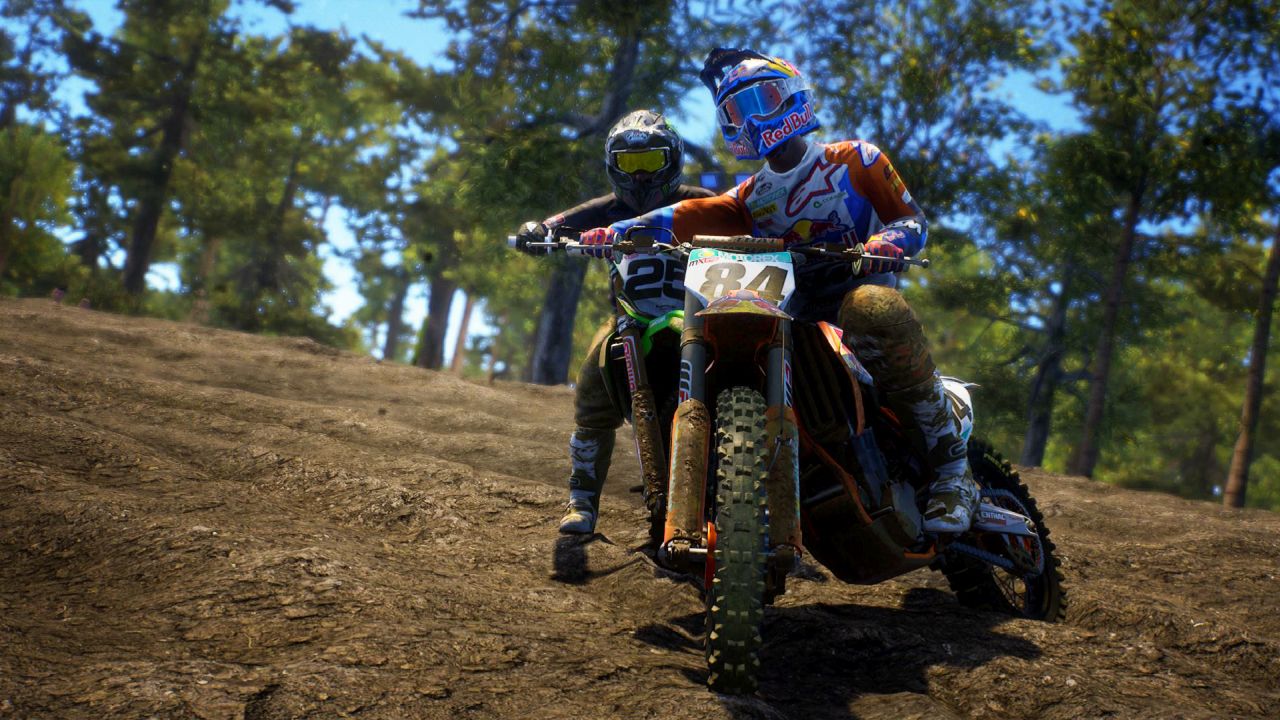 MXGP 2019 is a welcome addition for fans of the franchise who can look past the legacy issues and have an excellent feel for the games. This series requires a grind to get good and competitive as players will have to play with setups, learn tracks and overcome obstacles that can hamper the experience. The Playground is the place to play and learn how to ride and The Waypoint is a great addition. The Track Editor is a much-needed mode for the series as it allows endless possibilities for riders. Having the full 2019 FIM Motocross Championship is a bonus, but this is more important to a small demographic of people. This series doesn’t get the promotion that the Monster Energy Supercross Series gets in America and also begs the question of why Milestone has two separate motocross games and why resources can’t be combined for one game?