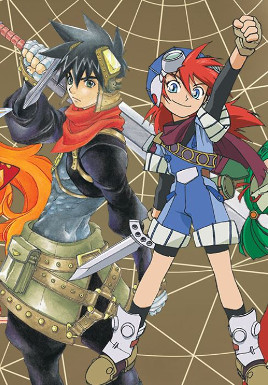 Giving classic games a fresh coat of HD paint has been a standard gaming industry practice for some time. While this practice doesn’t exactly push the gaming medium forward in any evolutionary way, it does allow people to revisit some old favorites with the convenience of their current hardware and allows younger gamers to check out some gems that they missed the first time around. The quality of such ports can vary, both in terms of some tech issues with the games or lack of historical extras that have come to be expected. Grandia HD Collection contains Grandia and Grandia II, two classic JRPGs that were well regarded even if they didn’t attain the largest fanbase.

Grandia HD Collection contains the two classic games with a few modern updates to make the experience feel less dated. These include the basics such as enhanced details to UI, sprites and textures, the opening cinematic videos getting some enhancements and everything is now in the widescreen format aspect ratio. Since we’re dealing with games from the PlayStation/Dreamcast era, the graphics are going to show their age regardless of what tweaks are done to bring them up to date. These changes do make it so these games at least look like they belong on an HD TV, however, but generally look better when played in handheld, and based on the sprites and 3D models, the first Grandia ends up being the better looking of the two titles in this collection. These changes aren’t too dramatic, which when a collection is playing the nostalgia card is generally what fans want.

The two games, despite being sequential titles in a franchise, have plots that are unique enough where they can be played in any order the player wishes. Both games play similarly to each other so from that aspect if you like one you’ll probably like both and since we’re talking Grandia, if you like JRPGs you’ll probably like these games. The tone of both games are very different from each other, which will probably have a greater influence over which one ends up being the preferential title. The tone of Grandia is much more innocent and light hearted, almost like it was made for children. Grandia II on the other hand is a bit more serious and edgier. 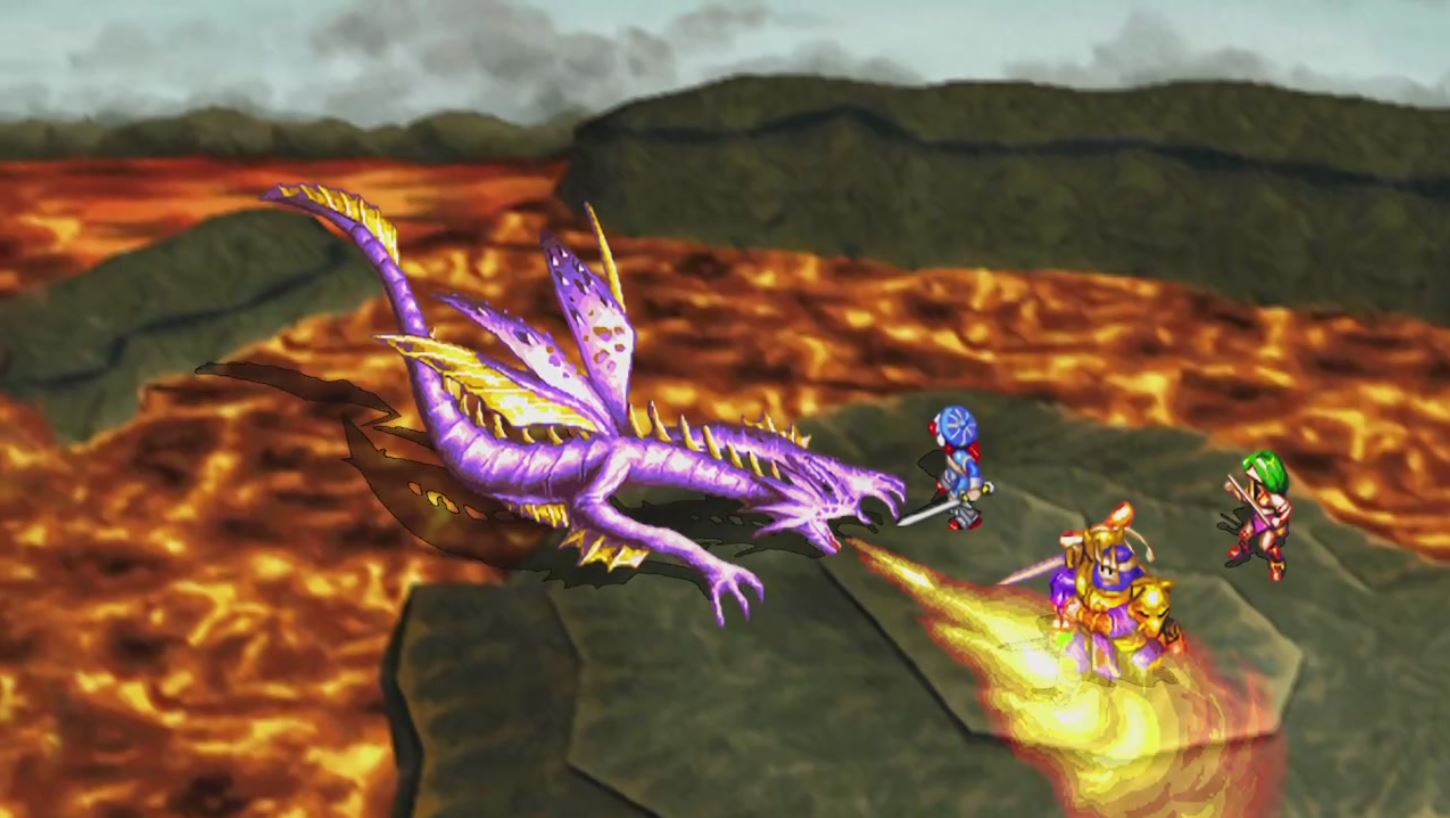 Grandia has the player taking on the role of Justin, an aspiring adventurer who wishes to follow in his father’s footsteps even though his mother tries to discourage him. The game begins with Justin and his childhood friend Sue running around town playing the sort of game children play where Justin has to find this legendary hero equipment which is mundane stuff that the kids are pretending are pieces of legendary weapons and armor. Things start out innocently enough, but soon Justin has ventured outside of his home town of Parm where he makes some interesting discoveries on an archaeological dig. This sets off a series of events that are to be expected in a JRPG story arc of a nondescript youth ending up playing a major role in the region’s history; bards will sing songs of his deeds for centuries to come and all that thing.

Grandia II begins with players taking control of a mercenary named Ryudo, so off the bat we’re dealing with a protagonist who is a seasoned warrior compared to a kid who wants to play adventurer. He is tasked with escorting a woman named Elena to some ritual, which unsurprisingly goes horribly wrong, lots of people die and Elena ends up having wings. It turns out that Elena got her wings as a side effect of being possessed by Valmar, the god of darkness. The pope urges Ryudo to get the Granasaber, the legendary weapon needed to rid the world of Valmar, which being a mercenary who fights for the gain of coin and not the greater glory reluctantly agrees and thus Ryudo sets out on his world saving quest that includes some well intended deicide. The true nature of everything in the world of Grandia II is a bit convoluted but overall this is the personally-favored game in the collection. 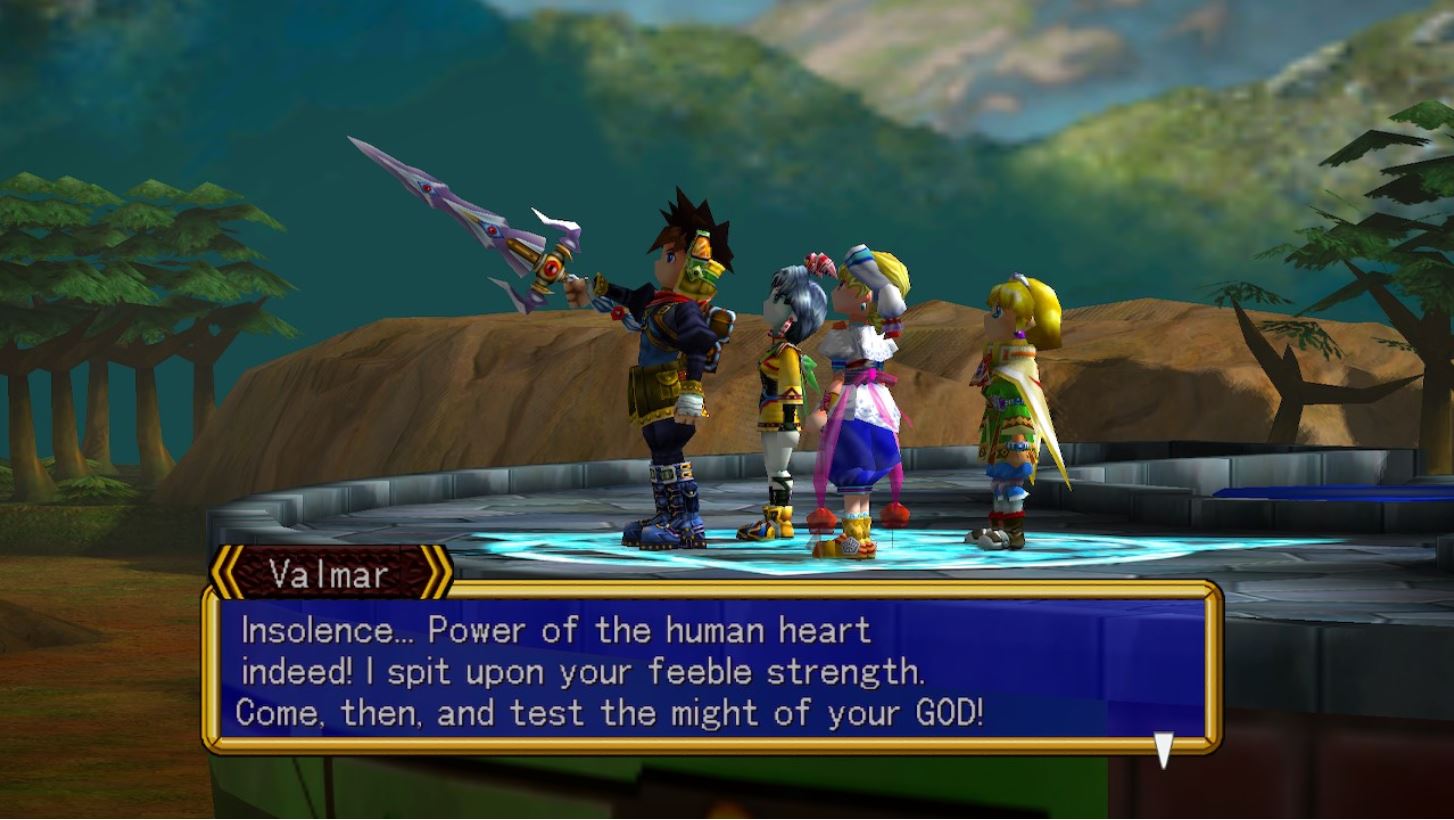 This feature is not as noteworthy now but Grandia titles’ approach to JRPG combat was interesting at the time of the original release. Battles are fought using the traditional turn-based formula except the actions all occur in real time. Quick players can cancel out enemy attacks or add a second hit to an attack and do some limited movement in battles to better position their party members, making this an early example of tactical RPG combat. Random encounters aren’t a thing to worry about either, with enemies being visible on the world map a la Chrono Trigger. The approach to the battle system is one that keeps fans of traditional JRPGs happy but makes it more interesting to players who want things to feel more animated and lively.

Grandia HD Collection contains two great JRPGs but they are not without their issues. The player has the option for English or Japanese audio. As an English speaker, I generally prefer the English dialog track track but holy macaroni is there some cringeworthy voice acting and dialogue. Now, back when these games were originally released the English localization track was typically nothing to write home about about, but even grading on a curve to account for that, the voice acting is terrible. The VO during the opening scene in Grandia is so painful that I would cry if I had functioning tear ducts. A more serious offense occurs in Grandia II which is severely plummeting framerates. While not a technical expert to explain how or why, this seems to happen more frequently when resuming gameplay from sleep mode and a hard reset can usually resolve this, but this is still an annoyance. 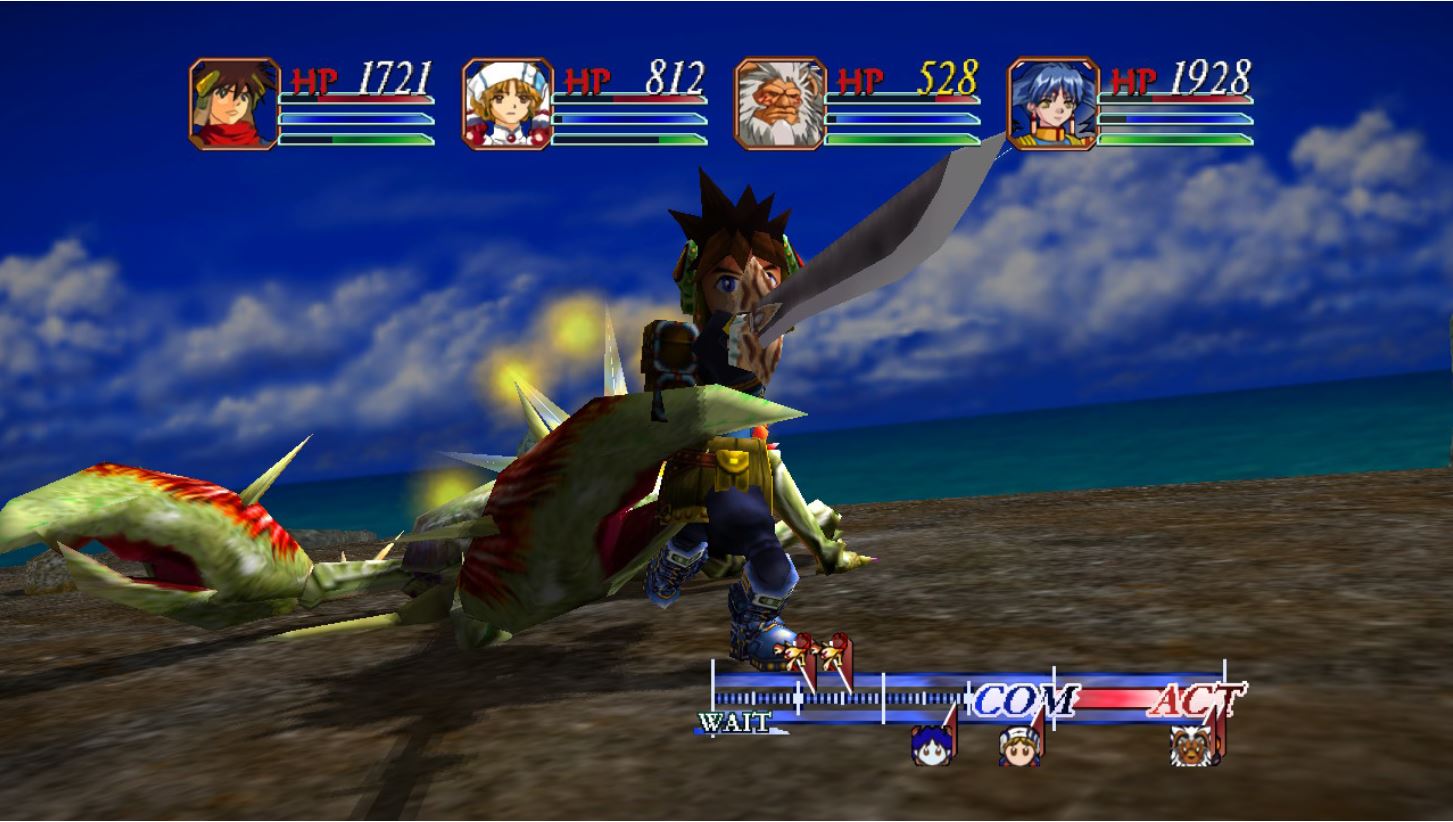 Grandia HD Collection has a few issues but in spite of these is a still a worthwhile addition to any JRPG fan’s collection. The two games are classic gems that flew under many people’s radar during their initial release but are also fun even if this is the first time playing them. There are minor modernization tweaks to the titles and some technical issues do mar the experience, but even with these concessions, having these two titles available to play on the go is hard to complain about. They show their age and have some flaws, but their good outweighs their bad and each title provides a different but memorable adventure.