One of the criteria that can be used to determine the value of certain gaming headsets is how well their quality can transfer to non-gaming activities such as watching movies or listening to music. We had the opportunity to test the Tranya T3 Sports Wireless Headphones, which are Bluetooth earbuds that are designed primarily for use during sporting activities. This seemed like a good chance to test the reverse, seeing how well some audio equipment that isn’t designed for specifically for gaming works with games because buying one headset that can have multiple uses is just a better value.

Game consoles are finicky when it comes to which Bluetooth devices they want to work with, so this is primarily for PC, mobile, tablet and Switch users, provided one has the BT Audio Sync or comparable device for the Switch that may be released after this article is published. After spending some time with these earbuds it becomes quickly apparent that there are some areas where this products excels and other areas where it leaves a little something to be desired. The Tranya T3 earbuds are not the end all be all when it comes to video game audio but depending on what the intended usage is they may still be a viable option. Thanks to the BT Audio Sync, these have become my preferred audio source for Switch games.

Focusing on the positive traits first. The earbuds automatically connect to paired devices when they are removed from the charging case, and the initial pairing with a phone, PC or other compatible device is simple and can be done within seconds. The earbuds are advertised as waterproof with IPX5 waterproof rating, which is good if they are going to be used in the gym and one sweats a lot. During the review process, however, there was no excursion to a swimming pool so the level of how water proof they are wasn’t thoroughly tested. When charged they can get up to eight hours of use though that may be less at maximum volume. The earbuds fit securely in the ears and aren’t likely to fall out during physical activity and the charge case is small enough for convenient travel uses a micro USB cable that is included. The volume and track skip controls by touching the side of the earbuds is a convenient feature when listening to music. 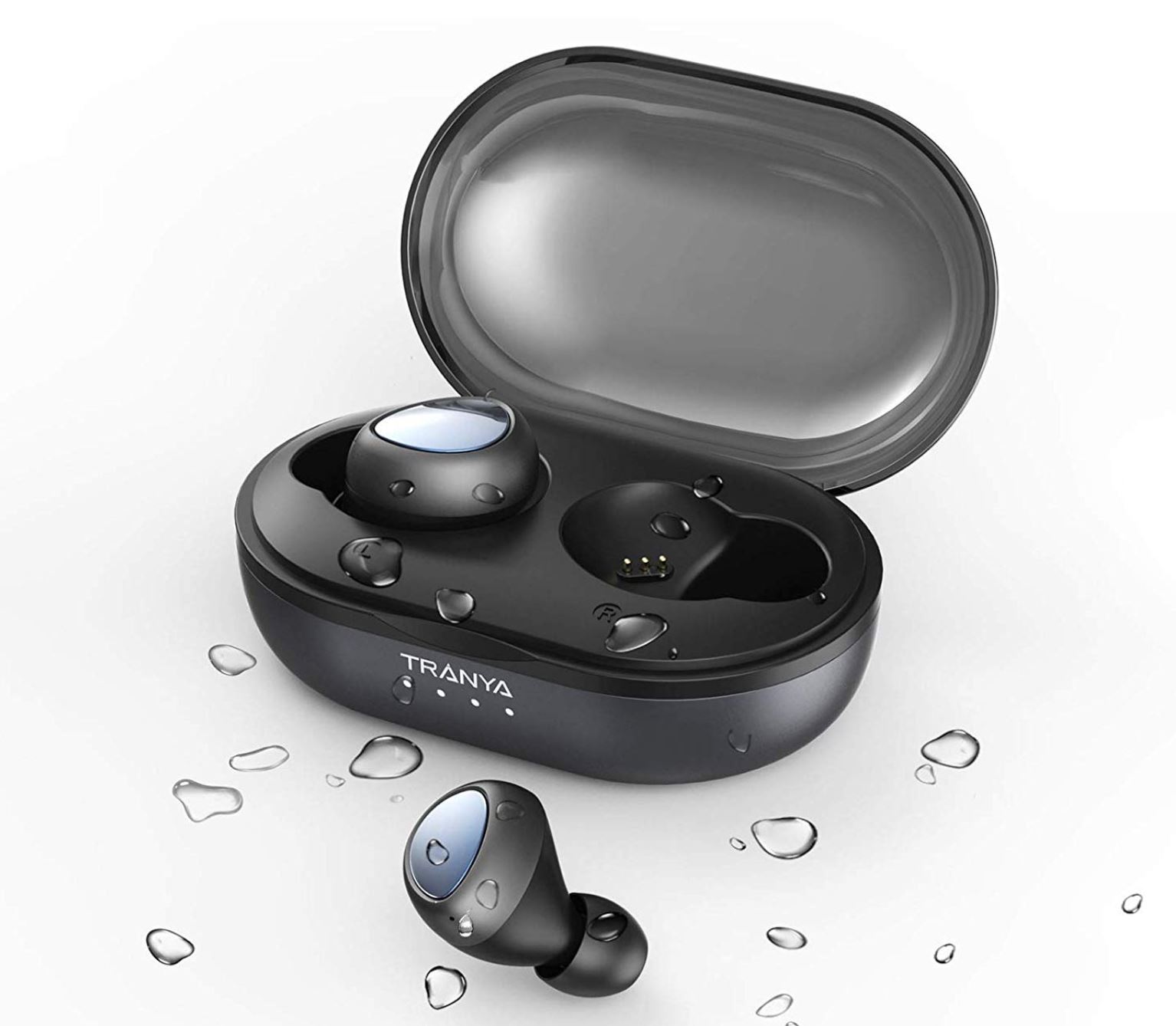 For a pair of budget-priced Bluetooth earbuds, the sound quality of the Tranya T3 earbuds is surprisingly high. There is some bass boost but it isn’t overpowering. The low frequencies are giving a slight raise in the mix but they aren’t thumping loud enough to cause any headaches. When listening to music all the different audio tracks can be clearly heard with each song having a full and rich texture. When it was used for gaming on PC, Switch and Phone everything sounded clear like it would if a high quality wired headset was used. There’s some passive noise cancellation as these do act like earplugs, though we are talking a much lower decibel reduction than using proper earplugs.

The Tranya T3 right and left earbuds are recognized as an individual device when paired with a phone, which has a couple different implications. For phone calls it works better to only use one of them, since the using both of them at once can create an echo effect. Compared to other Bluetooth devices for phones, I found the mic placement with these to not be ideal for conversation. They work fine in your living room if everything is quiet but they don’t fare too well when competing with background noises busier environments like walking through a city. Spotify and YouTube on the other hand sound great through these earbuds. 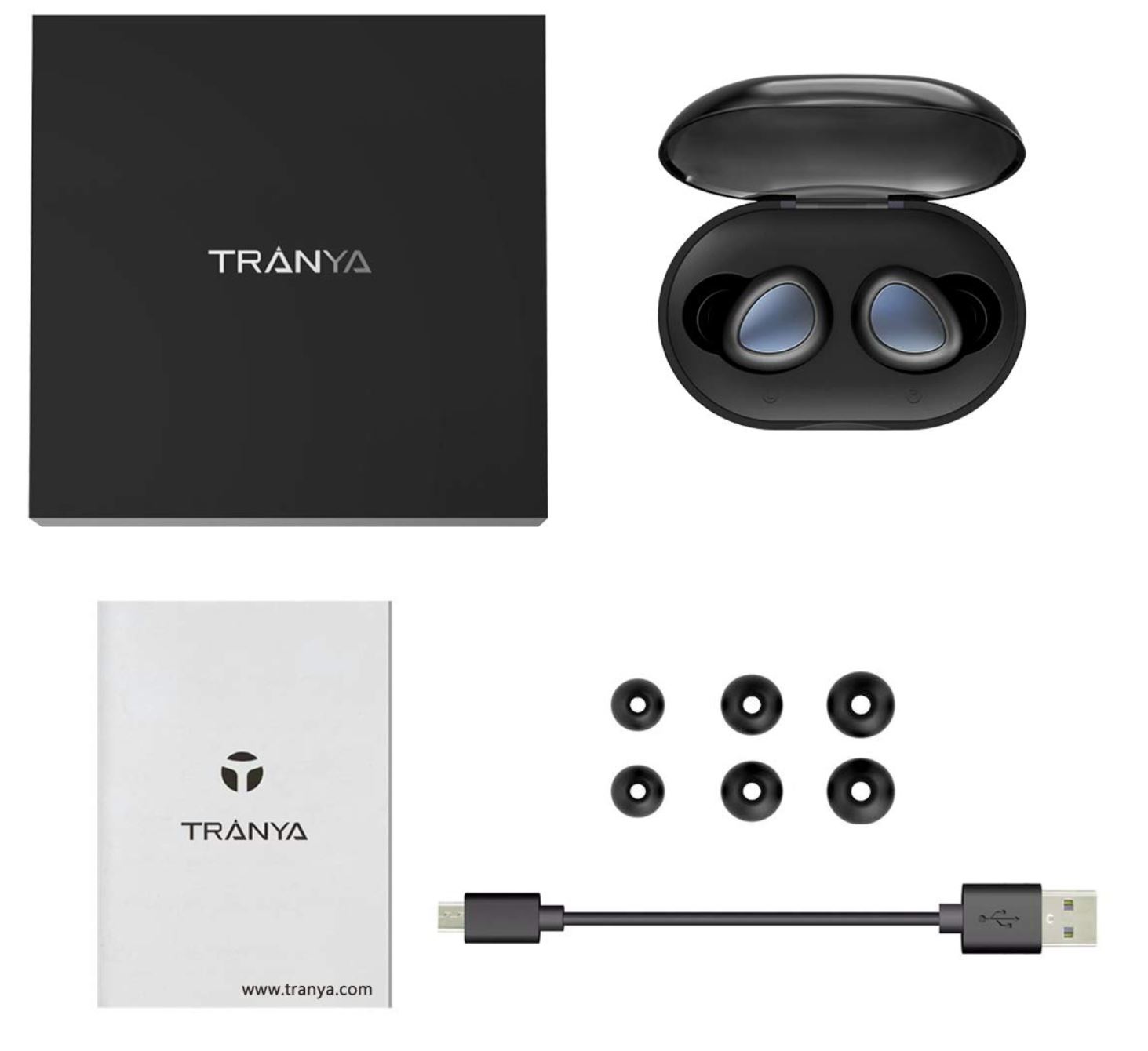 The Tranya T3 Sports Wireless Headphones are great for certain applications. The sound quality is great, whether it be for video games, music or anything else the quality of what you’re listening to will sound impressive. The drawback is while this is a great product for listening to video game music and sounds, it’s more average in regards to spoken communication. When listening to games that are saved on a hard drive or downloaded music it can provide uninterrupted playback but does hiccup occasionally with streaming audio, which is in personal experience true of most Bluetooth devices. The Tranya T3 is highly recommended for anyone who wants high quality sound for listening to gaming audio but has less demanding standards for chat.