Not too long ago Audeze brought audiophile quality sound and 3D headtracking to gamers with the Mobius, Audeze’s first headset designed specifically for video games. Audeze is known among audiophiles but the gaming market was something new to them. The Mobius was such an interesting and high quality piece of equipment, however, that other headset companies took notice. HyperX is no stranger to video game headsets and they ended up building their own headset in conjunction with Audeze, the Cloud Orbit S.

The Cloud Orbit S is unique among the HyperX Cloud family of headsets in that it’s the only one that is powered by the patented Audeze 100mm Planar Magnetic Drivers and Waves Nx 3D audio technology. This means that the Cloud Orbit S is designed to create a similar listening experience the Audeze Mobius, which creates an immersive gaming experience and crystal clear sound quality. Judging the Cloud Orbit S solely on sound quality, it’s one of the best options on the market, but that isn’t the main selling point.

Like the Mobius, the Cloud Orbit S creates a three dimensional soundscape around the user. An advantage to this in gaming, particularly multiplayer, is every sound will originate from where its true location is. If an enemy is behind you and to the left you will hear their movement in that location. With the head-tracking technology the sounds will remain at their location when the player moves their head. This creates a practical advantage in gaming since the player’s ears will be able to pinpoint the source of any threat in addition to creating a more immersive experience as the player will be able to all the sounds as if they were in the middle of the action. The analogy that’s been used before is this technology is to your ears what a VR headset is to your eyes. 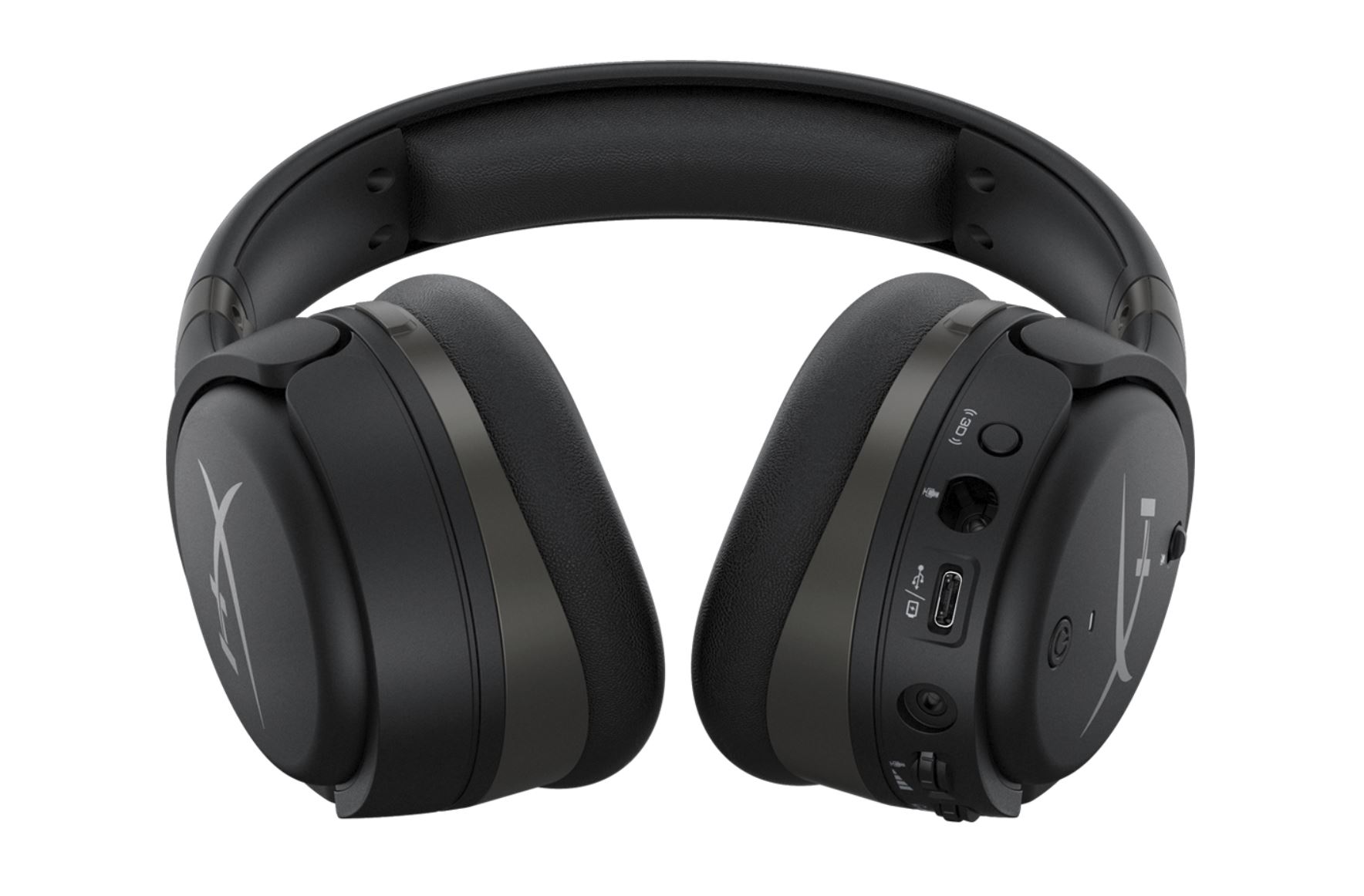 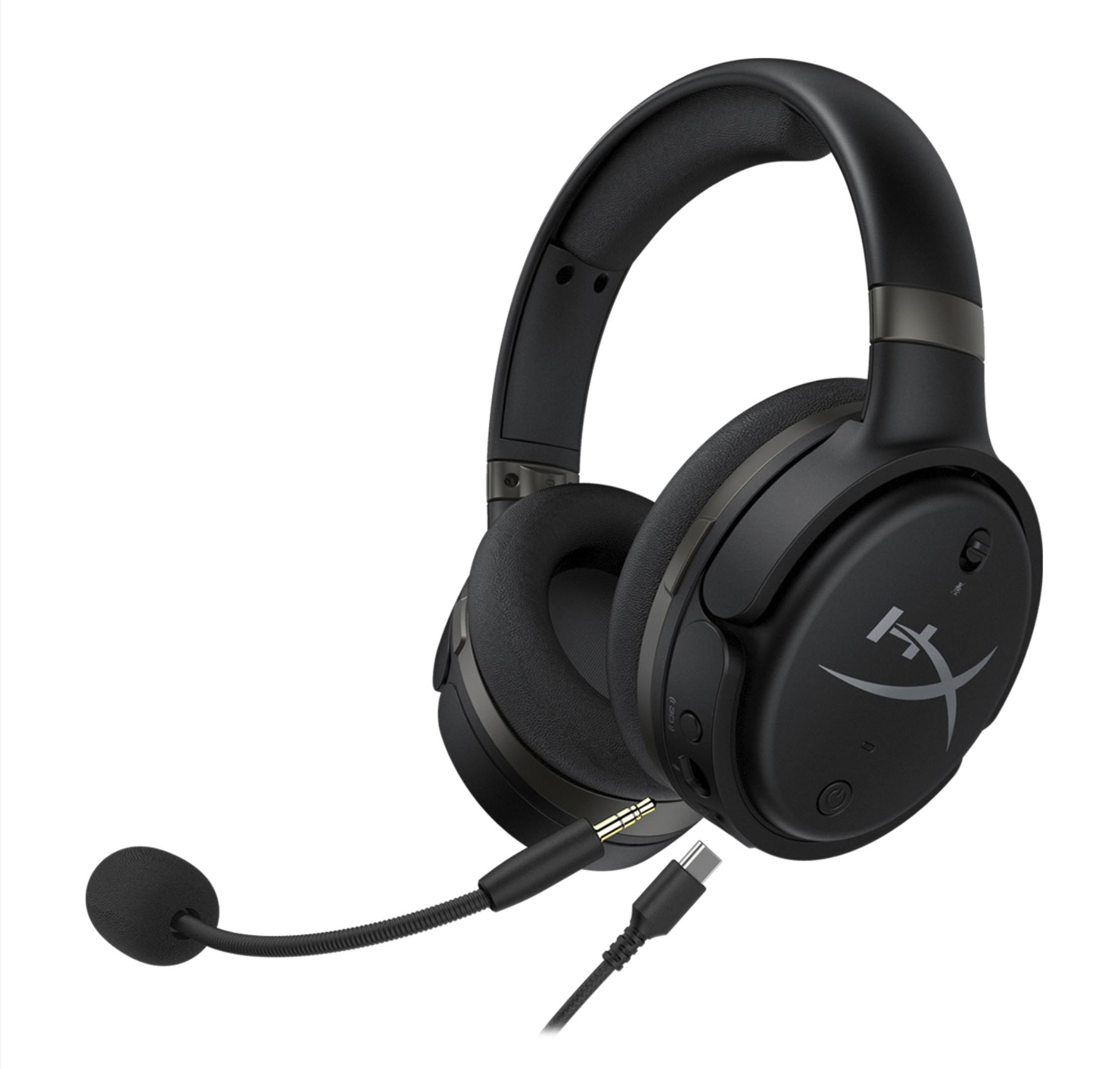 Fully taking advantage of everything the Cloud Orbit S has to offer is a bit more involved than a typical HyperX headset. The included manual and software allows the user to personalize their HRTF settings in regards to setting up their personal 3D space which includes calibrating head gestures and setting up the user’s head circumference and inter-aural arc. The user can adjust the different EQ settings to optimize the sound mix for competitive online game playing or simply listening to music. Changing the EQ settings on the fly can be done quickly. There are a few different sound modes, which can be switched quickly with the volume wheel and 3D buttons. The different sound modes are 3D manual, 3D automatic, 3D on and 3D off. The difference between manual and automatic is they both enable head tracking, but automatic has the center point following your head whenever you move while manual requires the 3D button to be pressed to recenter the user’s position. The user has options to use 7.1, 2 channel and hi-res 2 channel mode.

The Cloud Orbit S is a wired headset that can be used with the included USB cable or 3.5 cable. USB mode is compatible with PC, PlayStation 4 and Switch in the dock. The 3.5mm connection can be used with Xbox One, PlayStation 4, Switch in handheld mode and mobile devices with a 3.5mm jack (sorry iPhone users). Certain Xbox One controllers will require an adapter to use the 3.5mm cable. Having used the headset with multiple platforms and both connections, it sounds amazing in both but seems slightly better quality with the USB connection. The 3D effect sounds like a gimmick, and I was skeptical about it until I first used the Mobius and realized that 3D sound is a great feature, which the Cloud Orbit S does deliver on. Hearing enemy movement and various ambient noises coming from their appropriate locations relative to my position adds a level of immersion that is rarely attained outside of VR. Competitive multiplayer games is the best example of how the 3D sound placement has a practical advantage is games, but even with single player experiences such as Assassin’s Creed, hearing the enemy at their location offers certain advantages. On top of that, the 100mm drivers deliver incredible sound quality. Simply listening to music and hearing the different instruments around you is a great experience in itself, but being able to hear every individual instrument with perfect clarify along with the subtle sounds that are usually buried to the point of being inaudible is impressive. This is a great headset for gaming but can breathe new life in familiar songs. 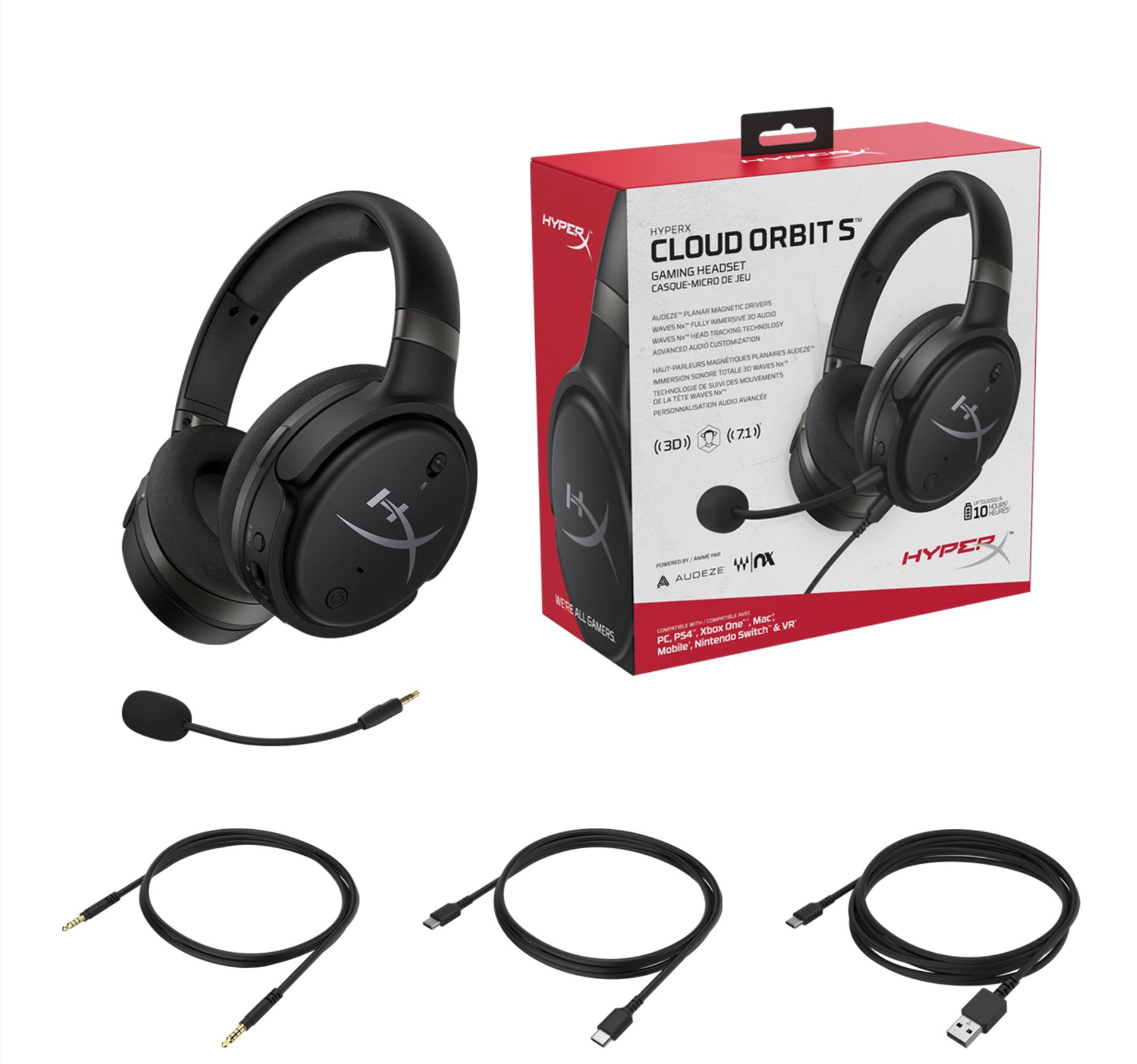 The Cloud series from HyperX has offered a variety of quality headsets throughout the year, but the Cloud Orbit S outdoes every single out one, at least out of the three other ones I have personally used. HyperX has brought audiophile quality sound to their line of gaming headsets with the Cloud Orbit S. Like the Mobius, battery life isn’t the strong point since the ten hour battery life is at half volume so it’s going to be more like six to eight at higher volumes. Sound quality like this doesn’t come cheap as the retail price is $329.99, which is high end for traditional game headsets, but cheap when compared to most audiophile equipment. For gamers looking for the ultimate headset to deliver the best possible sound, the Cloud Orbit S is tough to beat. The Clous Orbit S is in a league above the other Cloud headsets.