The year is 1988. We’ve started to see a boom in the gaming industry by this point and we’ve graduated from Pong to more intricate games. RPGs have been fiddled with to a degree by trying to digitize the Dungeons and Dragons gameplay format. In fact, shortly after D&D was published in the mid-Seventies, it was coded into a computer program that would allow players to create characters and work their way through a multi-level dungeon. Wizardry (1980) then came on the scene to give more of a dungeon experience by combining text gameplay with graphics. This leads us to the development of Dragonstomper (1982) for the Atari 2600 that actually created a fully fleshed-out open-world where players could maneuver their “character” (it was a dot–your character is a single pixel) to interact with buildings and the environment instead of just being text-based. These titles were revolutionary and sparked the necessary initiative for RPGs as we know them today.

So why the history lesson? Because Wasteland (1988) came on the scene and expanded on those initial mechanics in ways we hadn’t seen before to cement its status as a classic in gaming history. We wouldn’t have Fallout without Wasteland and we wouldn’t have a lot of games we see today without the boundaries pushed by that original Interplay development team. Not only was there an open world to explore, but they created an over-world with branching areas. Your character actually looked like a person and NPCs were brought to life through interactions with the player; even moral dilemmas were programmed into the game to add an extra layer of player choice. But more than two cold, long decades went by before we saw another Wasteland in 2014 with the release of its sequel and inXile at the head of development. Wasteland 2 took everything about its origin and flipped it on its head: better graphics, even more branching story-lines, multiple solutions to problems, timed-events and more to create a living world. It was Wasteland for a new age. Not only was I surprised, but also content with the fact that there might not be anything else after this. 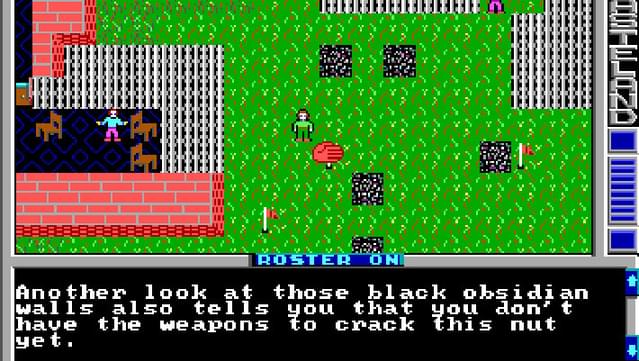 Or so I thought because inXile decided to follow up with Wasteland 3 to release in 2020 and I “can’t even,” as the kids say. When its announcement trailer appeared at E3 2019, it looked like a completely different game. Yes, the same gameplay tactics could be seen from the trailer, but everything else looked so different. Enough people have hurt my feelings time and time again (you know who you are) by saying isometric RPGs look “ugly” and they “don’t have enough graphical depth to be worth playing.” Say goodbye to those criticisms because Wasteland 3 looks gorgeous in a way that’s rarely been seen before in an isometric RPG. Generally, the isometric RPG art style features 2D objects angled in a way to make them appear 3D. It’s a style that is supposed to mimic a table-top setting for D&D. The trailer was indeed gripping, but is that how Wasteland 3 will actually look and play? We were privileged enough to receive an Alpha build for the game, so let’s see if the game lives up to its hype.

A major difference already is that Wasteland 3 takes place up in the mountains of Colorado. This is a new take on what a “wasteland” can actually be. Generally in post-apocalyptic media, the majority of plots take place in barren deserts — however, there is such a thing as a “frozen wasteland,” so number three is stepping up to the plate to serve up something different. The Alpha demo begins with the Arizona Rangers on a quest to assist the Patriarch of Colorado. The Patriarch has agreed to continue assisting the Rangers with supplies as long as they wrangle up his children and bring them home. Those little psychopaths won’t come along willingly, however, so you have to fight your way to them. The demo puts focus on one of the Patriarch’s kids, Victory, who has taken up with his gang of Breathers whom acquire strength from huffing gas all day long. It seems Victory has been having a bit too much fun and has shacked up in an Aspen resort with some of the kidnapped Rangers. Things begin on the outskirts of the resort, technically in the overworld, which looks completely different than any of its predecessors. It’s actually beautifully detailed and not just a flat topographical map. Additionally, there’s some new toys to play with, as Rangers now ride around in their own personal Kodiak tank. Not only does the tank serve as transportation across the map, but it can actually be taken into locations and used as a weapon. The ability to use gear like this is a game changer, granting more combat and tactical options. Now the tank acts as another piece during an encounter that can be maneuvered across the board. We can park it in front of us and use it as a mobile wall for protection. The railgun on top will literally deep fry anything. But if that’s not enough, you can use the tank to run over enemies you don’t want to deal with. This kind of support can prove invaluable you find yourself pinned down or in need of new tactics. 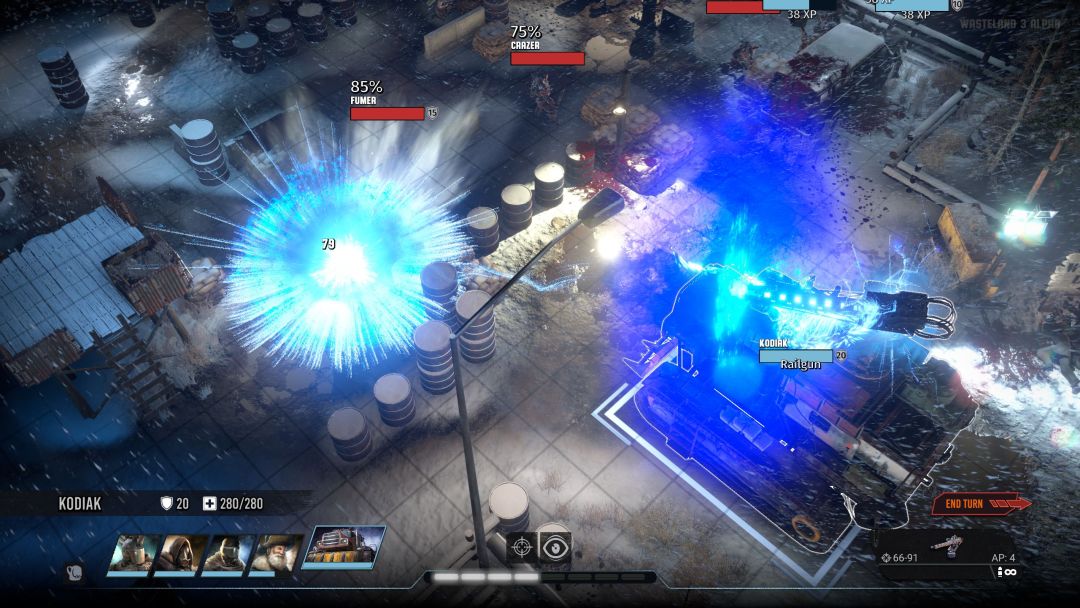 While using the tank during combat is incredibly satisfying, it unfortunately cannot be taken everywhere. Eventually it comes to a point where the tank must be left behind to continue through the resort on foot. This opens up the area to familiar Wasteland gameplay where the world is interactive and there’s a few different options for how to approach situations. Not only are there options for multiple routes to the same destination, but there are also secrets to uncover by successfully rolling to interact with unique objects, like computer terminals. Some of these routes require specific skills that may not yet be possessed, but areas passed through yield different terrain options for combat. The level design, at least in this Alpha, stays true to the elements of choice and decision found within these kinds of games. Level design is also purposefully thought out to give tactical options for engaging in combat. Just like in the previous Wasteland, terrain and elevations can greatly affect combat for better or worse. inXile has kept the combat formula that works, while adding new elements like gadgets to the arsenal. For example, now there’s the ability to throw out a small turret to provide supporting fire until it’s destroyed. These small additions to an already solid gameplay format are enough to create new depth to a system already known for years.

Not much needed to be added to gameplay, however. Where Wasteland 3 shines already is in its character interactions. Characters are fully voiced with a script that keeps the wacky spirit of Wasteland alive and well, there are still multiple dialogue options that lead to different results, but now animation is actually seen when talking to other NPCs. Instead of a dialogue bubble with a character portrait popping up, you’re now treated to a fully-animated interaction with character designs that are so detailed it sets a new precedent for the series (and frankly the isometric genre of RPGs). It’s astounding to see the amount of detail and care that is being taken to create a completely new experience. Each dialogue option initiates new responses from NPCs where we can hear and see how they feel thanks to great voice acting and detailed facial expressions. In true Wasteland fashion, there are a few different ways to complete the demo which would have affected the outcome of a full game. Once the Rangers were finally able to confront Victory, you would have to be careful about what dialogue options are choosen. Do you kill Vic for leading a psychotic gang? Should you ask him to join us? Do you leave him be? Ultimately, it’s up to the player to decide and face the consequences of those actions. 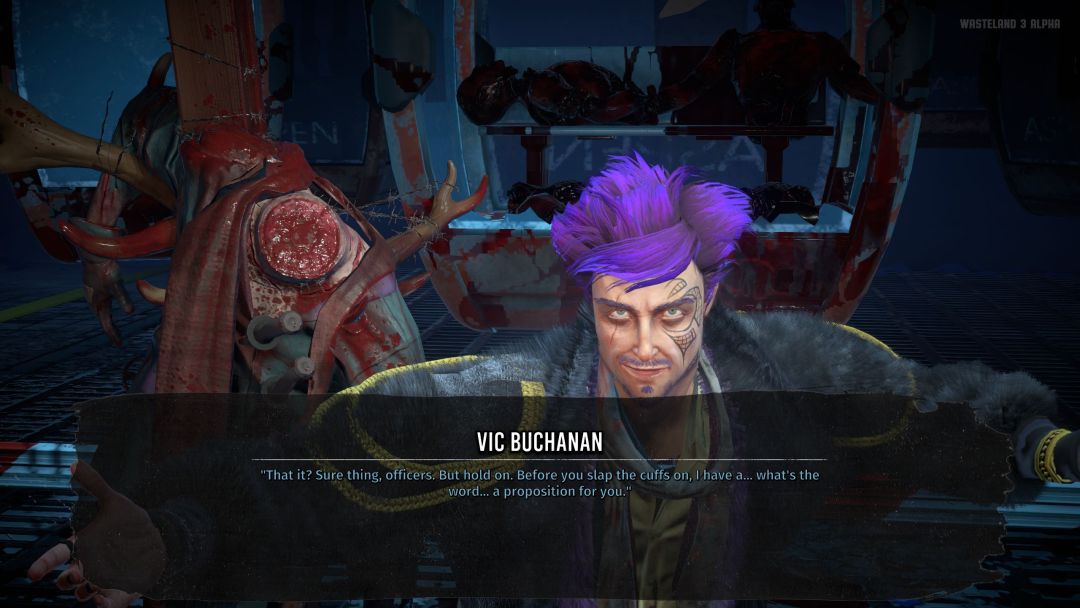 Wasteland is back in a bigger, better way. While we still won’t see the game until next year, the Alpha demo is incredibly promising. It’s obvious the development team is sticking to the true essence of Wasteland while giving it a fresh coat of paint. New gadgets to play with add just enough difference to the combat mechanics to make them seem fresh without overloading too much. The world is gorgeous and gives the game a graphical update for the current generation. These graphics also help create a living environmental world, rather than a world simply living through gameply due to interactions and timed events. Now Wasteland feels complete in a way we didn’t know we needed. From humble beginnings, it’s truly amazing how far development has come for titles like Wasteland. This new installment of the franchise continues to pave the way for its genre by creating new precedents for what an isometric RPG can look and play like. It wouldn’t be a surprise if Wasteland 3 has other surprises in store for this new evolution.