All of the monsters listed here are new to Monster Hunter World: Iceborne. This list includes exclusively the new monsters and not any of the new subspecies or variants also found in the expansion. Any monster on this list has never before been seen in the new world, but some are returning from previous titles in the Monster Hunter series. Looking for more monsters? Check out the full guide here. 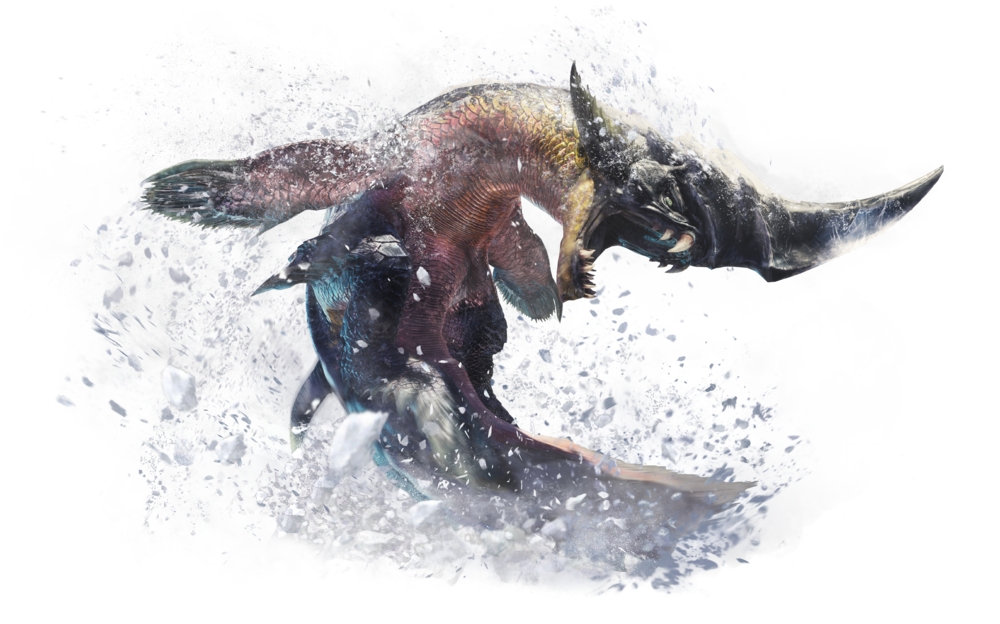 Description: This monster is the first newcomer that players will encounter in the Hoarfrost Reach. Much like Lavasioth and Jyuratodus, it spends much of its time buried underground and instead of lava or water, is cozy in the deep snow. He will fling ice and snow causing ice blight so it’s best to carry nulberries in his fight. Using Screaming Pods can help get him above ground to cause him to flail momentarily. He will stop now and then to cover his body in snow again in a wild motion so be cautious while near him. 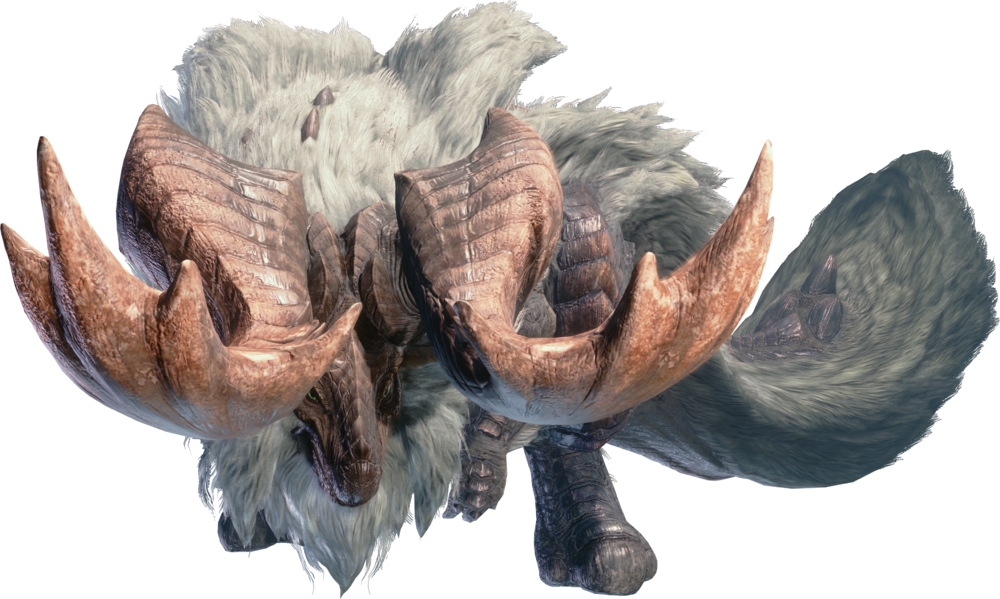 Description: This large, normally docile monster can cause quite a bit of damage when upset. It is able to throw snow and dig up trees to fling or chase down hunters with. Don’t be fooled by the fact that it is most commonly found in the Hoarfrost Reach, as this monster can be found across the entire region of the new world ready to charge at unwitting hunters. 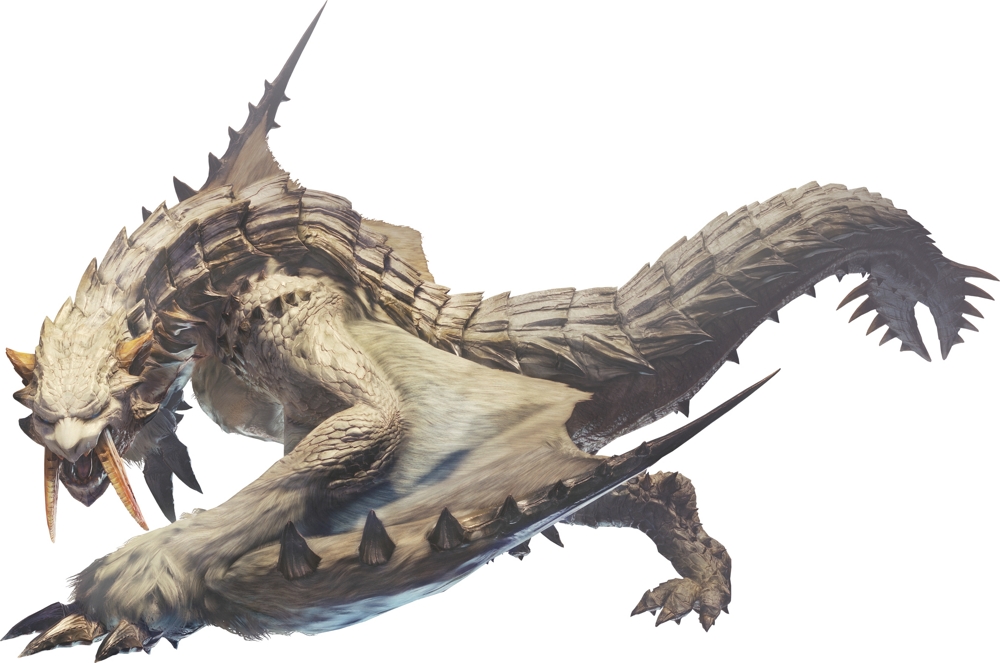 Description: Barioth is a fierce returning monster from Monster Hunter Tri who comes equipped with speed, terrifying fangs and the ability to create ice tornados. His terrifying speed and confusing ice attacks can easily leave a hunter disoriented. Flash pods and traps will help in temporarily slowing him down in order to do some damage and are always good to have on hand. 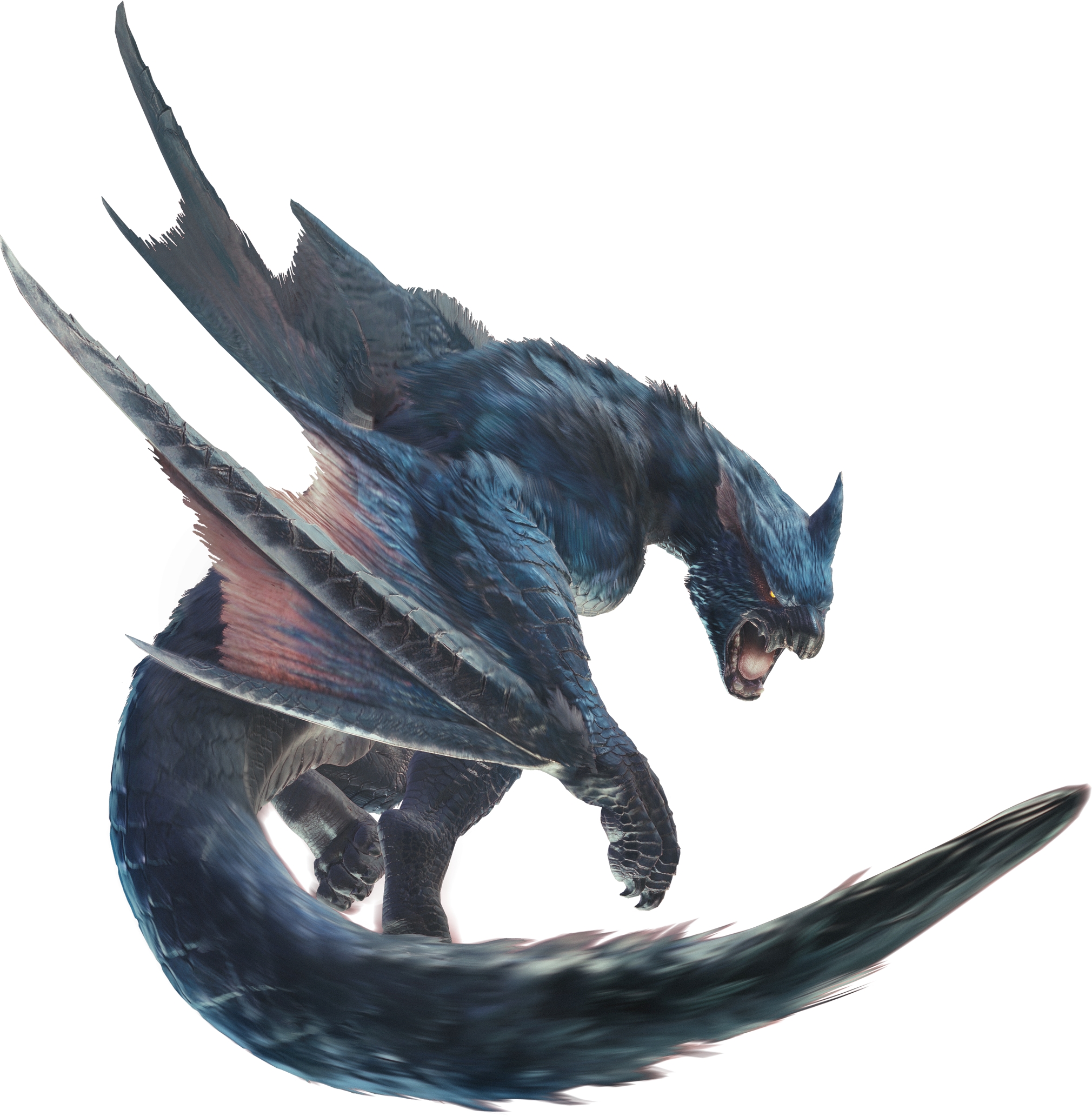 Description: This dark shadowy monster returns from its first appearance in Monster Hunter Portable 2 where it made quick work of hunters caught unawares. His most deadly attacks come from its tail which can be flung out quickly before flinging spikes at hunters. Pitfall traps aren’t effective when Nargacuga isn’t enraged, so stick to shock traps if capturing. Nargacuga will spend most of its time on the ground despite having wings but be aware when it jumps in the air or on a tree for sudden attacks. 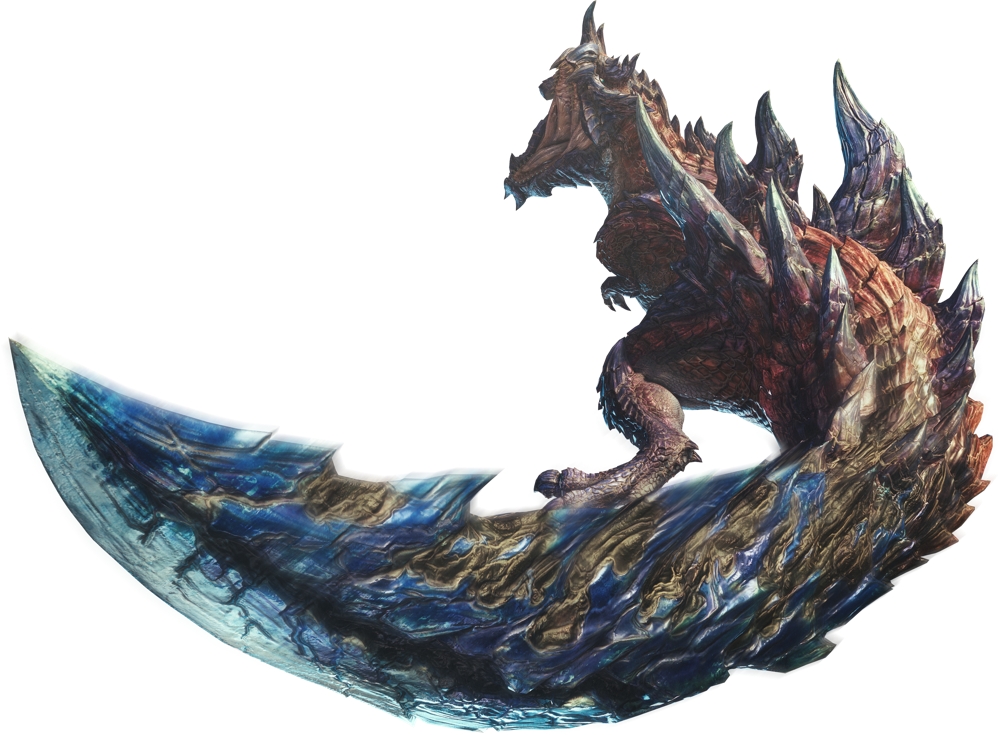 Description: This fired up dinosaur saw its reveal in Monster Hunter Generations where it used its sword-like tail to send hunters running in terror. Glavenus is capable of shooting fire from its mouth which will explode and can use its large tail like a knife to cleave through monsters. Be aware of its large spinning attack when it grips its tail in its mouth, as it’s especially deadly. Glavenus’ tail can both be broken and cut, but will only come off when it’s burning red hot. Focus heavily on it when it is or it will be easy to miss. 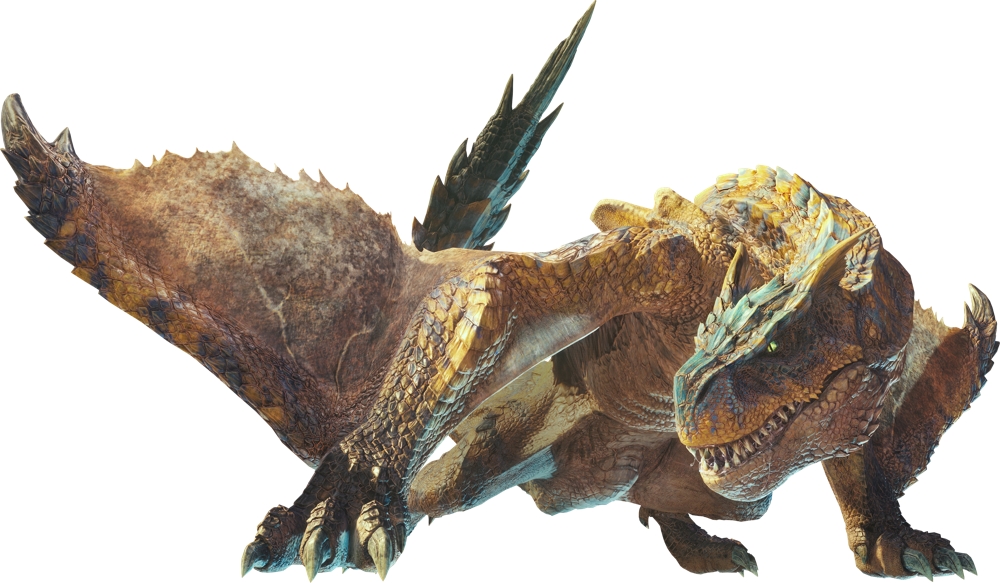 Description: This hungry wyvern made its first appearance in Monster Hunter Freedom 2, where it terrified many a hunter with its voracious appetite and horrifying roar. Tigrex will use its mouth for most of its attacks and isn’t afraid to lunge quickly across the ground at any hunter in its path, making quick turns to try and catch them. This monster will rarely fly but will make leaps at hunters to catch them unaware in the midst of an attack. 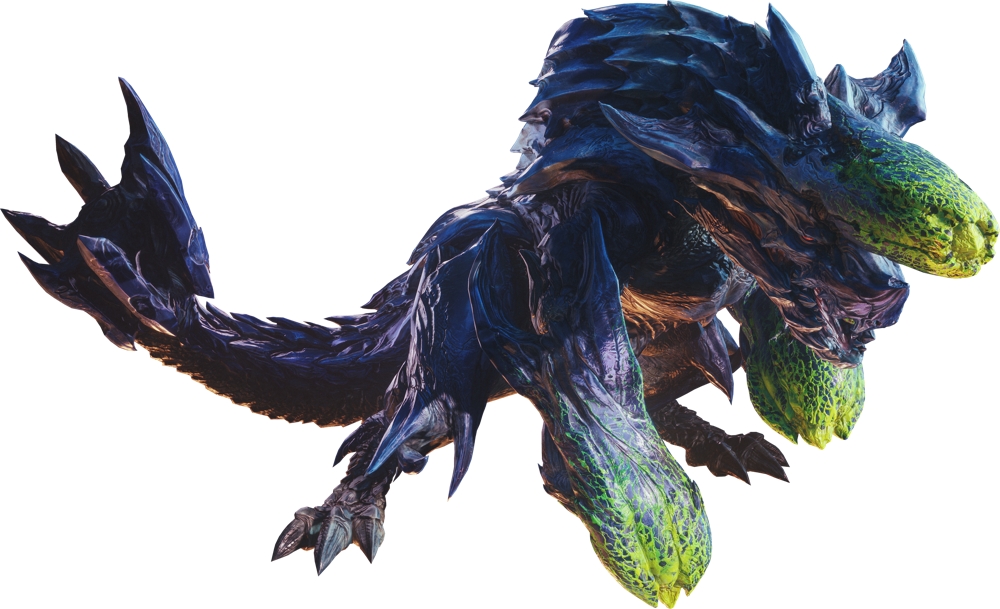 Description: This monster originated in Monster Hunter 3 Ultimate and is the father of the blast ailment or, in his case, slime. Brachydios will cover its fists in a mossy slime and use it to punch the ground, hunters or other monsters. After a brief period it will explode and is best to avoid as much as possible. When enraged, Brachydios’ slime deposits will explode almost immediately and he will cause much more deadly explosions that should be watched out for. 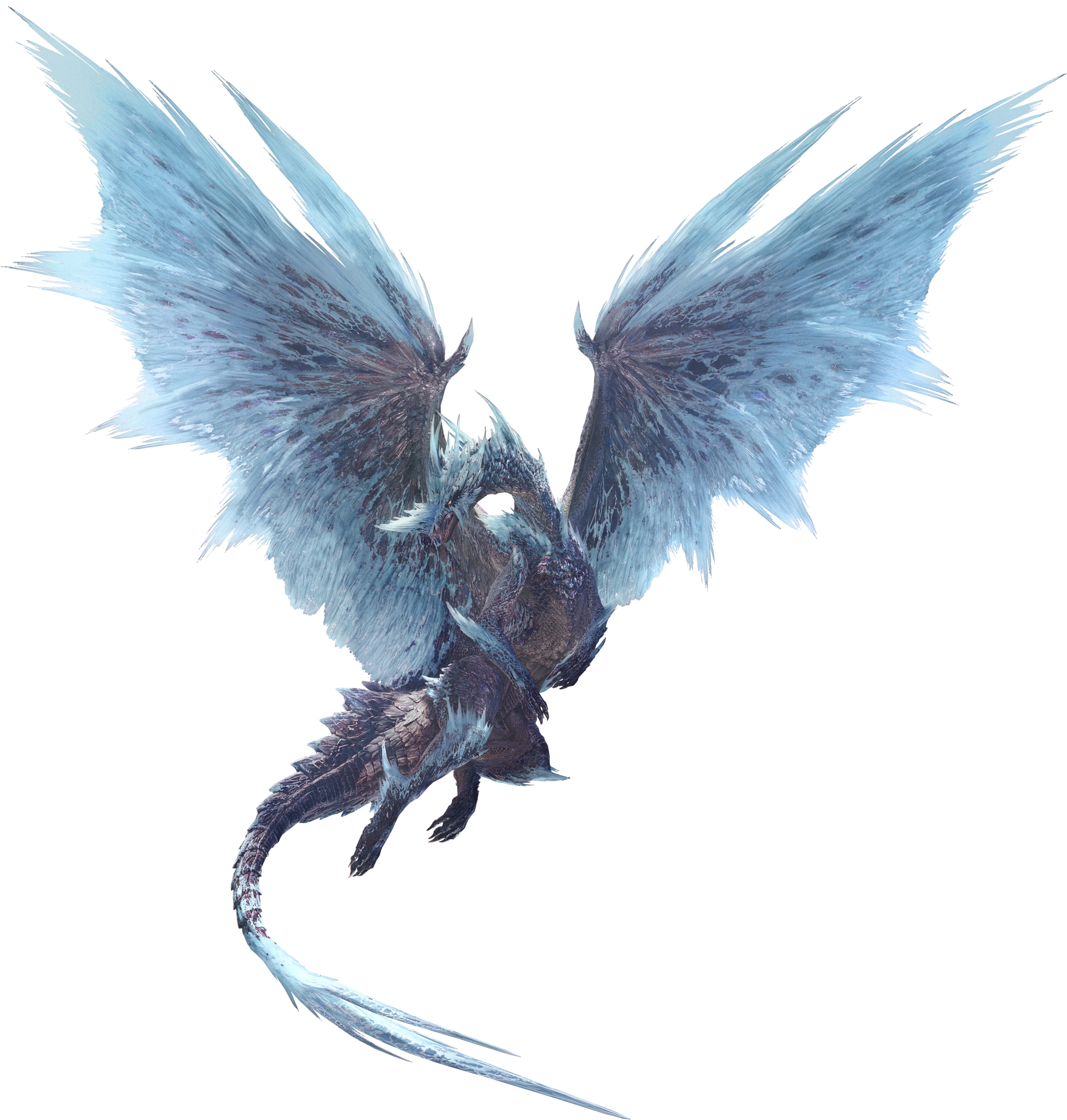 Description: This new elder dragon is the flagship monster of Iceborne, in addition to being a mighty foe. It starts out uncovered by ice but once it takes enough damage will cover the entirety of its body in icicles making it much stronger. It created cold clouds on the ground and slightly above that will turn into ice walls or falling icicles to damage its opponents. Be sure to watch out for its ice clouds that suddenly appear as it will bring large, deadly ice up from the ground to send hunters flying. 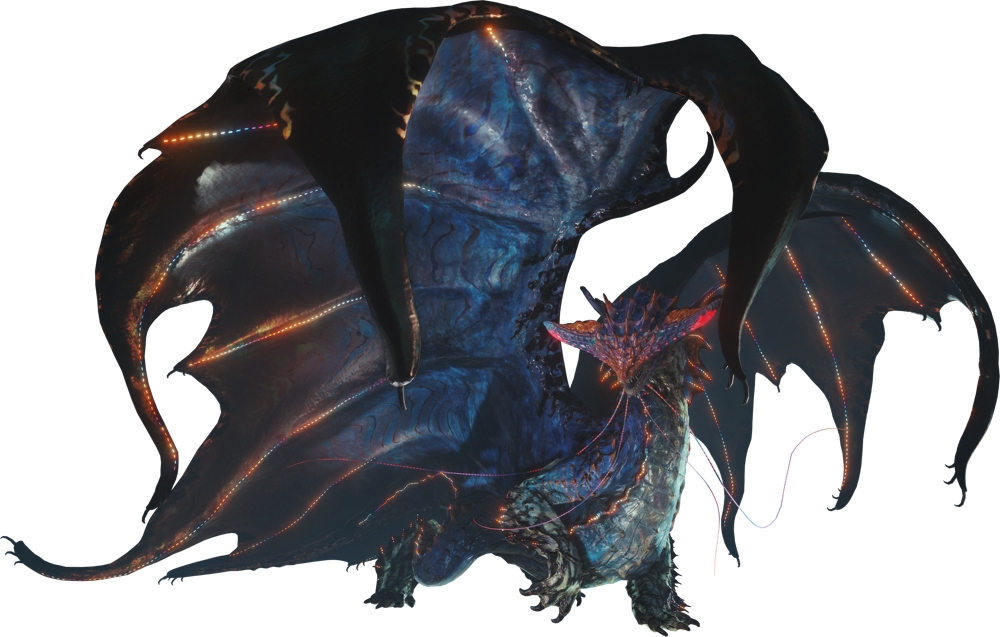 Description: This brand new elder dragon is covered in a coating of water, giving it a natural defense in combat. It’s able to freely control electricity and spread water across the ground into various pools. It’s best to avoid these pools of water or cause them to dry up with slinger ammo, as Namielle is capable of spreading its electricity through the water to cause a nasty shock. Namielle is weakest when the water has been removed from its body, so gunners in particular should always aim for exposed areas on the body.

Description: This massive elder dragon is capable of taking control of the very earth with its massive size and will take a lot of teamwork to take down. The first phase of the fight requires hunters to strip the rock-like skin from its body and can be done so by attacking its head and neck. Using the clutch claw to ram this elder dragon into the walls will help immensely and do massive damage. Once the rock has been removed Shara Ishvalda becomes extremely mobile and has a slew of targeting attacks that will do massive damage so be sure to watch closely. Take cover behind rocks that appear if needed during the fight in order to avoid some unnecessary damage. 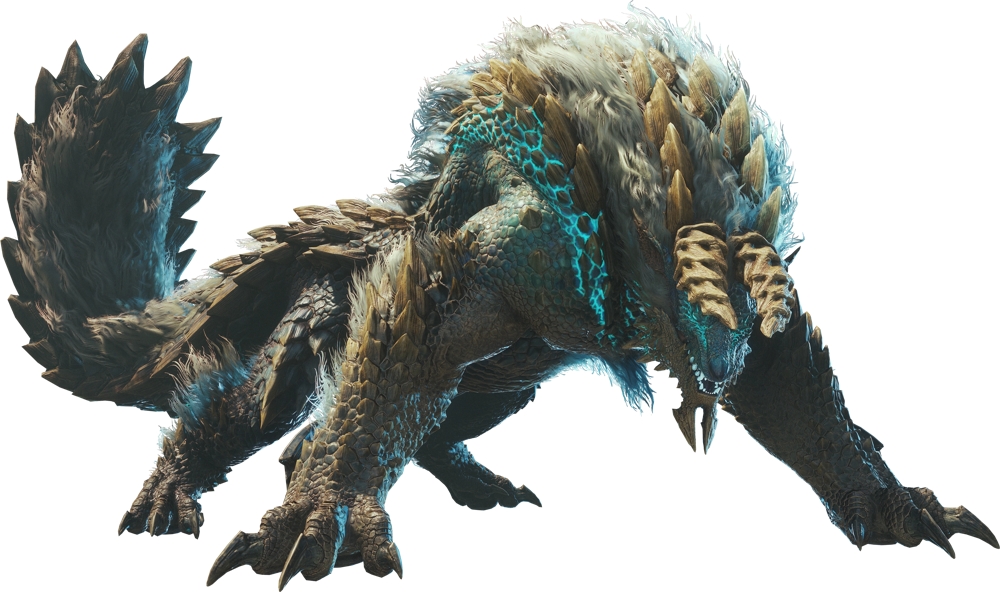 Description: This fanged wyvern first appeared in Monster Hunter Portable 3 and quickly became a fan favorite in addition to being one of the most iconic thunder monsters. Zinogre is capable of charging up electricity during a fight when it howls, and after collecting enough will go into its charged state where it can deal extra damage. It’s a good idea to watch out for its tail which can shoot out electricity when fully charged, and when it does flips on the ground. When knocked over, hunters can also gather insects from its back if they are quick enough. 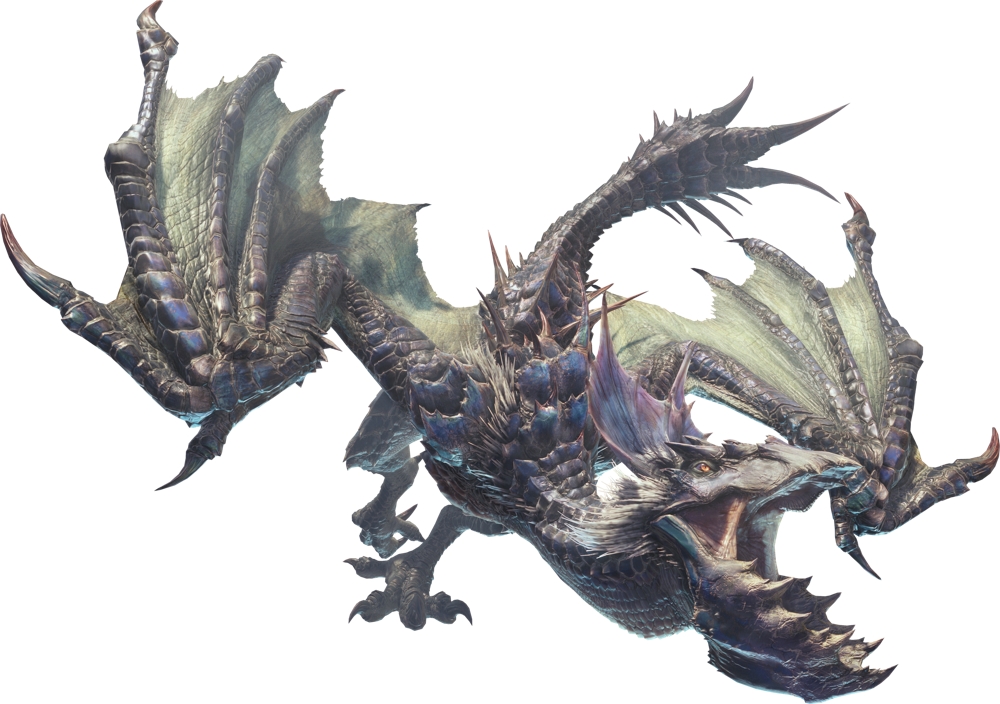 Description: This bird wyvern first appeared in Monster Hunter Freedom as a dark cousin to another similar monster. While it may look slim and small at first, the Yian Garuga is capable of poisoning its foes in quick attacks. Its hard skin makes it hard to attack, but its head is extremely vulnerable to attacks. Many of its attacks poison just from being hit, and it’s best to be especially wary of its tail and quick speed in the air. Its tail is strong and tough, but is worth trying to sever as soon as possible to reduce its length. 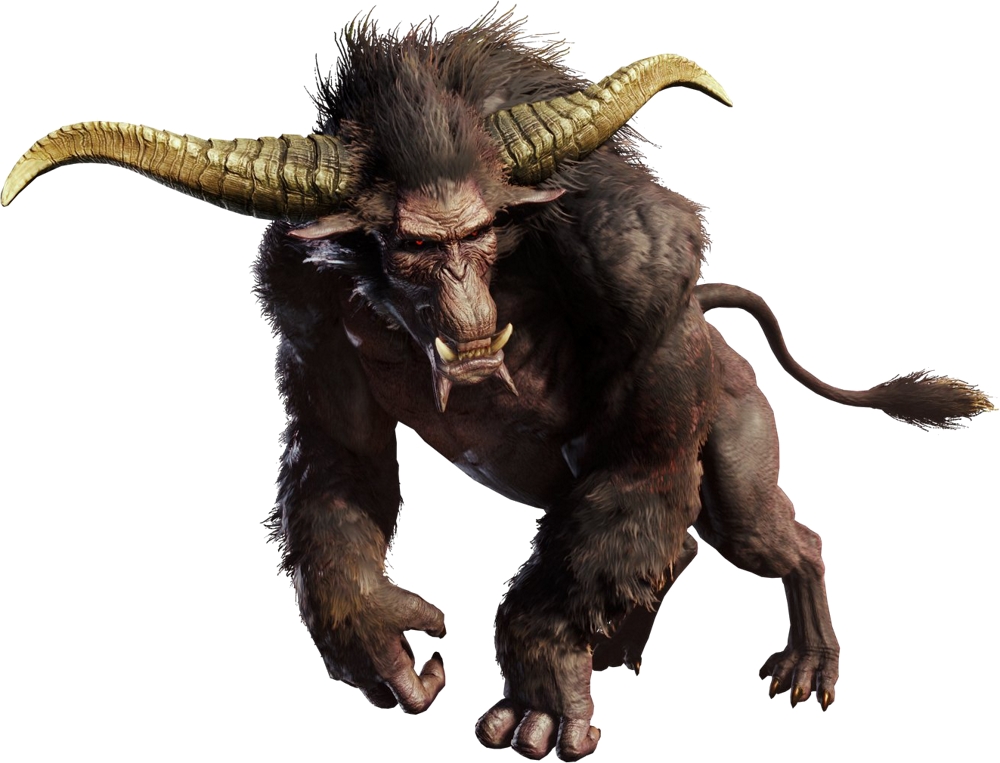 Description: This monster is not yet available to fight in Monster Hunter World: Iceborne, but will be coming later in the October update. Rajang originally appeared in Monster Hunter 2 and is considered one of the most deadly non-elder dragons due to his brute strength. Be sure to check back in October for an information update!