Subspecies are similar to Variants but typically differ more drastically in their appearance and elemental attributes from the monster they originate from. The major difference between subspecies, however, is that they are typically very different looking in terms of color, minor body changes and often can produce a different element due to a change in environment. They are almost always a bigger challenge than their normal species forms and can be a significantly more challenging beast. Often they will be included in the same weapon tree, so it’s worth gathering their parts for future upgrades. Looking for different monsters? Check out the full guide here. 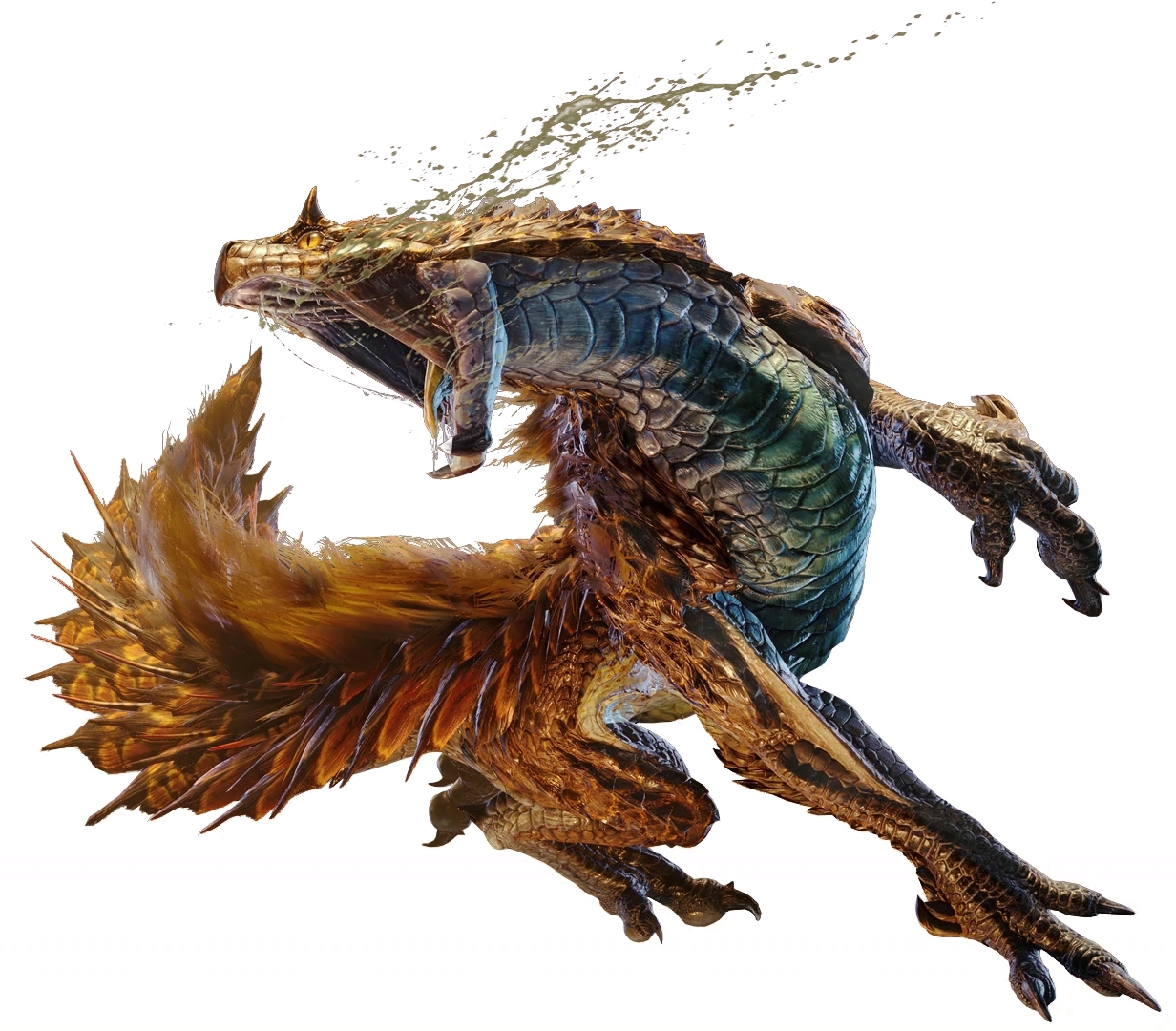 Description: The original Tobi-Kadachi was capable of shocking its foes with its thunderous attacks, but the Viper Tobi-Kadachi can both paralyze and poison those who stand in its way. Using its deadly bite, the Tobi-Kadachi can paralyze its foes while its tail is capable of producing poison to slowly whittle a hunter’s health down. This fast monsters can leap into the air and come down quickly, so be cautious of it jumping or when it decides to climb on a nearby wall. 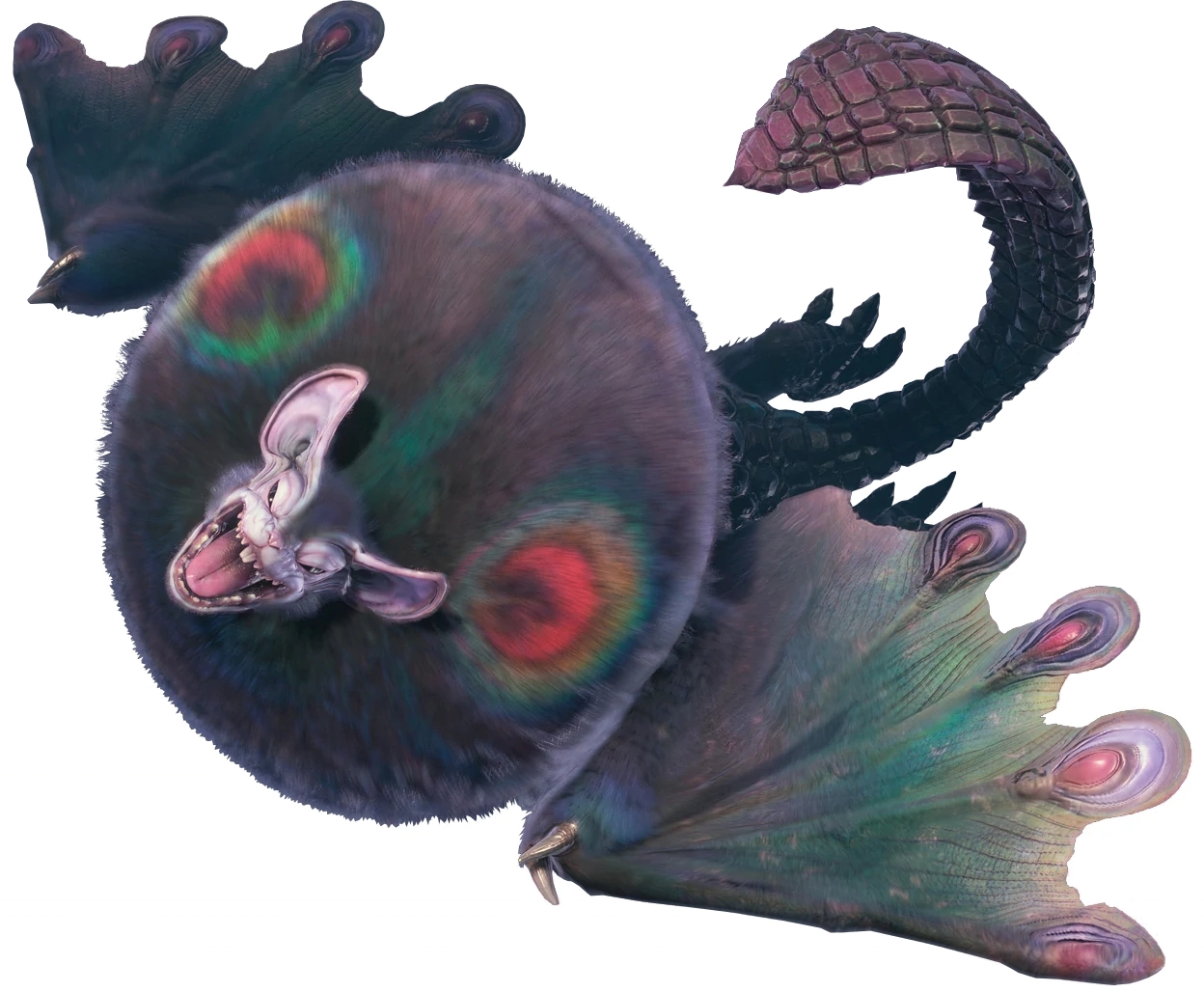 Description: Looks can be deceiving and Nightshade Paolumu is proof of that. This adorable subspecies of the regular bat-like Paolumu is much darker in color and has eye-like shapes printed on its puffed up mane when angry. Nightshade Paolumu is capable of sending out sleeping gas which it can control by sucking back up and spewing again multiple times. Energy drinks are highly recommended when fighting him as they can be used if a hunter has been caught in the sleeping gas. Having an ally or palico hit a sleeping hunter will also wake them up if they’re about to pass out or already have. 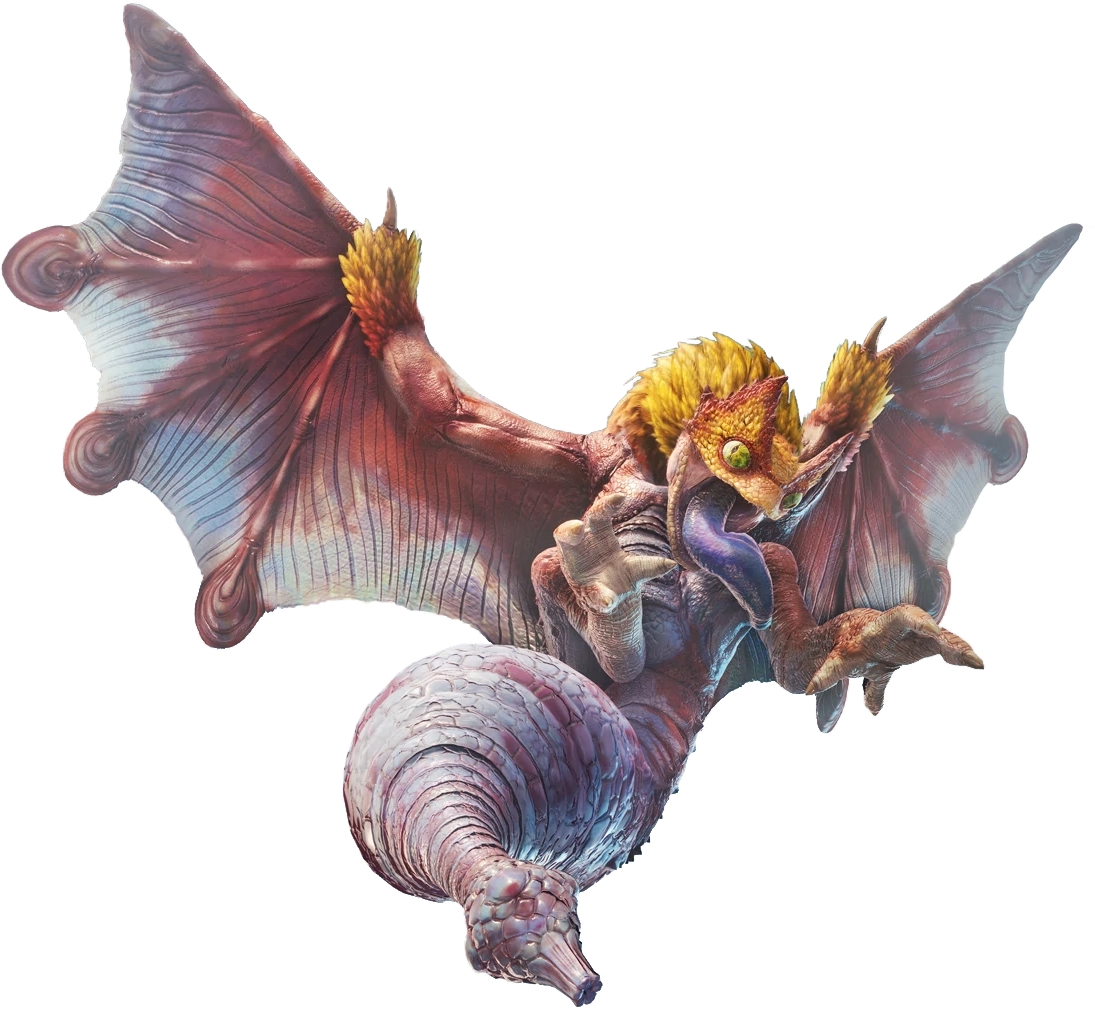 Description: This cousin of the normal poisonous Pukei-Pukei favors water from the plants in the Coral Highlands instead of poisonous berries. Coral Pukei-Pukei is bright orange and able to expel water from both its mouth and tail. It can send out large globules of water or strong streams that will knock hunters down. It will often fly in the air and send a strong stream of water in a spiral which should be avoided as its powerful stream will greatly harm any hunter. 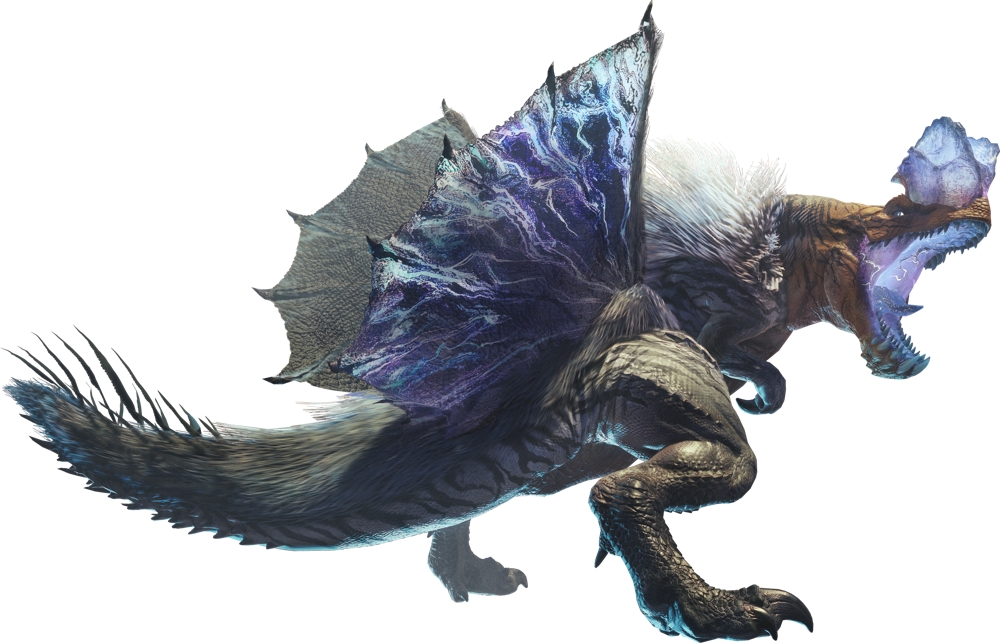 Description: This cold-dwelling Anjanath is quite the polar opposite to its fire-filled cousin. Instead of fire, Fulgur Anjanath is capable of producing massive amounts of electricity to use against hunters. When enraged it will glow blue with electricity and use its electric snot and strong bite to defend itself. While normally slow, it is capable of rushing quickly while fueled with electricity towards the hunter in a straight line, so it’s best to avoid being in its line of sight. 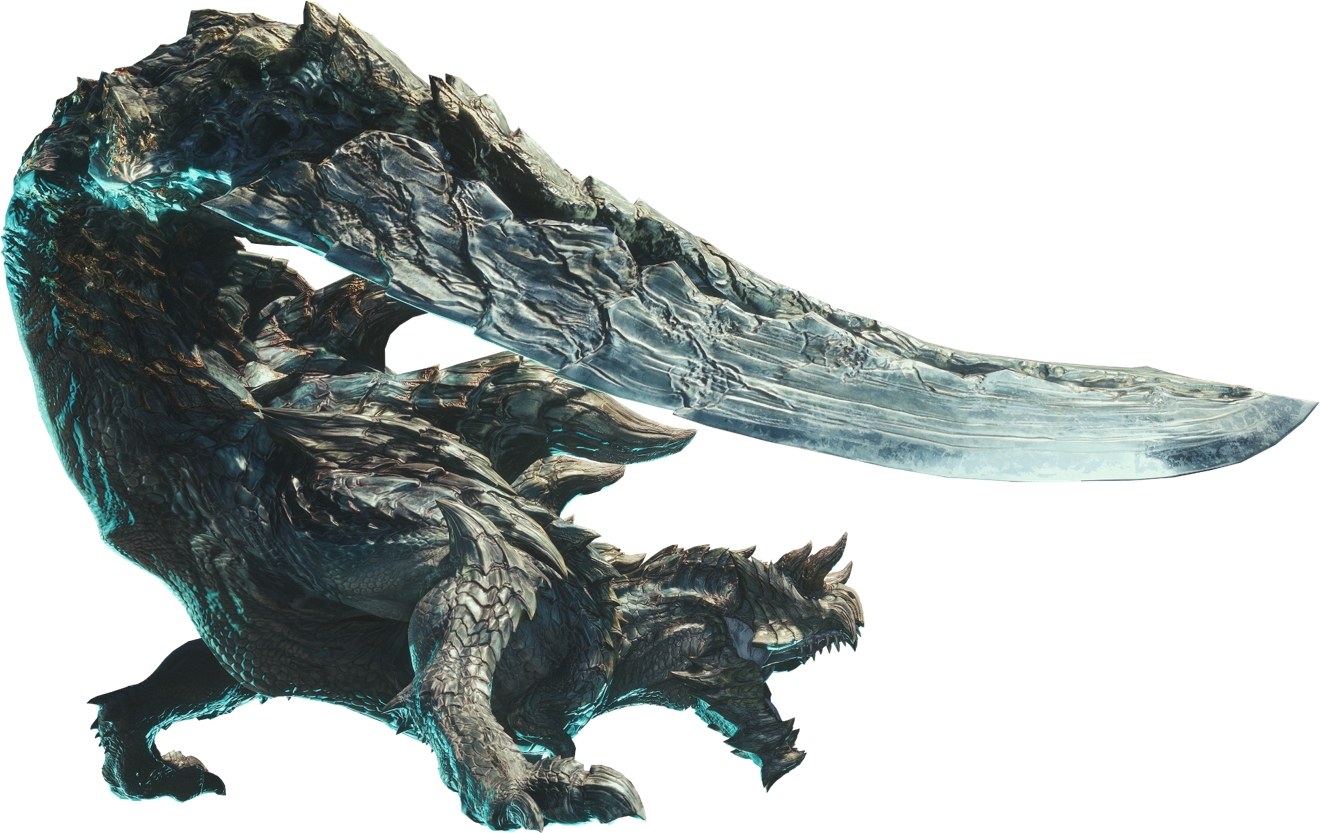 Description: This Glavenus subspecies lives deep in the Rotten Vale where it has grown corrosive over time as opposed to filled with fire. Acidic Glavenus’s entire body is covered in a deadly acid that will lower the defense of any monster or hunter it hits. While it may seem less ferocious at first, it’s a deadly foe whose tail will slice any hunter who dares challenge it. Adamant seeds are highly recommended to get rid of the defense debuff caused by its acid. 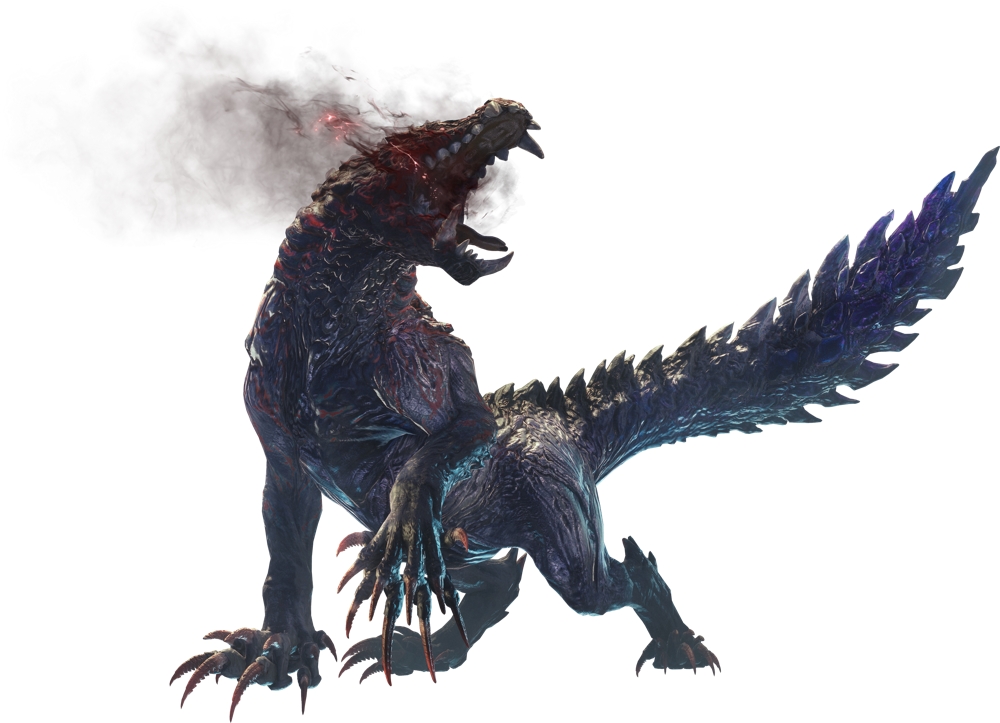 Description: This terrifyingly dark Odogaron subspecies is full of anger and looking at other monsters or hunters as its next meal. Ebony Odogaron is a dragon-fueled monster capable of more deadly attacks than ever before. Its speed causes it to be a nasty beast, and if hit by its dragon attacks will weaken the hunter. Nulberries are recommended to avoid taking unnecessary damage from the dragon ailment. Hunters can also use tainted meat on his always-hungry beast to help sleep, poison or paralyze him.

Description: While Brute Tigrex doesn’t carry any new elemental attacks, it is much more deadly and intimidating than its normal counterpart. This monster is extremely fast and its roar is loud enough to cause damage to hunters who get too close. Just like regular Tigrex, Brute will run out of strength after running a good long while leaving it wide open to a barrage of attacks. Be cautious and take it easy and Brute Tigrex won’t stand a chance.

Description: The golden queen of the skies shimmers beautifully, but is one of the biggest threats there is. Don’t be fooled by her golden colors, this Rathian subspecies is not one to be taken lightly. Rathian can dispel a terrifying firey breath that will strike down the strongest of hunters. Breaking her tail and head will help immensely in fights, although her tail will still spew lethal poison when cut. She is capable of using a special attack with Silver Rathalos as well.

Description: The counterpart to Gold Rathian, Silver Rathalos is the fiercest king of the skies who will stop at nothing to see his foes defeated. He is faster and more deadly than his normal and azure counterparts, and hunters must watch carefully for his barrage of fire attacks that he’ll spew when enraged. He is capable of using a special attack with Gold Rathian as well.