Life is Strange is one of the last remaining popular episode franchises and has been doing well with its rather mysterious and engaging stories. We had the chance to sit down and speak with Michel Koch and talk to him about the work on Life is Strange, and in particular what it was like to write a different angled story for Life is Strange 2.

[Hardcore Gamer] Could you introduce yourself and your work on Life is Strange?

Has it been difficult to work with a younger voice actor like Roman George for the project?

One of the big challenges of the game was we know that one of the main characters is nine years old. It was really exciting to create for a character we hadn’t written before. We did some testing and found Roman and we are very happy with how it turned out. I think both main characters did a great job to bring them to life.

Have you ever thought about carrying on Sean and Daniel’s story into a future installment?

I would say that we’re focusing on finishing up Episode 5 since we finished up Episode 4 last week. So we still have a few months before Episode 5 is released in December and for sure Sean and Daniel’s story has been created with a beginning, middle and the endings. So right now we’re focusing on this and we will see what happens next. 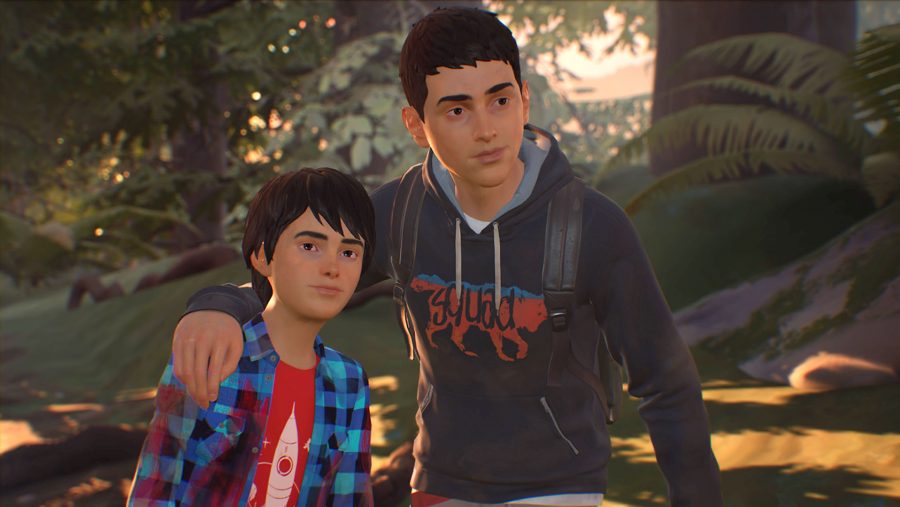 Do you feel that Life is Strange has become a series that is keeping episodic gaming alive after Telltale’s collapse?

That’s something I don’t think I’ve ever really thought about. Episodic gaming is just one way of telling a story I didn’t really see it as the end. We did write this game with being episodic in mind and thought it was a good way to release it. I’m not saying that I want to just do episodic games but it’s more considering your story and your writing and adaption. You have a lot of directors, even movie directors, who move to television and do the episodic so who knows.

How far ahead do you typically plan each episode?

When we start working on a game like we did with Life is Strange and Life is Strange 2 when we start working with the director and writer we restart but thinking of the whole story. So quite early in the beginning of the conception process we have the beginning, the endings and most of the story beats that are written but then we can start to write the script more precisely and then we go into production where we need to make adjustments to make it fit inside the planning. But we really want and need to have the story written out and really fleshed out first before we start to create the game. The game you’re playing right now is really close to the first idea and first concept we had two years ago. Some parts have been removed but most of the time when we remove something we try to re-inject it in some other moment. Like sometimes we might remove a character but put some of his story points in other characters. 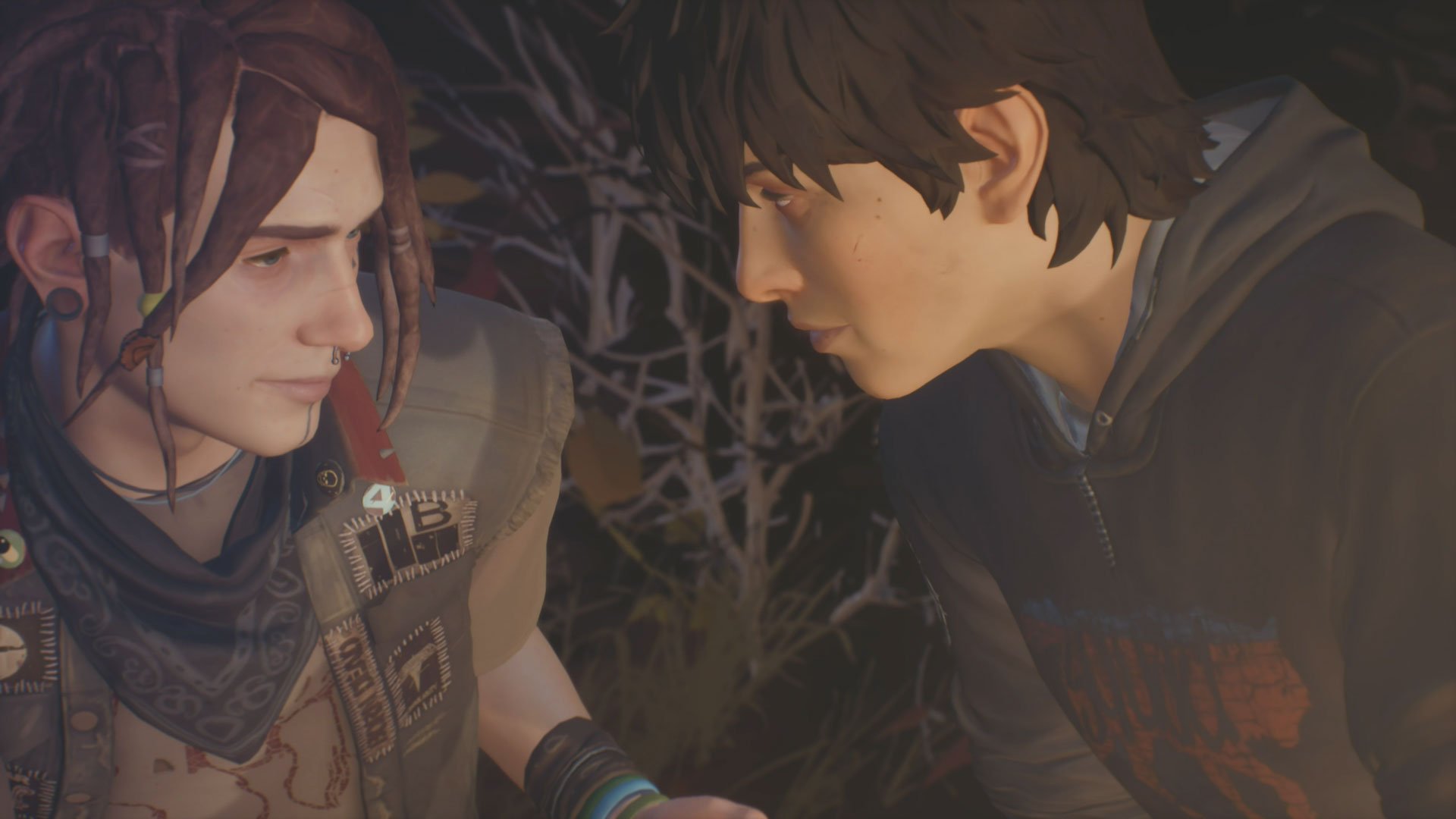 Have you ever had something change really late in production?

Creating a video game is very complicated and takes a lot of resources so most of the time when we start each episode we might need time to adjust things. So like at the start of Episode 5 we decided to remove one small scene because we believed some other scenes were more important and we needed more time on them so we decided to remove that one moment and put it into another scene. We do that quite often but we always try to not change the storytelling or story beats.

Have there been any parts or scenes you’ve regretted removing and wanted to reinclude them somehow?

There’s always regrets in what could have been, like a scene we removed two years ago we just had to reduce it a bit so we don’t end up having massive episodes that take too long. Would I try to put them back in? I don’t know, because when we remove something we try to make the rest work without it. If we added it back it might be redundant because we try to replace the missing scenes by other small parts so the real game is the one that is played and the missing parts are just in our head and it’s okay without it.

What was the most difficult segment you had to work on in Life is Strange 2 so far?

There has been a lot of challenge in this game compared to the first one. I think one big challenge of the road is Daniel. Since he’s a kid there was a lot of writing where we needed to find the good tone to write in since he’s the main source of the consequence system. Most of your choices affect Daniel in a way where we took or say different things or act differently to what happens which leads to bigger scenes where he accepts or rejects what you say. So there’s a lot of different lines of writing needed to reflect your choices with a lot of programming needed to work for him. We wanted to make sure he moves around you and react somewhat like a kid and not just a robot or something. This was a big challenge and we know it was one of the most important parts of the game since it’s so focused on Sean and Daniel’s relationship

I would say that the other challenging part for me is that we have a game that is taking the hidden side of America and talking a lot about outcasts. Like Sean and Daniel, they are on the road from the police and are taking the small hidden trails and are visiting places, meeting characters that are not your typical characters you see everyday. So it was a lot of research and challenge for us to travel a bit of the United States where we tried to meet people who were living on the outskirt of society and trying to talk to them and interview them to see how we could learn to put people like them in the game. So we did talk with some hitchhikers and some of what they said about how it’s like when you’re living outside a lot. We did use some of that for the situations you’re living in the game and for the characters you’re meeting a lot of it comes from just talking to those people. I think it was really exciting of a challenge to make sure we are talking about real people through the characters you are meeting so they feel somehow real and are not just cliches or stereotypes. 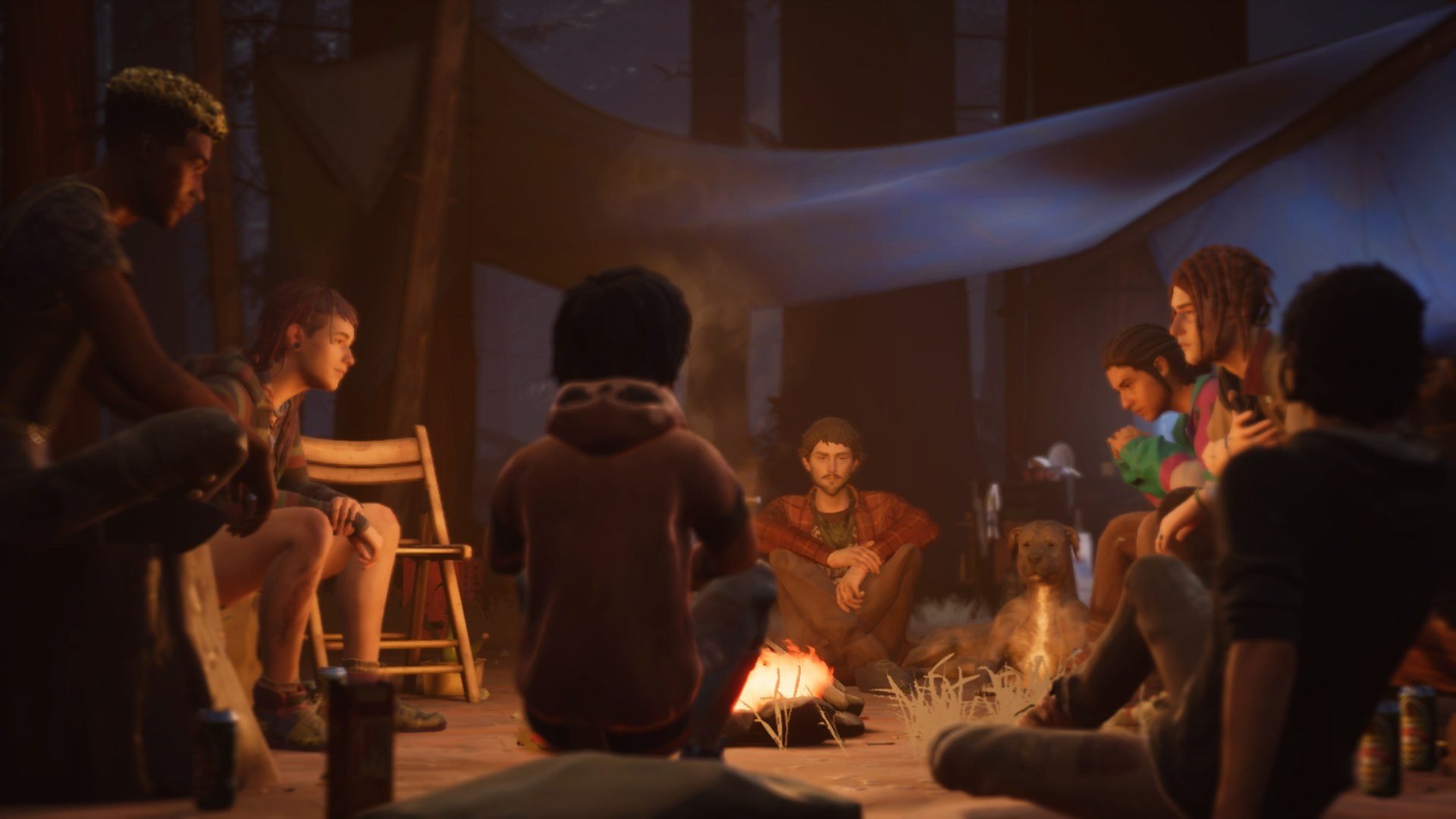 Is it difficult to have the focus to be on a pair of brothers and making sure that they feel like real siblings?

I think our writer, because he has a brother and siblings, took a lot from his own experience when writing the characters. I don’t have a brother or a sister so it was looking a lot at people on our team who have this experience so we can make sure we are portraying the relationship in a way that felt right for them. I think its been working quite well because we have had a lot of messages from players saying that they see themselves with their little sister or brother. Or people who say they see themselves in Daniel with how they were with their big brother and such. I think it’s interesting but a good challenge when you’re writing for people that are not you so you need to gather a ton of info and you’re trying to make something that works and somehow real instead of just something you’ve seen in a movie.

Have you been following the work of Emma Vieceli on the Life is Strange comics?

I actually have not yet. I would really like to read it but I just know when they started to write the comics I gave a few notes to Square Enix for general guidelines to follow. We didn’t know exactly what would happen after the ending, and something that was important is that when you’re driving with Chloe at the end of Life is Strange 1 if you decide to sacrifice I don’t really know where they are going. I have my ideas, but I like the idea that players could have their own ideas of what they’re doing so I didn’t want to define what was going on but I did give some guidelines of what would at least be a state of mind and things like that. I really like the cover art and some of the art style so I need to find time to read it.

Any final words you’d like to give regarding Life is Strange?

So, with the release of Episode 5 in December we hope that players who have yet to give a chance to Sean and Daniel will want to maybe try exploring their journey and we hope they like it.