There are a lot of great sports titles out there, and while Windjammers might technically count as one, it doesn’t really feel like it. The original Windjammers launched on the Neo Geo and would later see various ports and releases on modern consoles. Over twenty years later, Windjammers is getting a revival with a sequel that no one knew how much they wanted. Windjammers 2 takes a simple concept and drives it home that this is one wild ride worth checking out.

Frisbees are fun to play around with, but Windjammers takes it to a whole new level by incorporating a one-on-one match to score the most points in the opponent’s goal. It might sound similar to pong or air hockey, and it is, but on a wild and crazy level that makes one forget what kind of title they’re playing. It feels more like a fight than a competitive sports game with the characters doing crazy tricks to get a goal, causing fire and throwing inhumanly fast. The best thing is while it can seem confusing at first, it’s easy to pick up and enjoy. 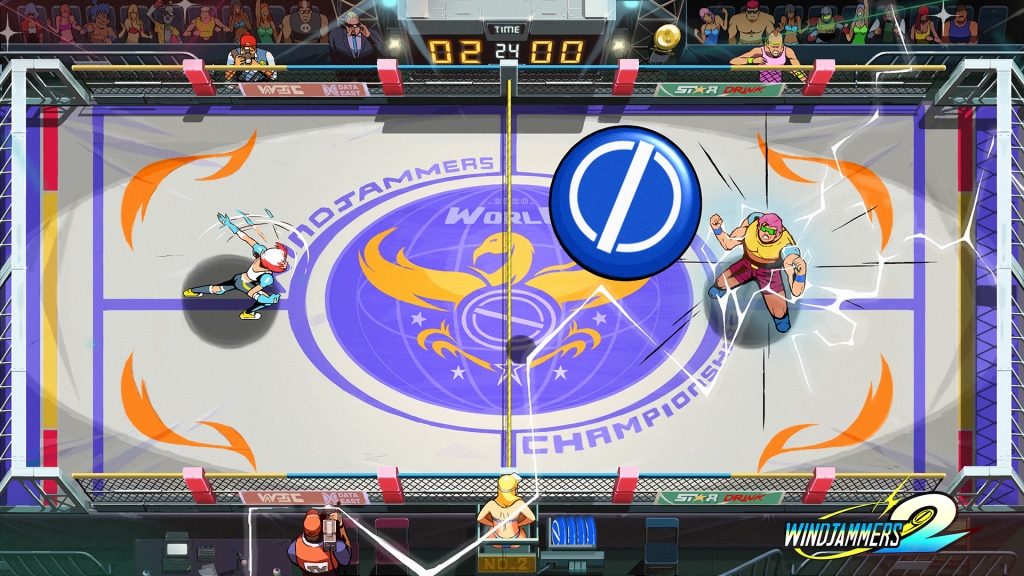 Windjammers 2 is taking all of the good from the original title, from its characters to the basic gameplay, and amping it up with brand new abilities to rule the field. Each character, old and new, has their own special ability that makes picking one an important choice. All they need to do is score the most goals in time limit or reach twelve points to win. Depending on the position on the field, point values will differ. Being further back rewards more but the opponent has more of a chance to catch it. The biggest key element is just how fun it feels to play.

This is not a title where players have a ton of time to think about their strategy. The fast-paced gameplay keeps players on their toes, always needing to return the frisbee and quickly think how to throw in order to score. They can throw it straight on, put a little curve on it, bounce it off the wall or maybe even lob it to throw the opponent off. It’s a satisfying time that doesn’t even feel disappointing to lose and instead just makes players want to jump back in and go another round with its fast-paced combat. There’s so many great ideas wrapped up into such a simple concept that it’s easy to see why so much love as been put into crafting a sequel. 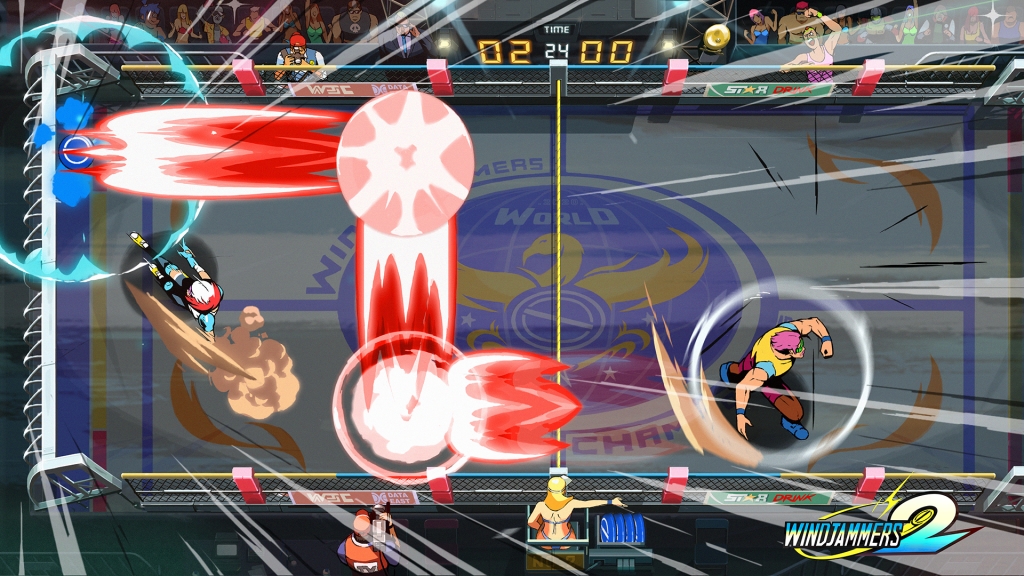 The original Windjammers may not have been the most popular across the board, but it was a title that many players loved and were happy to see it not be forgotten with the announcement of the sequel. Windjammers 2 is aiming to bring all that love in the original back with an event bigger focus on fantastic gameplay and sports combat that players will enjoy for a good time to come. The addition of online multiplayer makes it all the more ready to be enjoyed with players around the world, so friends no longer have to sit side by side to enjoy their time on the field throwing frisbees so fast it boggles the mind. Anyone wanting to dive further into the world of Windjammers 2 will be able to check it out when it launches this year for Switch and PC.