As big a threat as they are to Jesse and the rest of the Bureau, it seems the Hiss is only the beginning. Remedy has revealed that Control is going to continue to grow over the coming months, starting with the addition of Photo Mode sometime in Fall 2019. After that, a new game mode known as “Expeditions” will come to the game, challenging players to dive into “The Formation” to clear some of the Oldest Houses most difficult troubles. 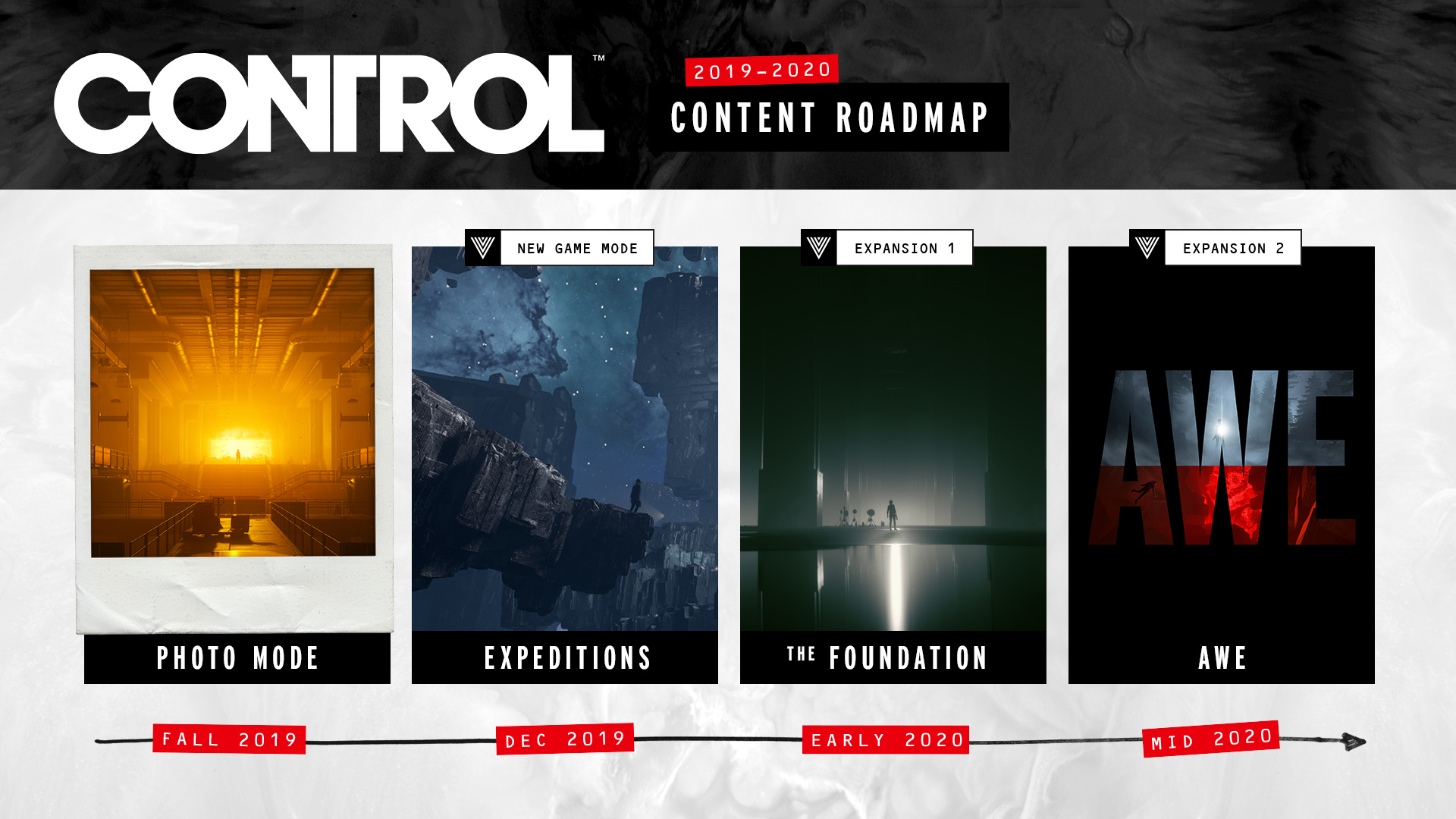 As for the two paid expansions listed for release in 2020, both will bring more story missions, enemy types, game mechanics and locations to explore in The Oldest House. The first of these, “The Foundation,” sends Jesse to the bottom-most levels of The Oldest House in an effort to return order to the chaotic structure. The second, “AWE,” sends Jesse to the “Investigations” sector to learn more about how the Bureau monitors and reacts to “Altered World Events.”

Fans should pay especially close attention to that one, as it might just tie into Alan Wake (take a very close look at the top image in the lettering). Without getting into spoilers, it’s very heavily implied that both Control and Alan Wake take place in the same universe, so it’s entirely possible that Alan and Jesse could meet one day. So yeah, it’ll be very interesting to see if this leads anywhere.

Control is available now on PC, PlayStation 4 and Xbox One. Check out our full review for the whole scoop on what exactly lies in store for those who choose venture into the Federal Bureau of Control.