Granblue Fantasy is most well known for their mobile gacha title, where its many characters became popular with fans around the world. Now players are getting a chance to experience the world in a brand new setting with a completely new approach in Granblue Fantasy: Versus. This fighting title takes the world and characters into a mixing pot of familiar fighting titles and takes on a brand new approach that might just entice players into trying something new.

In Granblue Fantasy: Versus each character has their own story, motivations and purpose. It has yet to be revealed if these will play strongly into the single player mode for Versus, but each character does have their own unique interactions with one another before and after a fight. Before the battle players will greet one another, whether nicely or not, and give players insight into their relationship with one another. Following a win or defeat, characters are happy to see they’ve done well and are able to continue on. It’s a small detail but helps sell that this is still a world filled with characters and not just a fight that came out of nowhere. 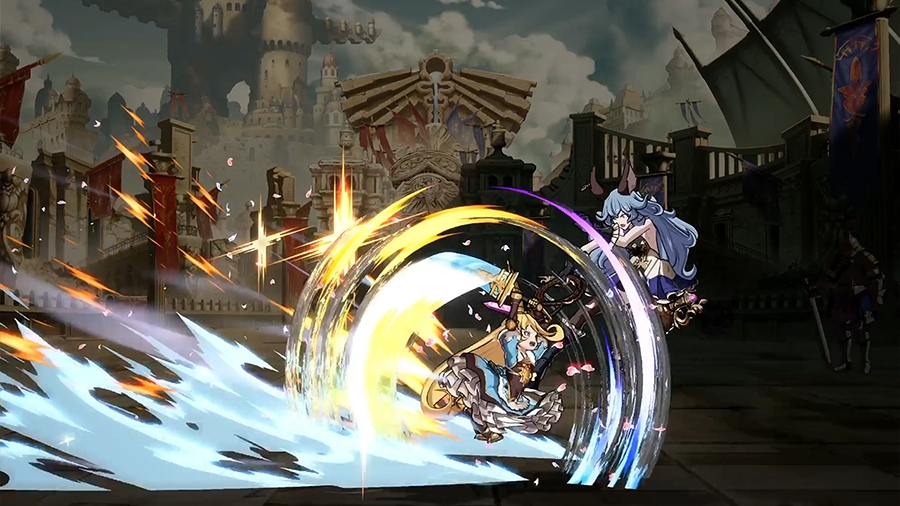 The actual combat itself feels great and a lot more fluid than many other modern fighting titles. Like most modern fighting titles, players can pause to see all their attacks and special so they won’t need to randomly guess what each attack does. In a nice addition, the pause screen showcases the range of each attack as well to give players an idea of how to use or combo off of it. Basic attacks are light and heavy, with special attacks having a cool down after use that’s displayed on screen in order to give a leg up to other players to use to their advantage.

It’s often hard for newcomers to a fighting title to feel like they can really grasp the controls. That’s why Granblue Fantasy: Versus seems so welcoming, as it has great simple options for players. Those who want to use more traditional fighting moves can dive right in, but for others starting out using simple button presses for combos will make a world of difference in getting them invested. Special moves even take a more Smash Bros approach with the different attacks being linked to different directions instead of complex tilts. It’s a nice option to see in a newer fighting title where others might not be as open-arms for those who really want to try it out. 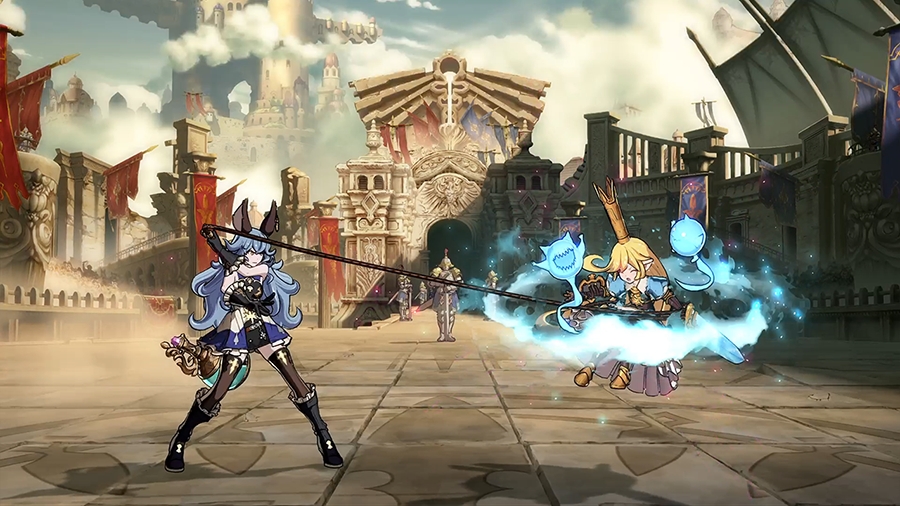 It’s great to see Granblue Fantasy continue to spread out and takes its wonderfully unique world filled with characters to a new genre. There’s so much potential in the wild variety they have available and starting with a fighting game is a simple approach that hopefully fans of the series and those who weren’t interested in the mobile title will come to enjoy. There’s a lot of familiarity in each fighting title, but each unique element makes them stand with Granblue’s strength being its willingness to open its arms to all levels of play. It might be a little while but players can look forward to trying out Granblue Fantasy: Versus when it launches in February on PS4.