There are a lot of games that focus on romance in the midst of dating in a rocky relationship, but not too many like to focus on the good times between a couple. Haven is a title that puts players in the role of a pair of lovers, who are for the most part happy with where they are and their relationship together. The two are on a mission to stay together, with their bond being reflected strongly in gameplay all about these two and their time becoming inseparable.

In Haven players take on the role of Yu and Kay, a pair of lovers who only wish to be together and have rebelled against their home world on a foreign planet. The two spend their days exploring the planet gathering food, ingredients and fighting the occasional diseased animal they stumble across. Instead of just playing as one of the two characters, players take on the role of both. During visual novel-esque conversations, the player’s decision to answer will switch back and fourth between the two. Answers will also increase the bond between them and a better bond makes the two stronger. 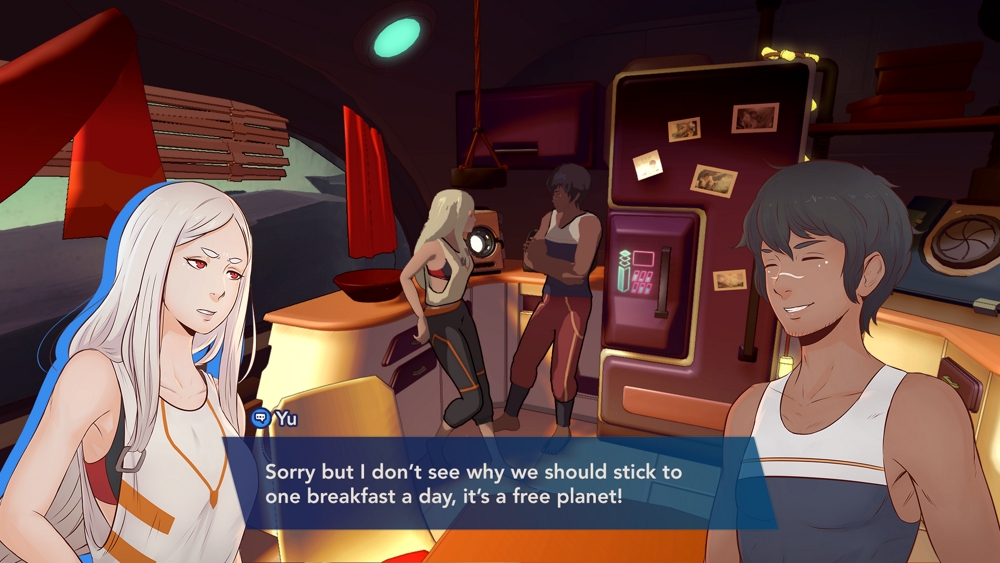 Outside of their ship, Yu and Kay are capable of gliding across the ground thanks to the attachments on their legs. They can gather energy from around the area, which is also used to power their ship. While out and about, players can freely switch between the character they control as the other tails beside them. This doesn’t change gameplay, but there’s occasional dialogue between then when switching back and fourth. The two will often stumble across a part of the world covered in a dark purple substance that infects nearby animals. These animals are aggressive, but Yu and Kay are able to help them by initiating a fight.

In a fight, Yu and Kay fight side by side with each character taking over one side of a controller. Kay’s battle controls use the left side d-pad or buttons, while Yu uses the face buttons. Monsters are weak to different kinds of attacks that the player must figure out, but defeating them isn’t enough. After a monster has been knocked out they must be cleansed or they will come back with full health. Yu and Kay are also capable of combo attacks, in which both characters attack or defend together for an even stronger hit. Cleaning their planet will allow new resources to appear from food they can collect, to new bridges for areas they haven’t yet visited making each area worth investigating and helping out the planet they’ve chosen to live together on. 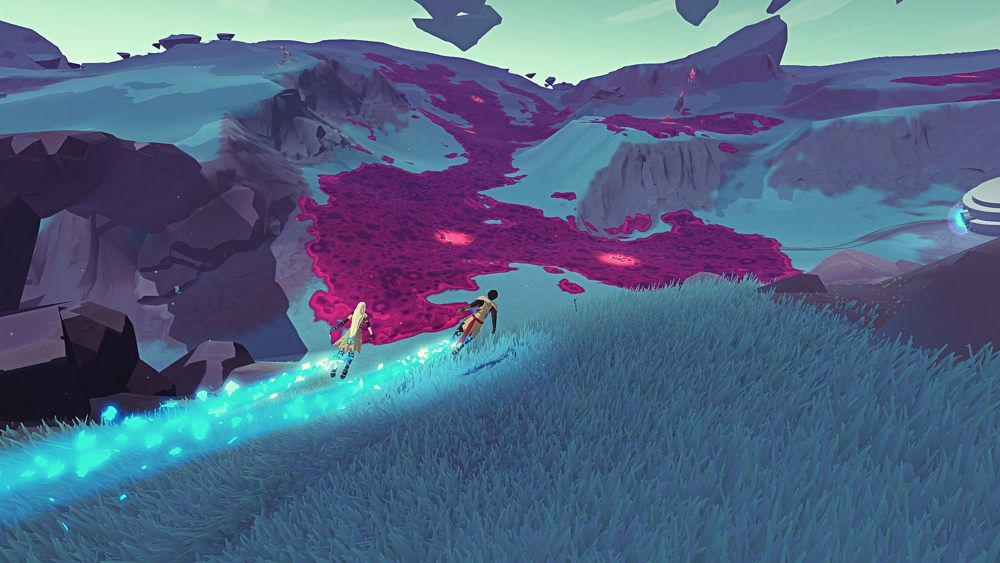 Although most recently known for their work on Furi, The Game Bakers decided to make a more relaxed title that really sells the feeling of escape and love extremely well. From the beautiful atmosphere, to the wholesome story of two characters happy to have escaped in order to enjoy their life together, it all clicks as a beautiful unfolding experience. While there’s no definitive date for release at this time, players can look forward to checking out Haven even more in 2020 on PS4, Switch and PC.